Georgia rarely gets hit by hurricanes, but this hurricane which took place in Savannah, Georgia on August 27, 1881 was the 6th deadliest hurricane in USA records since 1850. The hurricane caused 335 deaths in the city of Savannah.

Swept to Death By the Gale

Great Destruction and Loss of Life in Savannah

A terrific hurricane visited Savannah on Saturday night. The velocity of the wind was about eight(y) miles an hour. Early in the evening the Signal Service office was unroofed and the instruments destroyed. A portion of the roof of the Morning News office was blown off and the building flooded. The City Exchange was badly damaged. A number of firms on the bay lost heavily. About fifty privat dwellings were more or less injured. The sheds on the new wharf of the Baltimore Steamship line were blown entirely down. Several flour and rice mills were unroofed and their contents flooded. A large portion of the city was under water for several hours. The Central Railroad wharves were badly damaged. The public parks were denuded of some of their finest trees and otherwise injured. The destructions of shade trees was very great. 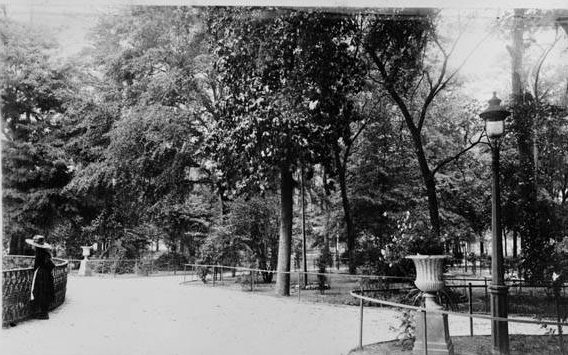 The Georgia Infirmary was wrecked and the patients barely escaped, a number being bruised by falling bricks and plaster. The German brig Maria Louise, Capt. Minke, had her stern badly smashed and her rudder, bowsprit, and jibboom broken. The pilot boat Maid of the Mist collided with a schooner and sunk, and several tug-boats were injured. The steamer City of Bridgton had a hole punched in her side.

A house was swept down the river and 3 of the occupants, Mrs. Stokes and her two children, were drowned, Mr. Stokes barely escaping. Engineer Richard Fitzgerald of the steamer H. B. Plant was drowned. The loss of life among the colored people occupying little huts on rice plantations and along the river was very great. 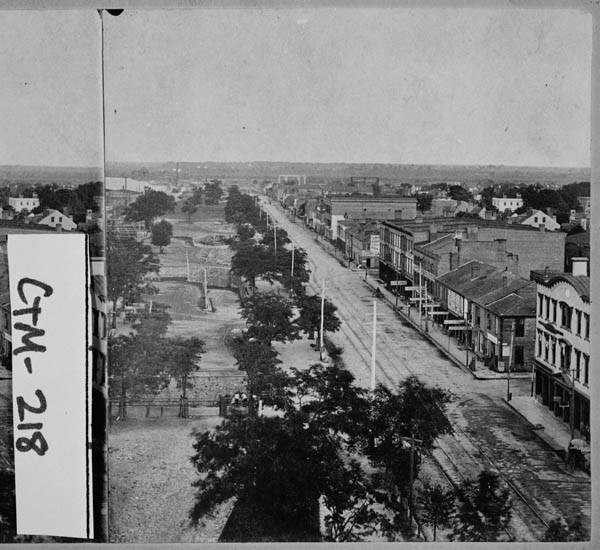 View along Bay Street, Savannah in 1878 prior to the hurricane (Georgia Archives)

On Tybee Island the house of Henry Solomon was blown down, and the ruins caught on fire. Three persons perished. The family of David Bowens, colored, comprising seven persons, were drowned. A colored woman and her four children were washes away in their house. All the people at Shad Island were drowned. Several other persons are known to have perished. At Fort Pulaski the officers’ quarters were flooded. The telegraph line to Savannah are all down. It is apprehended that, notwithstanding the warnings given of the approaching storm, some vessels along the coast have suffered, and news of disasters will be received during the week.

The storm has been very severe and particularly dangerous to vessels, from the fact that the wind shifted frequently, blowing from the north, east, northeast, northwest and west.

Ribbon of Love: A Novel of Colonial America – Inspired by true historical events, Mary and Henry Pattenden flee to America to escape religious persecution – Will a special gift from her parents provide all Mary needs to face life in a new world?

Close-up photos of sharecroppers in rural Georgia in 1937

The night of terror that reshaped an island in Texas September 8, 1900

Never whistle during a death scene on the stage.

Female barbers caused quite a stir in 1881
Where have all the chinaberry trees gone? Are there many still around?
Don't miss the stories, get a daily dose of history