Humor from an 1838 newspaper

RECEIPTS FOR GETTING RID OF TROUBLESOME GUESTS

Two means of driving off unpleasant people are recorded in the late London papers, which deserve to be classed with the inventions of the day

One man whose house was much beset with beggars, sent for a sign painter, and had the words Police Office inscribed in large letters over his door. The next morning, the beggars came as usual one after another, but on looking up at the inscription, they hurried off as fast as their legs could carry them. 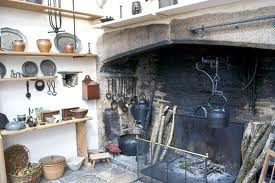 Another, who had for some time, excluded the bailiffs, one morning finding they had stolen a march on him, and ware in his apartment, he received them with great presence of mind asked them to be seated thrust the poker into the fire, and detained them until it was heated. He then drew it out and thrust it on the top of a barrel, exclaiming with a terrible voice that he would blow them to atoms. The bailiffs imagining that the barrel contained gun powder, ran off without even looking behind, until fairly out danger, much to the amusement and gratification of the minor, the cask contained only a quantity of sand.

A useful invention to assist in eating such fish as the perch, caught in the Louisana lakes and brought into the Natchez market is said to work in this way: A spindle is passed through the head of the fish eater from ear to ear, at each end of which is a fly Wheel, turned by the foot. The fish is fastened on wires connected with flywheels, just before the mouth, and in connection with some machinery resembling a cotton gin. A rapid motion is given to the machinery by the foot; the bones of the fish are thrown over the shoulder and the meat into the mouth of the operator. We have not seen the machine in operation nor can we tell where it may be seen. – Natchez Free Trader

RIBBON OF LOVE: 2nd edition – A Novel of Colonial AmericaComing from diverse cultural backgrounds and separated from the mainland by the Chesapeake Bay, the real world of the settlers of “The Kingdom of Accawmacke” is revealed and secrets about America’s history are discovered in this well-researched novel. Actual court records dating back to the early 1630’s create historical accuracy as the reader is taken back to the primitive days of colonial America where the Pattendens encounter life-changing difficulties with Indians, ducking stools, illness, massacres, death, loneliness, love, and greed.

Matrimonial Scandal in England Part III – They locked her up
Scents of the past, they bring back memories of mother
Don't miss the stories, get a daily dose of history