The front door of a little vine-clad cottage on Billups Street, in Athens,Georgia quaked open and John Cole, ex-slave confronted a “gov’mint man.” 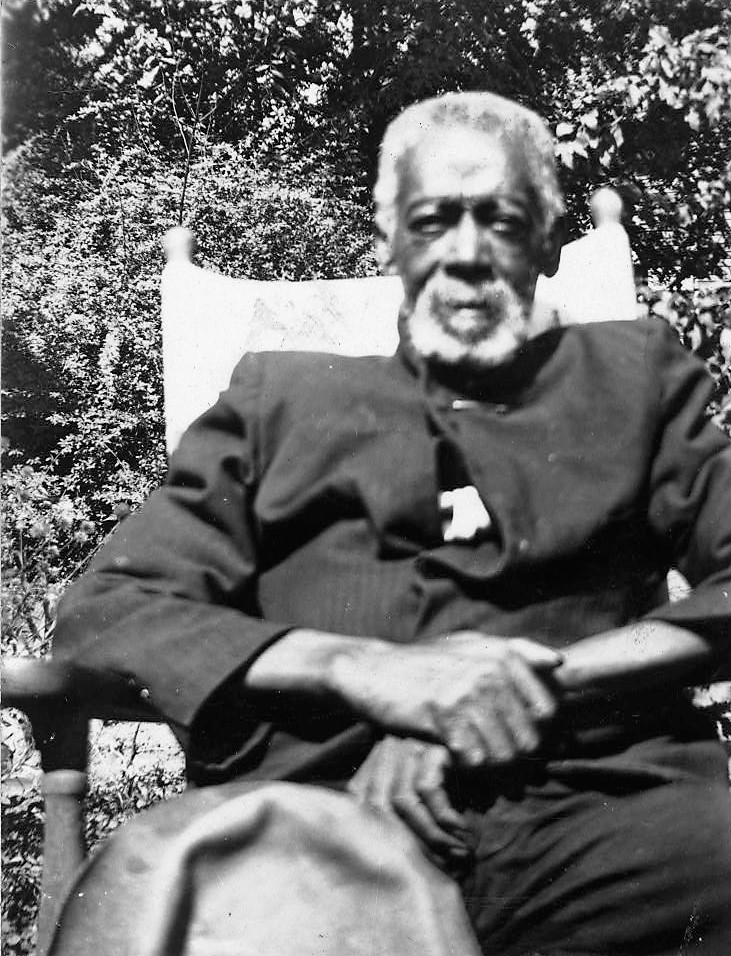 Yes, he was the son of Lucius Cole and Betsy Cole, was in his 86th year, and remembered the time “way back” when other gov’mint men with their strange ways had descended on Athens. And far beyond that, back to the time when they had tried him out as a scullion boy in the big town house where his mother was the cook, but it seemed that the trays always escaped his cldmsy young hands.

So “Marse Henry” had put him on the 200 acre Oglethorpe plantation as apprentice to training of the farm horses whose large unmanageableness he found more manageable than the dainty china of the banker’s house. He simply had followed more after his father, the carriage driver than his mother, the cook.

Of course, all fifteen of the hands worked from sun-up to sun-down, but his aunt was the plantation cook, and it was not so bad there.

The night brought no counsel, but it brought better. Stretch cow-hides over cheese-boxes and you had tambourines. Saw bones from off a cow, knock them together and call it a drum. Or use broom-straws; or fiddle-strings, and you had your entire orchestra.

Grow older, and get by the gates with a pass (you had to have a pass or the paddle-rollers would get you,) and you had you a woman. If the woman wasn’t willing, a good, hard-working hand could always get the master to make the girl marry him whether of no, willy-nilly.

If a hand were noted for raising up strong black bucks, bucks that would never “let the monkey get them” while in the high-noon hoeing, he would be sent out as a species of circuit-rider to the other plantations —to plantations where there was over-plus of “worthless young nigger gals”. There he would be “married off” again—time and again. This was thrifty and saved any actual purchase of new stock.

Always on Saturday afternoon you would have till “first dark”, for base-ball, and from first dark till Sunday-go-to meeting for drinking and dancing. Sunday you could go to the colored church (with benefit of white clergy) or you could go to the white church, just like real class except you sat in the rear.

You usually weren’t sick, but if you were sick, it afforded you the luxury of tea. Turpentine and caster oil composed the entire materia medlca. Turpentine was used for sore throats, cuts and bruises. Castor oil was used for everything else except a major fracture which called for the master sending in a doctor to the quarters.

Yes, the gov’ mint men with the blue uniforms and the shiny “brass buttons had descended from the North on Athens descended in spite of the double-barrelled cannon that the little master and the little master’s men had tried on them. The blue clad invaders had come in despite of the quick breast-works, and the newfangled cannon, and Bob Toombs boast that he “could beat the damn Yankees with corn-stalks before breakfast”. (If only they had fought that way— if only they had needed grape-shot had enough to invent cannon mouths that spoke at the same time and were meant to mow down men with a long chain—if only they had not been able to fight long after Bull Run, and after breakfast!)

Yes, the Yankees had come over the classic hills of Athens (Athens that had so many hills that she would, have been named Rome except for her first land-grant college,) had left, and had come again to stay, and to bring freedom to John Cole and his kind. This was six months after Lee and his paladins had laid down the sword—the gallant, the unstained (but, alas, claimed Meade’s batteries) the unconstitutional sword. Six months had gone and freedom had come.

But John Cole, slave of Henry Hull, the banker, found that his freedom was the freedom of “the big oak”—Athens famed tree that-owns-itself. He was free, but he had no way to go anywhere. He was rooted in the soil and would stay fast rooted. He worked on with his master for 20 years without pay. Did he believe, “back in slavery time in “signs” and in “sayings”—that the itching foot meant the journey to new lands— that the hound’s midnight threnody meant murder?

Death comes in the afternoon

No, when he was a young buck and had managed the bad horses, he had had no such beliefs. No, he was not superstitious.

If the foot inched something ought to be put on it (or taken off it) —and as to the hounds yelping, nobody ever knew what dark-time foolishness a hound-dog might be up to.

But he was old, now. Death always comes in the afternoon. He does believe in things that have been proved. He does believe that a squinch~owl’s screeching ( “V-o-o-o-d-o-o W-h-o~o-o? Y-ou-u!”) is a sure sign of death. Lowing of a cow in afternoon Georgia meadows means death mighty close. If death come down to & house, better stop clock and put white cloth on mirrors, No loud talking permitted. Better for any nigger to bow low down to death. . . .

To what factors did he attribute his long life, queried the gov’mint man. Long living came from leaving off smoking and drinking. ..Would he have a nickel cigar?

Yes, he was feeling quite tol’able, thank you. But he believed now in the owl and the cow and the clock. In the morning-time one lives, but death always come in the afternoon. Better for any nigger, anywhere, to bow low down to death.

DYK: Do you know why long in the tooth originally refers to horses?
DYK: The saying -Toe the line did, did not originate with sporting events
Don't miss the stories, get a daily dose of history