My Mammy belonged to Mr. Sack P. Gee, I don’t know what his real given name was, but it maybe was Saxon. Anyways we all called him Master Sack.

He was a kind of youngish man, and was mighty rich. I think he was born in England. Anyway his pappy was from England, and I think he went back before I was born.

Master Sack had a big plantation ten miles north of Arcadia, Louisiana, and his land run ten miles along both sides. He would leave in a buggy and be gone all day and still not get all over it.

I was terror with a hoe!

There was all kinds of land on it, and he raised cane and oats and wheat and lots of corn and cotton. His cotton fields was the biggest anywheres in that part, and when chopping and picking times come he would get negroes from other people to help out. I never was no good at picking, but I was a terror with a hoe!

I was the only child my Mammy had. She was just a young girl, and my Master did not own her very long. He got her from Mr. Addison Hilliard, where my pappy belonged. I think she was going to have me when he got her; anyways I come along pretty soon, and my mammy never was very well afterwards. Maybe Master Sack sent her back over to my pappy. I don’t know.

Mammy was the house girl at Mr. Sack’s because she wasn’t very strong, and when I was four or five years old she died. I was big enough to do little things for Mr. Sack and his daughter, so they kept me at the mansion, and I helped the house boys. Time I was nine or ten Mr. Sack’s daughter was getting to he a young woman — fifteen or sixteen years old –and that was old enough to get married off in them days. They had a lot of company just before the War, and they had a whole bunch of house negroes around all the time. 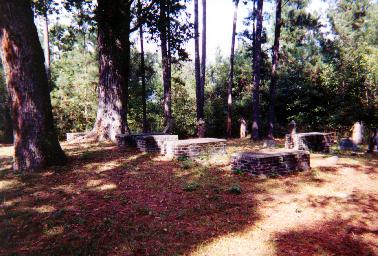 Young Mistress was a winder!

Old Mistress died when I was a baby, so I don’t remember anything about her, but Young Mistress was a winder! She would ride horseback nearly all the time, and I had to go along with her when I got big enough. She never did go around the quarters, so I don’t know nothing much about the negroes Mr. Sack had for the fields. They all looked pretty clean and healthy, though, when they would come up to the Big House. He fed them all good and they all liked him.

He had so much different kinds of land that they could raise anything they wanted, and he had more mules and horses and cattle than anybody around there. Some of the boys worked with his fillies all the time, and he went off to New Orleans ever once in a while with his race horses. He took his daughter hut they never took me.

Confederate soldiers rode by nigh everyday

Some of his land was in pasture but most of it was all open fields, with just miles and miles of cotton rows. There was a pretty good strip along one side he called the “old” fields. That’s what they called the land that was wore out and turned back. It was all growed up in young trees, and that’s where he kept his horses most of the time. The first I knowed about the War coming on was when Mr. Sack had a whole bunch of whitefolks at the Big House at a function. They didn’t talk about anything else all evening and then the next time they come nearly all their menfolks wasn’t there ~ just the womenfolks. It wasn’t very long till Mr. Sack went off to Houma with some other men, and pretty soon we knew he was in the War. I don’t remember ever seeing him come home. I don’t think he did until it was nearly all over. Next thing we knowed they was Confederate soldiers riding by pretty nearly every day in big droves. Sometimes they would come and buy corn and wheat and hogs, but they never did take any anyhow, like the Yankees done later on. They would pay with billets, Young Missy called them, and she didn’t send them to git them cashed but saved them a long time, and then she got them cashed, but you couldn’t buy anything with the money she got for them.

That Confederate money she got wasn’t no good. I was in Arcadia with her at a store, and she had to pay seventy-five cents for a can of sardines for me to eat with some bread I had, and before the War you could get a can like that for two cents. Things was even higher then than later on, but that’s the only time I saw her buy anything.

No one left but womenfolk

When the Yankees got down in that country the most of the big men paid for all the corn and meat and things they got, but some of the little bunches of them would ride up and take hogs and things like that and just ride off. They wasn’t anybody at our place but the womenfolks and the negroes. Some of Mr. Sack’s women kinfolks stayed there with Young Mistress. Along at the last the negroes on our place didn’t put in much stuff — jest what they would need, and could hide from the Yankees, because they would get it all took away from them if the Yankees found out they had plenty of corn and oats. 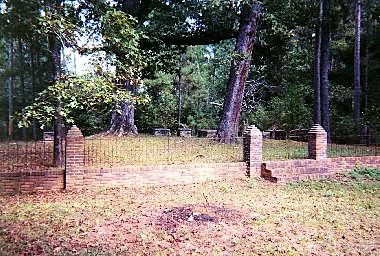 The Yankees was mighty nice about their manners, though. They camped all around our place for a while. There was three camps of them close by at one time, but they never did come and use any of our houses or cabins. There was lots of poor whites and Cajuns that lived down below us, between us and the Gulf, and the Yankees just moved into their houses and cabins and used them to camp in.

The negroes at our place and all of them around there didn’t try to get away or leave when the Yankees come in. They wasn’t no place to go anyway so they all stayed on. But they didn’t do very much work. Just enough to take care of themselves and their whitefolks.

We was all free

Master Sack come home before the War was quite over. I think he had been sick, because he looked thin and old and worried. All the negroes picked up and worked mighty hard after he come home, too.

One day he went into Arcadia and come home and told us the War was over and we was all free. The negroes didn’t know what to make-of it, and didn’t know where to go, so he told all that wanted to stay on that they could just go on like they had been and pay him shares.

About half of his negroes stayed on, and he marked off land for them to farm and made arrangements with them to let them use their cabins, and let them have mules and tools. They paid him out of their shares, and some of than finally bought the mules and some of the land. But about half went on off and tried to do better somewheres else.

I didn’t stay with him because I was jest a boy and he didn’t need me at the house anyway.

Late in the War my Pappy belonged to a man named Sander or Zander. Might been Alexander, but the negroes called him Mr. Sander.

When pappy got free he come and asked me to go with him, and I went along and lived with him. He had a share-cropper deal with Mr. Sander and I helped him work his patch. That place was just a little east of Houma, a few miles.

I lived there with my Pappy until I was about eighteen and then I married and moved around all over Louisiana from time to time. My wife give me twelve boys and five girls, but all my children are dead now but five. My wife died in 1920 and I come up here to Tulsa to live. One of my daughters takes care and looks out for me now.

I seen the old Sack P. Gee place about twenty years ago, and it was all cut up in little places and all run down, Never would have known it was one time a big plantation ten miles long.

I seen places going to rack and ruin all around — all the places I lived at in Louisiana — but I’m glad I wasn’t there to see Master Sack’s place go down. He was a good man and done right by all his negroes.

Yes, Lord, my old feets have been in mighty nigh every parish in Louisiana,and I seen some mighty pretty places, but I’ll never forget how that old Gee plantation looked when I was a boy.

Note: “In 1836 the family of Sack Pennington Gee, born 1795 in Virginia, settled in an isolated area of Claiborne Parish in extreme north Louisiana. Sack moved to this area from Livingston in Claiborne County, Mississippi. They eventually established a plantation of almost 3,000 acres and became very well known in the area for their prosperity. Sack, a teacher early in his career, was elected state representative of Claiborne Parish in 1839.” (Rootsweb ancestry.com) There is a Gee Facebook page which reveals more about this Gee plantation.

DYK: The phrase rain check originates with America – it started in the 19th century
DYK: Do you think plane/plain sailing is associated with airplanes or ships?
Don't miss the stories, get a daily dose of history