The first celebration of the modern Olympic Games took place on April 6, 1896, at its ancient birthplace of Athens and closed on April 15, 1896. The Winners were given a silver medal, while runners-up received a copper medal.  Retroactively, the IOC has converted these to gold and silver, and awarded bronze medals to third placed athletes. The United States won the most gold medals while Greece won the most medals overall. 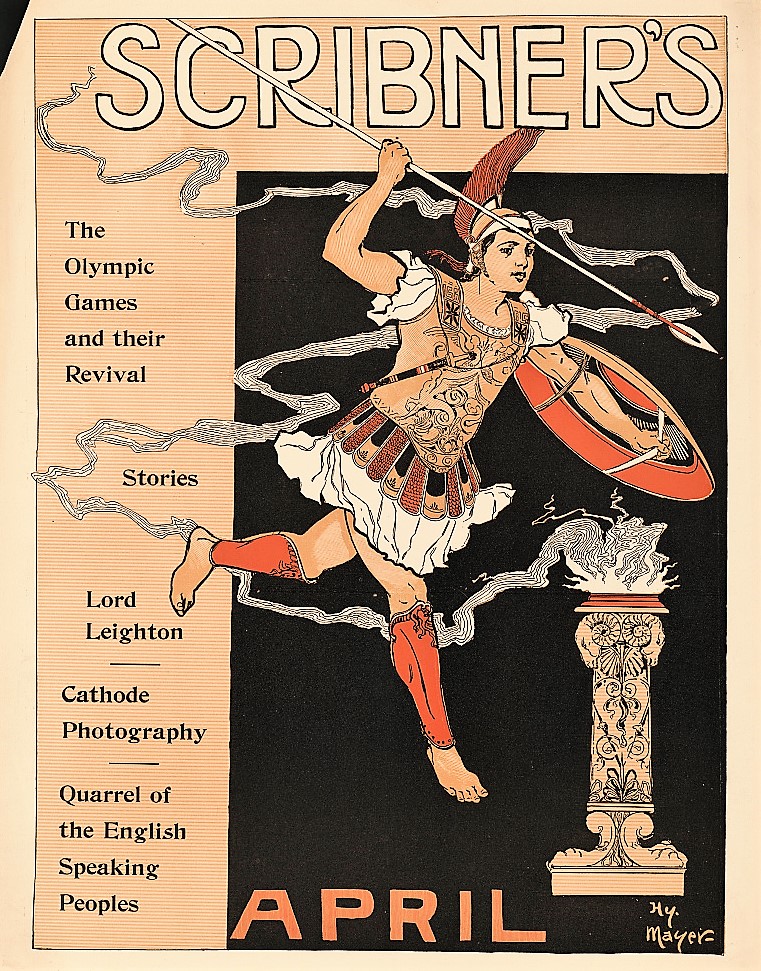 Fourteen nations participated in the event with the largest delegations coming from Greece, Germany, France and Great Britain. The ancient games are believed to have originated in Olympia, Greece in 776 B. C. with only one event – a foot race. More events were added over the years. The last of the ancient games are thought to have taken place in A. D. 393.

The following news article was published in the Meriden Weekly Republican, Meriden, Connecticut on April 9, 1896, about the Americans participation in the event.

They Show Their Skill In Olympic Games

Athens, April 8 – Yesterday was the second day of the Olympic games. There was more enthusiasm displayed than on yesterday, and the crowd that witnessed the events was enormous. The surrounding hills were again packed with masses of humanity. The king, crown prince and other members of the royal family were present, as were also all the notabilities of Greece and many foreign countries. It is estimated that fully 100,000 persons witnessed the games. The weather was perfect, and the grounds were in far better condition than they were yesterday.

The American contestants covered themselves with glory, and it is the general opinion that they will win several of the final honors. One thing is believed to have been established, and that it is the Olympic games will henceforth take their place among the noted events in the athletic world.

First heat won by an Englishman

The first heat of the 110 metres hurdle race was won by Goulding, an Englishman. His time was 18 2-5 seconds. The second heat was won by T. P. Curtis of the Boston Athletic association, whose time was 18 seconds.

The long jump was won by Ellery H. Clark of the Boston Athletic association, who covered 6.35 metres. Robert Garrett, captain of the Princeton team, was second with six metres to his credit, and James B. Connelly of the Suffolk Athletic club third, with 5.84 metres. 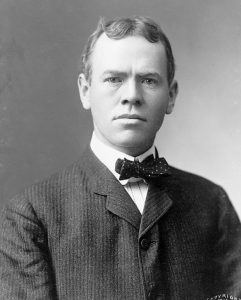 The 400 metres race on the flat was won by Thomas E. Burke of the Boston Athletic association. His time was 54 1-5 seconds. H. B. Jamison of Princeton university was second.

The next event on the program was putting the weight. Captain Garrett won, scoring 11.12 meters. The Greek champion, Gouskos, was second, scoring 11.03 meters.

The winners were enthusiastically applauded. Even Garrett was cheered when he defeated Gourkos, although the Greeks were disappointed by the downfall of their champion. In the evening the Acropolis and city were illuminated by myriads of electric and other lights. Everywhere there was the greatest enthusiasm.

On opening day, 6 April 1896, the American James Connolly won the triple jump to become the first Olympic champion in more than 1,500 years. He also finished second in the high jump and third in the long jump. He was awarded a silver medal and an olive branch.

Growing up in Glen Falls, New York – Memories of a simpler life
Do you know which state used the pillory and post as punishment until 1953?
Don't miss the stories, get a daily dose of history