WARNING: Photos were taken shortly after the battle and some of them are very graphic.

The Battle of Gettysburg was the Civil War’s bloodiest battle with 51,000 casualties. Brave soldiers died on this field of battle from both the north and the south. They gave the ultimate sacrifice fighting for what they believed in. Photographs were made of the battlefield shortly after the battle took place and remind us of the grim mortality that took place.

Hanover Junction, Pa. Passenger train at depot in a photograph from the main eastern theater of the war, Gettysburg, June-July, 1863 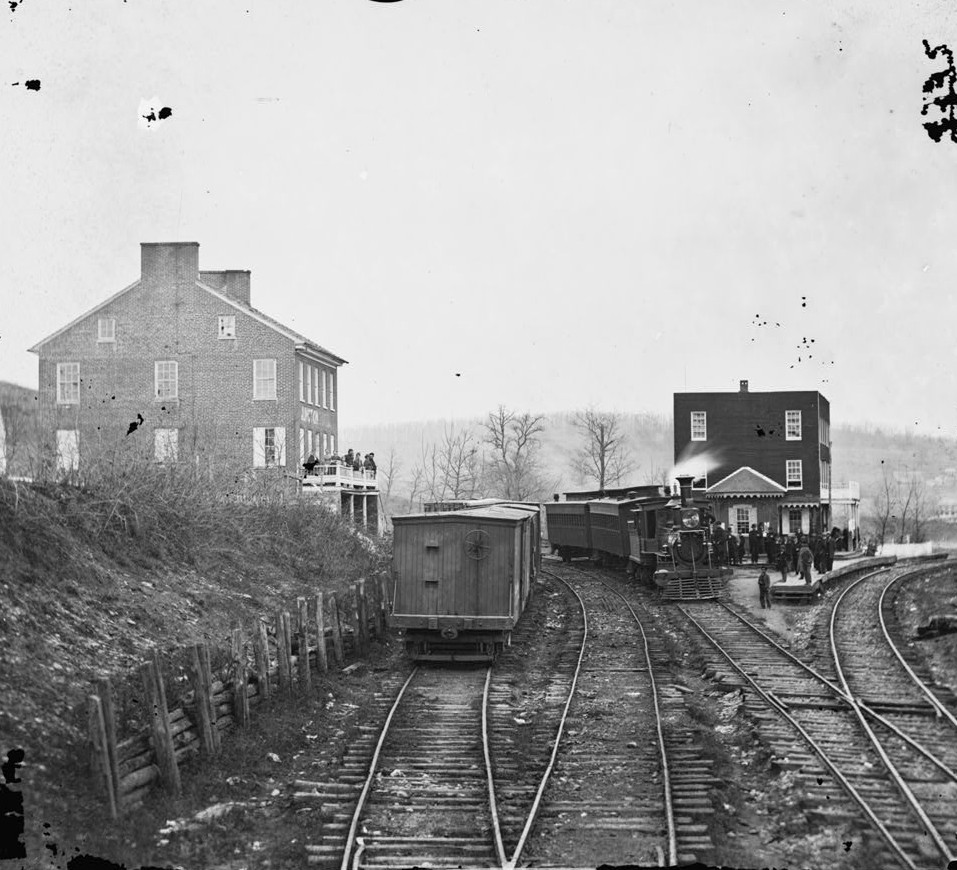 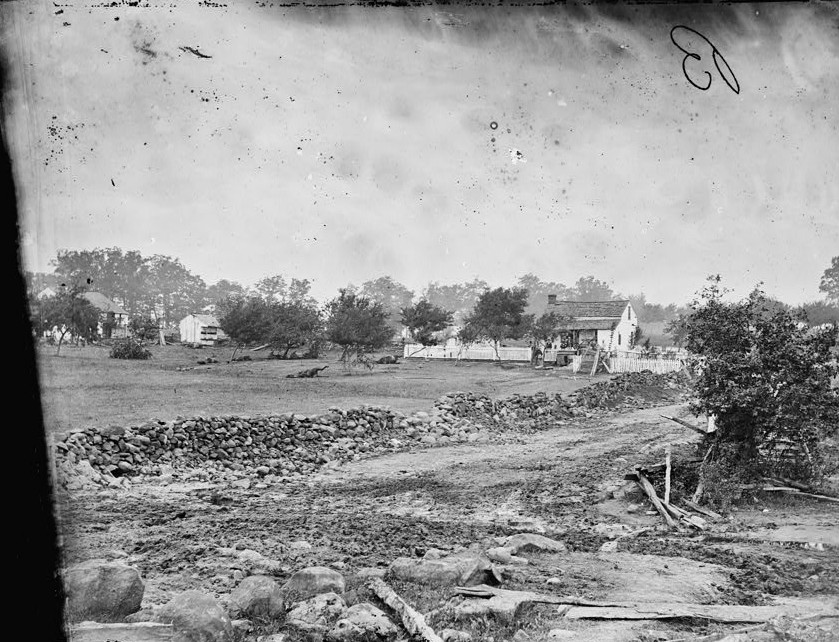 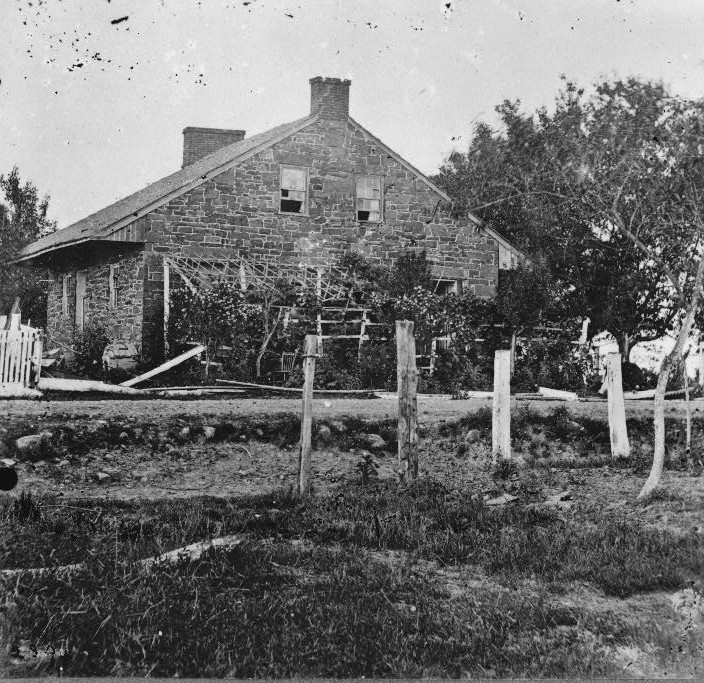 Photograph showing view from the summit of Little Round Top, Gettysburg, Pennsylvania 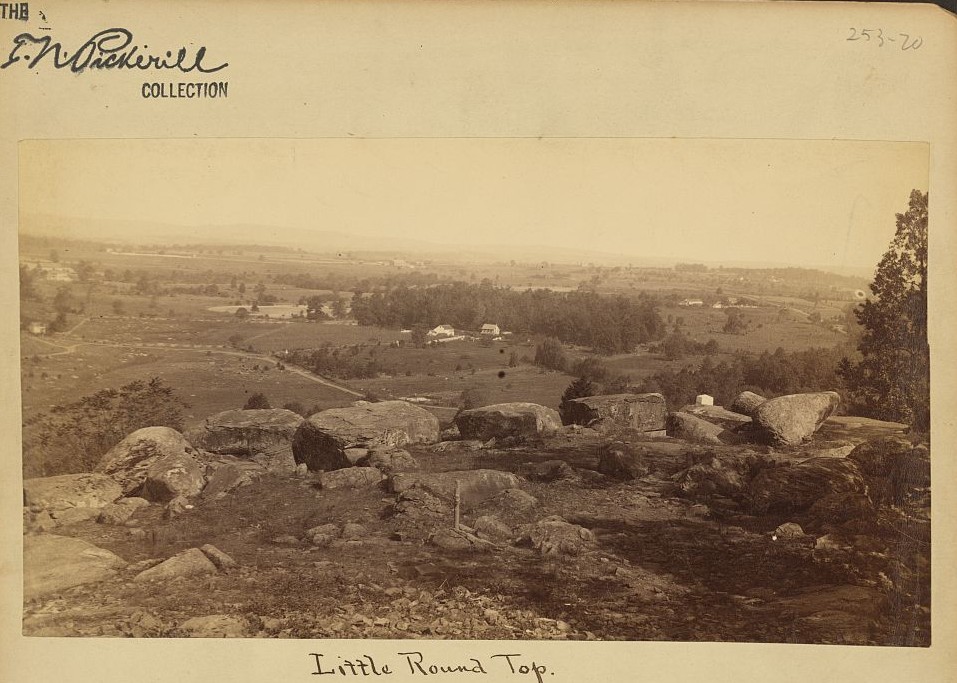 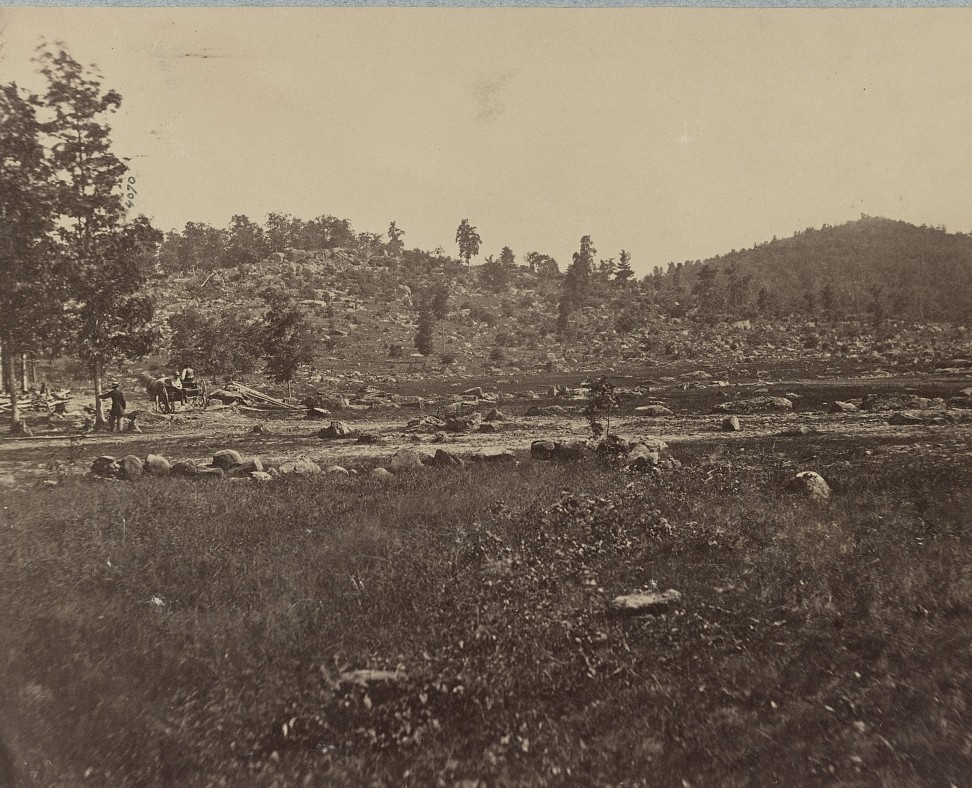 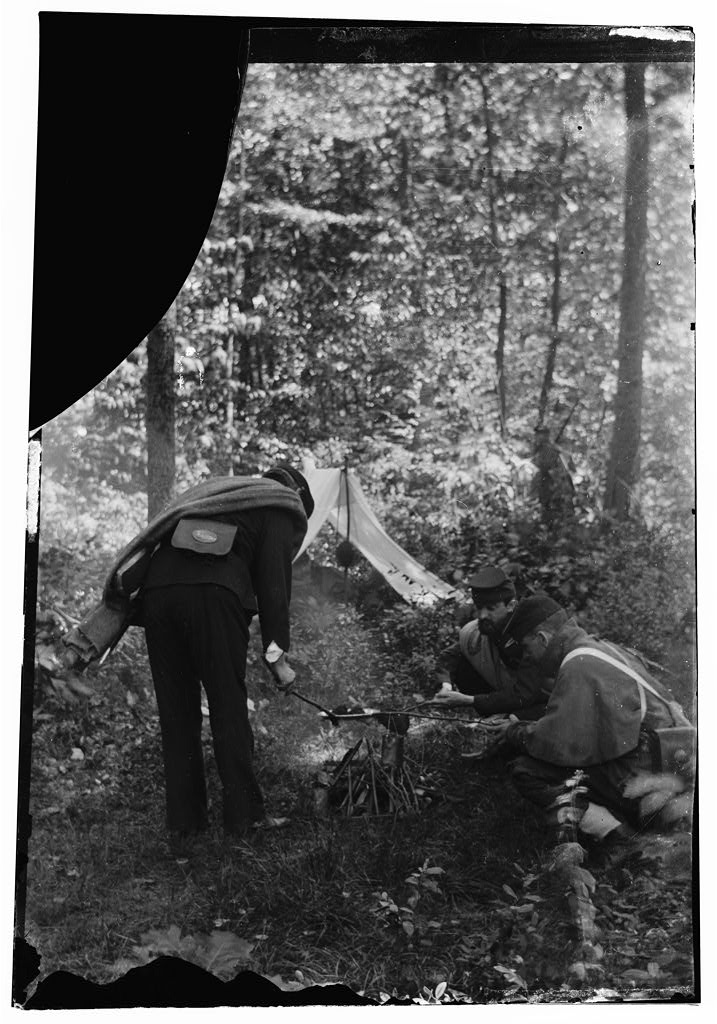 Battle-field of Gettysburg. Culp’s Hill Caption continues: The intrenchments (i.e. entrenchments) on side of the hill was the line of Wadsworth’s Division. The lunettes in the foreground covered the guns of Reynolds, (L, 1st New York) Battery. Gift; Col. Godwin Ordway; 1948 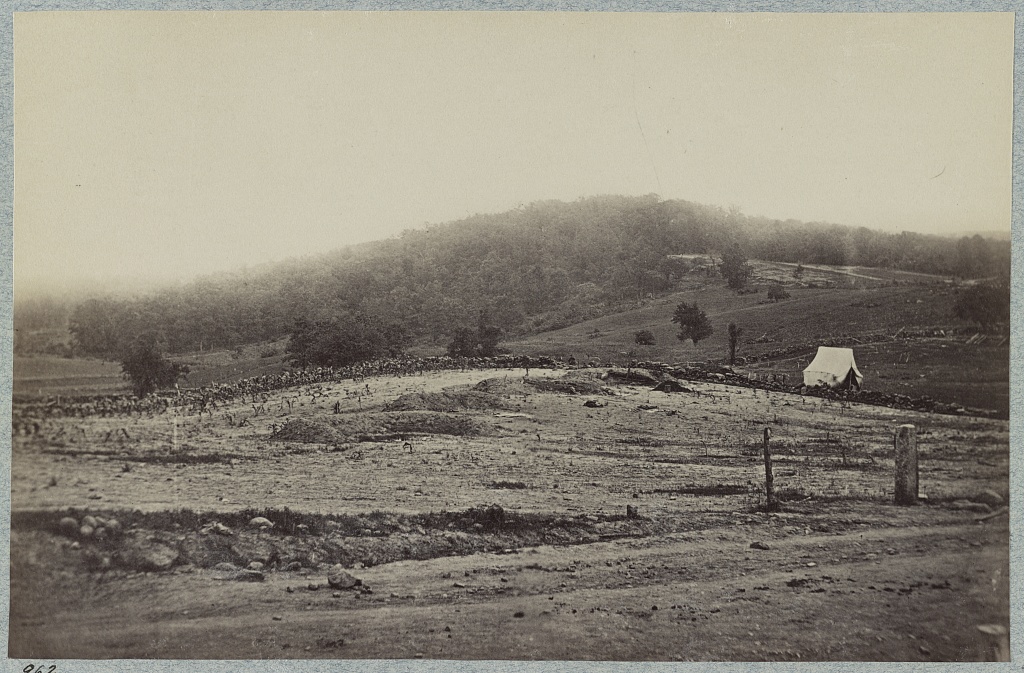 Trossel’s house – battlefield Gettysburg – near to the barn on the left was where Sickles has his headquarters and lost his leg photographer Timothy H. O’Sullivan July 1863 – Photograph shows many dead horses from the 9th Massachusetts Battery of Light Artillery killed on the ground in front of Abraham Trostle’s house near the headquarters of General Daniel Edgar Sickles 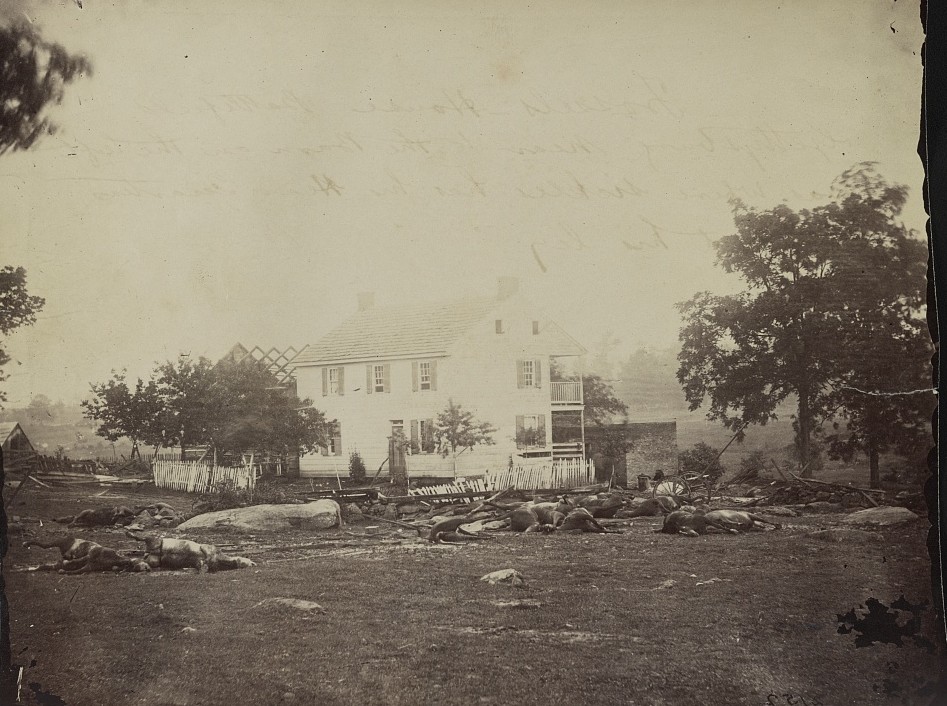 Battle-field of Gettysburg. Scene of General Reynold’s death between 1861-1865 printed ca. 1880 – Caption continues: Archer’s (Confederate) brigade was advancing to seize the clump of woods on the right of the picture. General Reynolds ordered Meredith’s brigade to repel the attempts and was sitting on his horse at the edge of the woods, encouraging the men as they passed him when he was shot. McPherson’s Woods. 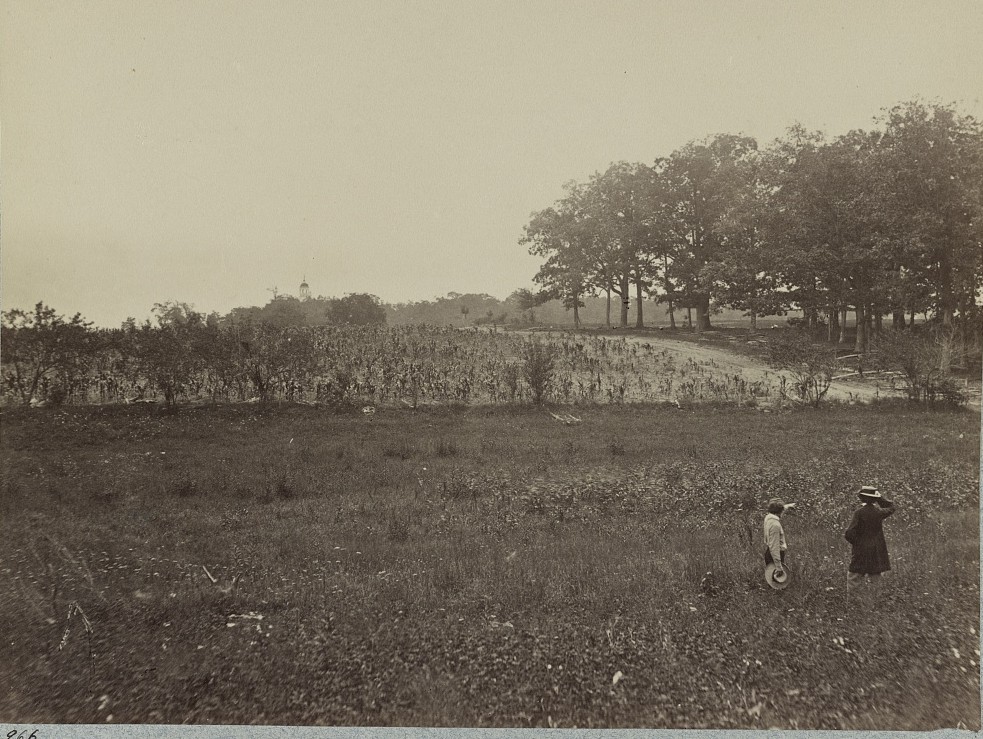 Image shows McPherson Woods near the place where Union General John Reynolds was killed on the first day of the battle, and the sign was erected in the mid-1880s. 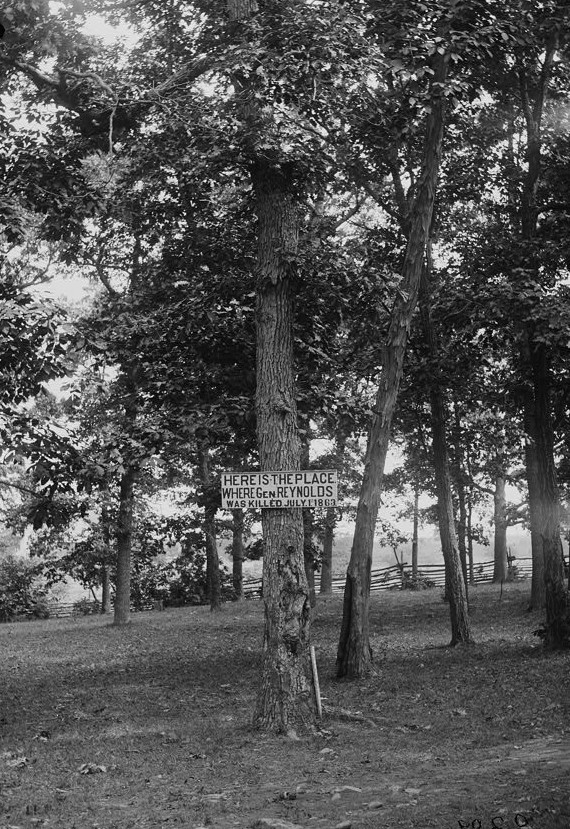 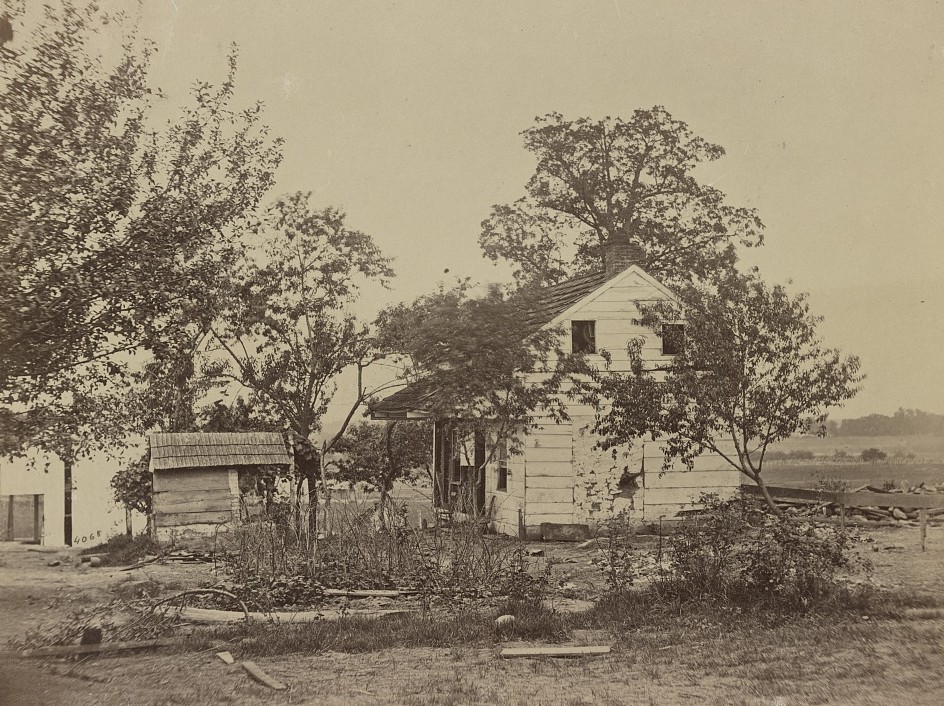 Gettysburg, the battlefield of, Scene of Pickett’s charge 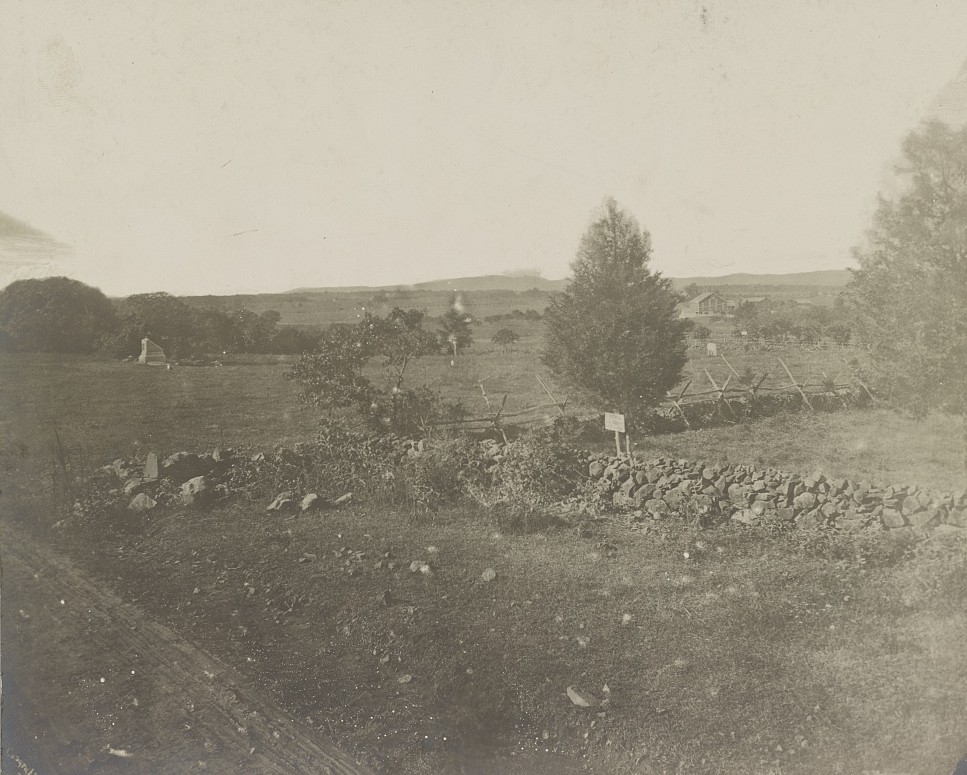 Battle-field of Gettysburg. Scene of the charge of the Louisiana Tigers Caption continues: The foreground of the picture is the crest of Cemetery Hill at the point when the assault struck. Hoke’s brigade formed behind the rising ground in the center of the picture. Hays’ brigade formed in the streets of the town and moved out by the left flank until it reached Hoke’s line. Both brigades then swept forward in the charge, led by the Louisiana Tigers 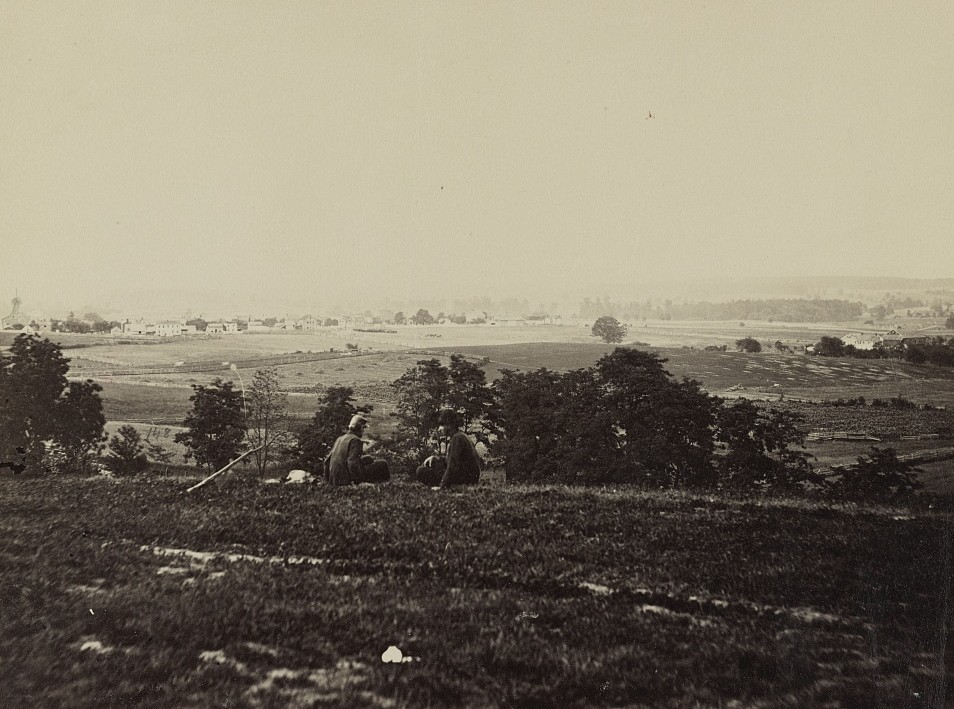 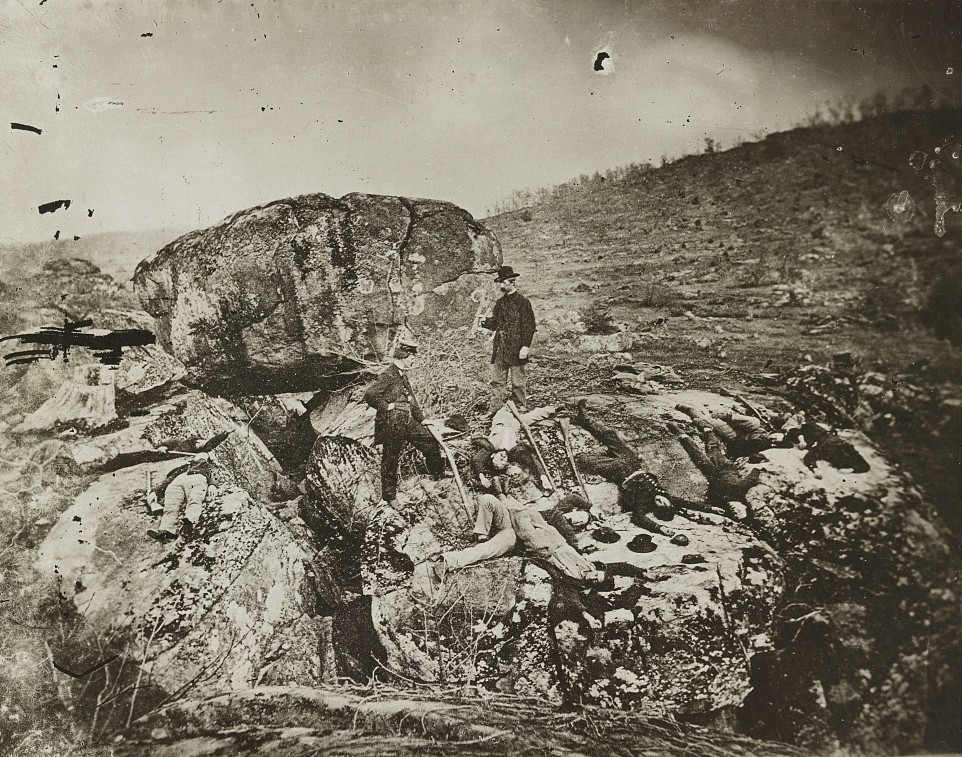 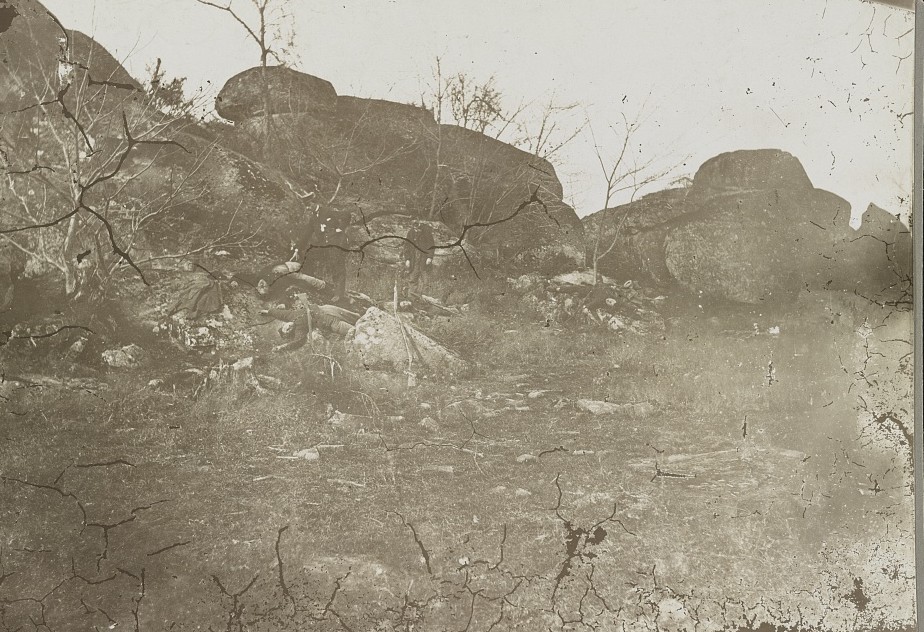 The battle-field of Gettysburg. Dead horses of Bigelow’s (9th Massachusetts) Battery Caption continues: This battery was posted at Abram Trostle’s (i.e. Abraham Trossel’s) house. In the battle of the second day, it fought with fixed prolonges until the enemy was within six feet of the guns. Nearly all the horses of the battery were killed 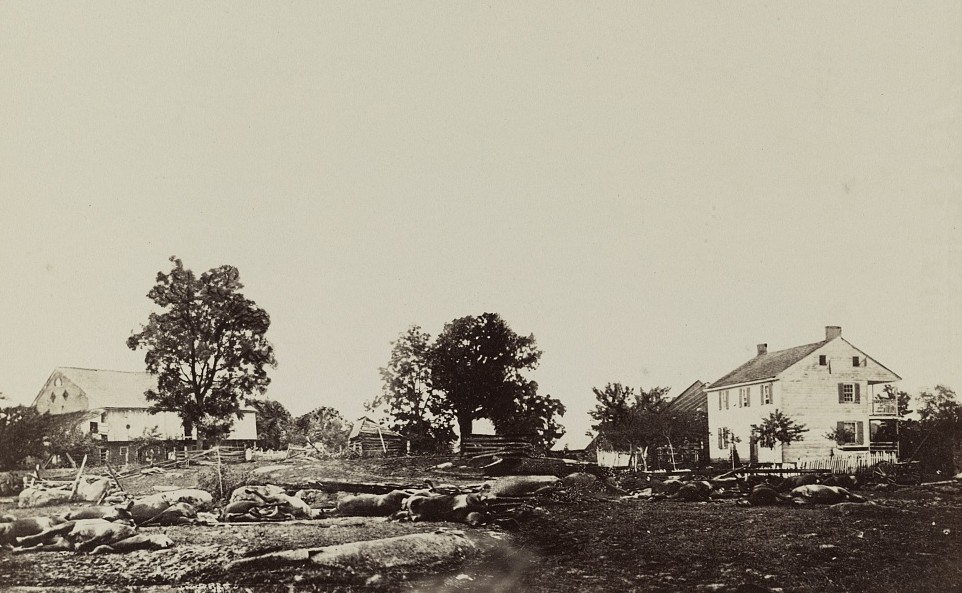 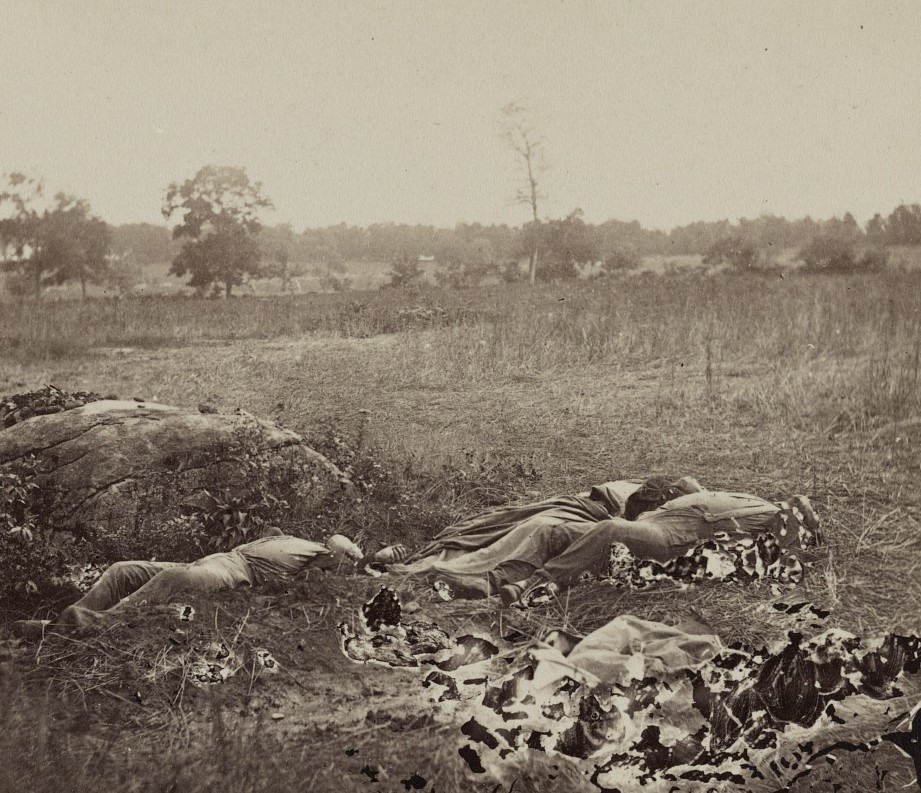 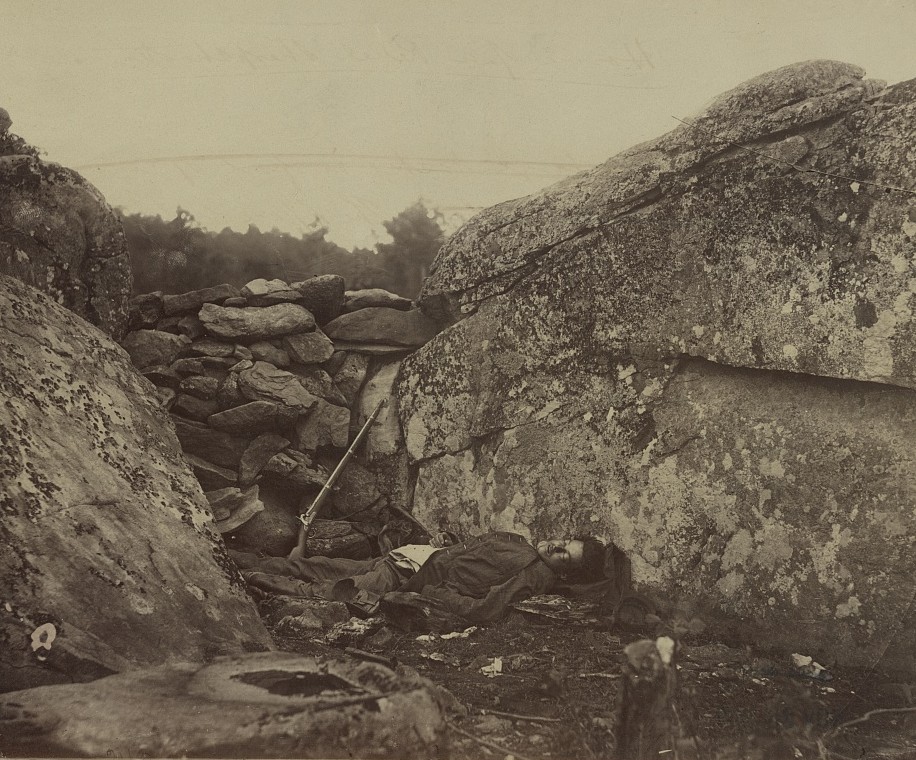 Gettysburg, Pennsylvania. McPherson’s woods on the left of the Chambersburg Pike 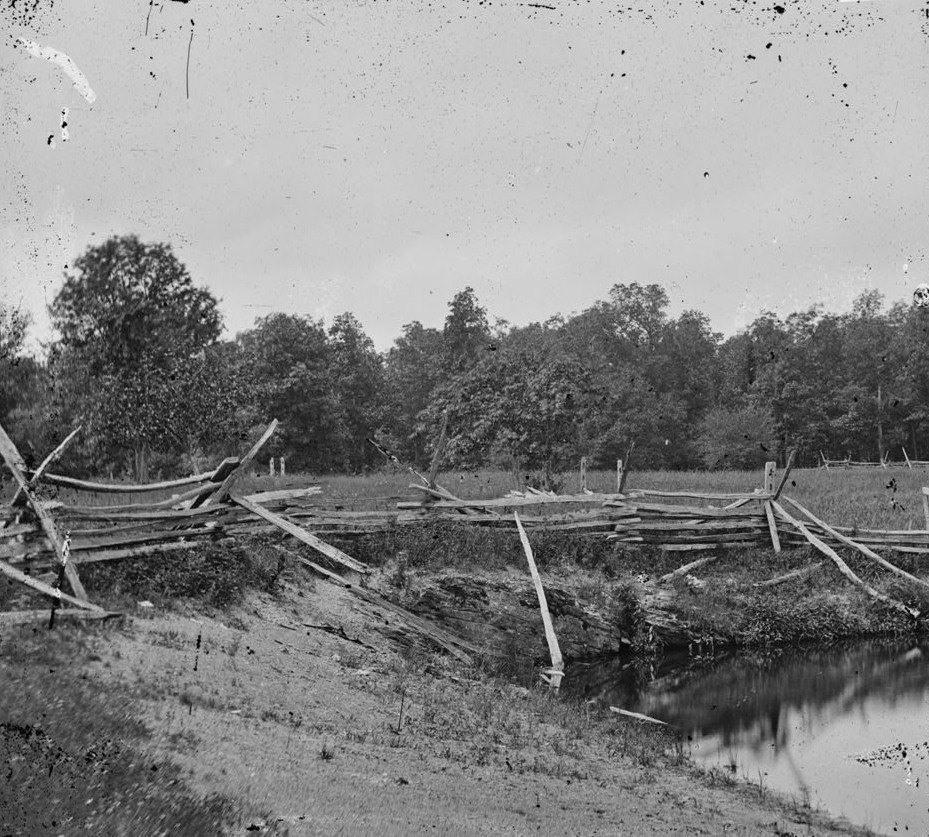 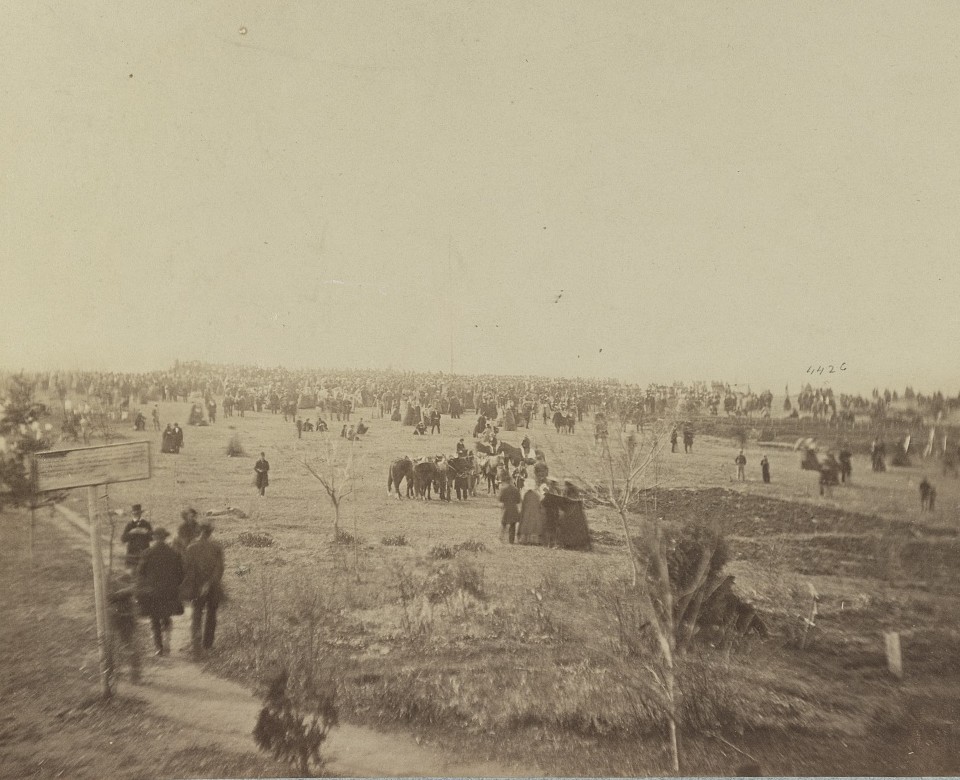 Orphans’ homestead, Gettysburg, Pa. The building,  newly roofed and adapted as far as practicable for its present use, was occupied by Gen. Howard as his headquarters at the battle of Gettysburg. It stands on Cemetery Hill, within a few rods of the vertex of the angle formed by our army in the battle. It was used until a more commodious and suitable structure was erected to shelter its present fatherless inmates, with many other soldiers’ orphans in different States of the Union, awaiting admission to the institution. Photographed by C.J. Tyson, Gettysburg. June 21, 1867. 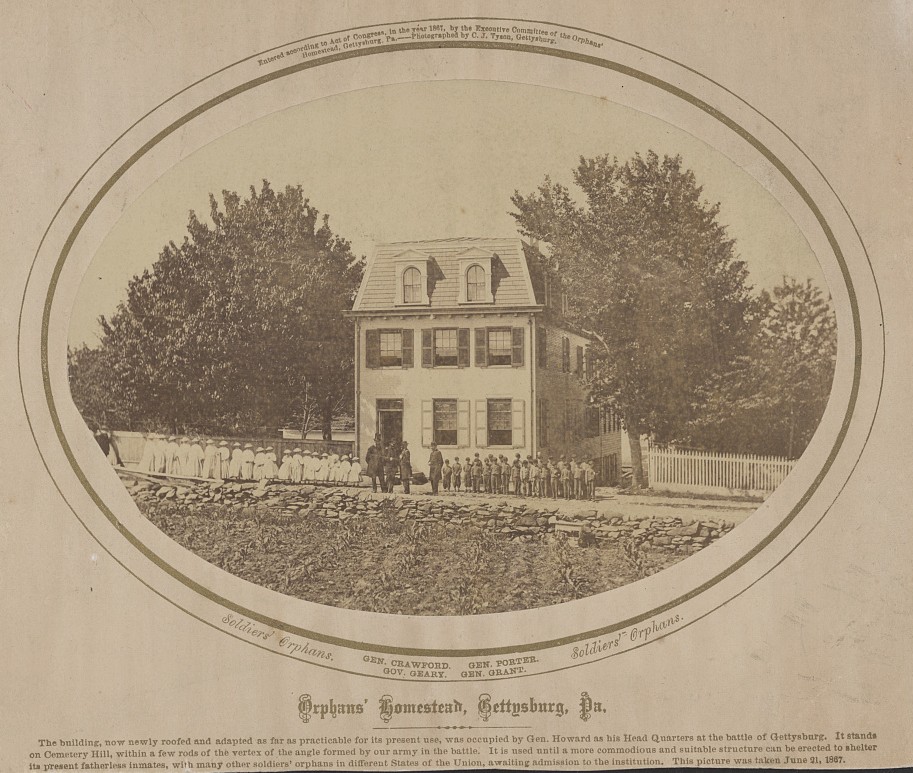 These are amazing [1938 close-up photographs] of Cotton pickers in Lake Dick, Arkansas
Many colonial ancestors embraced the Quaker faith – this reveals why and how they where persecuted
Don't miss the stories, get a daily dose of history