Harmony, and a liberal intercourse with all nations, are recommended by policy, humanity, and interest. But even our commercial policy should hold an equal and impartial hand; neither seeking nor granting exclusive favors or preferences; consulting the natural course of things; diffusing and diversifying, by gentle means, the streams of commerce, but forcing nothing; establishing, with the powers so disposed, in order to give trade a stable course, to define the rights of our merchants, and to enable government to support them, conventional rules of intercourse, the best that present circumstances and mutual opinion will permit, but temporary, and liable to be, from time to time, abandoned or varied, as experience and circumstances shall dictate; constantly keeping in view, that it is folly in one nation to look for disinterested favors from another; that it must pay, with a portion of its independence, for whatever it may accept under that character; that by such acceptance, it may place itself in the condition of having given equivalents for nominal favors, and yet of being reproached with ingratitude for not giving more. There can be no greater error than to expect or calculate upon real favors from nation to nation. It is an illusion which experience must cure, which a just pride ought to discard. 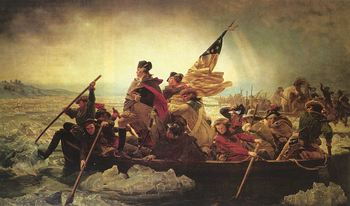 Guard against the impostures of pretended patriotism

In offering to you, my countrymen, these counsels of an old and affectionate friend, I dare not hope they will make the strong and lasting impression I could wish; that they will control the usual current of the passions, or prevent our nation from running the course which has hitherto marked the destiny of nations, but, if I may even natter myself, that they may be productive of some partial benefit, some occasional good; that they may now and then recur to moderate the fury of party spirit; to warn against the mischiefs of foreign intrigue; to guard against the impostures of pretended patriotism; this hope will be a full recompense for the solicitude for your welfare by which they have been dictated.

How far, in the discharge of my official duties, I have been guided by the principles which have been delineated, the public records and other evidences of my conduct must witness to you and to the world. To myself, the assurance of my own conscience is, that I have at least believed myself to be guided by them.

In relation to the still subsisting war in Europe, my proclamation of the 22d of April, 1793, is the index to my plan. Sanctioned by your approving voice, and by that of your representatives, in both houses of Congress, the spirit of that measure has continually governed me; uninfluenced by any attempts to deter or divert me from it.

After deliberate examination, with the aid of the best lights I could obtain, I was well satisfied that our country, under all the circumstances of the case, had a right to take, and was bound in duty and interest to take, a neutral position. Having taken it, I determined, as far as should depend on me, to maintain it, with moderation, perseverance, and firmness.

The considerations which respect the right to hold this conduct, it is not necessary on this occasion to detail. I will only observe, that, according to my understanding of the matter, that right, so far from being denied by any of the belligerent powers, has been virtually admitted by all.

The duty of holding a neutral conduct may be inferred, without any thing more, from the obligation which justice and humanity impose on every nation, in cases in which it is free to act, to maintain inviolate the relations of peace and amity towards other nations.

The inducements of interest for observing that conduct, will best be referred to your own reflections and experience. With me, a predominant motive has been to endeavor to gain time to our country to settle and mature its yet recent institutions, and to progress, without interruption, to that degree of strength and consistency, which is necessary to give it, humanly speaking, the command of its own fortunes.

Though in reviewing the incidents of my administration, I am unconscious of intentional error, I am nevertheless, too sensible of my defects not to think it probable that I may have committed many errors. Whatever they may be, I fervently beseech the Almighty to avert or mitigate the evils, to which they may tend. I shall also carry with me the hope that my country will never cease to view them with indulgence; and that after forty five years of my life dedicated to its service, with an upright zeal, the faults of incompetent abilities will be consigned to oblivion, as myself must soon be to the mansions of rest.

Relying on its kindness in this as in other things, and actuated by that fervent love towards it, which is so natural to a man who views in it the native soil of himself and his progenitors for several generations, I anticipate with pleasing expectation that retreat, in which I promise myself to realize, without alloy, the sweet enjoyment of partaking, in the midst of my fellow-citizens, the benign influence of good laws under a free government —the ever favorite object of my heart, and the happy reward, as I trust, of our mutual cares, labors, and dangers.

President Washington Farewell Address – warns of credit and foreign influence
Ola, Idaho was reborn in 1942 through hard work of its citizens
Don't miss the stories, get a daily dose of history