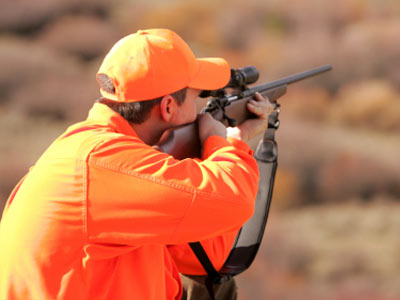 When it gets cold and there is a heavy frost, my mind goes back to 1965 when my dear friend, O.D. Riley asked me if I would like to join him, his son and a few other friends for a rabbit hunt. I enthusiastically said yes.

A local farmer was losing much of his crops to an over abundance of rabbits and had asked O.D. for help.

The plan was to arrive at O.D.’s house at 4:00 a.m. and have a country breakfast with all the extras prepared by his wife.

I decided I wanted to make an entrance they wouldn’t soon forget A neighbor of mine was in the National Guard and loaned me a bandoleer of bullets and two hand grenades with firing pins attached but with the explosives removed. On the morning of the hunt I arrived early and parked away from the house.

When I saw the last car arrive I waited

When I saw the last car arrive I waited a couple of minutes and went into the house with my (unloaded) shotgun, U. S. Army gas mask (realize that you can’t tell who someone is behind a gas mask) the bandoleer of bullets over my shoulder and the grenades in hand. I pulled the pins out of the grenades and bullets and tossed the grenades on the floor. I quickly turned to reveal a sign on my back which read ‘RABBIT HUNTING IS A GAS!’

Eventually everyone calmed down, ate breakfast, and then we proceeded to the hunt.

Since we did not have hunting dogs we had to hunt the rabbits by walking side by side about 8 feet apart and requiring each person to step forward at the same time. This created a very loud “Swish” sound when the briars scratched each person’s pants legs. You had to be very careful to shoot only in front of yourself. As we were getting started I yelled out ‘Hey, O. D. what did you say they looked like?’ After everyone had regained their composure again, we continued on. The game limit was 8 each and at the end of the hunt each person had their limit for a total of 40 rabbits.

We did the same thing

The following year we did the same thing including the wonderful breakfast (but without the gas mask).

This time I had a different surprise in mind. In the months prior to the hunt I had killed two fox squirrels which are bigger than grey squirrels and have a beautiful reddish color. I saved the tails and dried them. I had my wife sew them on to a dark green hunting hat with a circular crown, one on each side, angling them slightly backward.

On the day of the hunt I kept the hat hidden until we arrived at the hunt site, and I made sure I was the last one to get out of the car. That’s when I put the hat on, once again providing the laughter prior to the start of the hunt. Years later that hat and the gas mask would become the source of attention and laughter again when each of my children took them to ‘show and tell.’

Do you know where the saying, “Turn the corner” came from? Here is the answer
DYK: Have you ever met a swashbuckler?
Don't miss the stories, get a daily dose of history