(It was a tough life for these children in 1911 in Danville, Virginia as these pictures reveal)

Schoolfield Cotton Mill in Danville, Virginia had a few underage workers in June 1911 when these photographs were taken by photographer Lewis Wickes Hine, but Washington Cotton Mills in Fries, Virginia had a number of underage employees in May 1911. These children had to grow up fast to help support their families. 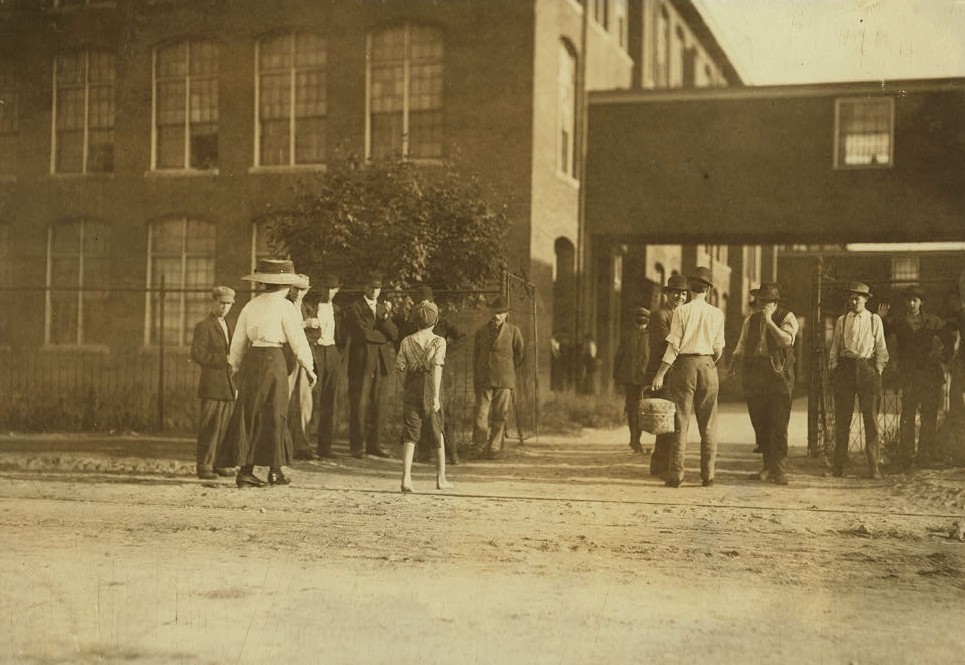 One of the young workers in Schoolfield Mills, Danville, Va. The proportion of youngsters to the large number of employees is not large. Location: Danville, Virginia 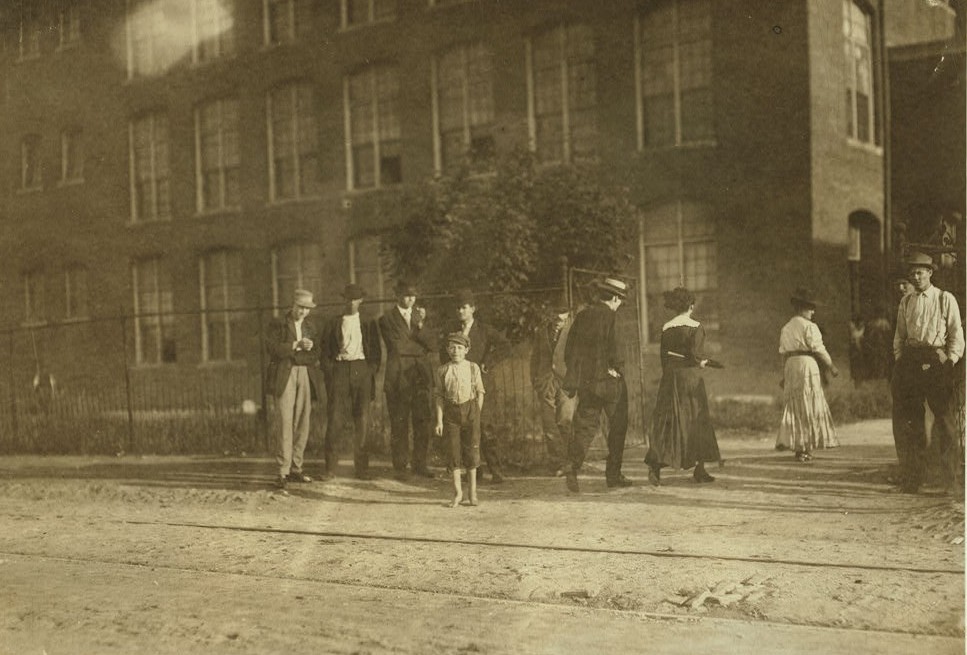 Boys at the gate, and one running off, work in Schoolfield Mills, Danville, Va. 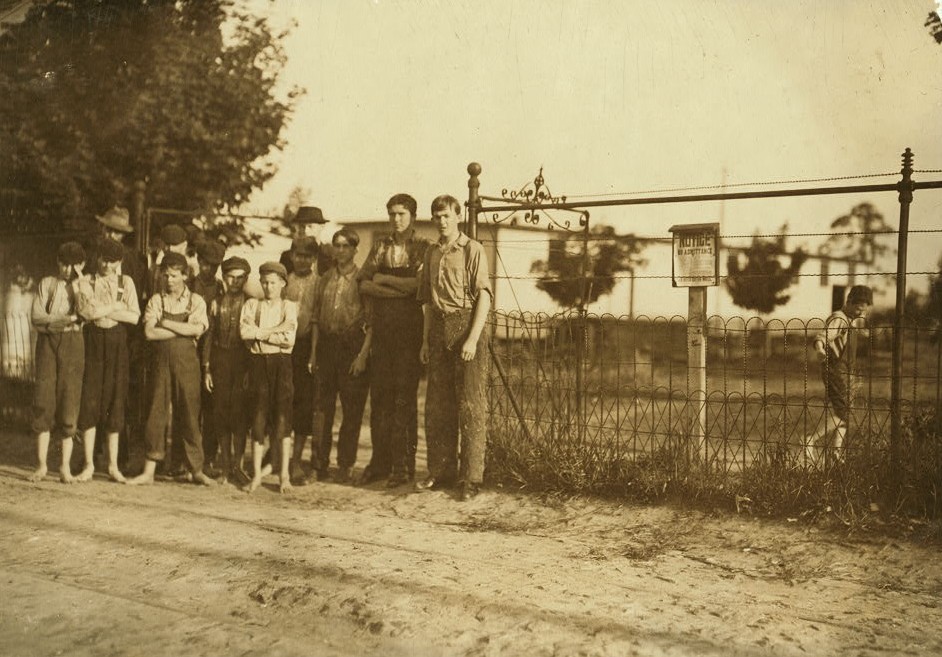 Some of the young workers in Schoolfield Cotton Mills, Danville, Va. The very young would not be photographed 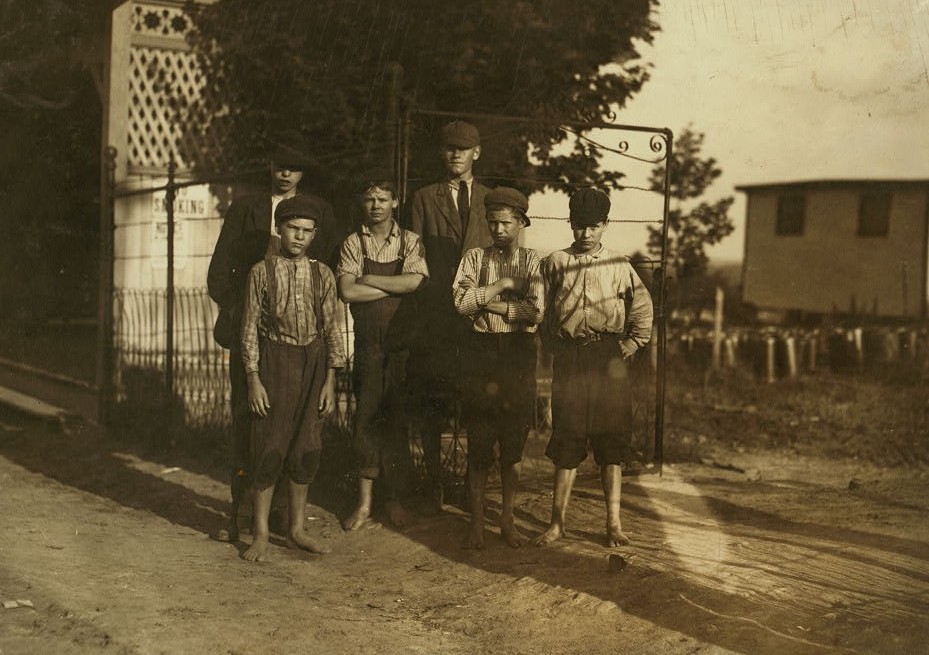 Group of adolescent spinners in Washington Cotton Mills, Fries, Va. The youngest ones would not be photographed. Location Fries, Virginia. May 1911 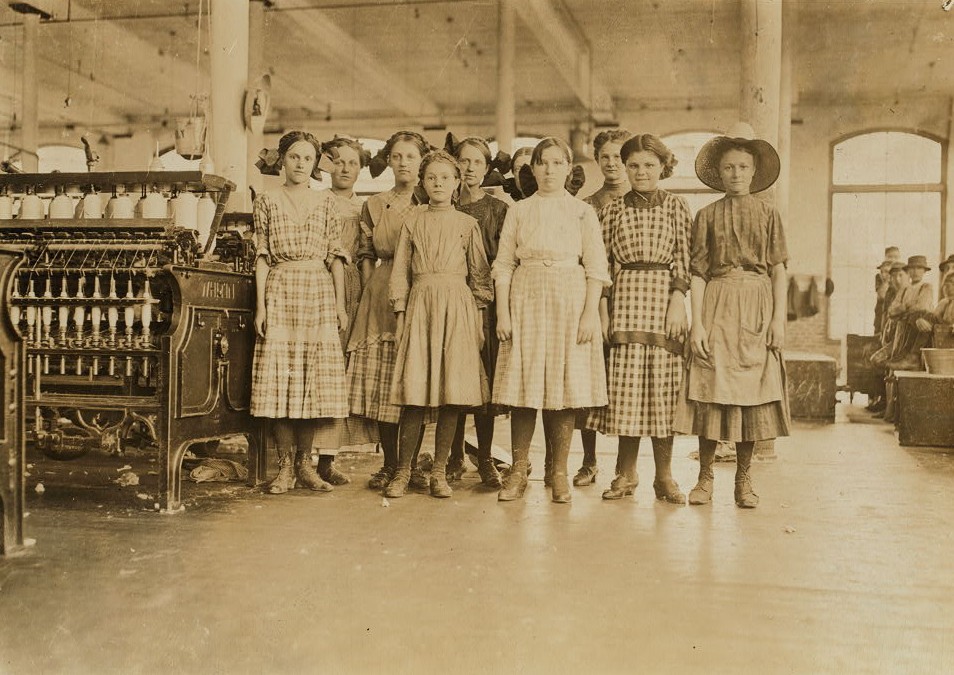 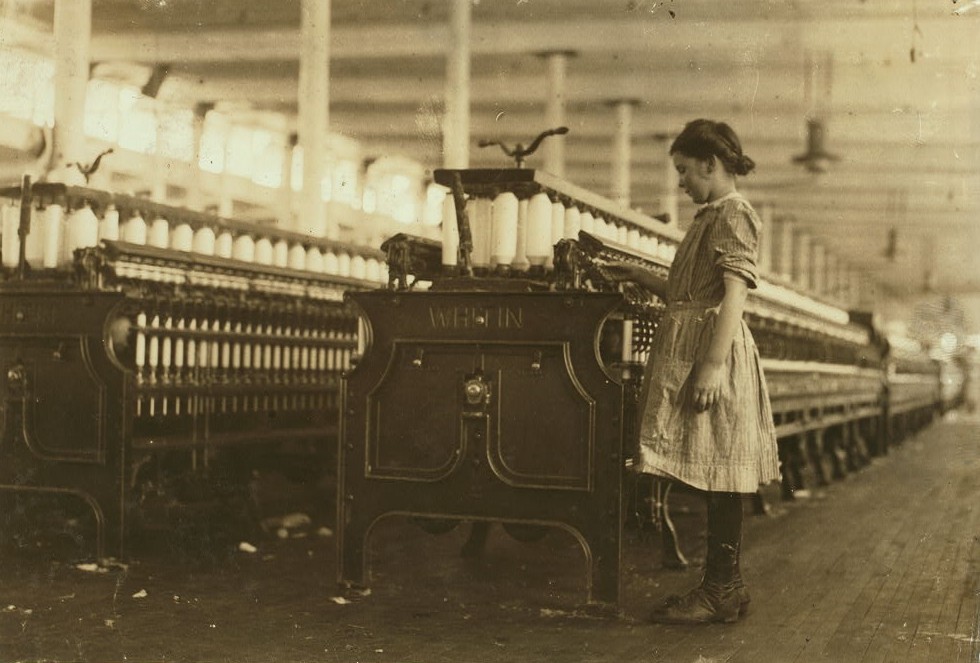 One of the young doffers in Washington Cotton Mills, Fries, Va., going to dinner. Said he was 15 years old, but it is doubtful May 1911 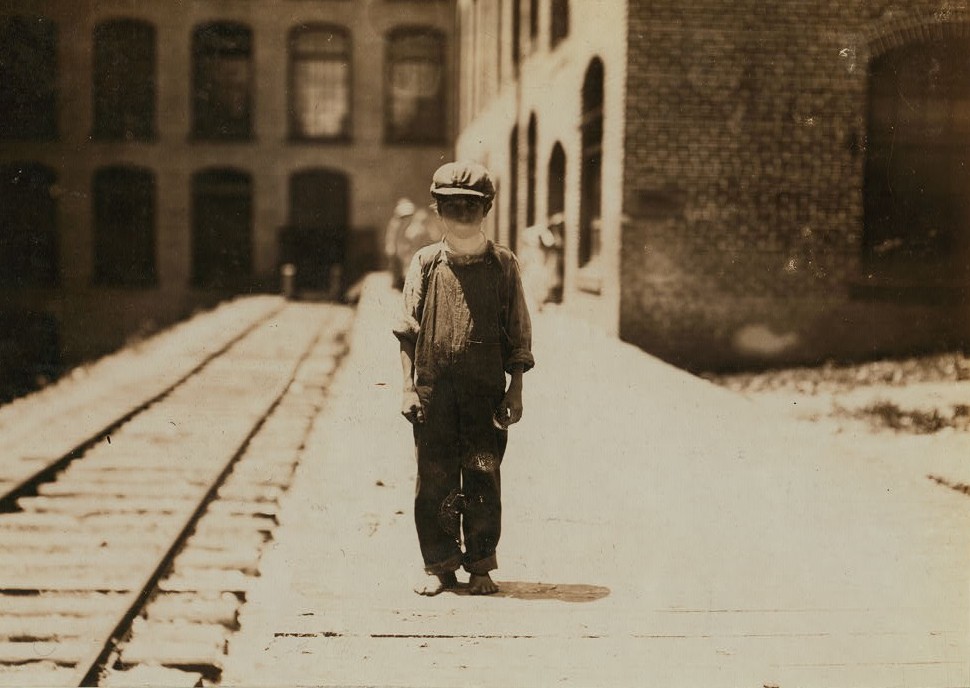 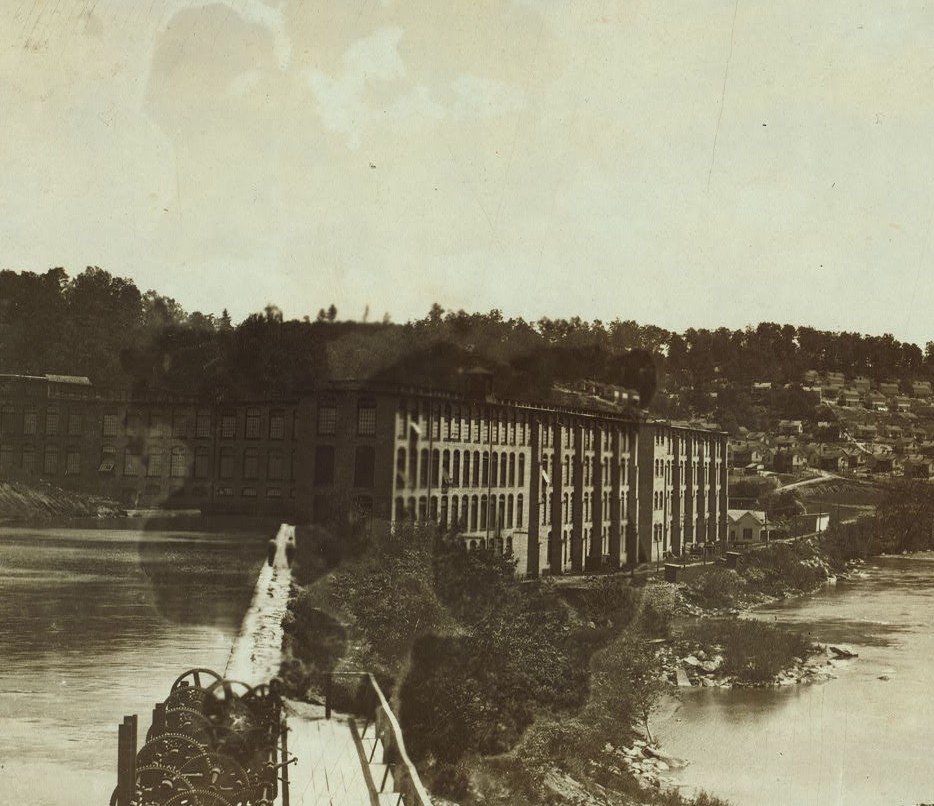 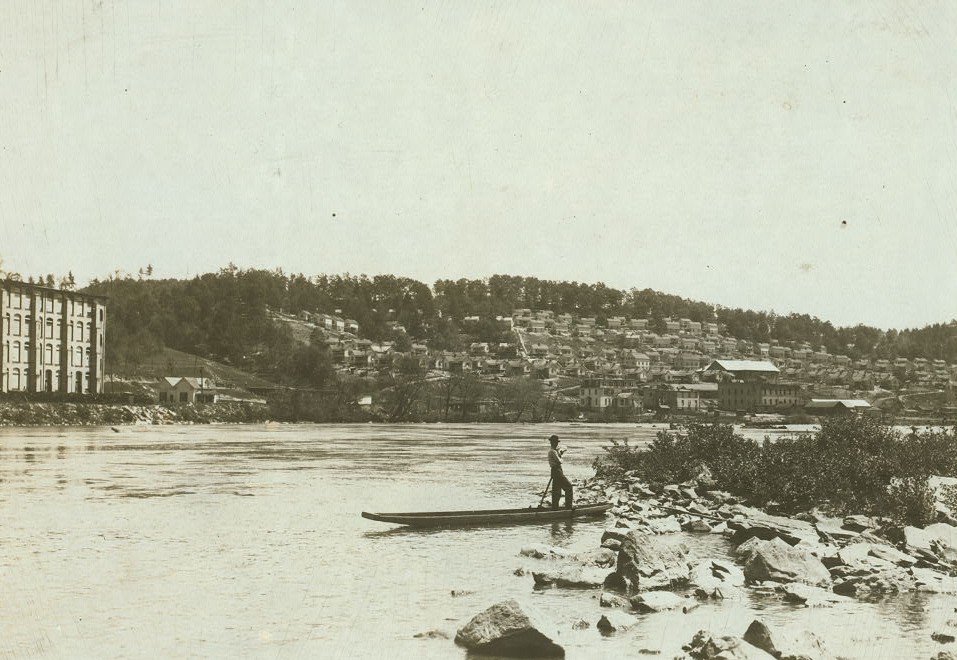 Some of the doffers in the Washington Cotton Mills, Fries, Va. The smallest one said he was 15 years old but, for that matter, they are all “wise” to the necessity for being at least 14. All work. The group was posed by the overseer. 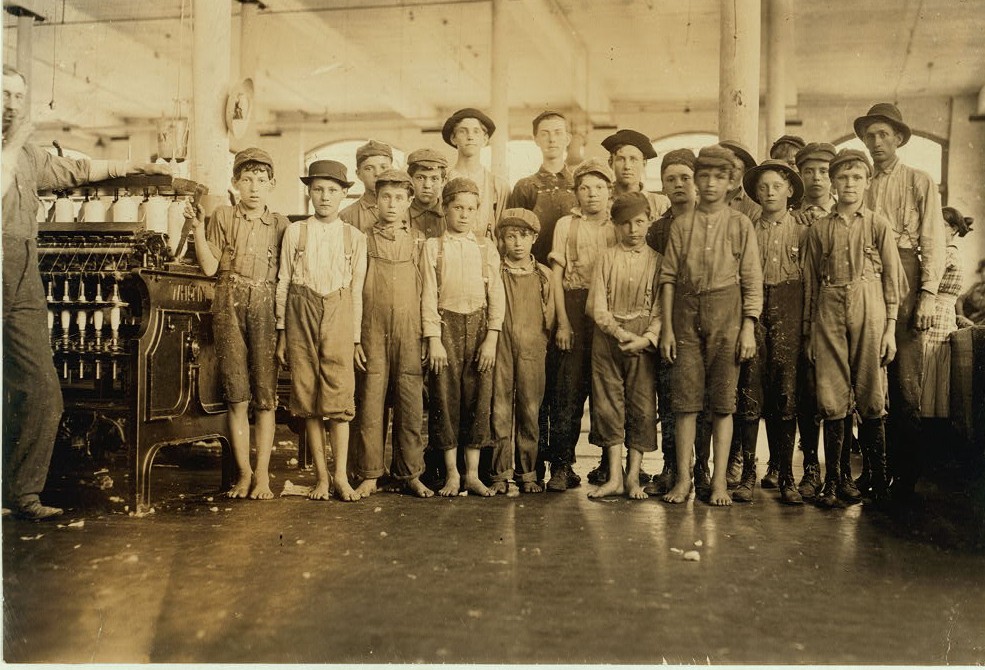 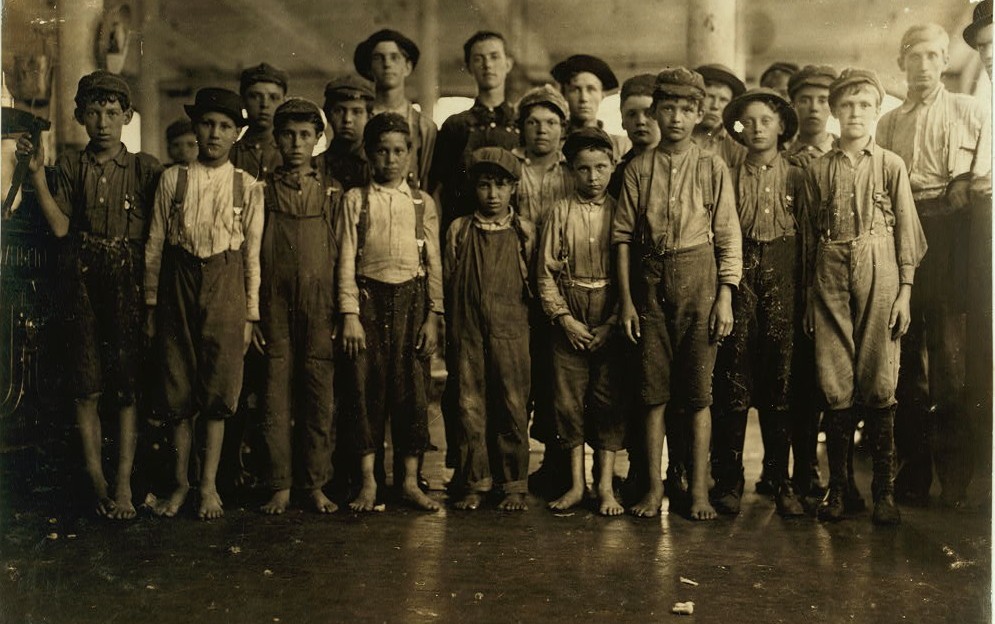 A part of the spinning force working in the Washington Cotton Mills, Fries, Va. Group posed by the overseer. All work. The overseer said, “These boys are a bad lot.” All were alive to the need for being 14 years old when questioned 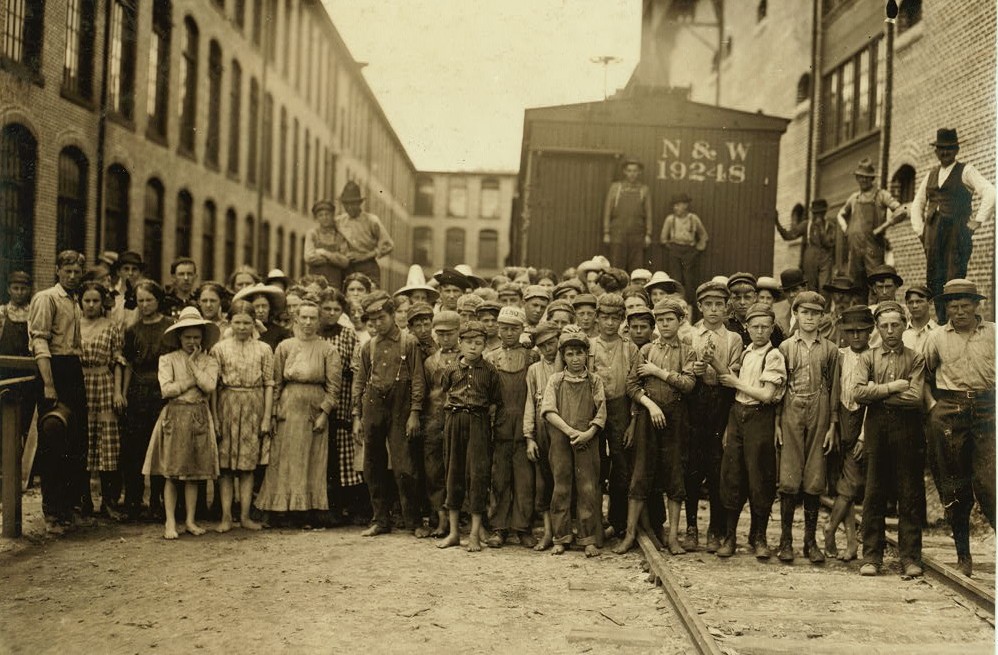 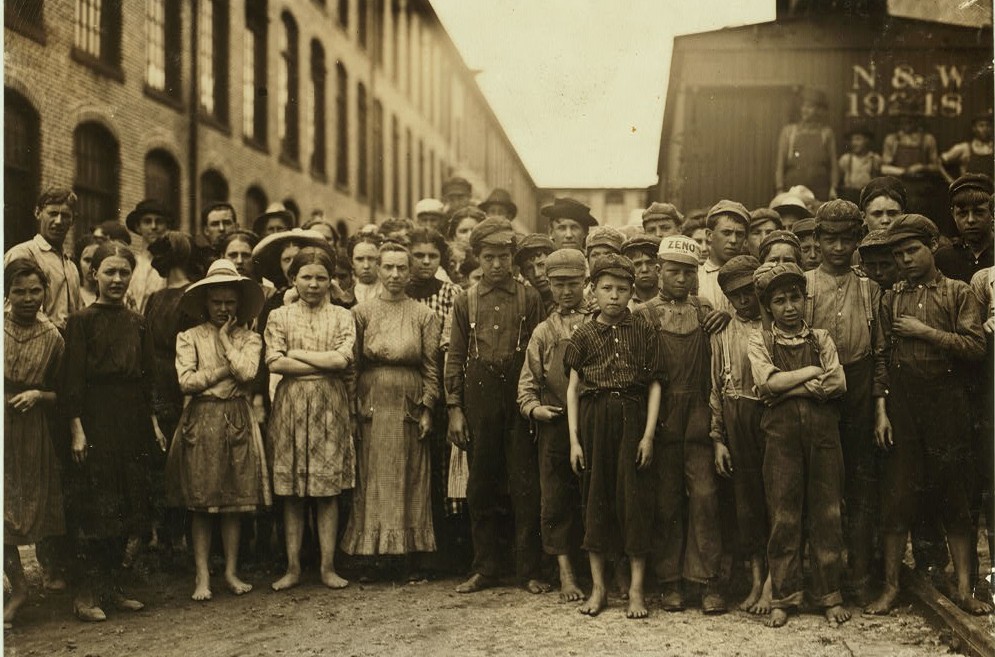 Family of L.W. Money. Father, daughter and two boys work in spinning room of Washington Cotton Mills. Fries, Va. Smallest worker said he was thirteen, but it is doubtful 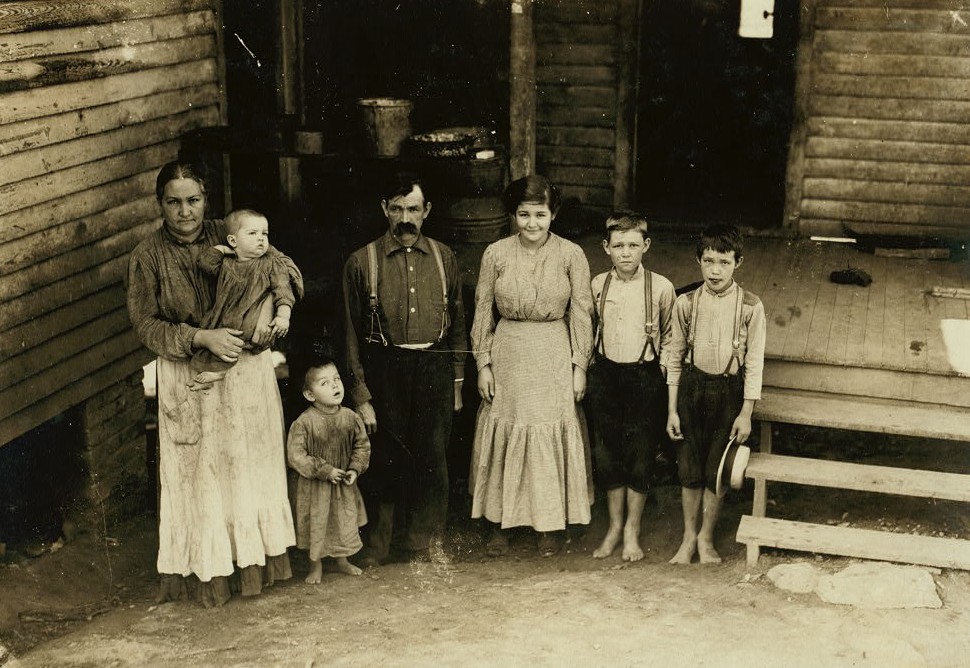 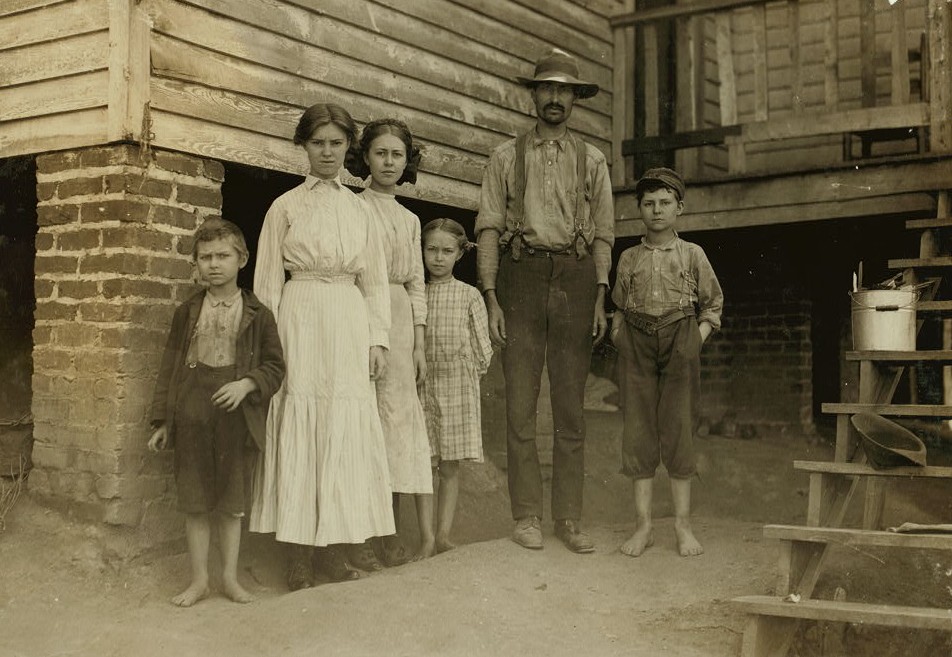 Mill boys’ recreation. A Sunday swim. Base-ball on Sunday is tabooed here. Sunday-school and church are well attended. Loafing around, playing marbles, and swimming seem to be the only respite from the week’s work. Location Fries, Virginia. 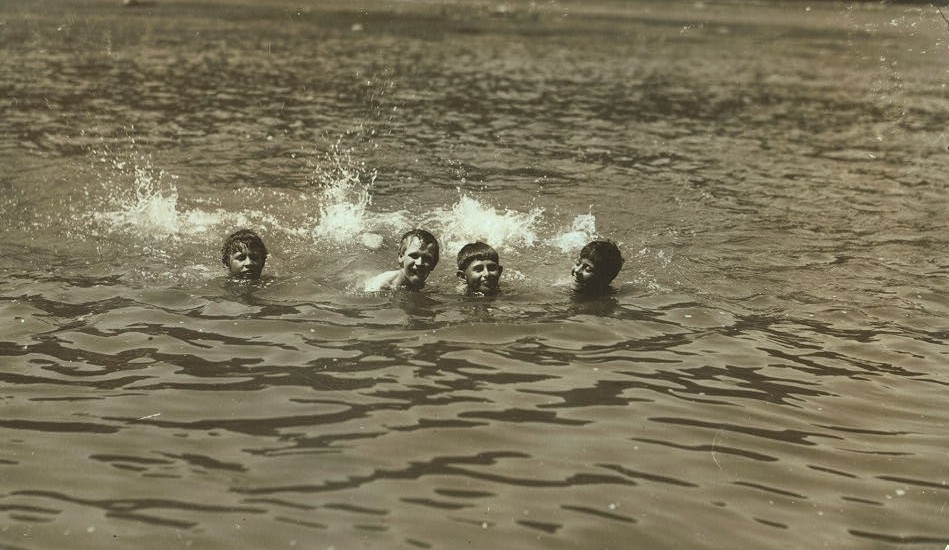 Tommy Bullard and his family. He had been sweeping for over a year in Washington Cotton Mills, Fries, Va. Said he was 13, but it is doubtful. Mother is a widow. Sisters in the mill too. Family came a year ago from a farm at Elkins, N.C. 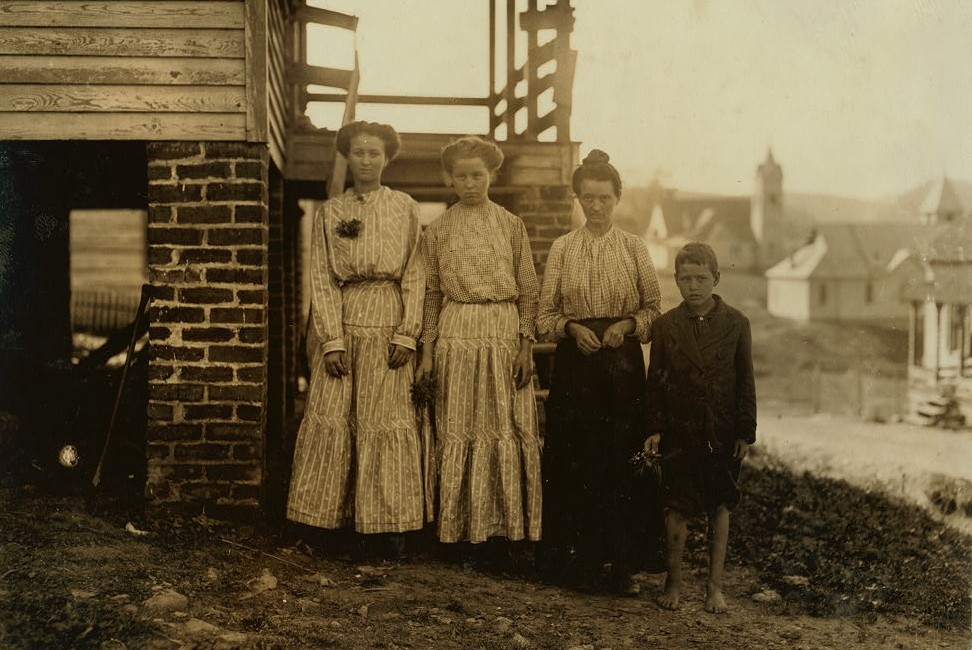 Family of A.P. Stata (he is at church). Father, son and two oldest girls in photo work in Washington Cotton Mills, Fries, Va. The little spinner on left of photo has been working three years. Runs six sides. Can run eight, “if they’d let me.” 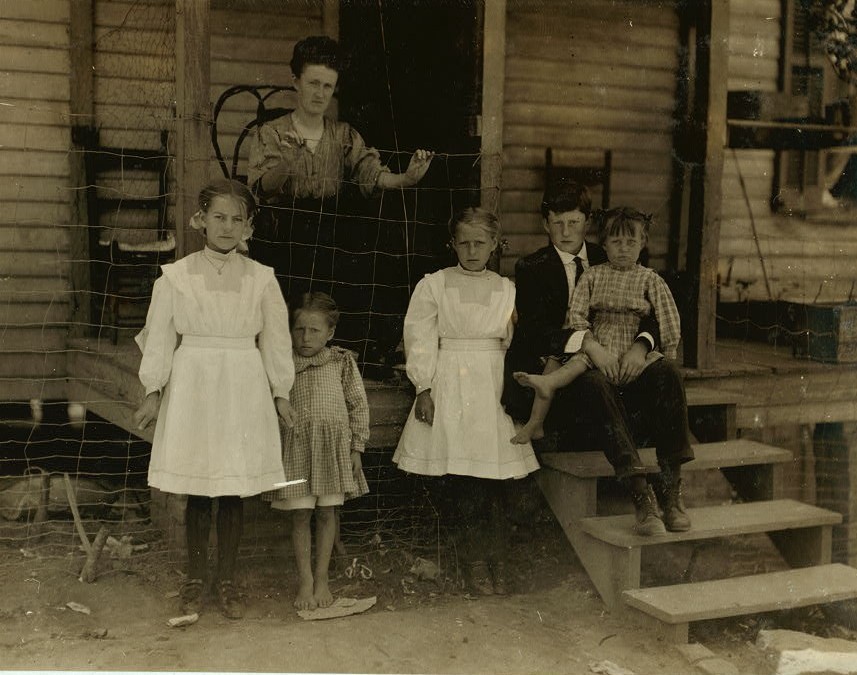 Family of J. J. Moore. All but mother and two smallest children on steps work in Washington Cotton Mills, Fries Va. Smallest spinner (right hand end of front row) said she was 14, but she surely is not. The family came from a Carolina farm three years ago 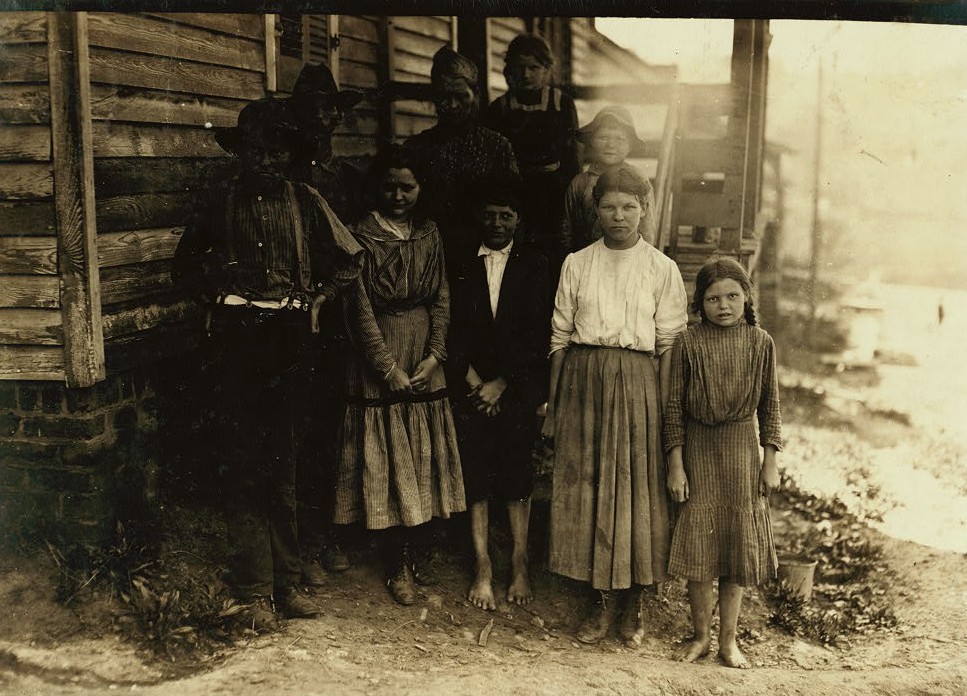 Sunday morning by the river. All of these boys work in Washington Cotton Mills, Fries, Va. Smallest boy doffs. Asked him his age, and he said, after hesitation, “I don’t know.” One of his chums said, “You told me the other day you were ten years old.” He appeared to be. Location: Fries, Virginia 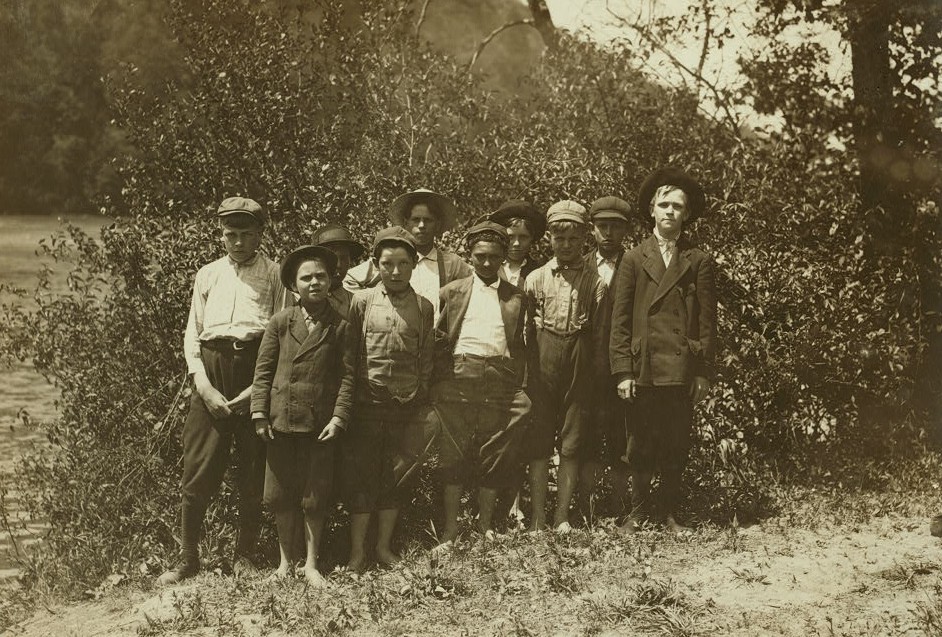 S.D. Ison and family. Father works some. Both boys on right of photo have been in Washington Cotton Mills, Fries, Va., for four years. When I asked the smallest worker how old he was, he said, “Don’t know,” and looked at his father, who said, “Going’ on 14.” (but he did not say how near to 14 he was). Location: Fries, Virginia 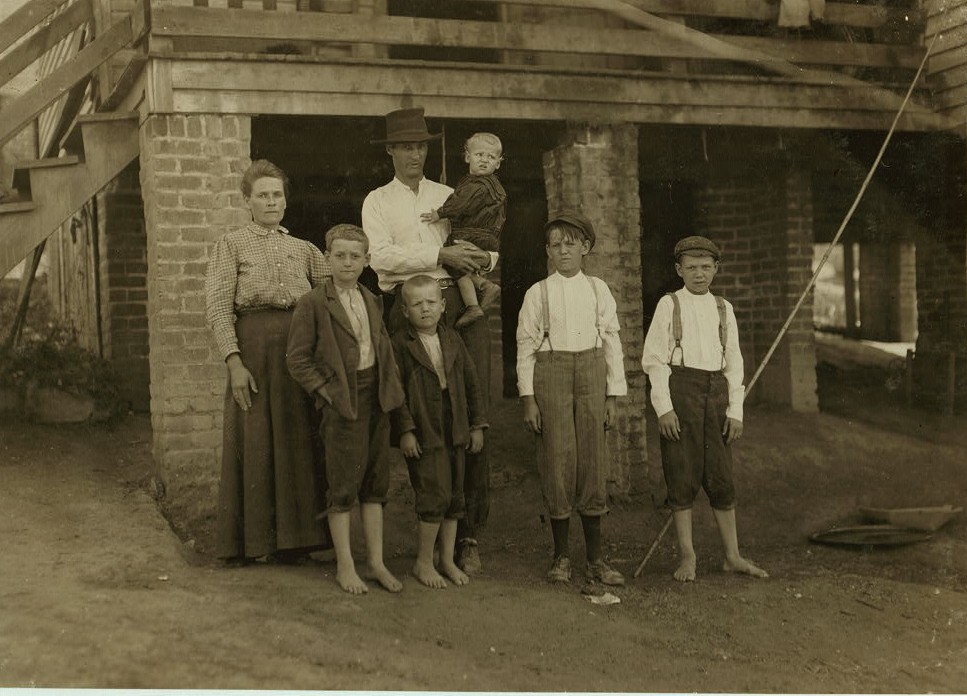 Dependent (able-bodied) Parents. Fries, Va. Family of Albert Senter. He said, “I don’t work steady. Have a garden here.” Eleven year old Mandy has learned to “spin” by “helping.” She said, “They say I’m too little to work steady.” Father added, “I guess she’ll get in all right in a little while. They’ve been extra careful, lately, ’cause the inspector’s been around, but it’ll be easier now for her to get in.” The three girls work and Mandy helps, with one eye on a steady job. Location: Fries, Virginia 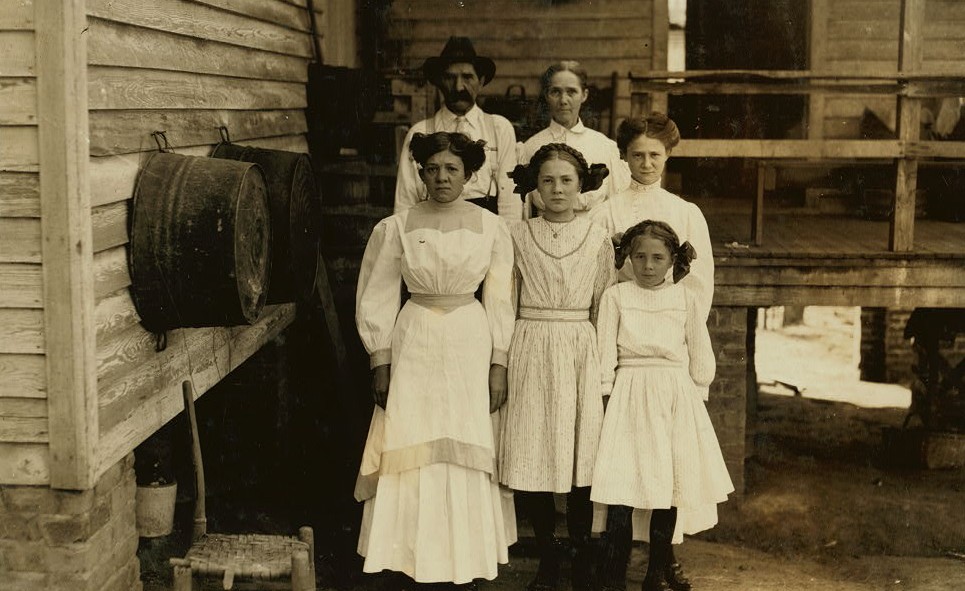 WHERE DO I START? Hints and Tips for Beginning Genealogists with On-line resources – Do you need some guidance in your tracing your family tree? Genealogy is a fun hobby that can include the whole family.

Extraordinary photographs from 1916 of people in Kentucky

The way to a man’s heart – good pie-making? This author from 1886 thinks so..
Today is a holiday. Do you know what it is?
Don't miss the stories, get a daily dose of history