In my little “birth town” in the 1920’s, few women drove cars – only those who were “meeting men” in “road-houses” (early name for “tourist camps” and later they became motels.)

When I was 16 my dad decided I should learn to drive and he should be the one to teach me. The first time I got under that steering wheel and slowly began to move, a little dog ran in front of the car and I almost hit it! I got out of the car and refused to try again!

It was many years later – after both of our sons were in school that my husband decided it was absolutely time for me to drive! We owned a “straight shift car” and he insisted that I learn on that. (Then as soon as I got my license, he traded for an automatic transmission!)

There was a very intelligent Chinese young man, Shiu Fong Young, who was in my husband’s mathematics classes at Samford University in Birmingham, Alabama. Shiu Fong became a favorite with our little boys and was in our home on many occasions. Sometimes he prepared delicious Chinese food for our enjoyment. 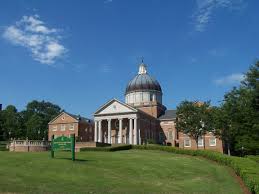 So when my husband considered me to be a likely candidate for a driver’s license, he thought nothing strange about sending Shiu Fong with me for my final parallel parking lesson!

We went to the testing area and he had me drive round and round on the little streets reserved for the drivers’ test. He sat on the edge of the seat and when he’d see an empty space, he’d shout loudly “Pak! Misses Wheelah! Pak!” (I’m sure I was white as a ghost!)

We went through this procedure several times on several streets until finally, Shiu Fong announced loudly “We go take test!” And I did! And I passed !! (Probably because the testing officer never wanted to go through that ordeal again!)

This memory has a “night-marish”quality about it – and to this day I’d walk five miles to avoid parallel parking! Amen and Amen !!

Vinegar of the Four Thieves: Recipes & Curious Tips from the Past –This book is a compilation of some of the funny and helpful tips from our past history. Some recipes and tips date back to the 1770s. One or two sound a little dangerous and I would never try them myself, but I’ve included them in this book for their humorous and historical value.