This story by a contributing author reveals much about birth order and reminds me of how much raising children has changes from one generation to the next.

JOE IN THE MIDDLE

Our son, Joe, did not have the middle child syndrome, even though he was the middle child. He was too busy every minute of the day to let that worry him. He was the one who suffered through some pretty gory accidents while growing up. I have often said my husband and I would have been arrested had all the hospital ER occurrences been as accessible as they are now.

We moved into our home shortly before our third son was born. There were so many things for a little boy to explore. One day, I heard the lawn mower start. I couldn’t even do that! As I ran to the basement to find out what was going on, Joe met me and said: “That’s O.K. Mommy, I stopped it!”

As a toddler, Joe and his younger brother, who was car seat age, were waiting in my car as I stopped to check on a friend who was ill. We didn’t have the secure seats young ones have now. I was standing on the lady’s porch when I heard the gear shift click. Joe had taken the car out of gear and the vehicle began rolling backward, crossed the street and stopped against a tree.

As a three or four year old, he took his pedal car to the top of our across the street neighbor’s drive way and began rolling down the drive only he didn’t stop there. That little car and driver rolled across the street and down our driveway, across the back yard and flipped in a drainage ditch at the back of our property. Our oldest son ran into the house and told me what had happened and added that Joe was lying in the ditch, not moving. As I ran out to check on him, he came around the house, pale, but in one piece. I guess that was preparing him to play football in the future! 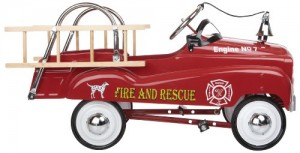 Recently we were eating in a Chinese Food Restaurant and I observed Joe eating with chopsticks. This reminded me of one of his accidents. He decided to eat a bowl of cereal while sitting in the den. That doesn’t sound bad; but he was using chopsticks. As he dropped one of the chopsticks and bent over to retrieve it, the other made contact with his knee and injured the soft pallet in his mouth. That was really frightening; but Joe survived and still likes to use chopsticks.

Today, Joe and I shared some of his experiences with his two teen age daughters. These two young ladies are very feminine and none of those kinds of incidents has ever happened to them. One of them would like to be the mother of a female child someday. The other dreams of two daughters and a son. At least the latter hasn’t dismissed the thought of raising a potential “Joe”!

Motherhood is very special and I would not wish either of my three sons was a different personality. God has been good and we made it through all the growth stages of those little boys.