My Venture Into The Art/Business of Tattooing

At a very early age I became fascinated with tattoos.  I don’t know and can’t explain why, but I was.  I marveled at the images that never wore off of the skin of some people.  How did they do that?  How does it work? I had many questions, but no answers.  Consequently, I experimented.

During the summer months I always went barefoot, as did virtually every kid in Shelby County, Alabama.  It was not unusual for me to never put on a pair of shoes, except to go to church, from early spring to late fall.  Such constant exposure of the sole of one’s feet results in the skin becoming thick and leathery.  When I came to focus on this fact with tattooing on my mind I decided to try to tattoo something on the bottom of my feet by using a common needle and thread. 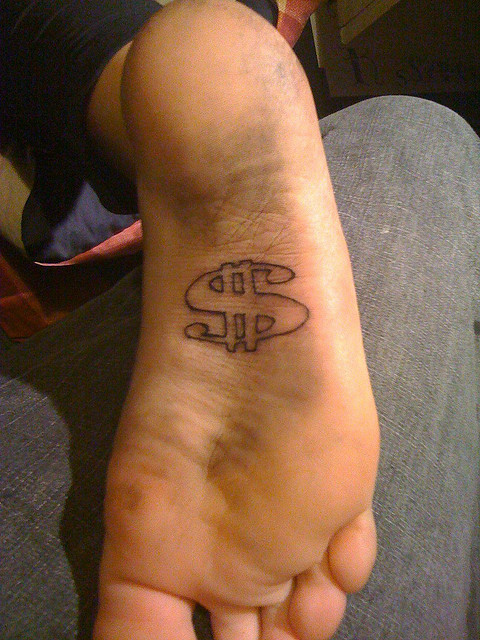 I dipped the thread into a bottle of regular ink and then very carefully punched the needle into that tough skin on the bottom of a foot, extending the route of the needle for a distance nearly as long as the needle . . . . . just under the skin, mind you . . . . . not sticking myself where the skin had not toughened.  I would then pull the ink filled thread through the hole left my the needle and the results would be a straight line of ink under my skin.  Walla!  I had created a tattoo!  But, alas, this method would only permit straight lines; when it became winter and shoes were worn again, the tough skin went away as did the tattoo.  And, who every heard of tattoos on the bottom of one’s feet!

Then the occasion arose when my Mama asked me to replace the cast iron grate, which had become damaged from heating repeatedly, in the kitchen stove.  This task involved removing the old grate, which was held in place by a series of bolts.  The bolts were always difficult to remove and in my efforts to do so, I scratched my fingers in two places.  Some time after said chore had been complete and the scratches had healed I observed that I had apparently gotten soot into the scratches and what remained after they healed was . . . . . . would you believe it!!! . . . . . tattoos!!!  Armed with this new found discovery, I cut myself on an arm with a razor blade and then rubbed soot into the resulting open shallow cuts.  I had successfully created a small tattoo of my initials using this method.  But, I found the results to not really be acceptable, as I could only make straight lines and was particularly fond of the pain that the cuts caused. 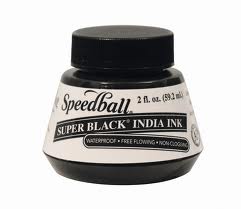 Finally, some person whose identity is lost in my memory explained how the tattooing process was manually done.  I was told to get three regular sewing needles; bind them together with sewing thread so that all three points met at the same place; go to the drug store and purchase a bottle of india drawing ink; dip the three points of the needles bound together into the india drawing ink (the cavity created by the tapered ends of the needles will consequently hold a small quantity of ink); and punch the three needle points into my skin repeatedly to create a solid line of my choosing.

Having been told this, I couldn’t wait to get to Columbiana (where the nearest drug store was) and purchase a bottle of india drawing ink.  I made that purchase as soon as I could.  During the night of the date of said purchase I sat in the middle of my bed after everyone else had gone to bed and proceeded to try the method I had been told about.  Having tried at least two other methods, which effectively failed, I really didn’t believe that it would work.  I decided that the test pattern would be my age, which was 15.  And I decided to place the test pattern at a convenient and easy place to punch the small holes repeatedly, which was my left hand between my thumb and index finger.  It took a few days for the area that I had thusly used to completely heal and during that time I wore a band-aid over it to avoid the prospects of my Mama seeing it.  It healed and what remained was a near perfect 15.  After all the other trials and errors, I had come upon a method that actually worked!!

That 15 on my left hand became the envy of every young boy in and around the community of Shelby!  I was almost immediately requested by numerous other boys to place a number on their hands.  And I did.  The numbers ranged from 1 to a level that I can not remember.  It didn’t take too long for almost every boy that I knew to be wearing a freshly tattooed number on their left hand.  Then the requests expanded to place other tattoos on arms and chests!  They consisted of Confederate Battle Flags to Religious Crosses to Names of Girl Friends, etc. 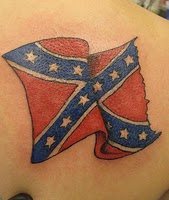 Strange thing was that I never considered charging any fee for such tattoo services.  This new found endeavor continued for some time until the summer afternoon came when I was sitting on the front steps to our house tattooing something on a “customer,” when my Mama appeared unexpectedly out of the front door and asked abruptly, “What are you doing?”  . . . . . . . My memory can still clearly recall and envision that bottle of india drawing ink making an arc in the air from where Mama had hurled it to the weeds across the road.  My tattoo business ended on that day and at that moment!

During the course of my life I have experienced all sorts of questions about the 15 on my left hand.  When I commenced work with the former First National Bank of Columbiana I was assigned the role of a Teller.  As such obviously my hands were not only exposed but were often observed by customers.  One such customer was an elderly lady who asked me, “Were you in a concentration camp in Germany?”  Then there were the questions by many that inquired about my being a part of a gang.  When I entered the U.S. Army that 15 became a part of my permanent records as being an identifying mark.

Many of my tattoo patients still live in and around Shelby and when I occasionally see them they always show me their numbers and we have a bit of fun reminiscing about when it was put on.  I have also been to the funeral home and cemetery numerous times in recent years and observed a number that I tattooed on the left hand of the deceased folded across their bodies in their final resting position.