In the early 1900’s when automobiles became more affordable, auto racing was as popular as horse racing. The following photographs were taken around this era.

The photograph below has the caption:   Finish of 1st American auto race at Springfield, L.I. – A.L. Riker in electric, wass the winner. 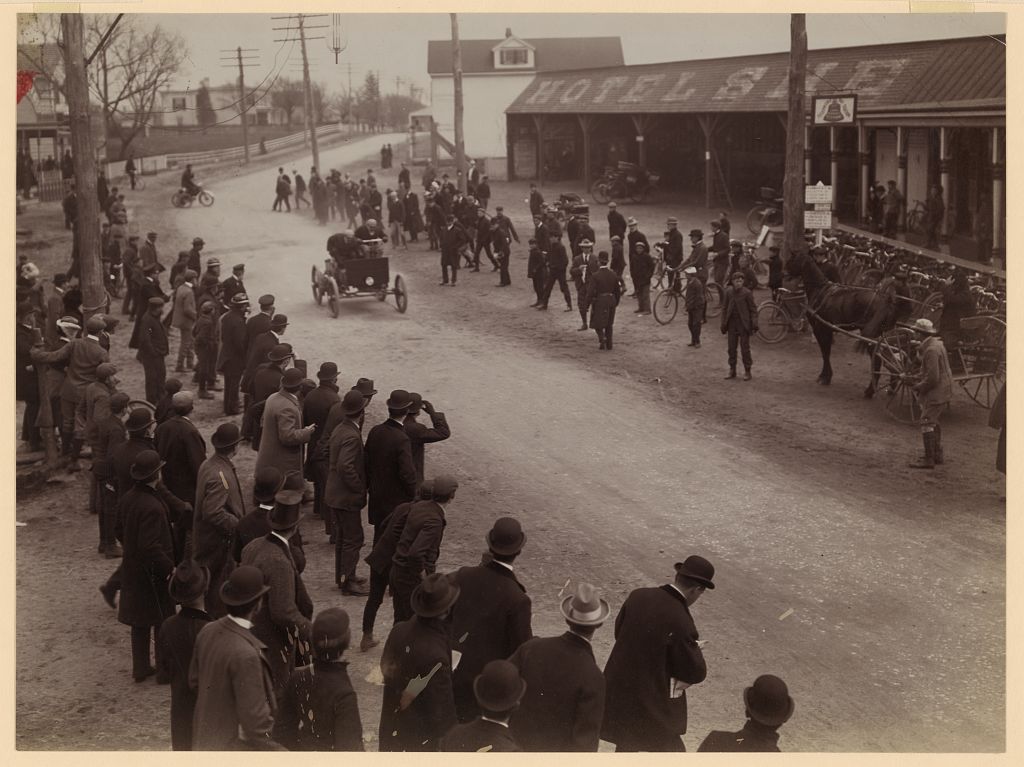 The Photograph below taken by Spooner & Wells of New York shows five men trying to pull a car out of the mud in the New York to Paris race around 1905. 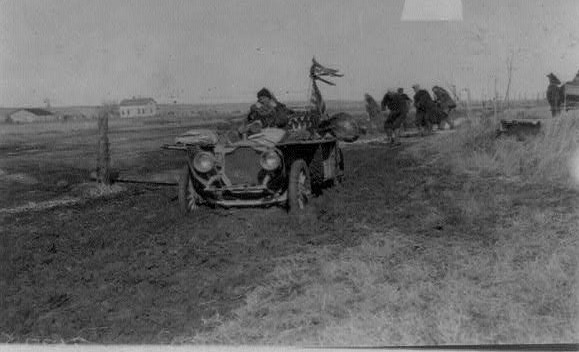 This photograph is captioned: Winton driving his automobile on a racetrack around 1901. 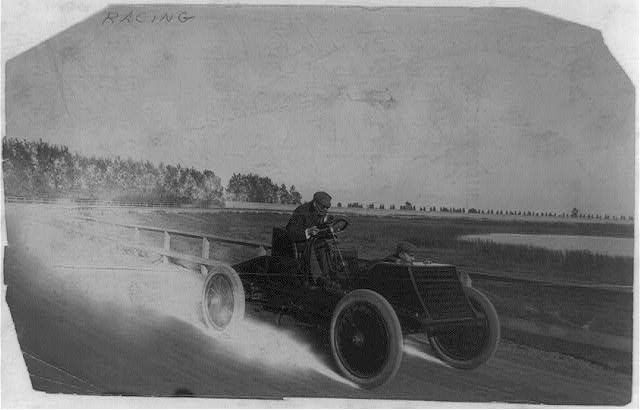 The caption with the photograph below is: 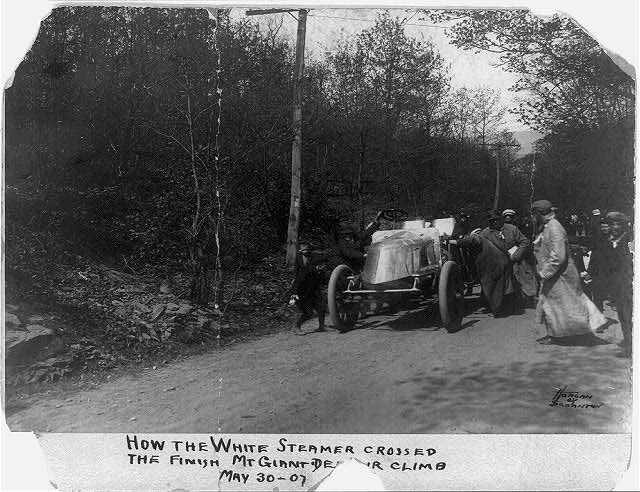 This is the view from the grandstand at Vanderbilt automobile race ca. 1908 by Bain New Service 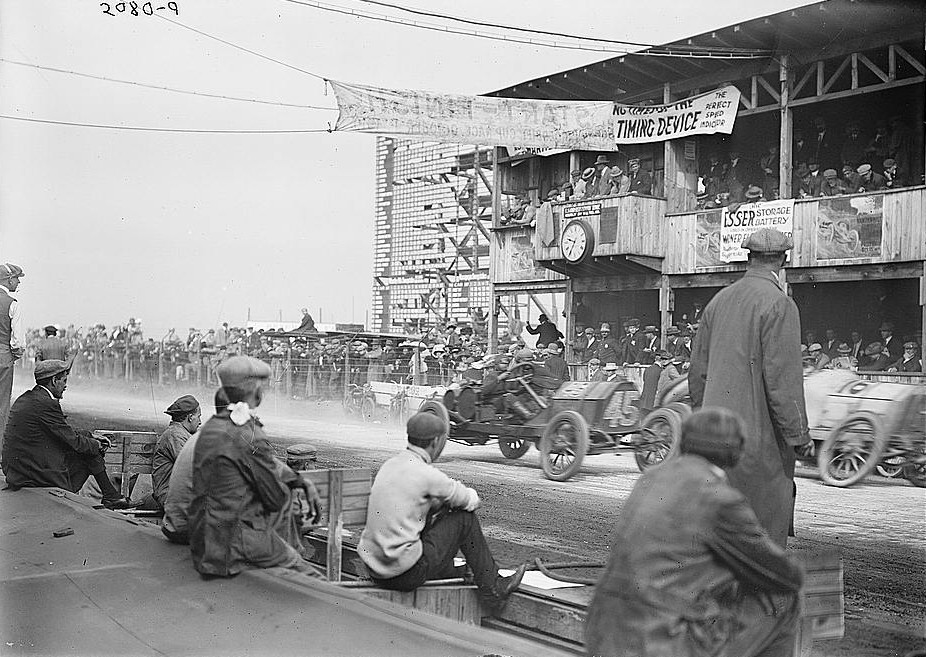 This photograph was taken of Tracey finishing in the Vanderbilt cup race, for racing cars sponsored by W.K. Vanderbilt, Jr. photo by F. Ed. Spooner. 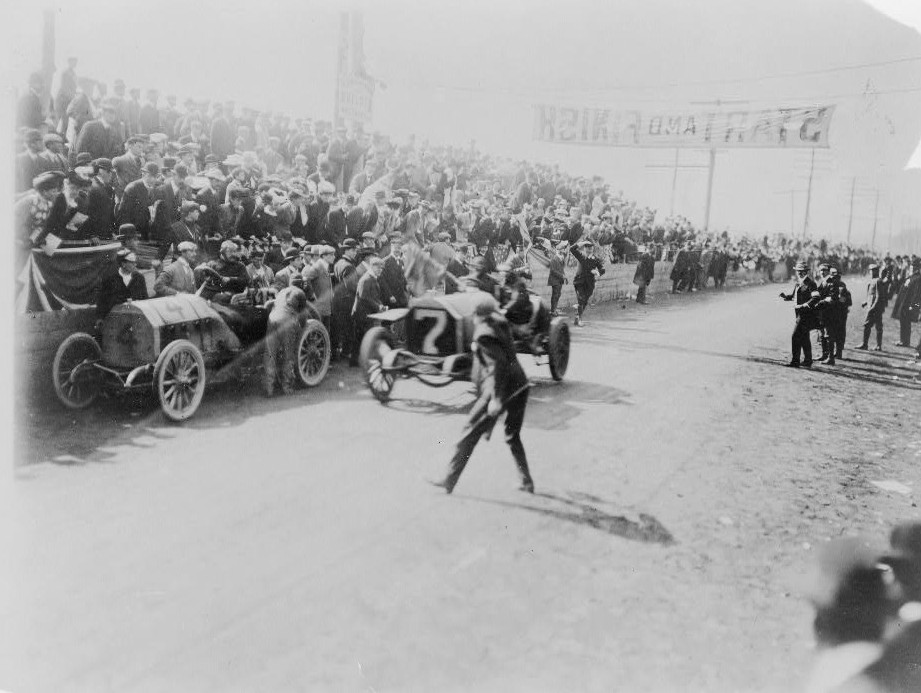 This photograph was taken by B. Ed Spooner in 1905 of the Scoreboard at the Vanderbilt cup race, for racing cars sponsored by W.K. Vanderbilt, Jr. 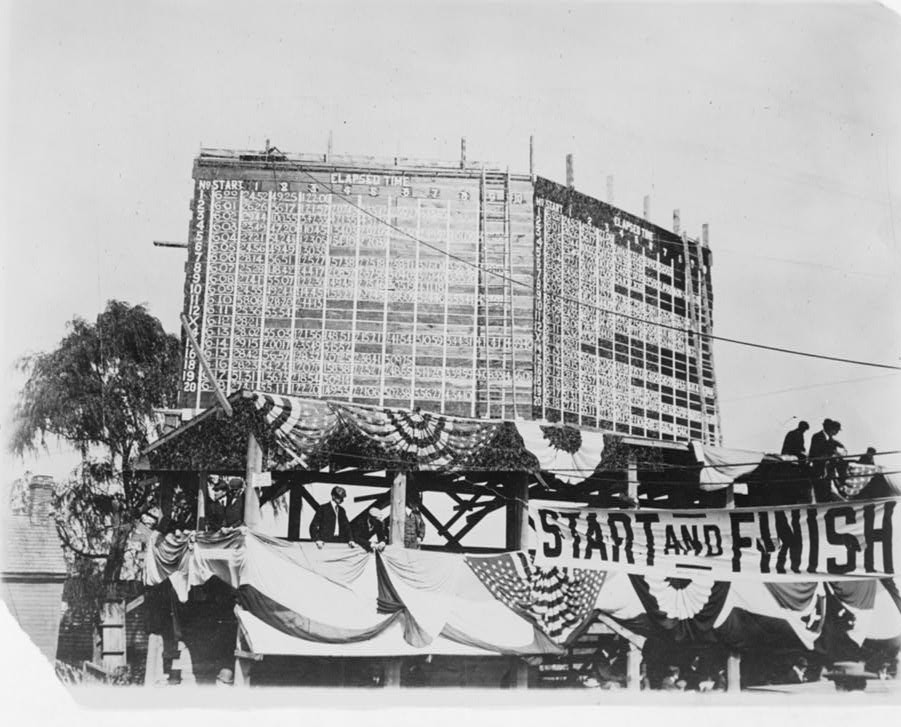 This is the Moto Bloc French car in the New York to Paris race in 1908 taken by Warren Z. Newton 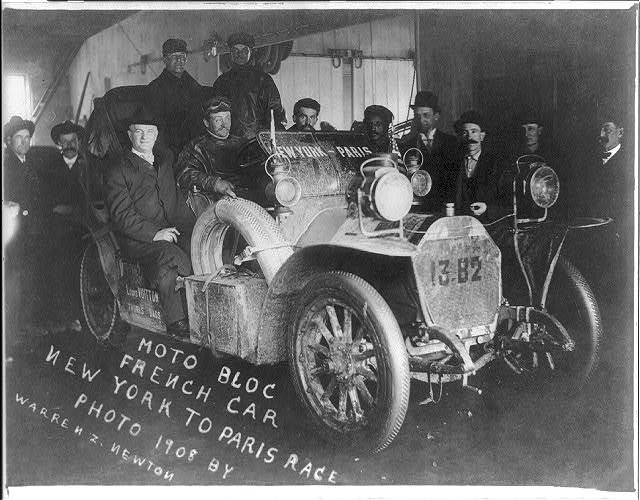 This photo was taken in 1895 at the Washington Club Race Course, Chicago, Illinois 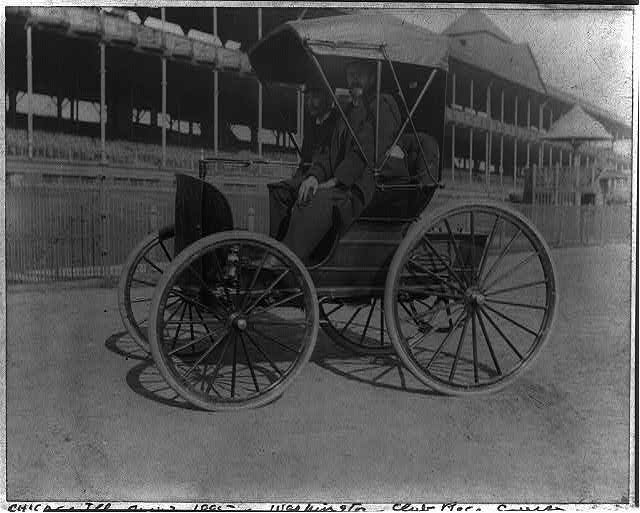 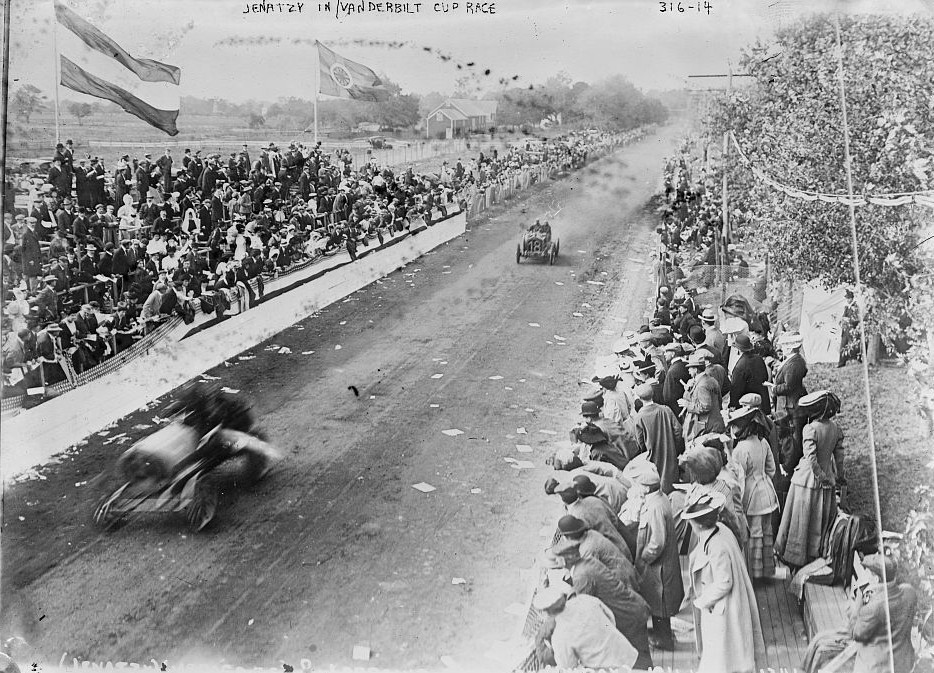 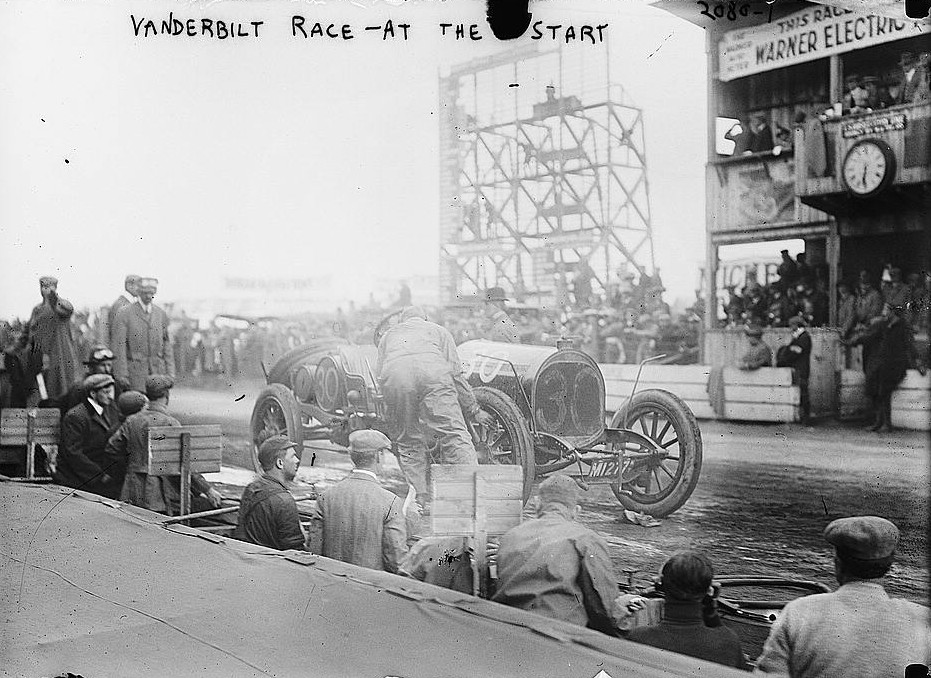 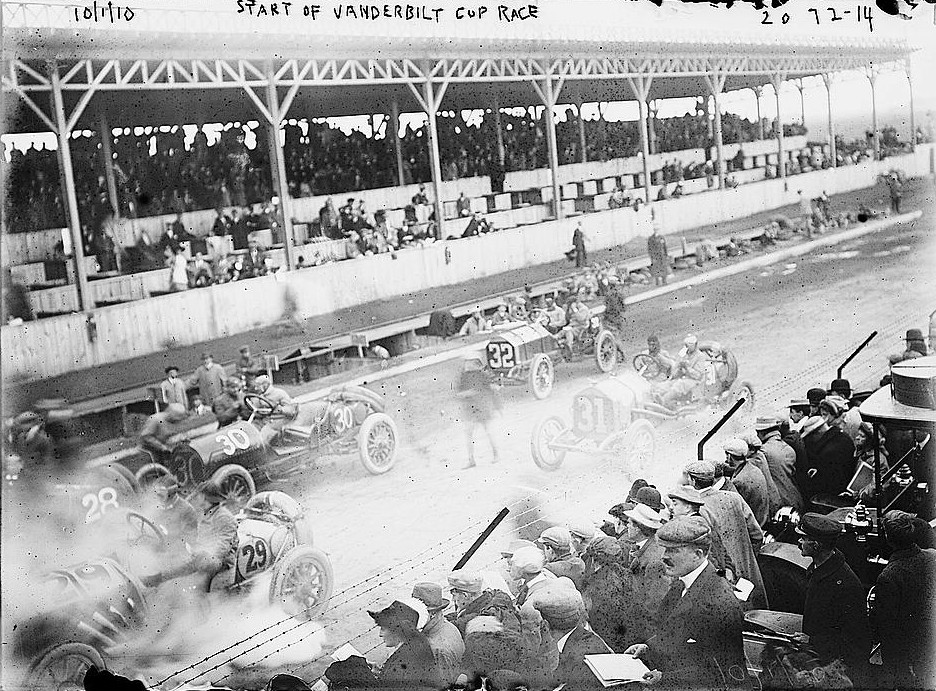 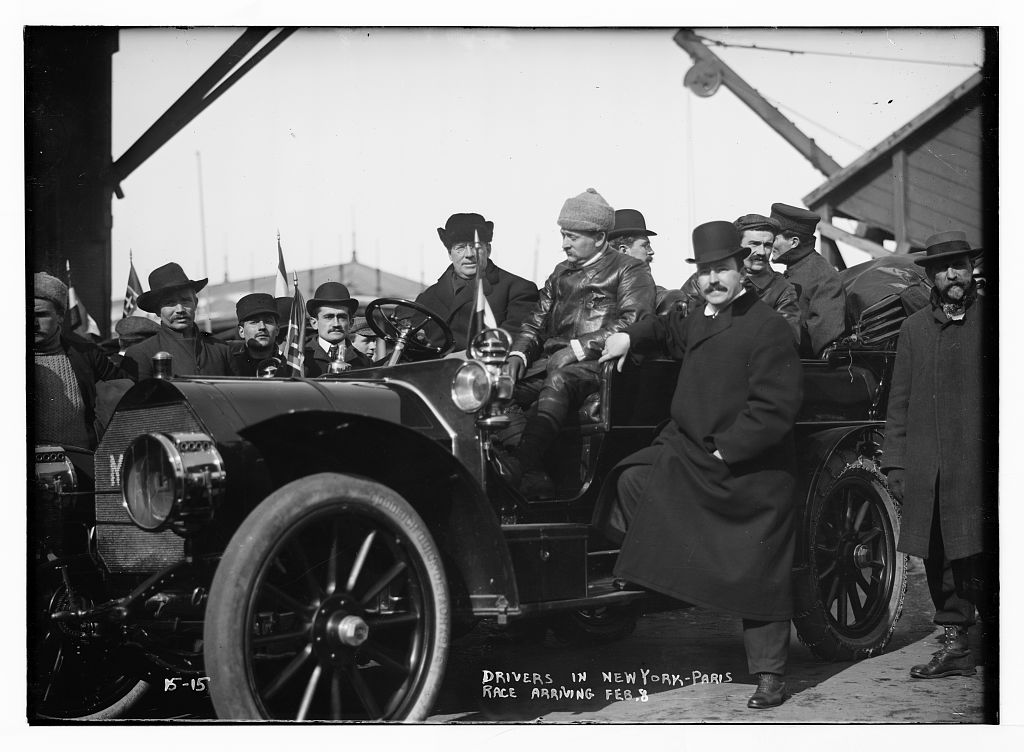 This photograph was taken around 1900 of Poole – Simplex, 24 hour race, Brighton Beach by Bain News Service 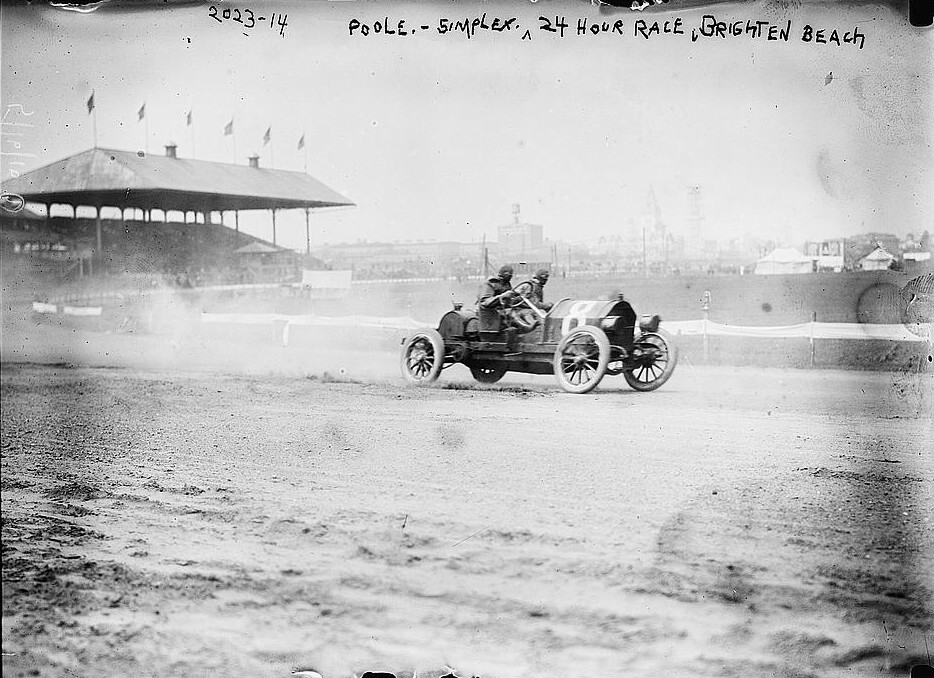 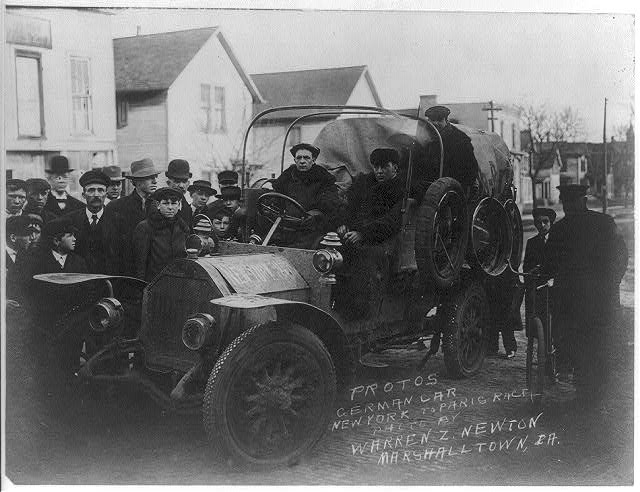 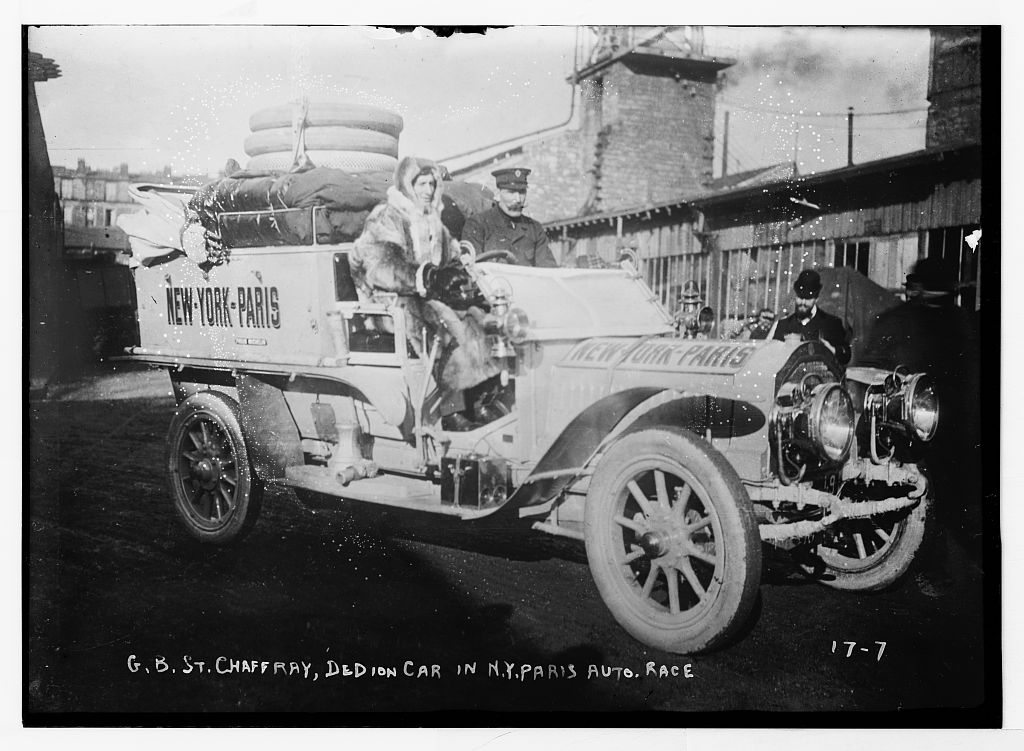 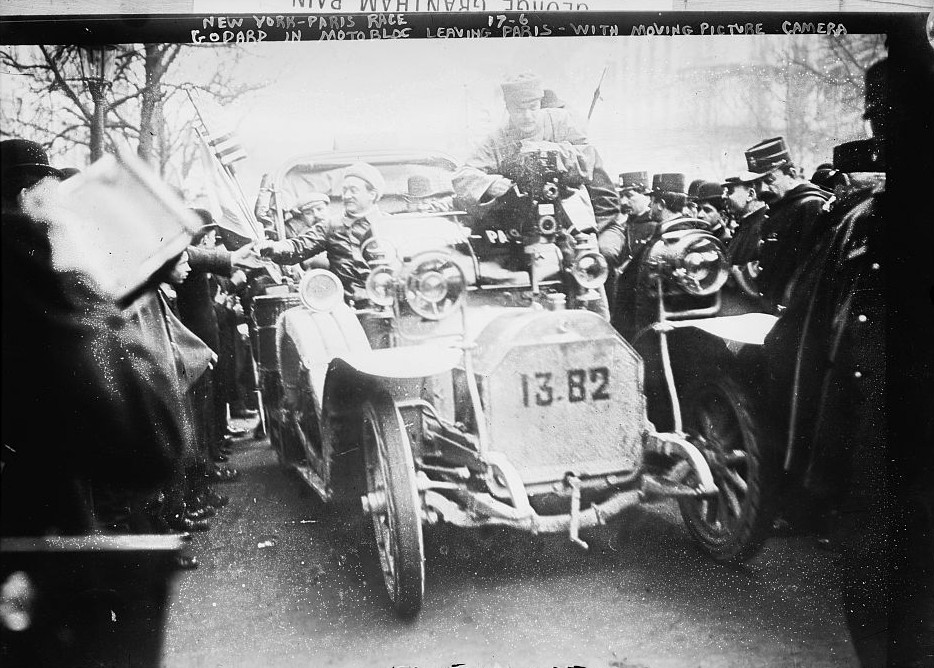 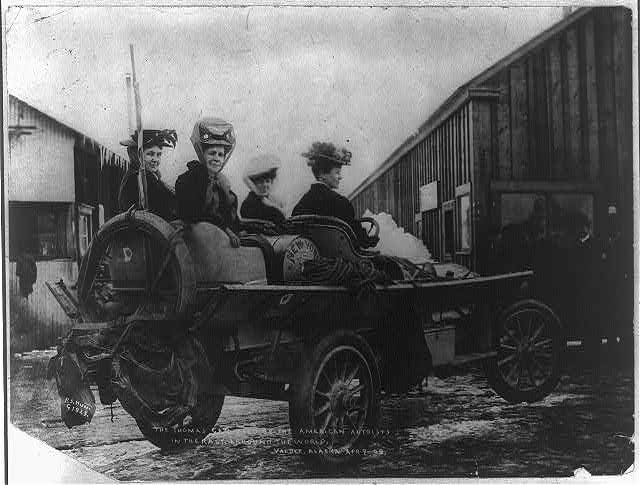