Bury the hatchet – means to settle your differences with an adversary. 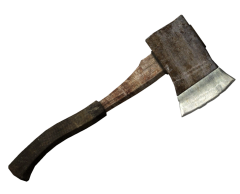 Hatchets were buried by the chiefs of tribes when they came to a peace agreement. The phrase is recorded from the 17th century in English but the practice it refers to is much earlier, possibly pre-dating the European settlement of America. A translation of Thwaites’ monumental work Jesuit Relations, 1644, suggests the practice:

“Proclaim that they wish to unite all the nations of the earth and to hurl the hatchet so far into the depths of the earth that it shall never again be seen in the future.”

The New England Historical & Genealogical Register for 1870 has a record that Samuel Sewall made in 1680, where he recounts the burying of hatchets by Native American tribes:

“Meeting wth ye Sachem [the tribal leaders] the[y] came to an agreemt and buried two Axes in ye Ground; which ceremony to them is more significant & binding than all Articles of Peace the Hatchet being a principal weapon wth ym.”

Do you love history? Then you must read – Historical Fiction Novels by New Alabama Author