During the early 1900’s, child labor was a major problem across the United States. Instead of attending school, many underage children worked to supplement family income. Even though child labor had been condemned in America since the early 1800’s, it wasn’t until 1892 that the Democratic Party adopted a plank in their platform recommending a ban on factory employment for children under the age of fifteen.

However, child labor still continued as these photographers documented when they traveled the United States photographing underage children working in factories and unsafe conditions in order to document the problem. The photographs below by Lewis Wickes Hine were taken in May and June 1911 in Virginia. His comments are included in the captions. 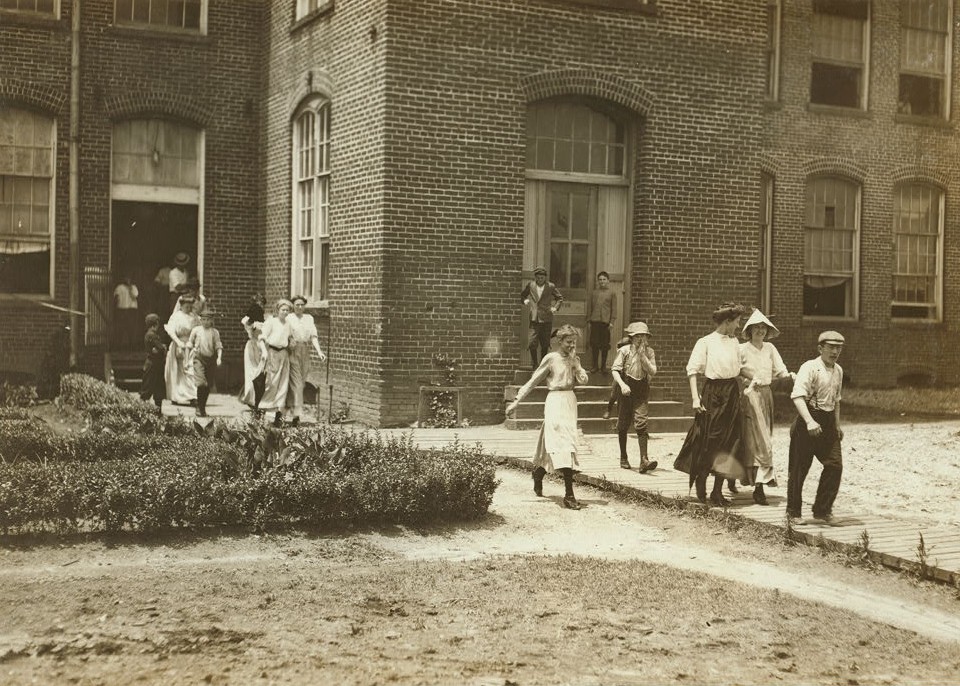 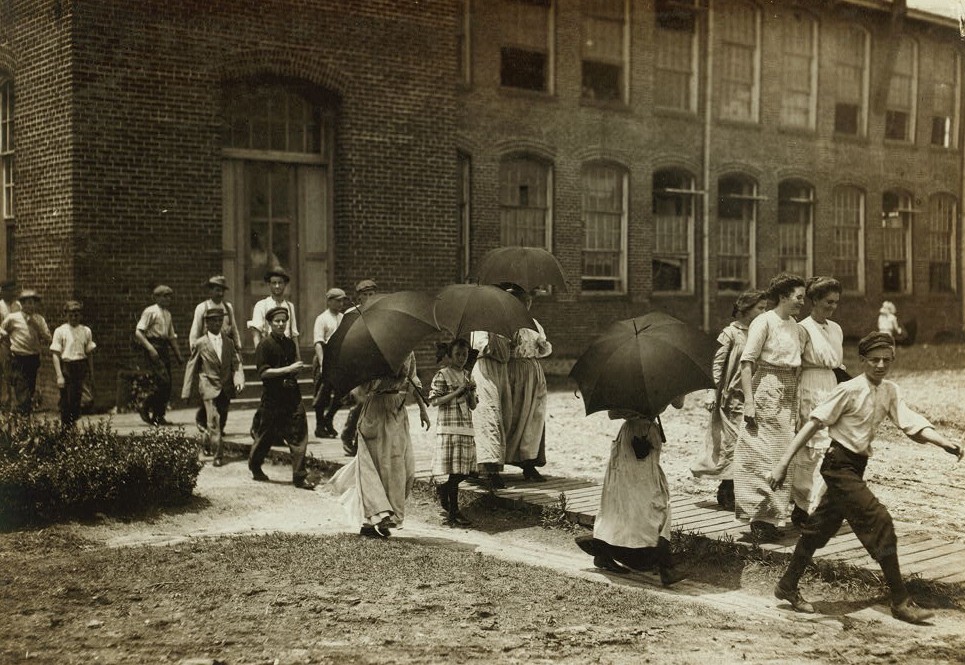 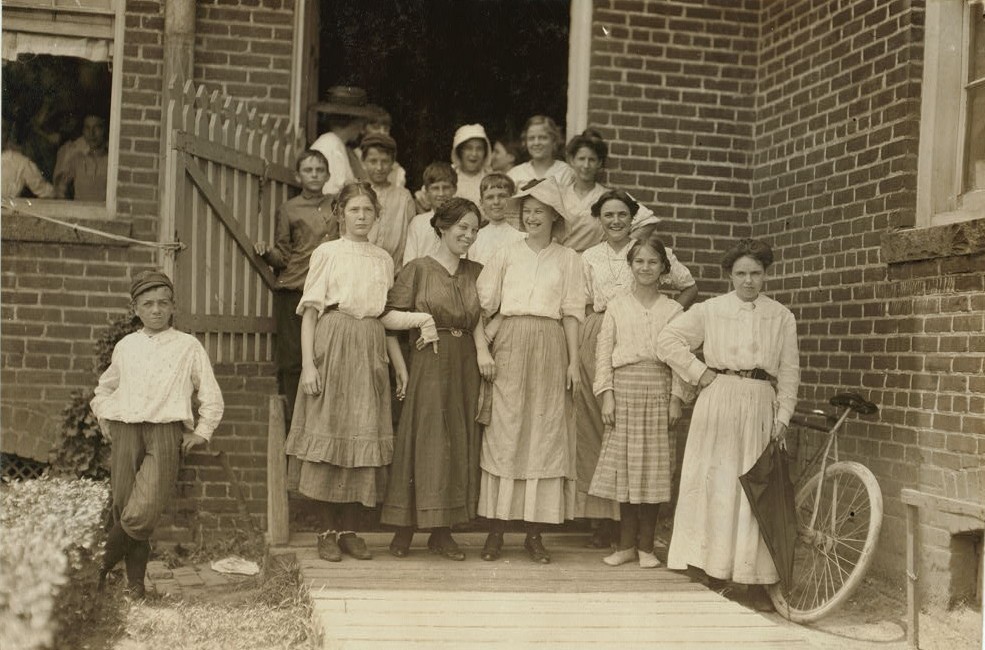 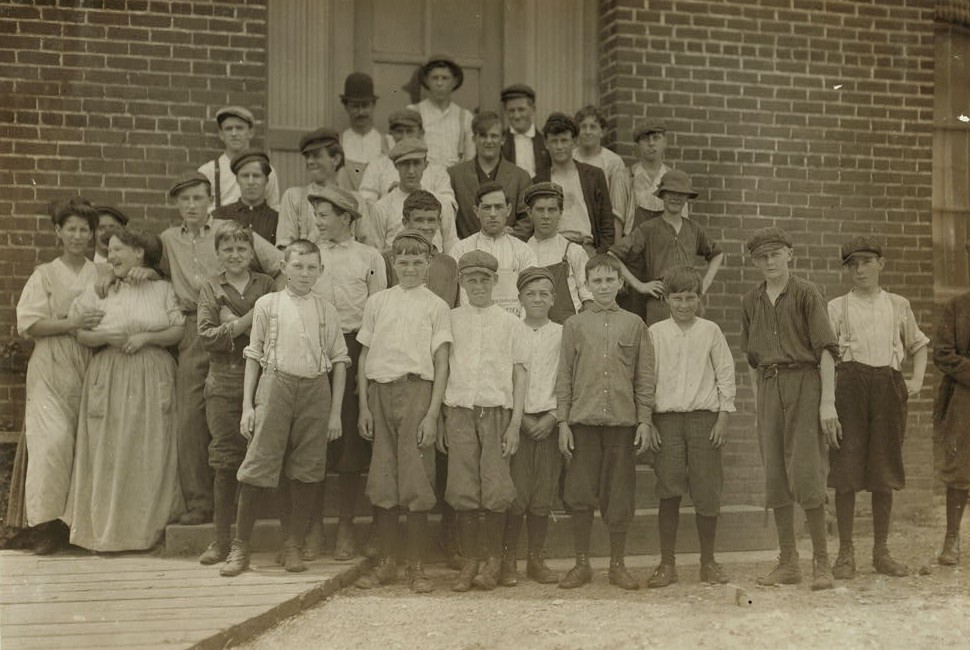 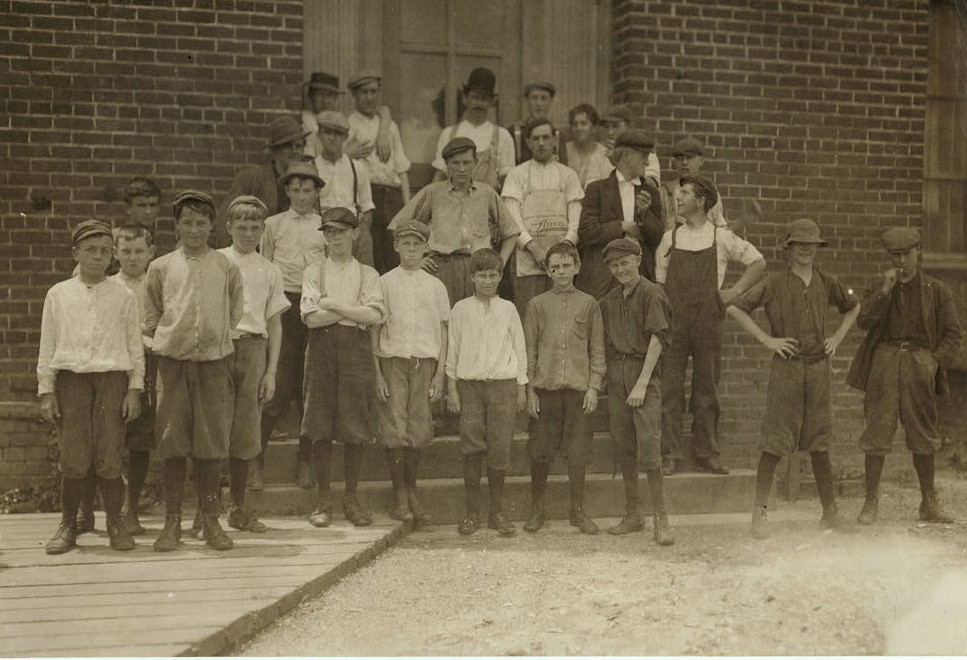 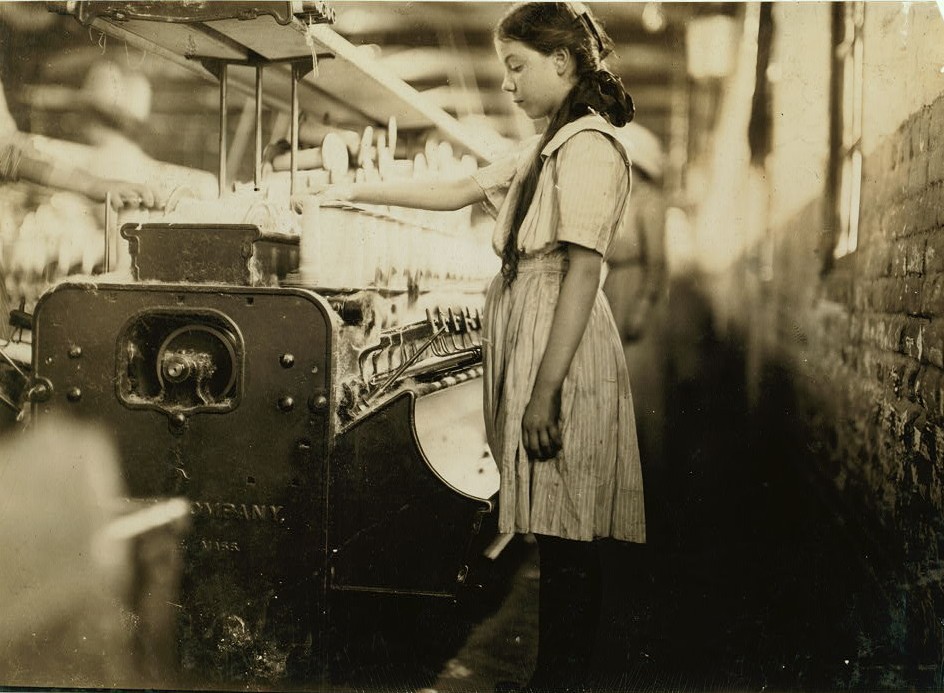 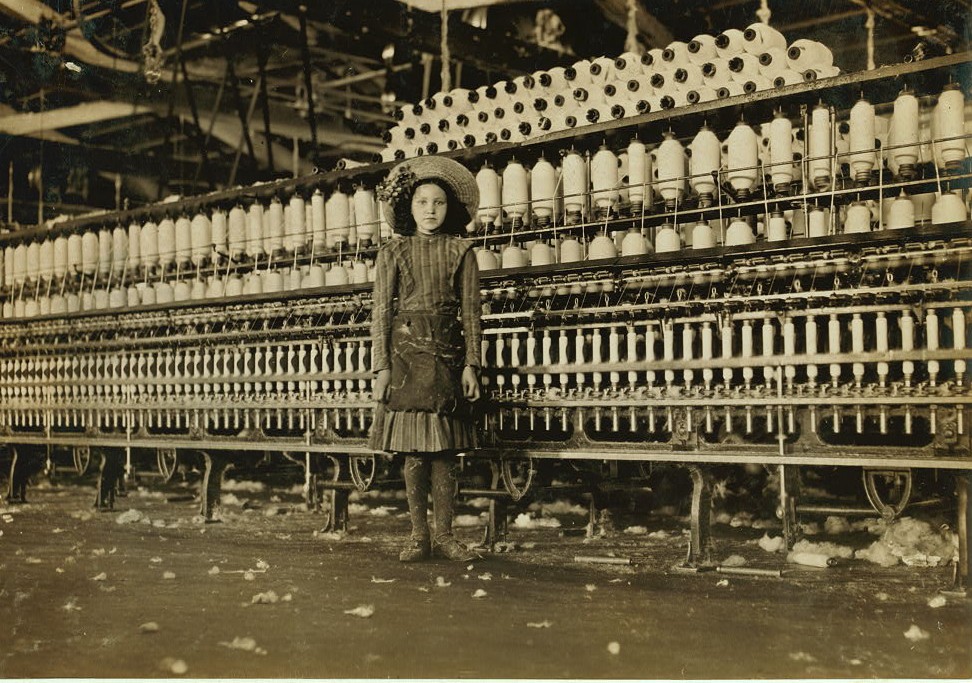 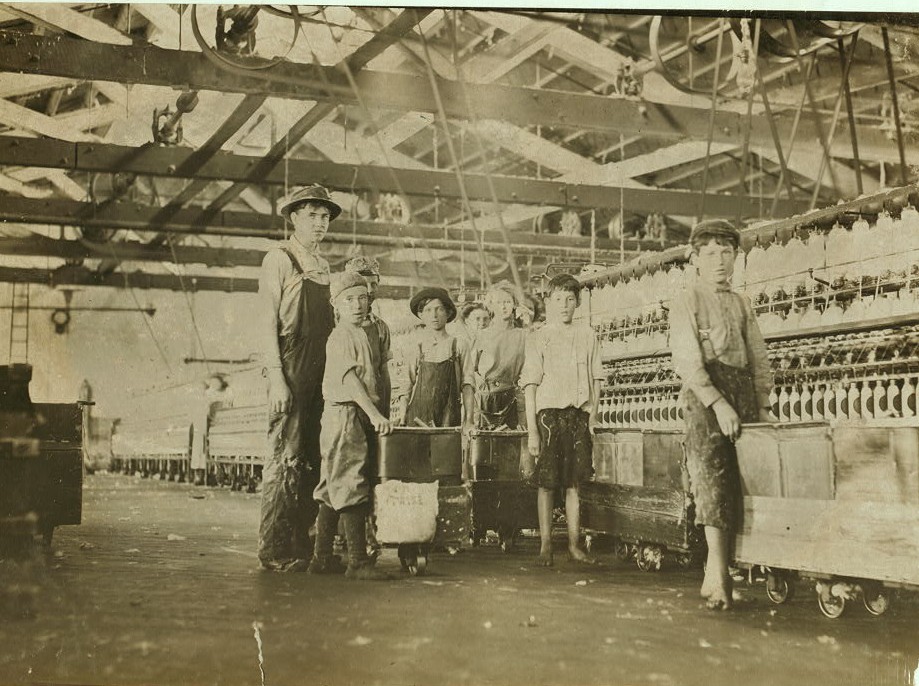 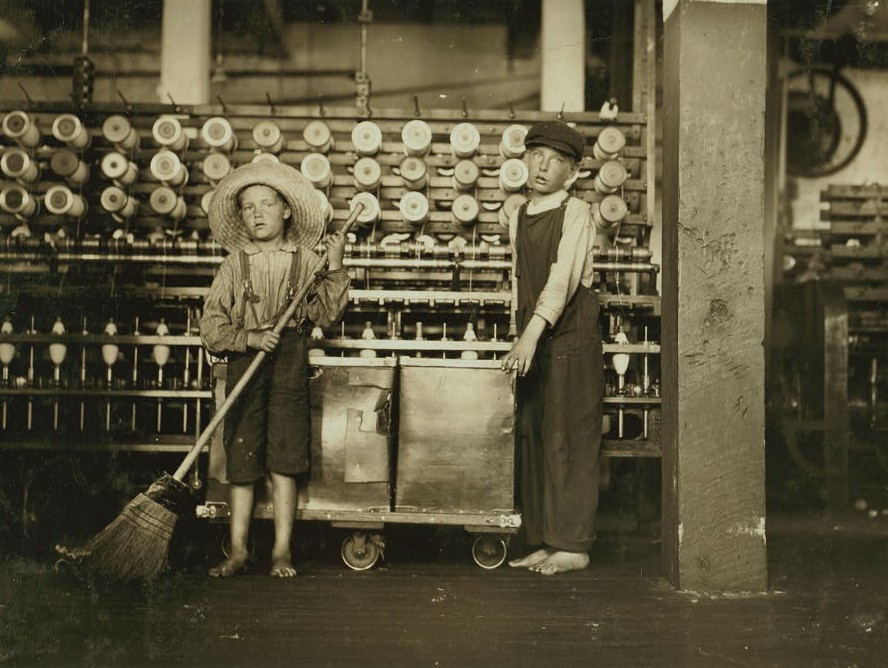 Mamie Witt. Runs one side in Roanoke Cotton Mills, Roanoke, Va. She is twelve years old and helps support an able-bodied, dependent father. May 1911 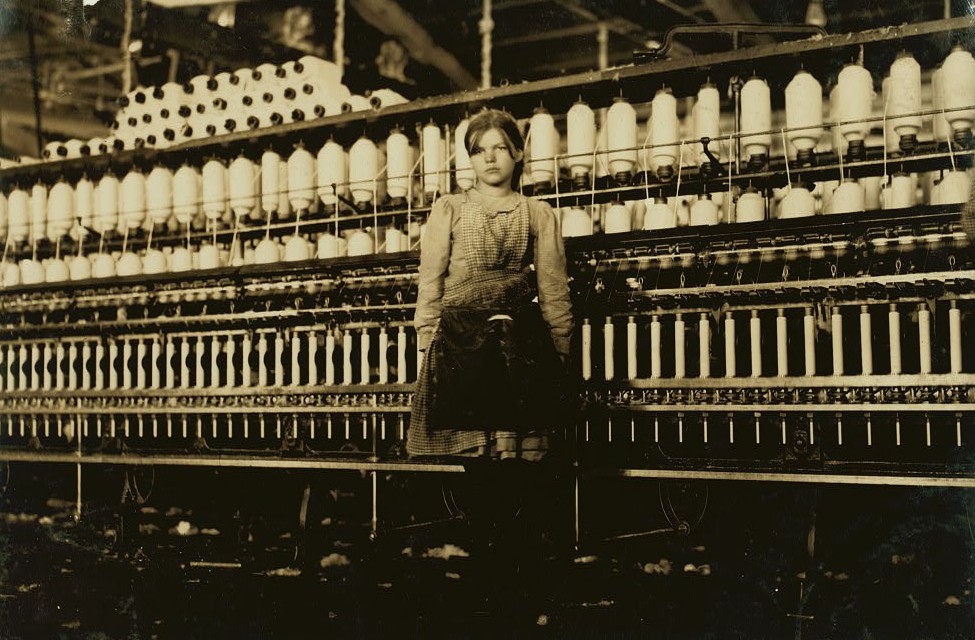 All are workers in Roanoke Cotton Mills (Va.) Smallest boy in the middle helps 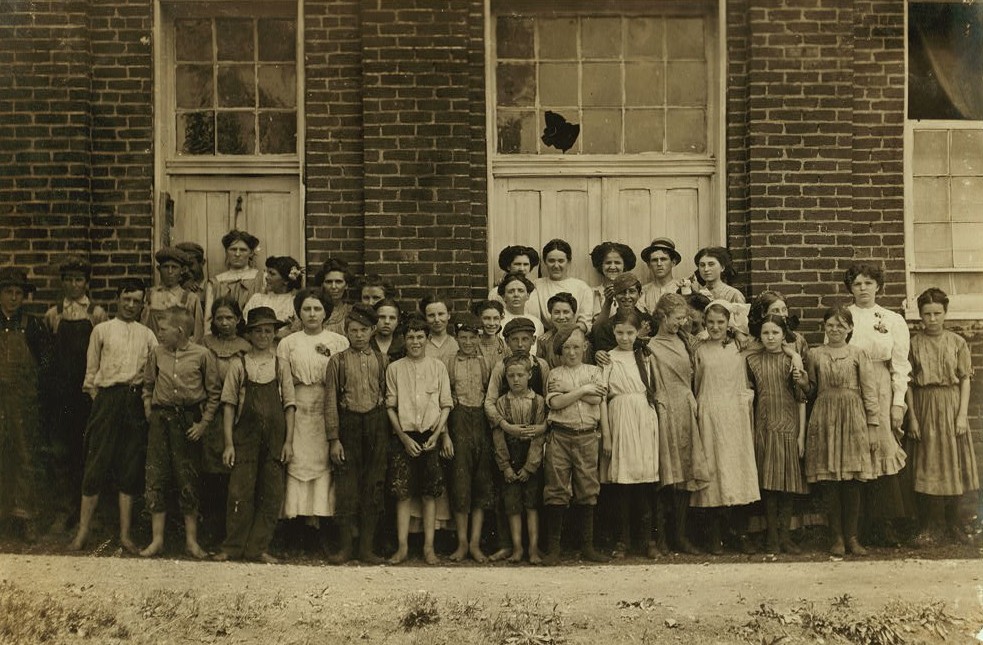 Dependent Parents –  R.L. Witt. He is apparently working on the railroad, but his three oldest children, here work in the Roanoke (Va.) Cotton Mills. Mamie  (photo above) is only 12 years old and earns very little. Home is very poorly kept. Mother would not be in the photo 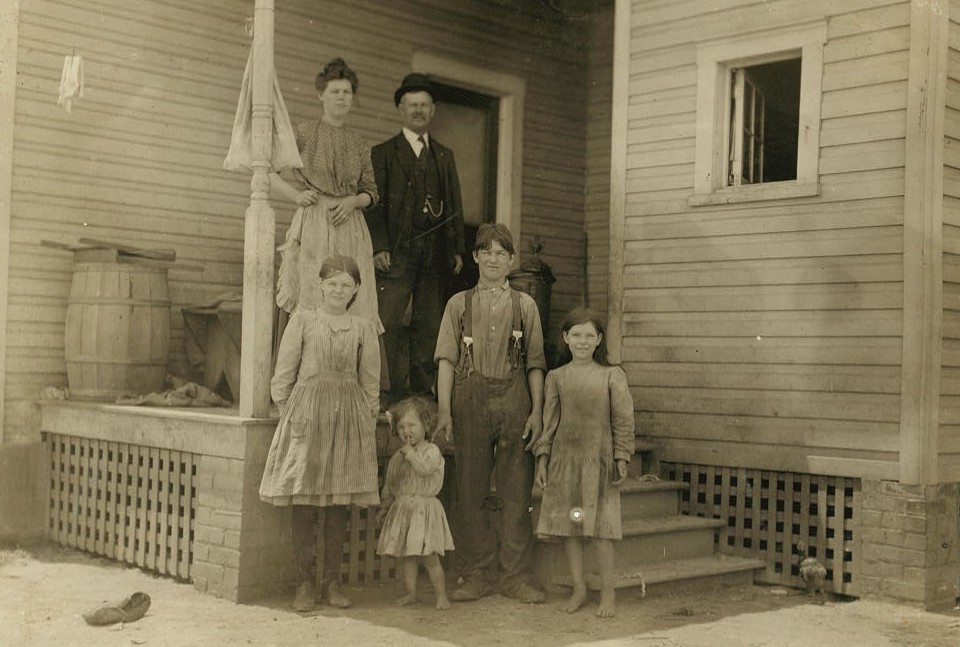 Comparison of Ages. Some  of the youngest workers in Roanoke Cotton Mills. On right-hand end is seven year old Frank, a helper. Next to him is twelve year old Ronald, a doffer. On his right is Mamie Witt, twelve year old spinner. Girl on her right said fourteen years old, but doubtful. On her right, with curl on shoulder is Inex, (i.e., Inez) Kennedy, just fourteen. The second girl on her right is probably under fourteen. This is a small mill, running a small force. Location: Roanoke, Virginia. 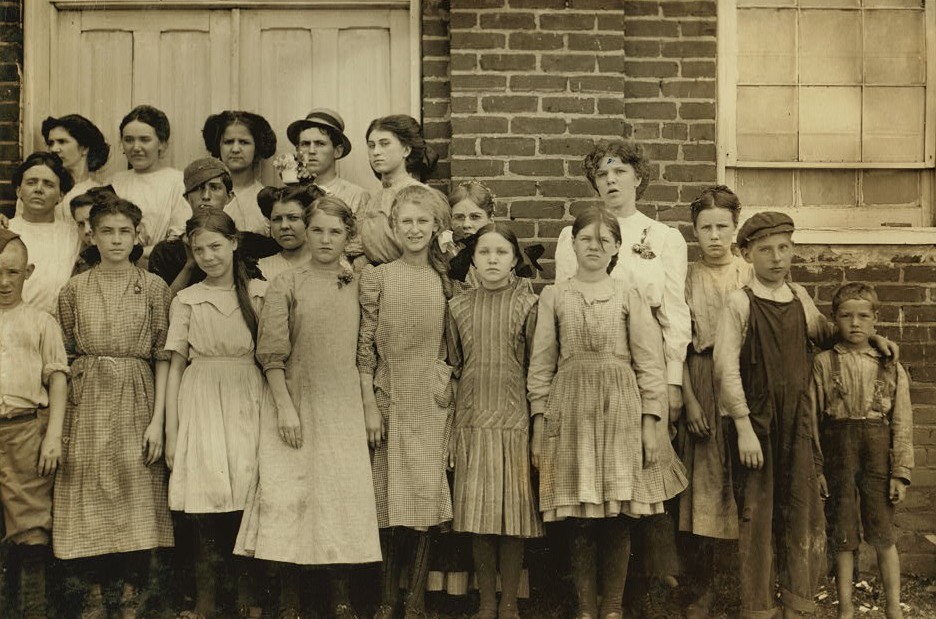 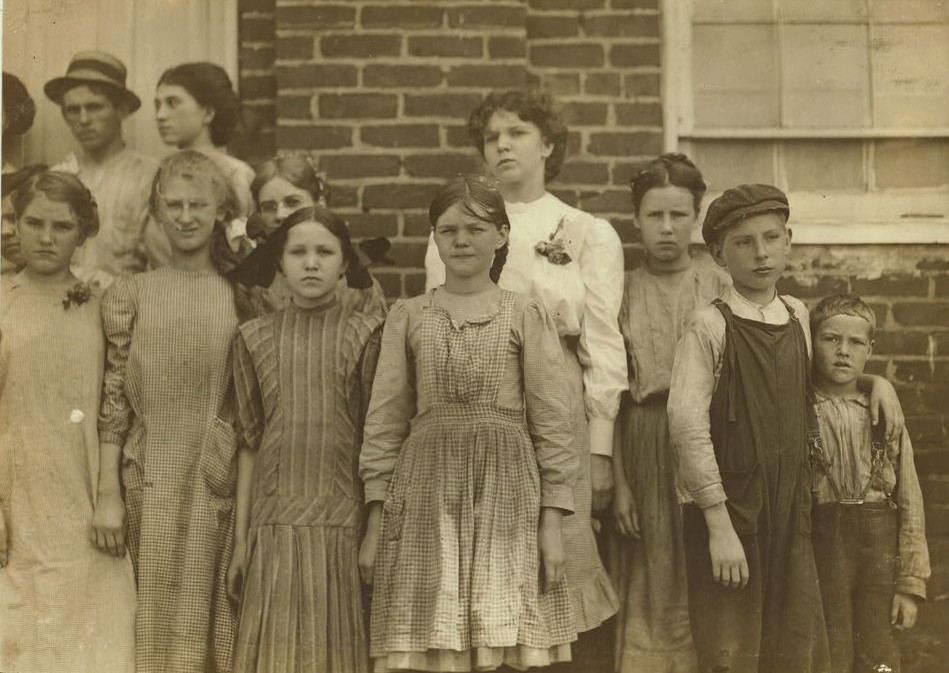 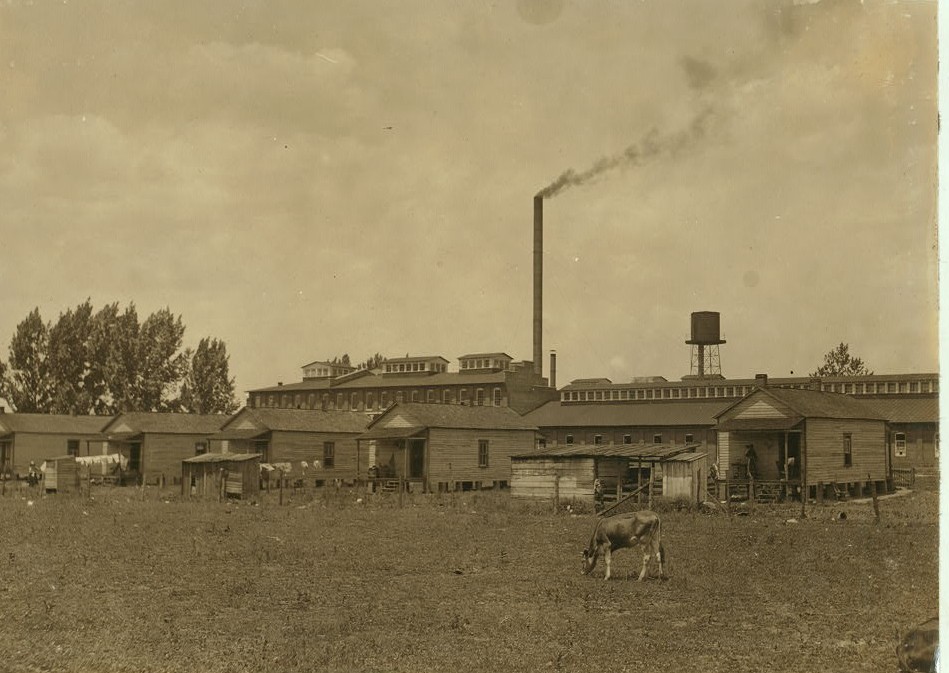 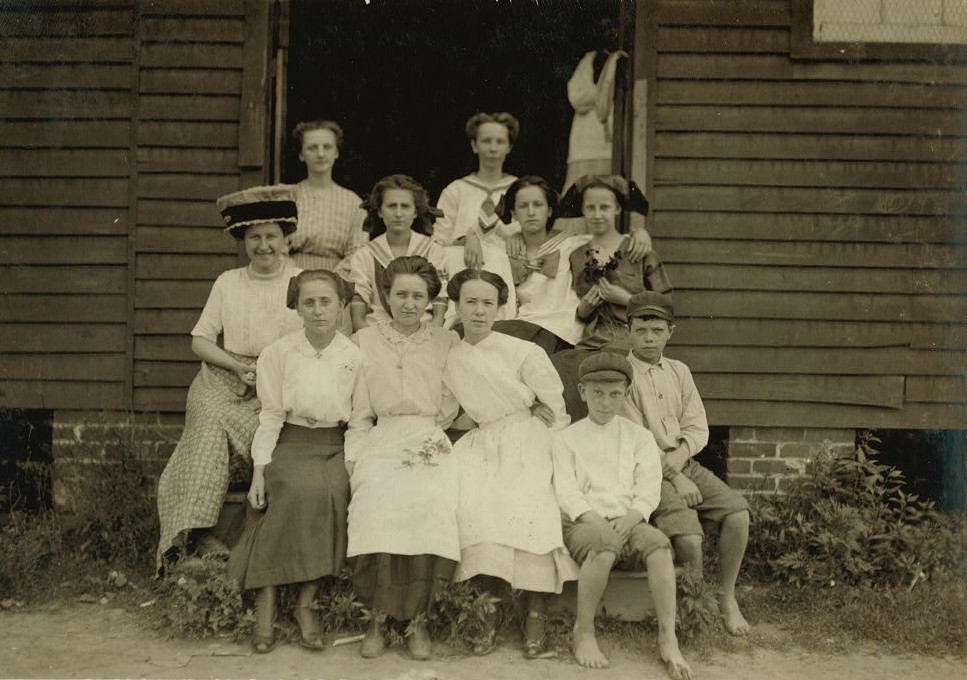 These were all of the small boys I found working at the Suffolk (Va.) Knitting Mills, the day I was there. One of the smallest boys had been working there for two years. Not many under fourteen 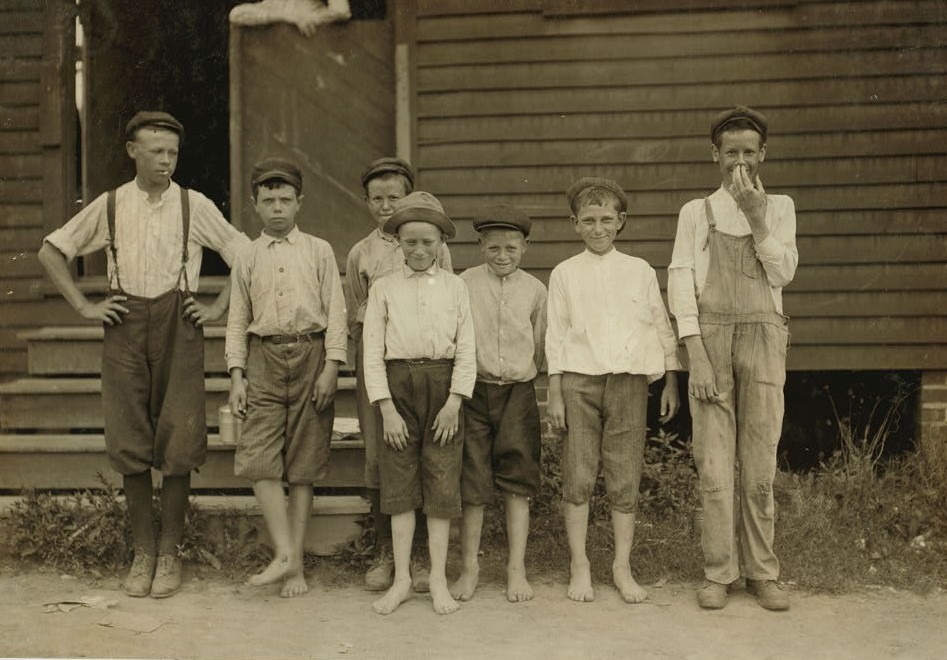 Adolescent spinners in the Suffolk Va. Knitting Mills. One of these, fourteen years old, said she had been working here, off and on, for four years, and earns about one dollar a day now 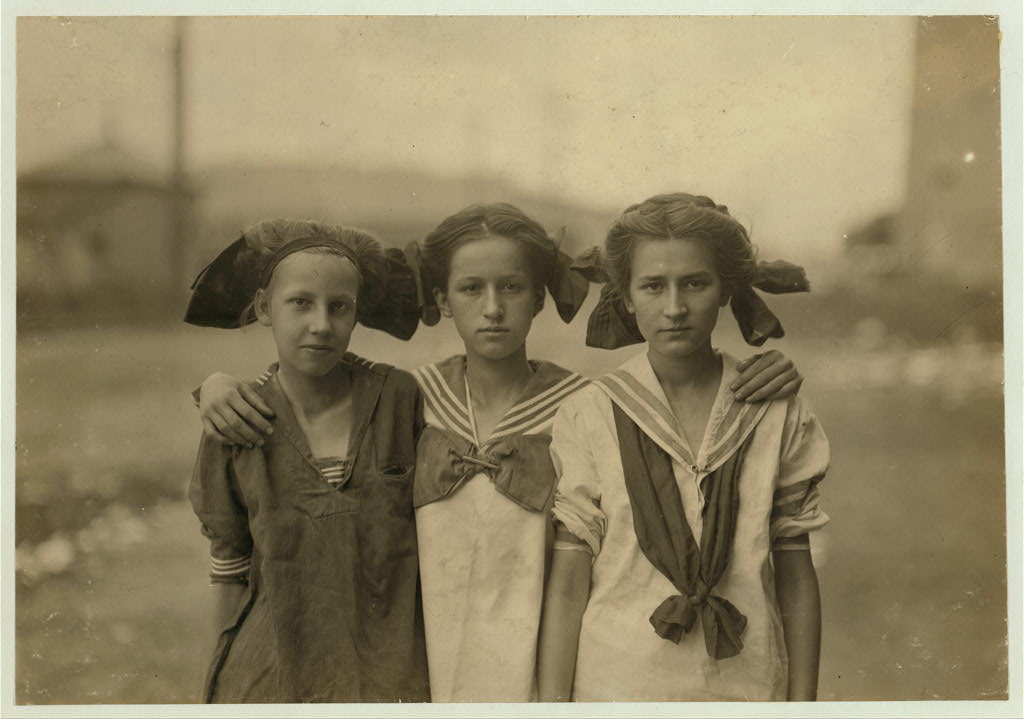