This town is known for clock making, which started in 1803, when Eli Terry established a factory in the town. Terry brought mass production to the clock making industry, helping to reduce the cost of clocks. He introduced and patented the shelf clock in 1814 which reduced the cost of a clock from $25 to $5. His clocks were sold throughout the US.It was incorporated in its own right and under the name “Thomaston” in 1875.The name derives from Seth Thomas, the early clockmaker, who established a factory in town in 1812.The Seth Thomas clock factory building still exists; however, the clock making industry has long since left the state as well as the country. 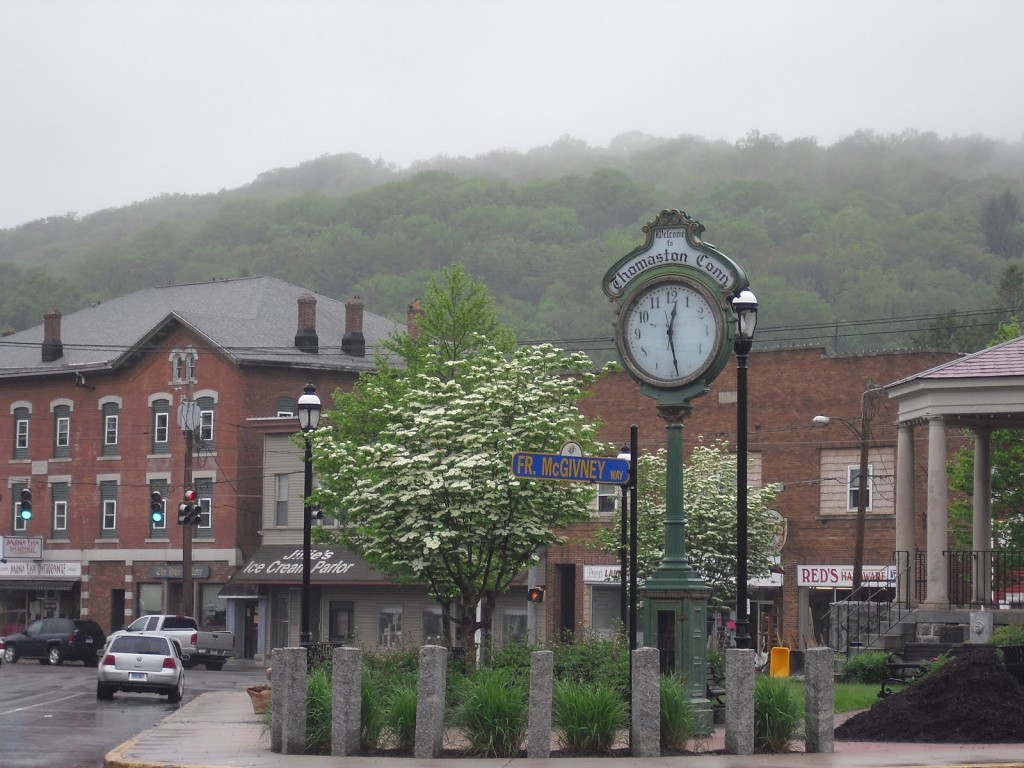 This life history story was compiled and transcribed by the staff of the Folklore Project of the Federal Writers’ Project for the U.S. Works Progress (later Work Projects) Administration (WPA) from 1936-1940 Pseudonyms are often substituted for individuals and places named in the narrative texts.

“They’re buryin’ that Fenn fella,” he says. “His funeral is at 2.30 and Hughie’s is at three. And Bob Woodses wife died this mornin’. She’s up at the funeral parlor. Funny how they seem to go quicker in the winter.”

We have not been long at our post by the window when the first procession comes by.

“They say he had a hard death, that lad,” says Mr. MacCurrie. “They had him down to the hospital and cut him open, but they couldn’t do nothin’ for him, so they had to sew him back up and just wait for him to die. Leaves a wife and two children. Well, his troubles are over, but I feel dom sorry for them.”

“They’re puttin’ ’em in the vault. And it must be pretty dom near full. I don’t think they’ve got room for more than twelve. Years ago, you know, they used to take them up to the vault up in Plymouth. Hughie ought to be along pretty soon.”

Before the next procession, however, Mr. MacCurrie is diverted from sombre reflection by the arrival of the paper boy. He brightens perceptibly.

An eight column streamer on the front page heads a story telling of a move to oust the Hayes administration in Waterbury.

“They’ll get that fella oot of there yet,” predicts Mr. MacCurrie. “The aldermen tried it last fall, you know, but he vetad the motion. They might have known goddom well he’d do it.”

Mr. MacCurrie looks through the paper methodically, comments briefly on items which interest him. “Looks like the rebels are goin’ to win that war in Spain,” he says. “But it’s goin’ to take them a goddom long time. They’re outside Barcelona now, but that’s no sign they’re goin’ to take the city. They did the same thing in Madrid. They broke up the defenses all right, but they were never able to get the city.”

Mr. MacCurrie lays the paper aside at last, and we await the funeral cortege in silence. It appears presently, shining black hearse leading a long line of cars. They move slowly past, while we crane our necks in an effort to identify the occupants.

When you’re dead, you don’t know it

“Big funeral,” comments Mr. MacCurrie. “Wonder who the bearers were.”

The last car in the slow-moving cortege has disappeared from view and we settle back in our chairs. Roy Childs comes in and we ask him if he was at the services.

“Yeah, I was up there. Big crowd,” he says. “The bearers were all lads that used to play on the football team. God, you shoulda seen the flowers. The place was snowed under with ’em.”

Mr. MacCurrie: “Well, I suppose it’s all right, but I don’t see much use to it. All them flowers. When you’re dead you don’t know it. You get there just the same, wherever you’re goin’. And lots of times, there’s families that could better use the money that was spent on ’em.”

Mr. Childs: “There was a big floral piece there from Mac. I was with him when he ordered it from the florist. He says just put ‘Mac’ on the card. He didn’t want nothing else on it, just ‘Mac.'”

Mr. MacCurrie: “I guess they knew who it was all right.” (Mac was the boyhood chum and ‘best friend’ of the deceased.) 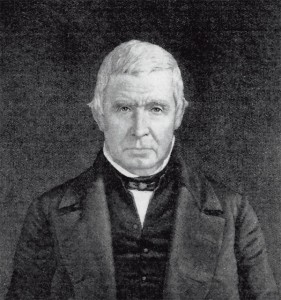 Mr. MacCurrie: “There’s a tough guy. He was around here drunk Saturday afternoon, stayed out all night and was drunk again Sunday. And they called him up to make a special trip with that big trailer truck to Albany. He went in and took a shower and sobered up. Then he goes and drives that truck all the way up there and back. He said he had to pull over to the side of the road to sleep for a while, so he shut the heater off. He said he was so goddam tired that he would have slept right straight through if it hadn’t been for the cold. He didn’t dare leave the heater on, you see.

“That’s a goddom tough job on them trucks. They swing around, them trailers do, and there’s no controllin’ ’em.”

Mr. MacCurrie takes a generous pinch of snuff. “Well, poor Hughie’s gone. We’re all goin’ the same way. That’s one thing we can be goddom sure of.”

“What time is it up there?” He cranes his neck upward at the town hall clock. “I’ve been listenin’ for them new chimes they put in doon to the clock shop. They’re supposed to be tryin’ em oot today, they tell me. They got some arrangement with an amplifier and small bells.” We listen attentively as the hands of the tower clock on the town hall touch four o’clock, but we cannot hear the chimes.

“There’s another Weary Willie,” says Mr. MacCurrie. “Weary Willie,” ragged, footsore, his dirty overcoat tied in the middle with a rope, shuffles towards the town hall basement in the rear, where he will find shelter for the night.

“Certainly a lot of them lately,” says Mr. MacCurrie. “There was a couple of them around here Sunday. They asked Joe Reichenbach how to get in, and he told them they’d have to wait for the janitor. He don’t know how to get in himself, Joe don’t. So he come in here and told us aboot it. I felt sorry for the poor deevils, so I went oot and took them around in back and let them in. God, they never got done thankin’ me.”

“Well, I’m goin’ to take a little walk before supper. It’s gettin’ late, no use goin’ far. I walked less today than I have any day this winter. Too goddam slippery.”

Do you remember what you were doing on February 7th, 1964 when this occurred in America?
Hightstown, New Jersey – School, Garment Plant faces difficulties [photographs from 1936]
Don't miss the stories, get a daily dose of history