Mind your own beeswax – today it means “mind your own business” or “it’s none of your business. There are many ideas circulating about the source of the idiom.  The most prevalent is:

This idiom came from the days when smallpox was a regular disfigurement. Fine ladies would fill in the pocks with beeswax. However when the weather was very warm the wax might melt. But it was not the thing to do for one lady to tell another that her makeup needed attention. Hence the sharp rebuke to “mind your own beeswax!”

However, etymologists do not believe this source is true. This source has been traced to a book entitled “Life in the 1500s,” which was written as someone’s idea of a joke. 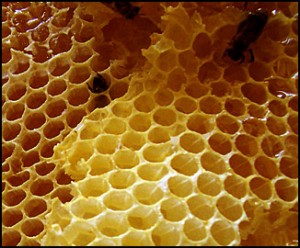 The phrase actually seems to have come into popular usage in the 1930’s, and is just a facetious way of saying “Mind your own business” with a little bit of humor to take the sting out.

The first record of “mind your own beeswax” actually appears in 1929 in a children’s book, with additional early records following in 1934 and 1939, quite a few years after women were supposedly slathering wax on their faces and coining popular expressions about it.

Love books with strong women…this has one. Love early American history about ordinary people…even though they were not ‘ordinary’…it took courage to populate our country. This book is well researched and well written.

A picture of love and history rolled into one. A step back in time that pulls you in and makes you a part of the family and their world.

Each book’s writing gets stronger, characters become real, the struggles and sorrows that laid the foundation for this country.

Not only is the story entertaining, it opens the eastern shore of the early Virginia Colony to the reader as a picture book….I know this story will touch many peoples’ hearts.