Translated from the old Spanish phrase “sangre azul”, blue blood derives from the Medieval belief in Europe (among other places) that the blood of the royalty and nobility was blue. 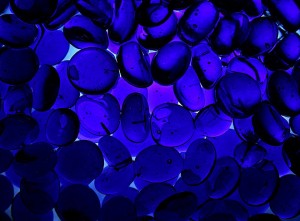 Since the royal family and aristocrats were wealthy and powerful enough to pay commoners to labor in the fields for them, their skin was translucent and pale enough for their blue veins to stand out. Today the term is still applied to aristocrats. Of course all blood is red but it sometimes looks blue when running through veins. So blue-blooded came to mean upper class.