Caught red-handed  – To be caught in the act of committing a misdemeanour, with the evidence there for all to see. 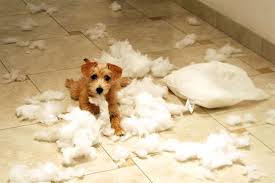 For hundreds of years, stealing and butchering another person’s livestock was a common crime. But it was hard to prove unless the thief was caught with a dead animal … and blood on his hands, hence – red-handed.

The term seems to have derived from Scotland.

Red-hand appears in print many times in Scottish legal proceedings from the 15th century onward; for example, this piece from Sir George Mackenzie’s A discourse upon the laws and customs of Scotland in matters criminal, 1674:

“If he be not taken red-hand the sheriff cannot proceed against him.”

The earliest known printed version of ‘red-handed’ is from Sir Walter Scott’sIvanhoe, 1819:

“I did but tie one fellow, who was taken redhanded and in the fact, to the horns of a wild stag.”

These swim fashions of 1933 were probably petty shocking for many people [vintage film]
[old pics & films] Fired from her second film, she later became a famous actress in the 1940s and 1950s. Do you know her name?
Don't miss the stories, get a daily dose of history