Chew the Fat -Today this means to have a long friendly conversation with someone.

This idiom has several possible sources as listed below. It is not clear which one is accurate. 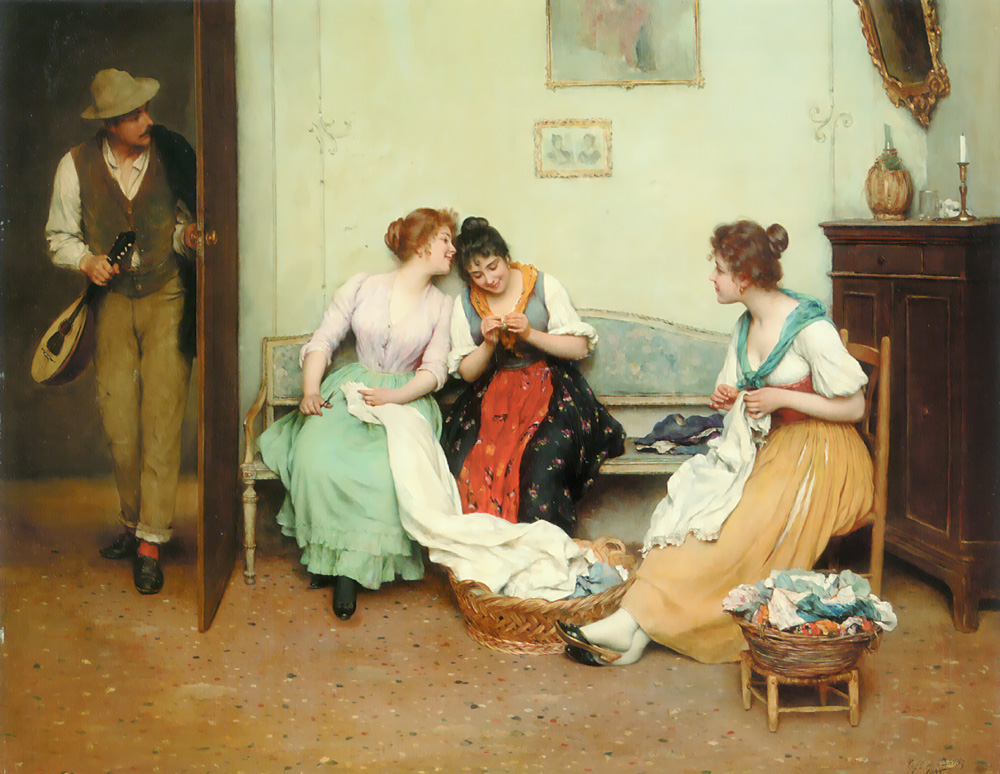 Sailors, while of resting and conversing would chew on salt-hardened fat.

It has even been suggested that the phrase is derived from a practice by North American Indians of chewing animal hides during their spare time.

It has been speculated that the phrase may come from women chatting while sewing.

One source that recently circulated on the web was

When company came over, in the 1500’s they would bring out some bacon and hang it to show it off. It was a sign of wealth and that a man “could really bring home the bacon.” They would cut off a little to share with guests and would all sit around and “chew the fat. This source has largely been considered false.