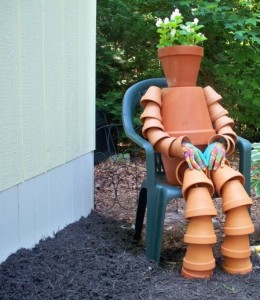 Around 1542, when the phrase first appeared, “to go to pot” was to be cut up like chunks of meat destined for the stew pot. When farm animals outlived their usefulness such as a hen that no longer laid eggs would literally go to pot. It was cooked and eaten.

Such a stew was usually the last stop for the remnants of a once substantial cut of meat or poultry, so “going to pot” made perfect sense as a metaphor for anything, from a national economy to a marriage, that had seen better days

Tapestry of Love: Three Books In One

A picture of love and history rolled into one. A step back in time pulls you in and makes you a part of the family and their world. Ken Flessas

At the age of sixteen, Mary and her husband, whom she barely knows, are forced to escape the only home they’ve ever known and settle in the primitive 17th-century world of America where they shape their family’s destiny for generations.