Do you remember curb market day? Contributing author, Dorothy Graham Gast, reminds us with a personal story of her own.

Grandma at the Curb Market

Saturday was curb market day. Long before daylight cars and trucks loaded with produce would travel down gravel roads to the highways and into Tuscaloosa. Behind the big gray two-story courthouse, there was an open plaza where tables could be rented and farm goods sold. Chickens fresh killed and packed in ice sat by trays of green onions, yellow squash, field peas, butter beans, and okra. Tomatoes and roasting ears were displayed beside Gladiolas or wildflowers.

Women often accompanied their husbands to the curb market 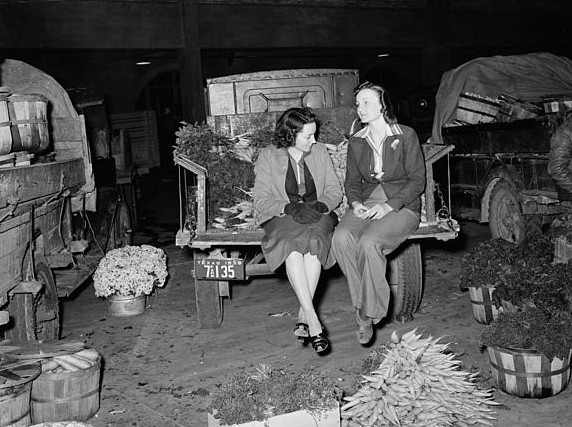 Each month brought something different

Each month had its own ripening time and there was always something tempting. Even in winter there would be canned green beans, homemade muscadine jelly, or jars of honey with the comb intact, homemade Caramel cakes, or fried crescents filled with cooked dried apples.

In the shade of huge oak trees on the Allen and Jemison side of the courthouse along the street bordering the courthouse, itinerant preachers exhorted the crowds that flocked to the market. Their companions often strummed guitars or banjoes to the haunting invitation songs designed to rescue local sinners who wandered by. Customers would pause in their selection of watermelons or cantaloupes from nearby beds of pickups to join in the singing.

Prisoners in the county jail that backed up to the market plaza looked down on the crowd below hoping for a familiar face that might be persuaded to buy cigarettes or carry the news to family members. Hats hid faces that did not want to be hailed from the second-story cells.

On hot summer days, sellers might cross the street to Fred Robertson’s Service Station and Wrecker service to cool off in the air conditioning. There at the long dining bar, they drank tall glasses of sweet tea and sprinkled hot sauce on hamburgers grilled in front of customers. 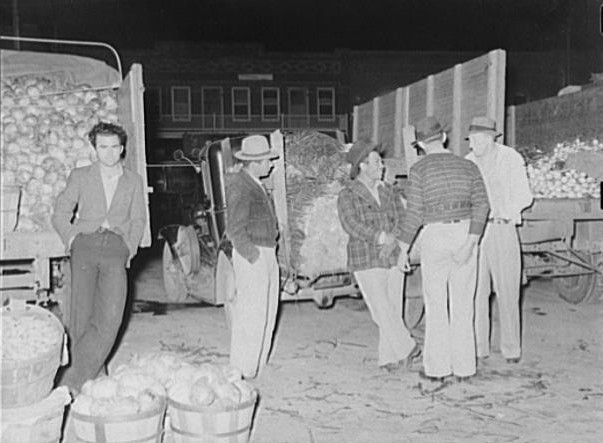 Revived, weary farmers returned to their market after a busy morning that had started at 3 am. On an especially good day after the regular customers had made their purchases and were home cooking fresh vegetables for Sunday dinners, a seller might choose a bought lunch as a special treat.

Grandma might leave her table under the watchful eye of a neighbor and walk up to Woolworth’s where the unchanging menu featured staples like meatloaf, creamed potatoes, and green beans with fluffy yeast rolls. Perhaps a club sandwich with ham and cheese, lettuce and tomato would be a new choice. A steaming slice of buttermilk chess pie completed the meal. 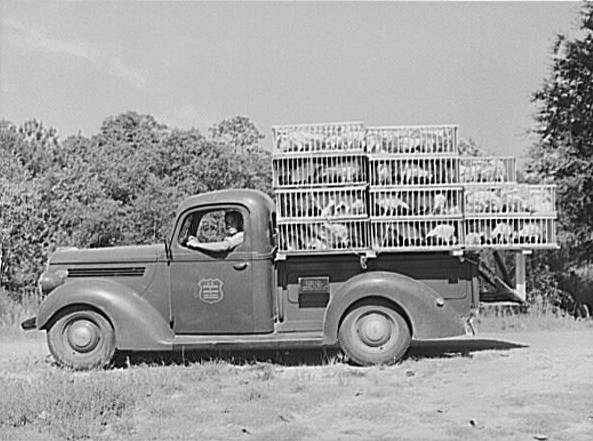 By 3 pm farmers were packing up for the return home. Even prosperous farmers knew that nothing was to be wasted, not even time. When they got home there would be cows to milk, hogs to feed, and chickens to feed and divest of their eggs for that day. All the animals had to be seen to before the family could have hot supper and weekly all over baths to prepare for Sunday School and worship the next morning.

Inspired by true events and the Cottingham family that resided in 17th century Somerset, Maryland, and Delaware, colonial America comes alive with pirate attacks, religious discord, and governmental disagreements in the pre-Revolutionary War days of America.

Orphaned at an early age, the Cottingham siblings face pirate attacks, illness, injuries, and the disappearance of a loved as they try to establish their lives in the wilds of early America. Will they prevail or be torn apart over the issue of slavery?