Hightstown, New Jersey – The Opening of the Garment Plant

“The central idea back of Jersey Homesteads was co-operation. M. L. Wilson stated that the “pattern of the community itself will be as co-operative as it is possible to make it,” a sentiment that was in line with the ideas of Benjamin Brown.”1 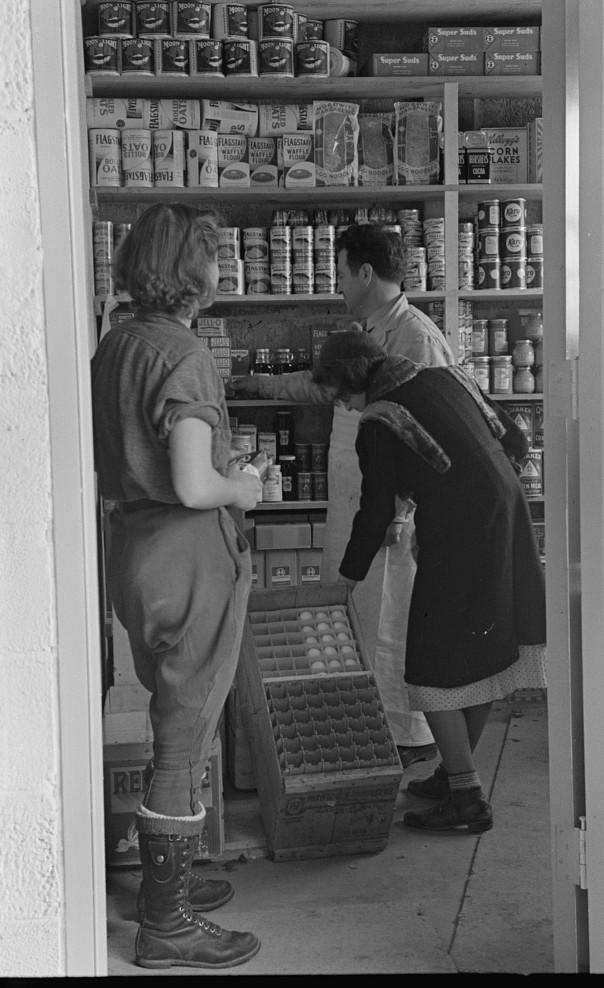 “Jersey Homesteads was planned as the first triple co-operative in the new world, with co-operative stores, farm, and factory. Except for home ownership and garden production, every aspect of Hightstown was to be co-operative.”2

(Factory and field,  run on cooperative basis by resettled families at Hightstown.  Men are working in the potato field, one of the crops on the farm of 414 acres. Photo June, 1936 by Dorothea Lange) 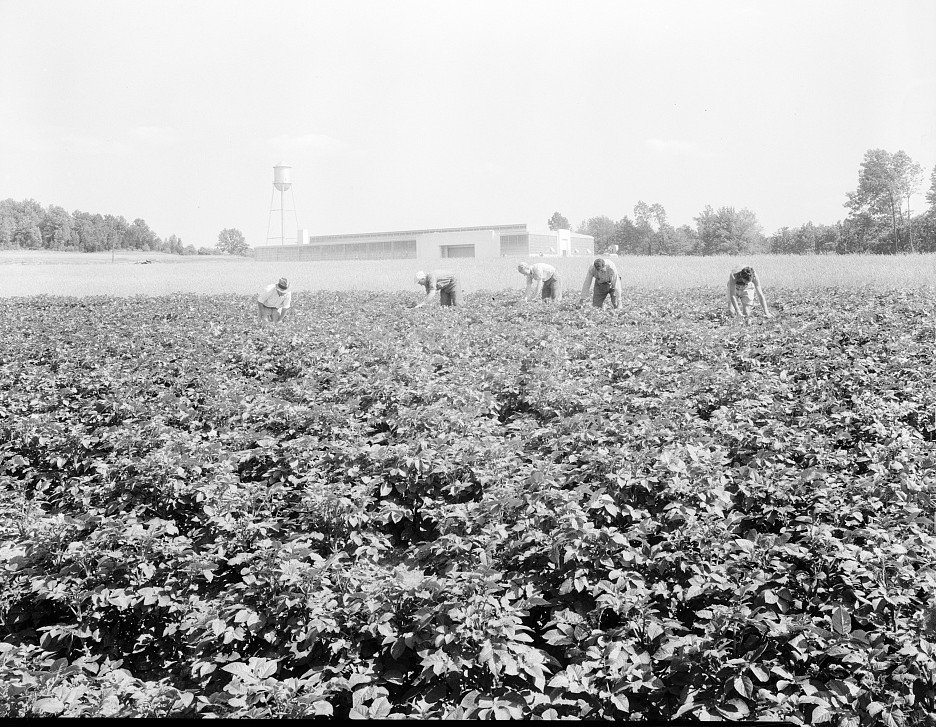 “According to early plans, approximately 40 homesteaders were to work the farms and service the stores, while 160 were to work in the factory. Admittedly, the garment factory was the key to the economic success of the community. But with an aggressive and well-knit band of homesteaders, it appeared that Jersey Homesteads would surely be one community where co-operative or group activities would succeed.”3

(Family group playing cards in one of the new homes on the Hightstown Project, New Jersey – photo taken 1936 by  Carl Mydans) 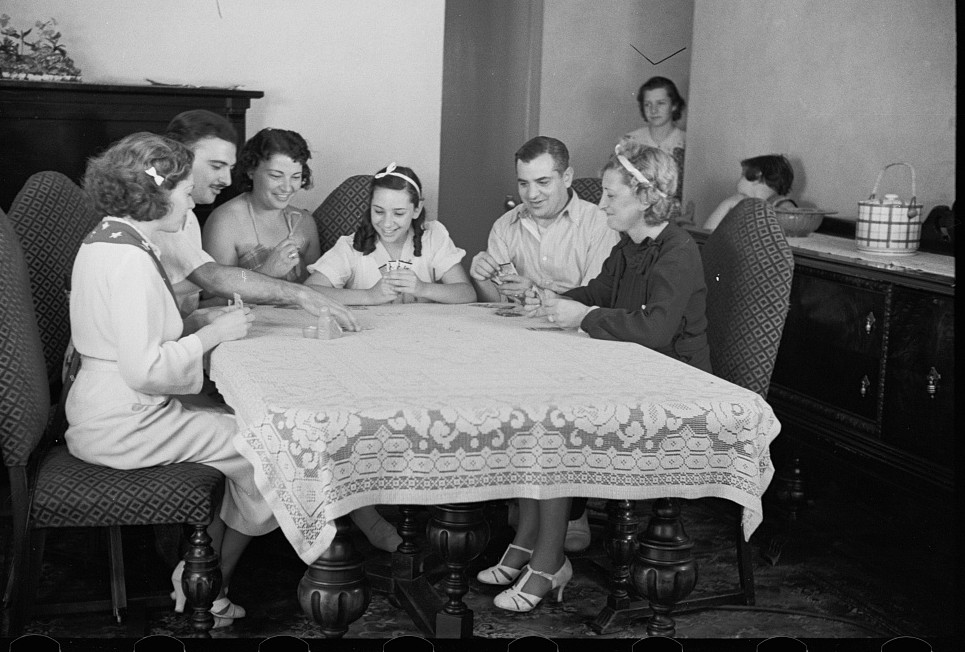 “As the first homesteads were completed in the summer of 1936, Benjamin Brown was under pressure from the homesteaders to get the factory under way, since many of the homesteaders had suffered hardship because of having to hold themselves in readiness for moving to a colony that seemed ever-longer delayed in construction.”4 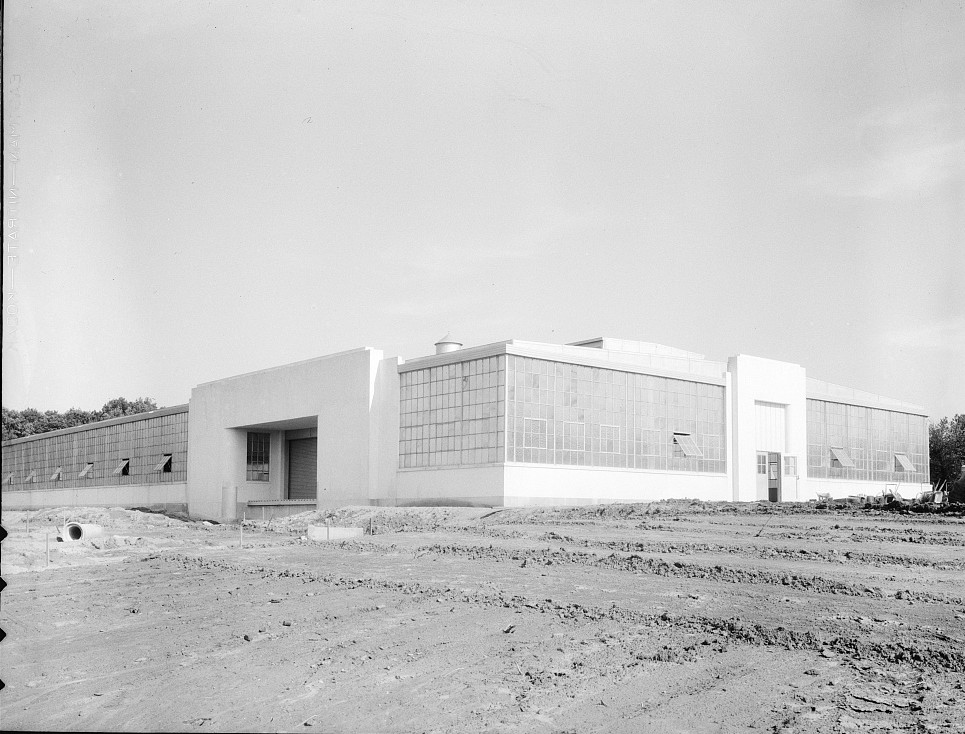 (The completed garment factory at Jersey Homesteads. It was constructed of steel, glass and concrete and was air-conditioned. It was credited with being the most modern factory for needlework on the Atlantic Seaboard, Hightstown, New Jersey in 1936.) 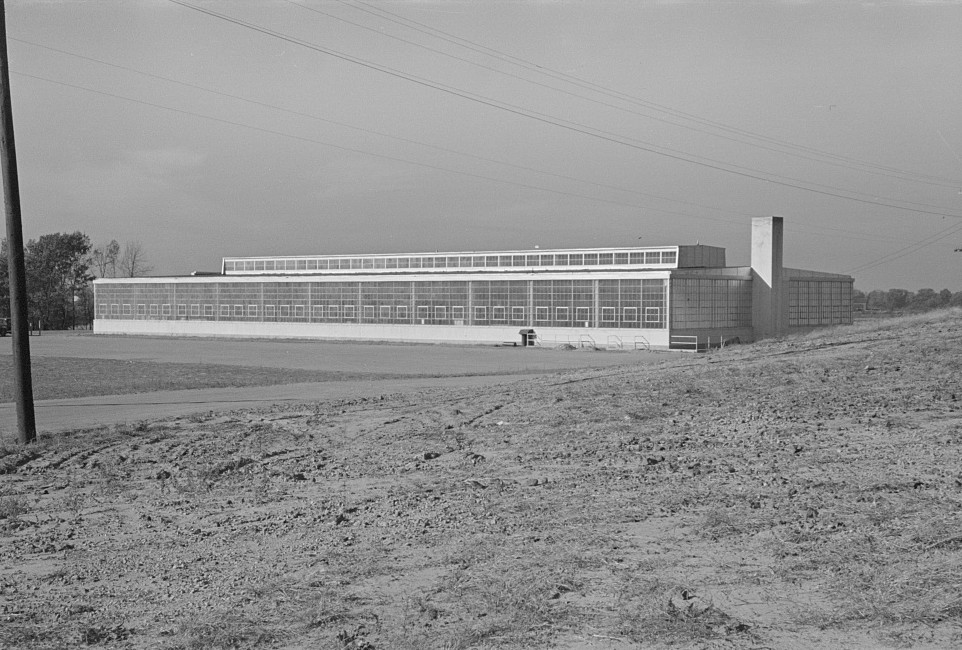 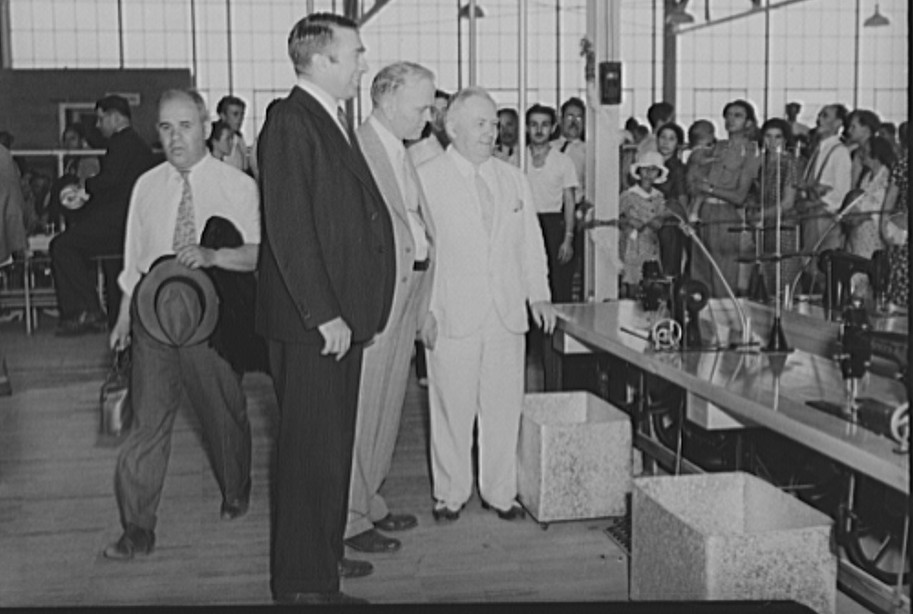 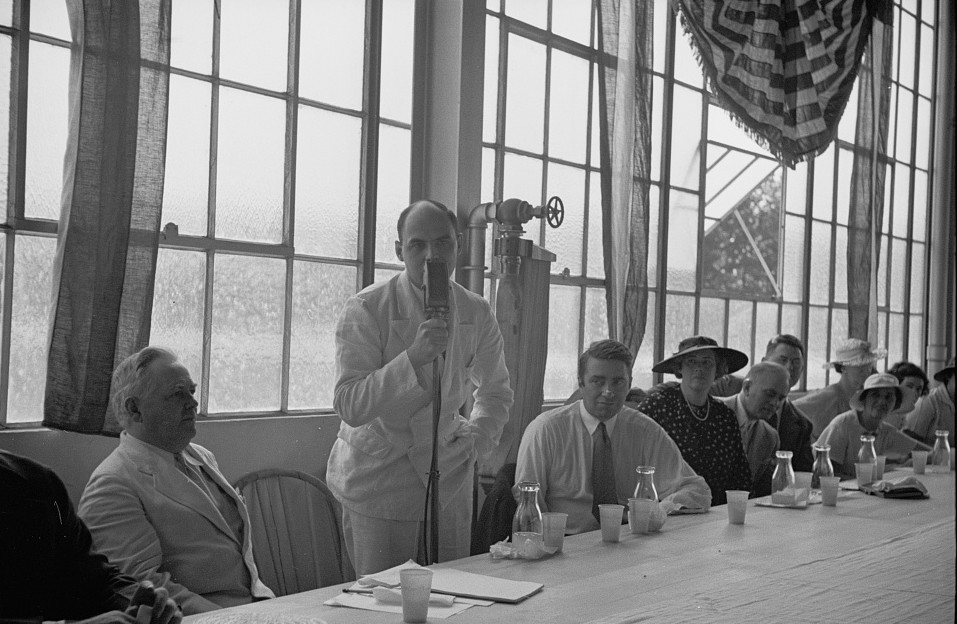 (Going to the opening of the garment factory, Hightstown, New Jersey Aug 1936 all photos below by Carl Mydans) 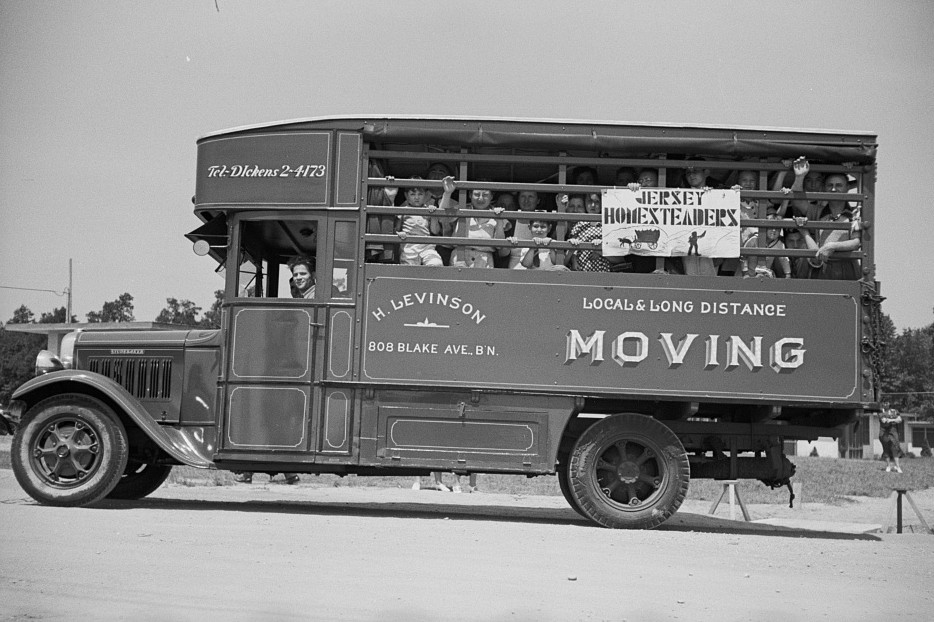 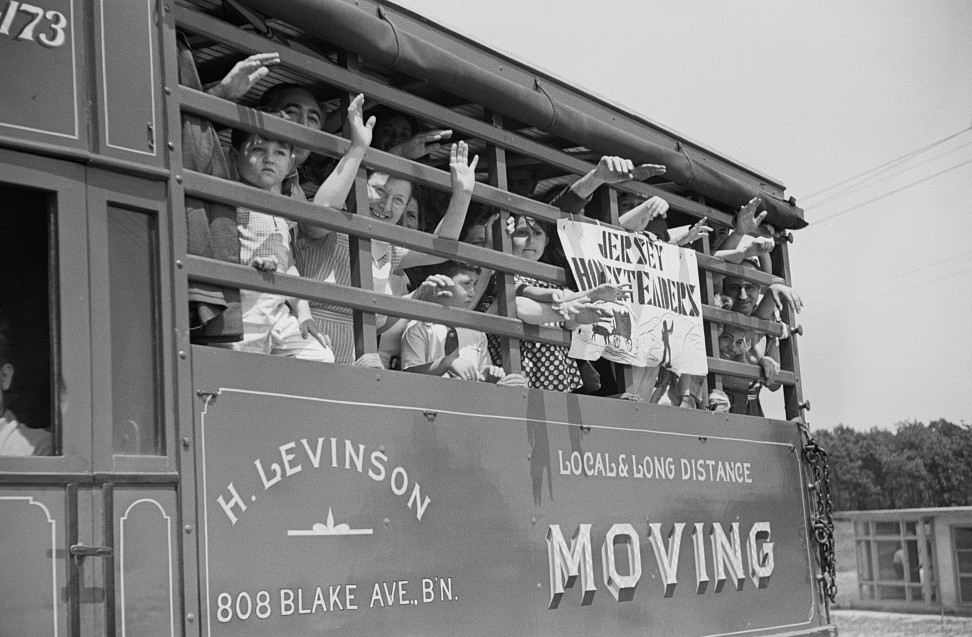 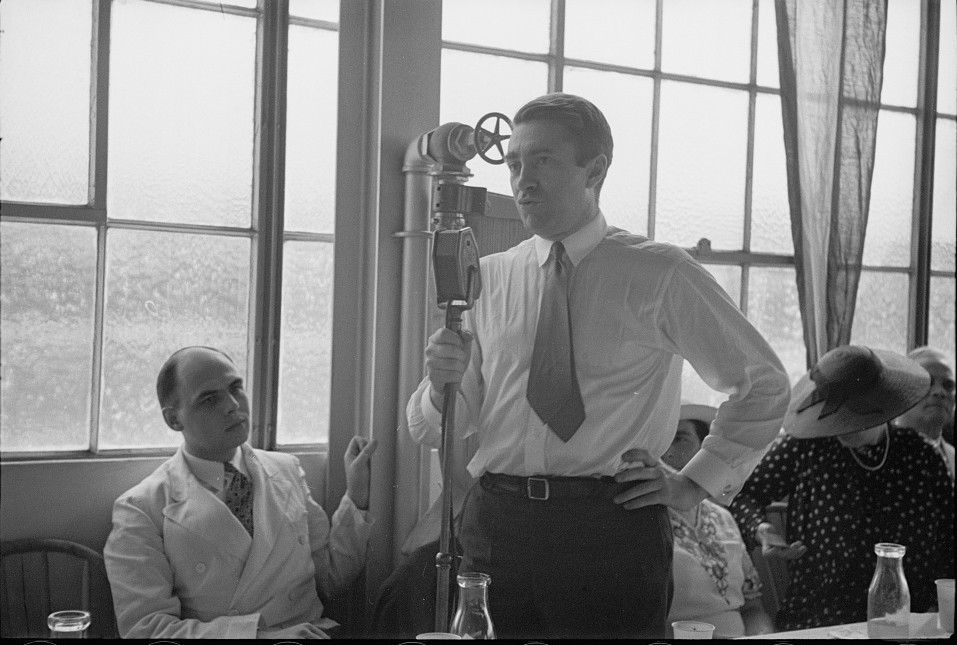 “The factory building was dedicated in an elaborate ceremony on August 2, 1936. Nearly 2,000 people were present, observing the optimism of the homesteaders, who marched into the factory to the music of “Stars and Stripes Forever.” 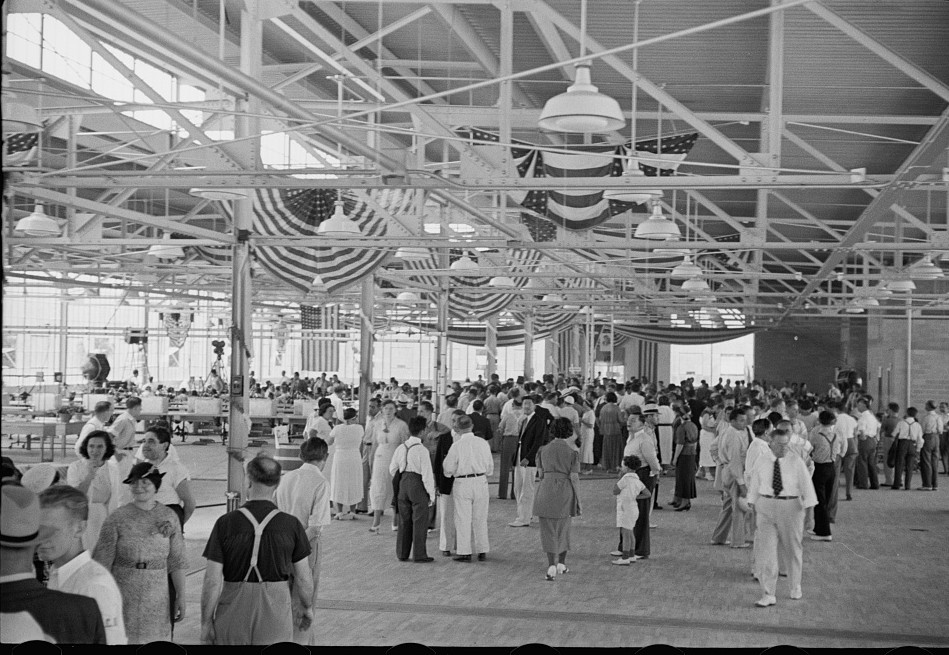 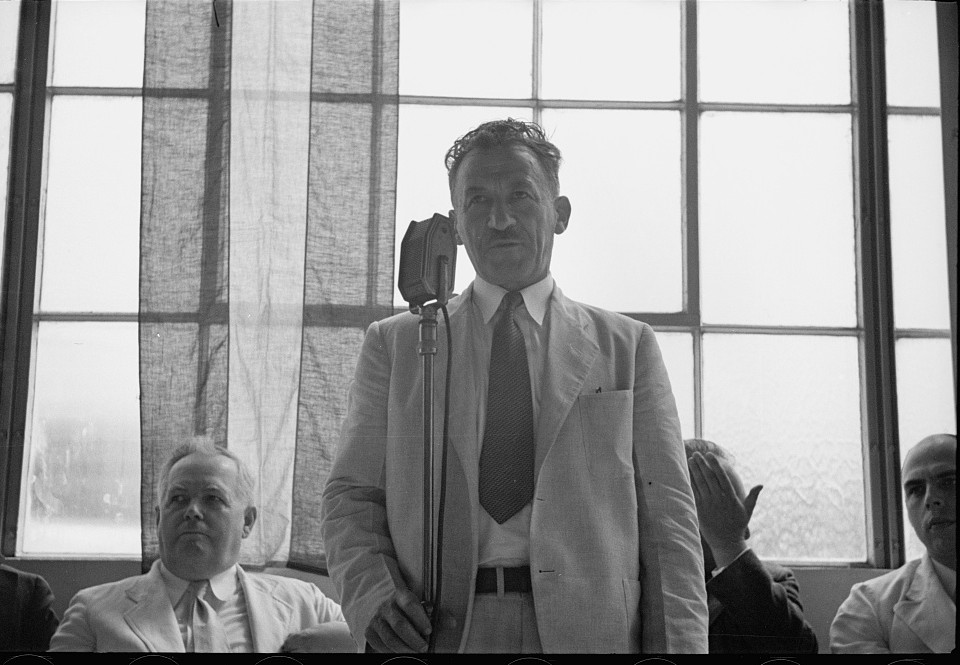 They received a congratulatory telegram from Tugwell and sang their co-operative association theme, composed by Mr. and Mrs. Benjamin Brown:

Freedom for every nation,

Here, there and everywhere,

This is our claim: 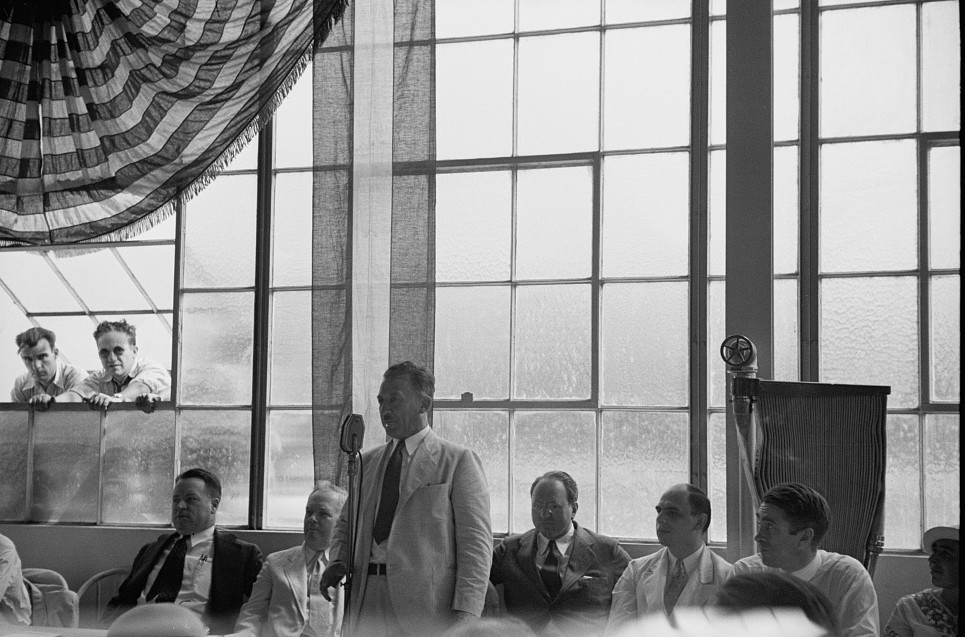 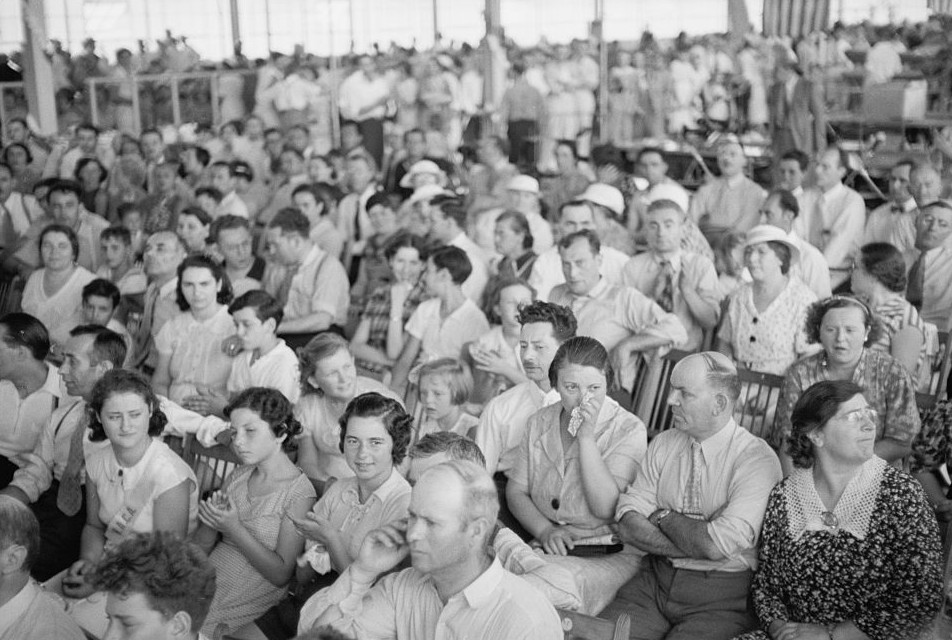 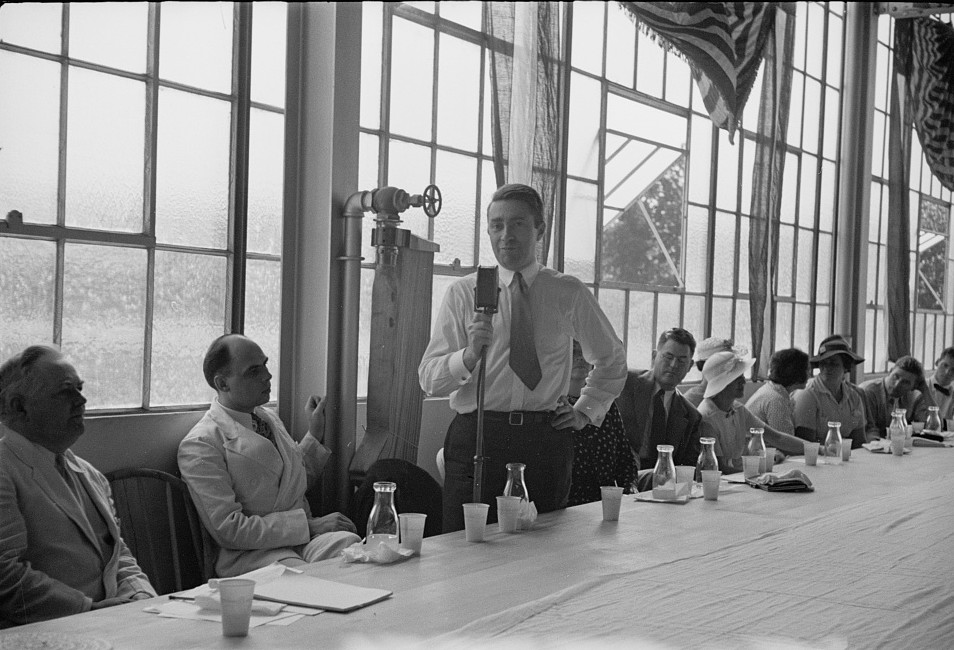 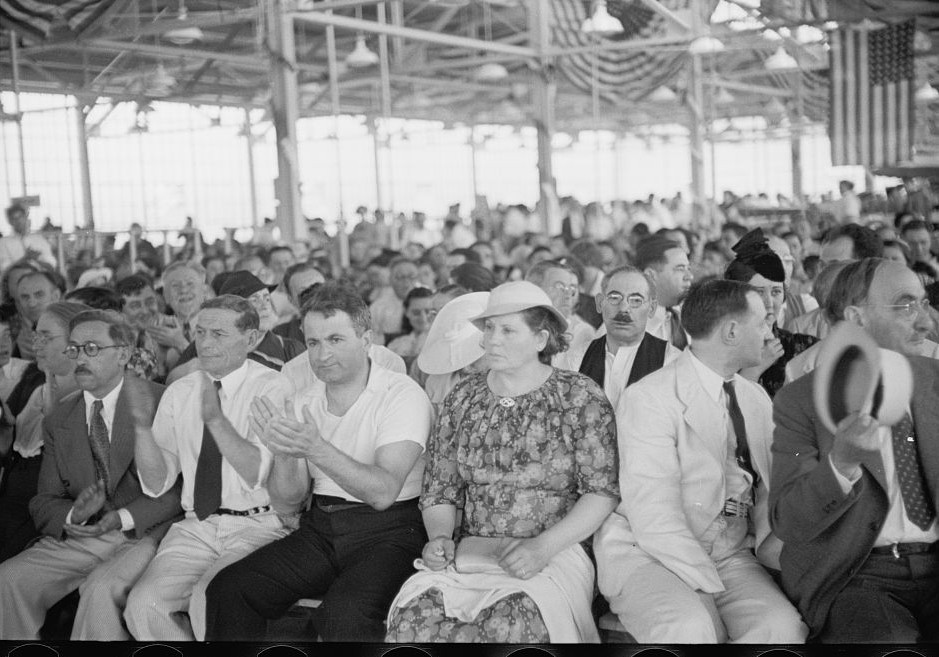 “The factory building was 100 feet by 220 feet, mostly all windows, air-conditioned, and declared to be the most modern in the East. Present at the dedication were union officials, sales organization executives, fashion models, and an orchestra. 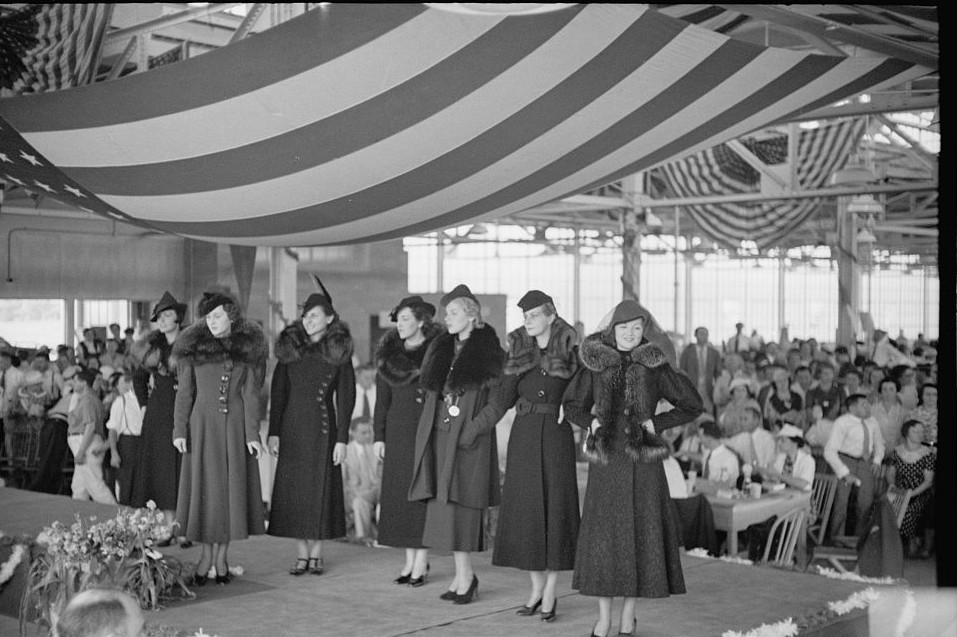 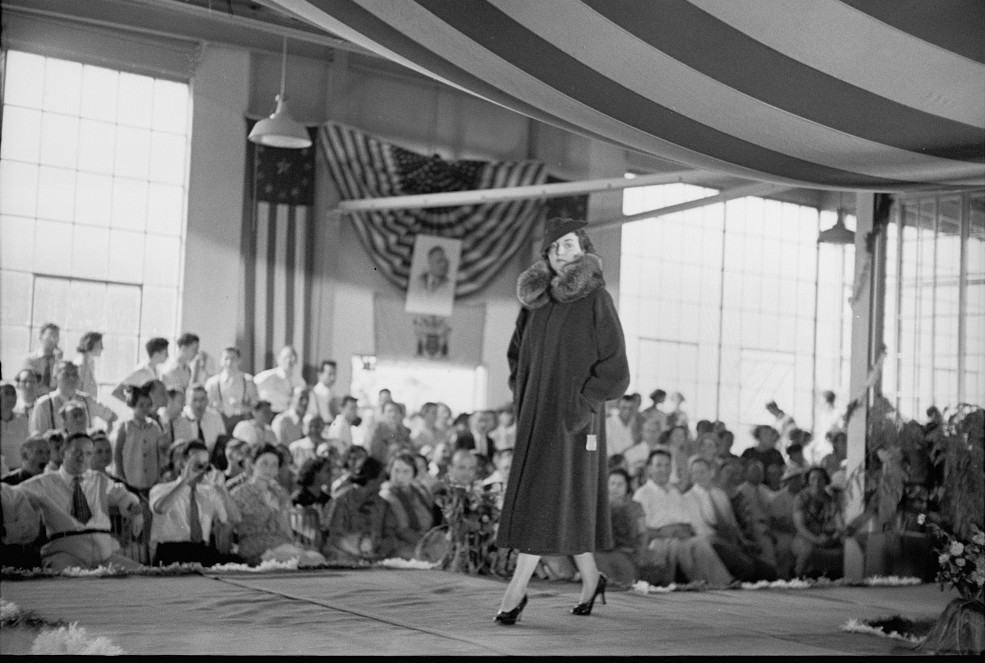 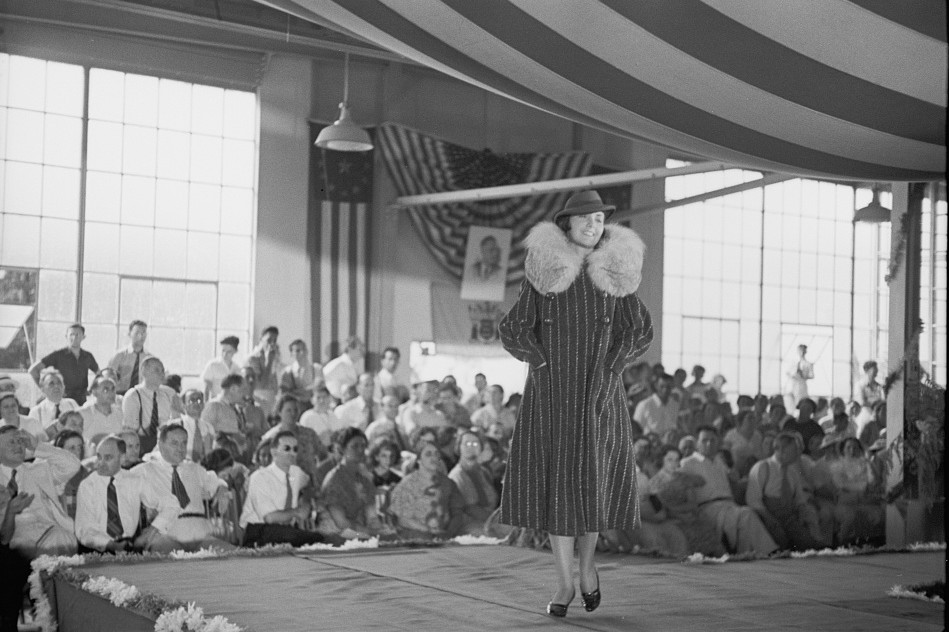 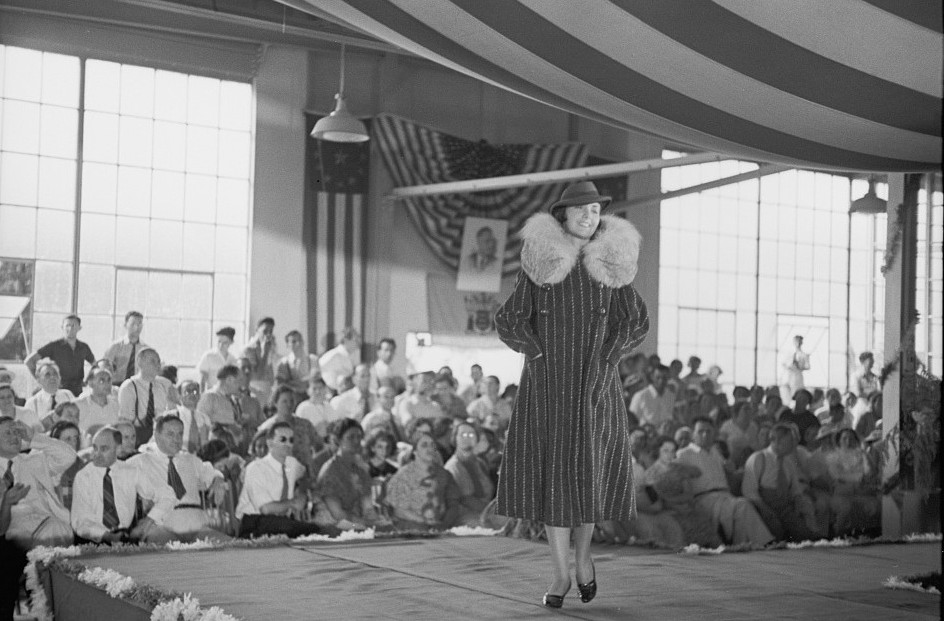 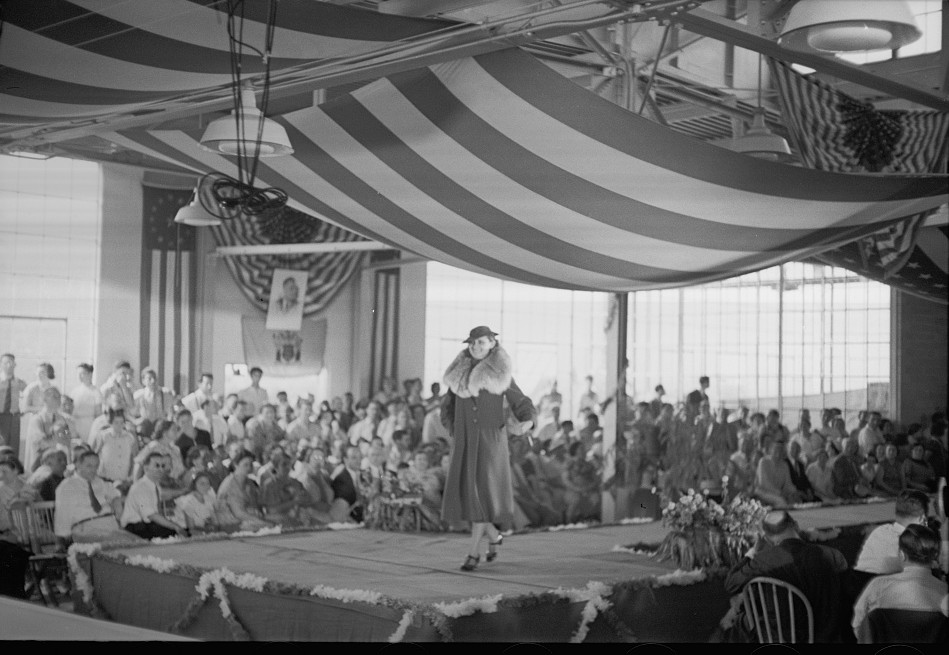 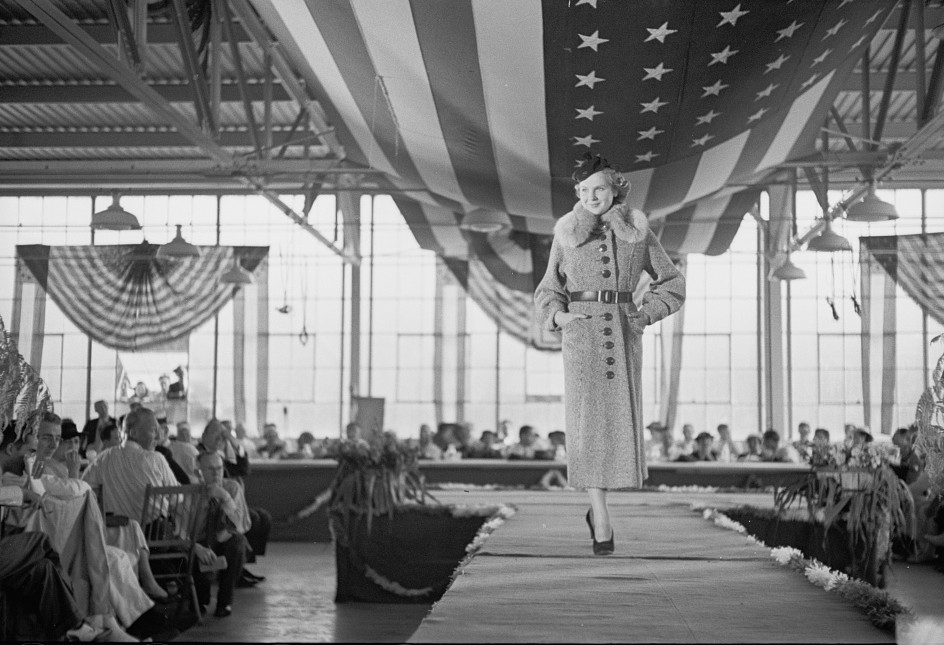 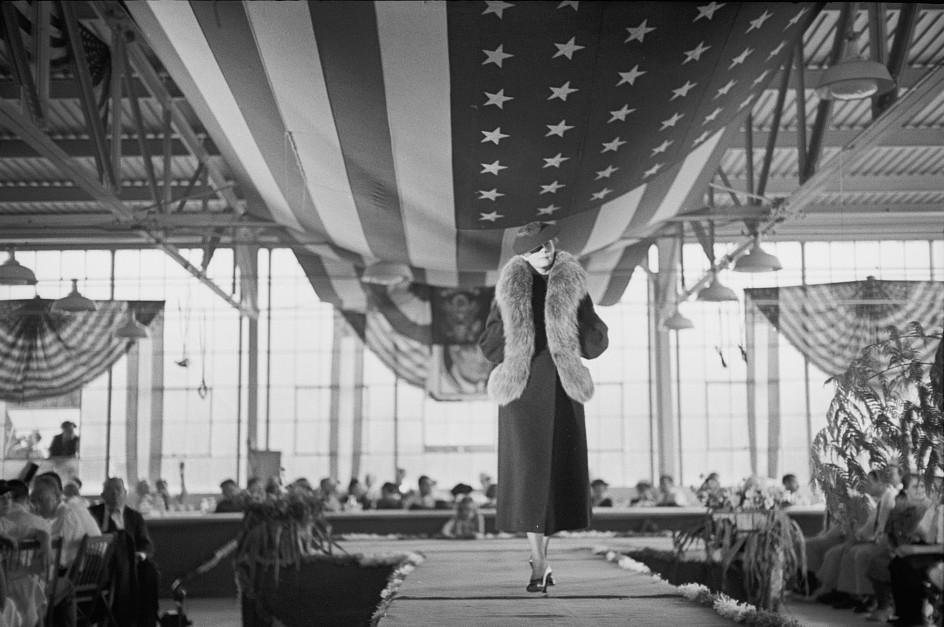 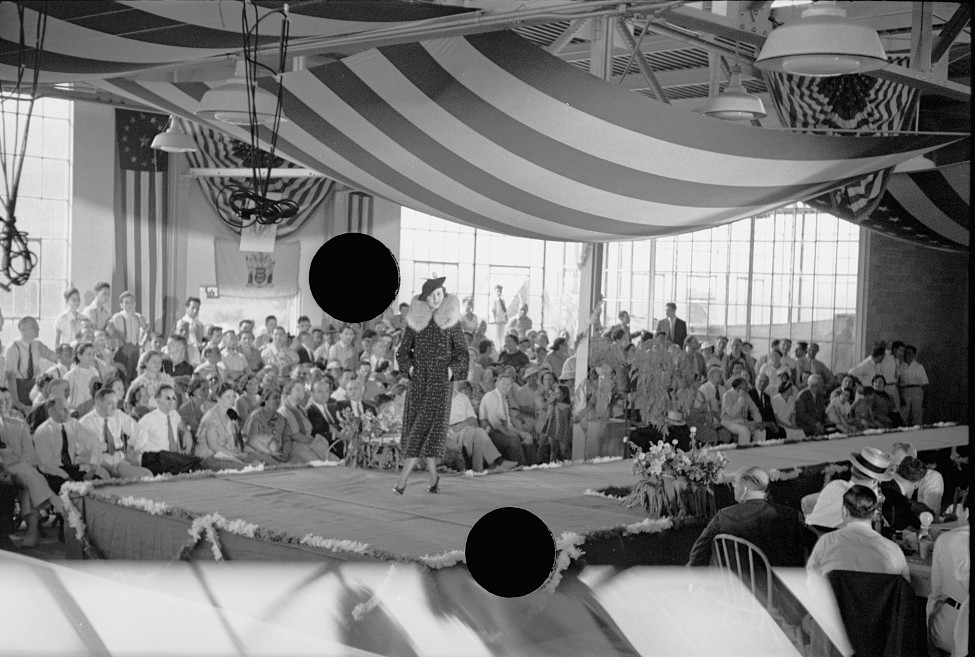 Large orders for coats were announced. Benjamin Brown, who presided at the dedication, defended Jersey Homesteads against charges of communism, declaring instead that it was “common sense-ism” and in line with the Constitution and the American way.”6 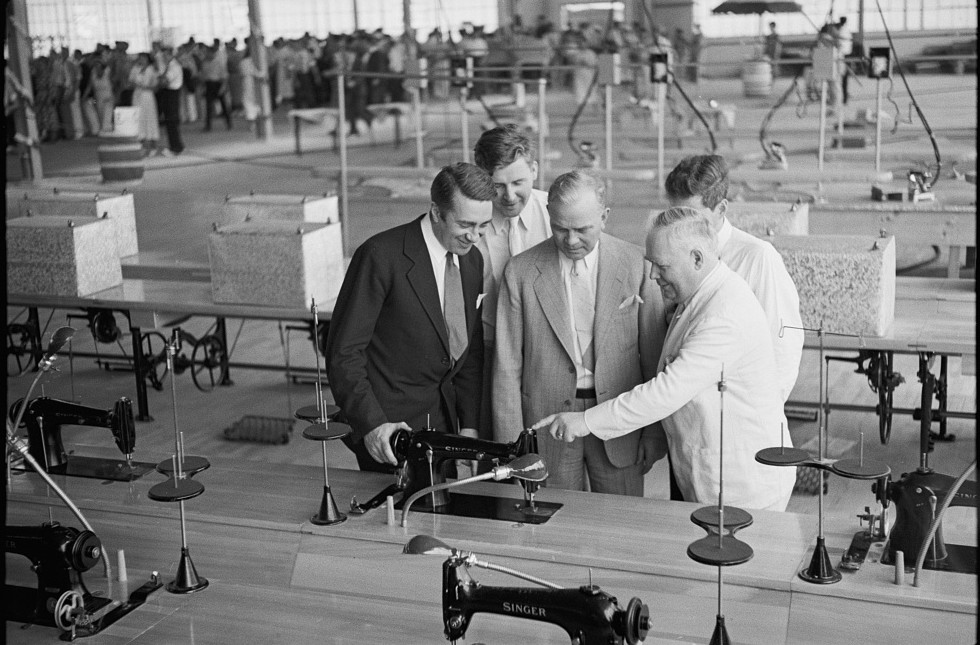 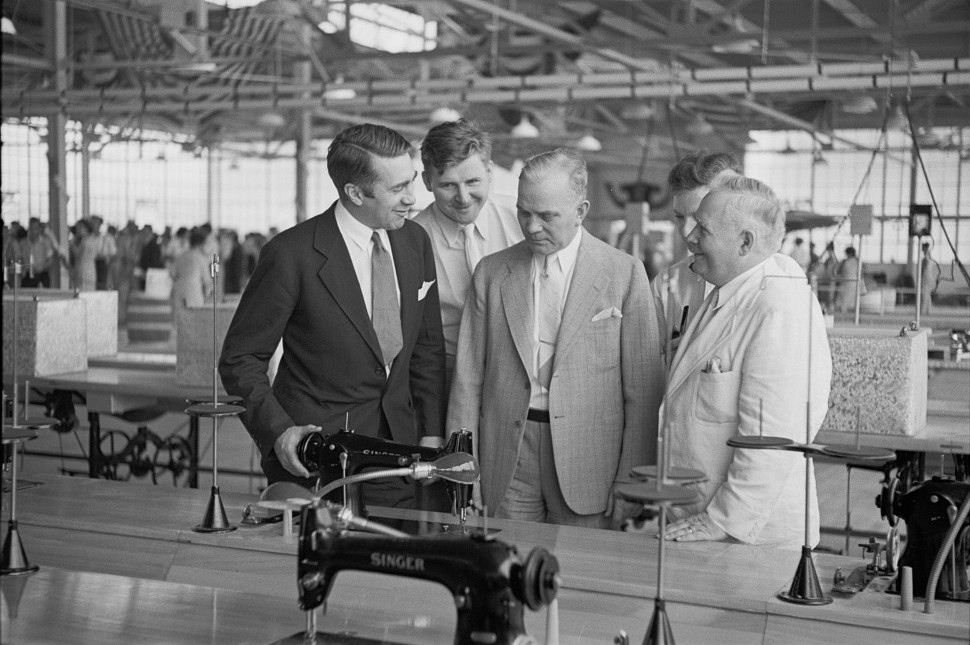 The trade name of the factory product was to be “Tripod,” standing for the triple co-operative foundation of the colony. Brown said: “On this tripod we will not only bring back craftmanship and pride of achievement, together with security, but we will bring back prosperity based on abundance and not on curtailment.”7 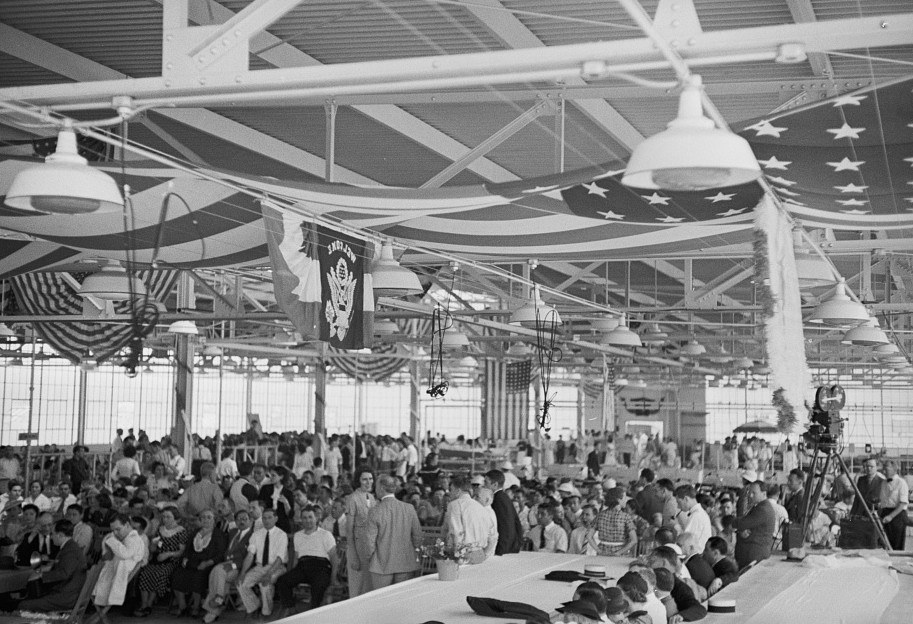 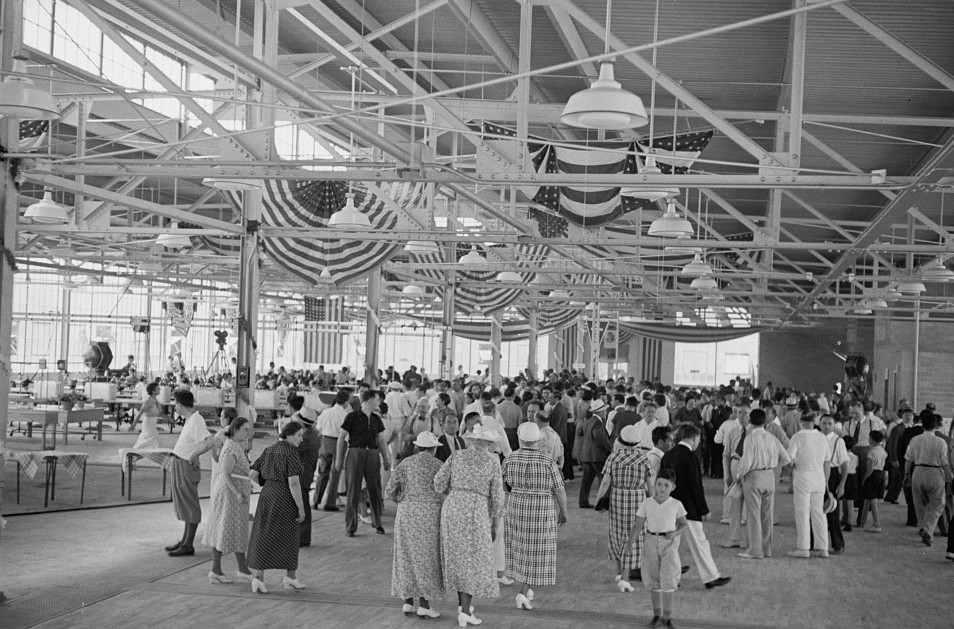 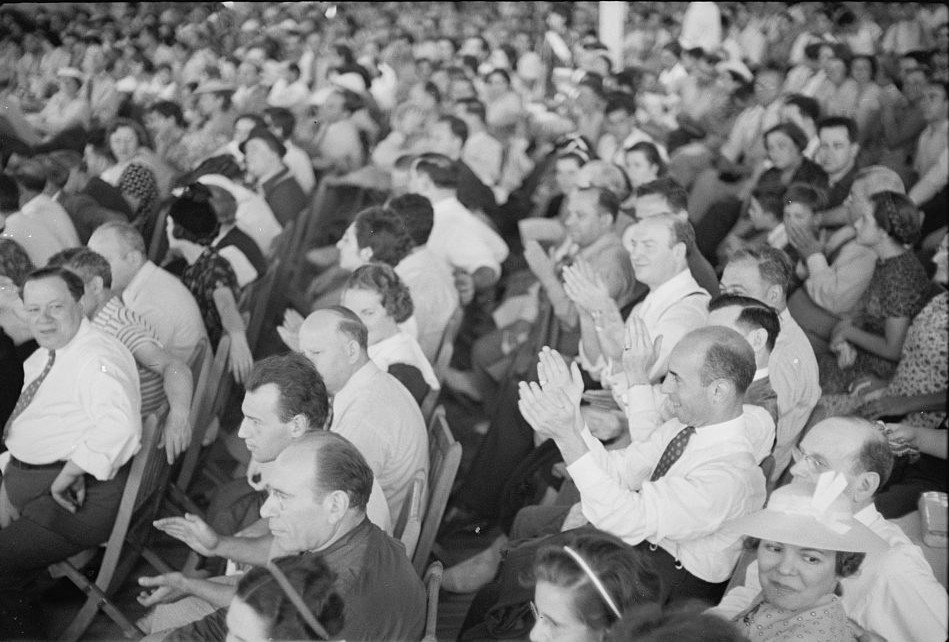 “Yet, in August, only eight homesteads were completed, even as factory orders were being received. Plans to settle homesteaders in pup tents pending completion of their homes were rejected by the Resettlement Administration, which feared the adverse publicity. As a result many of the family heads came to Hightstown and found lodging in local homes, thus managing to keep the factory going.”9

RIBBON OF LOVE: 2nd edition – A Novel of Colonial America Court records dating back to the 1630s create historical accuracy as the reader is taken back to the primitive days of colonial Virginia and Maryland where the Pattendens encounter life-changing difficulties with Indians, ducking stools, illness, massacres, death, loneliness, love, and greed.

We’ve come a long way since these days in warfare
Vintage film of Annie Oakley in action – taken in 1894
Don't miss the stories, get a daily dose of history