Many of the New Deal communities were disliked, for one reason or another, by the older inhabitants in the surrounding areas. This local hostility was very marked at Jersey Homesteads. The type of architecture, the extravagance, and the character and nature of the expected homesteaders were all assailed by local or, at least, by New Jersey critics.1 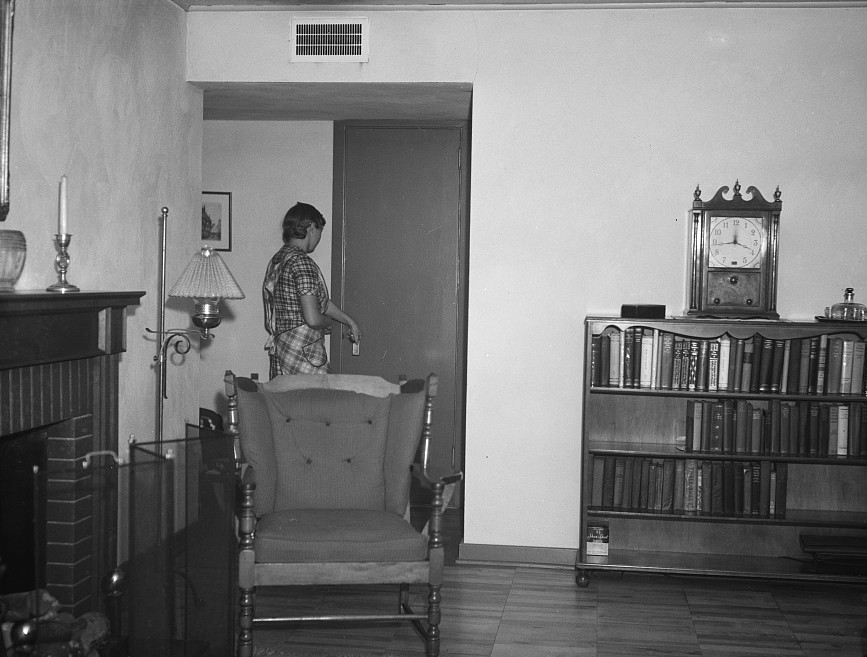 (Some of the homesteaders at the New Jersey Homesteads. Hightstown, New Jersey Dec. 1936 Photo by Arthur Rothstein) 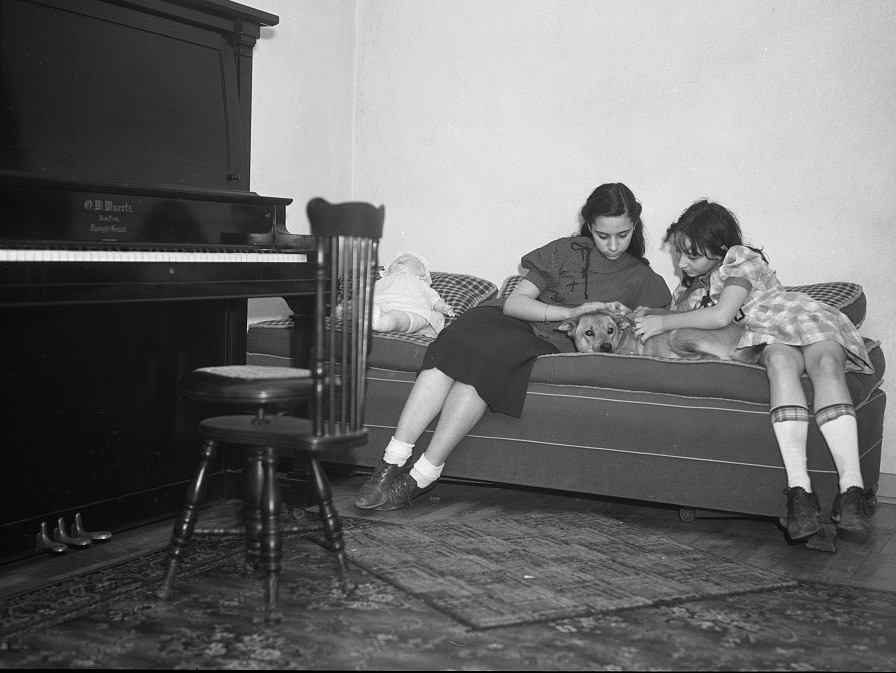 (Some of the homesteaders at the New Jersey Homesteads. Hightstown, New Jersey Dec. 1936 Arthur Rothstein) 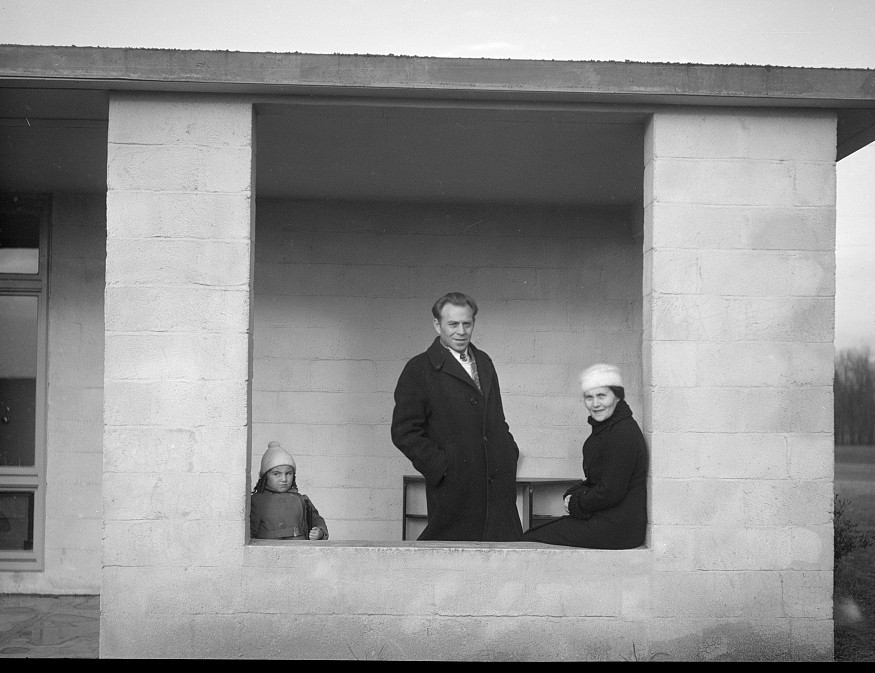 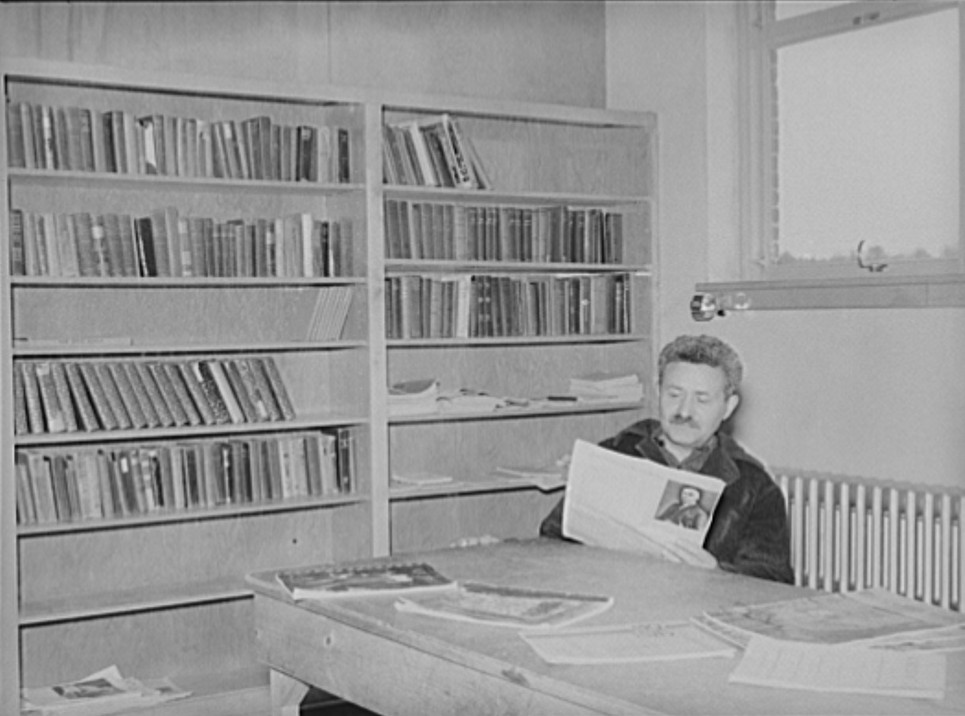 (This building would house the new canning industry to be put into operation in 1937 at Jersey Homesteads, Hightstown, New Jersey 1936 photo by Russell Lee) 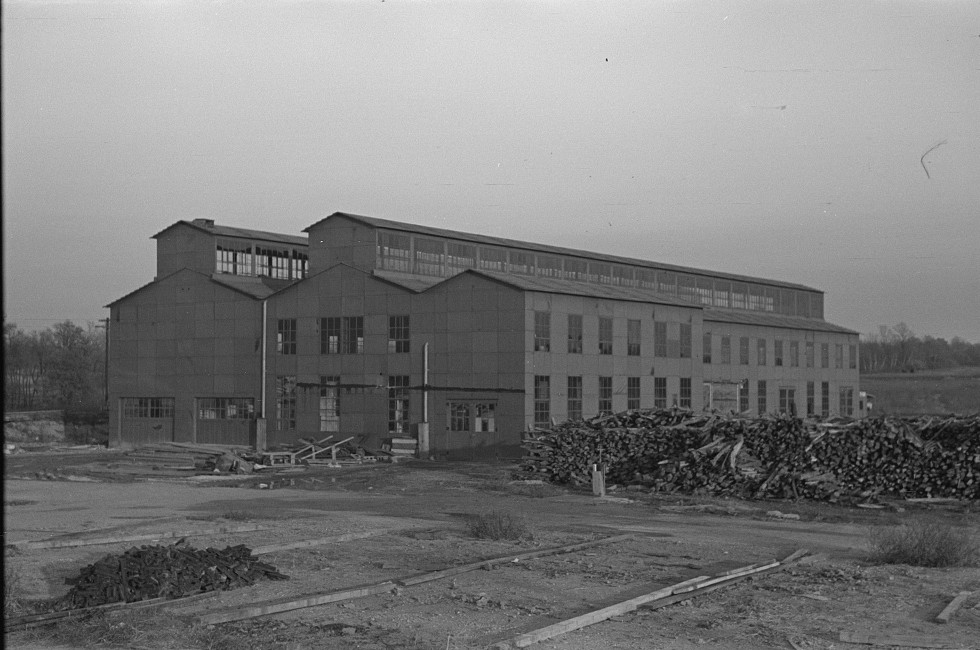 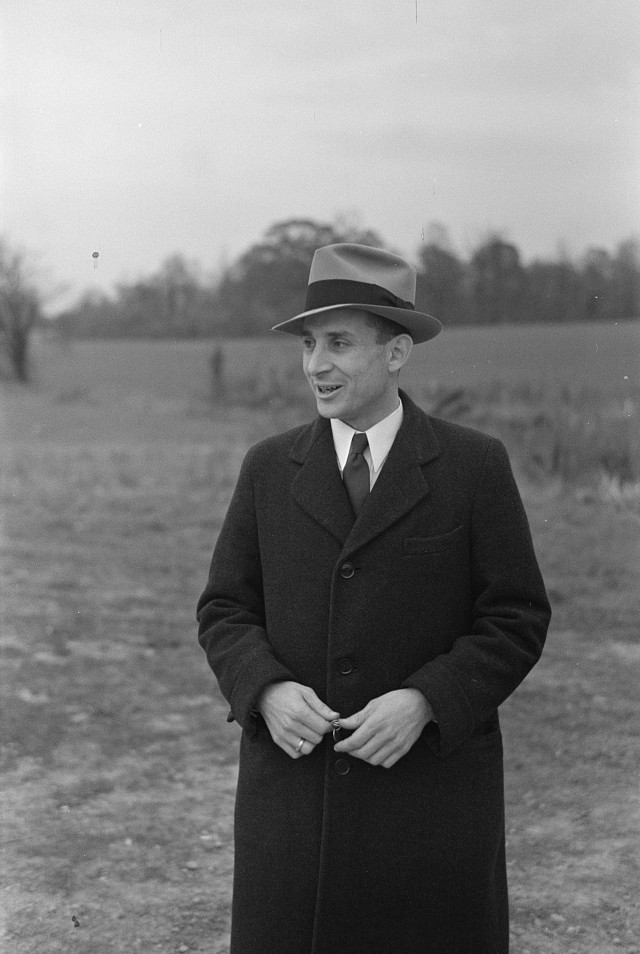 “It was the cost of Jersey Homesteads, more than that of any other project, that gave Senator Harry F. Byrd grounds for attacking the extravagance of the Farm Security Administration. Byrd’s attack materially contributed to the final abolition of the Farm Security Administration. Using information allegedly secured from the General Accounting Office, Byrd placed the price of Jersey Homesteads at over $4,000,000.” 1 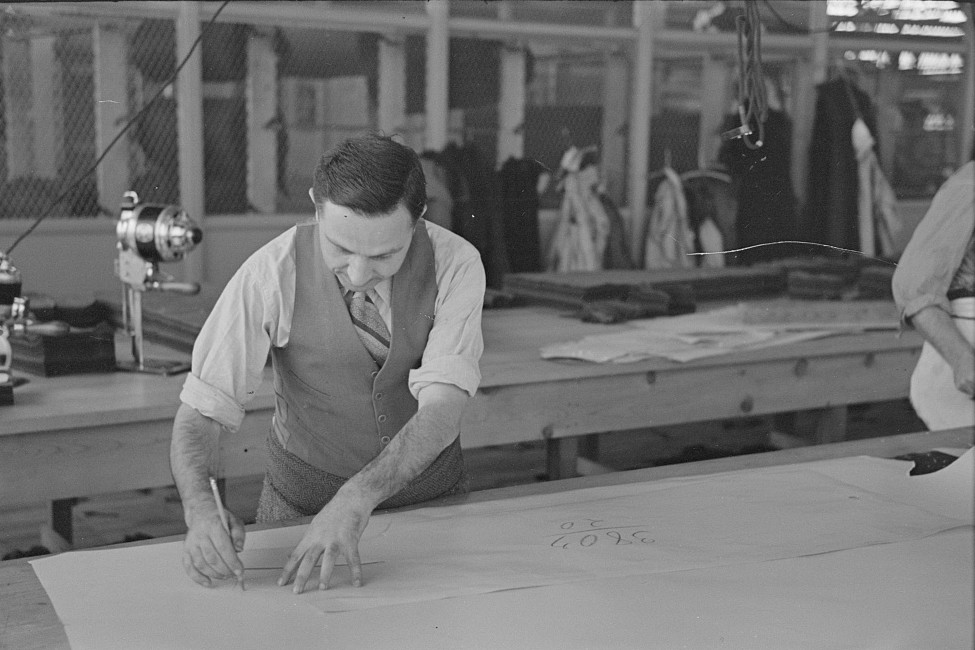 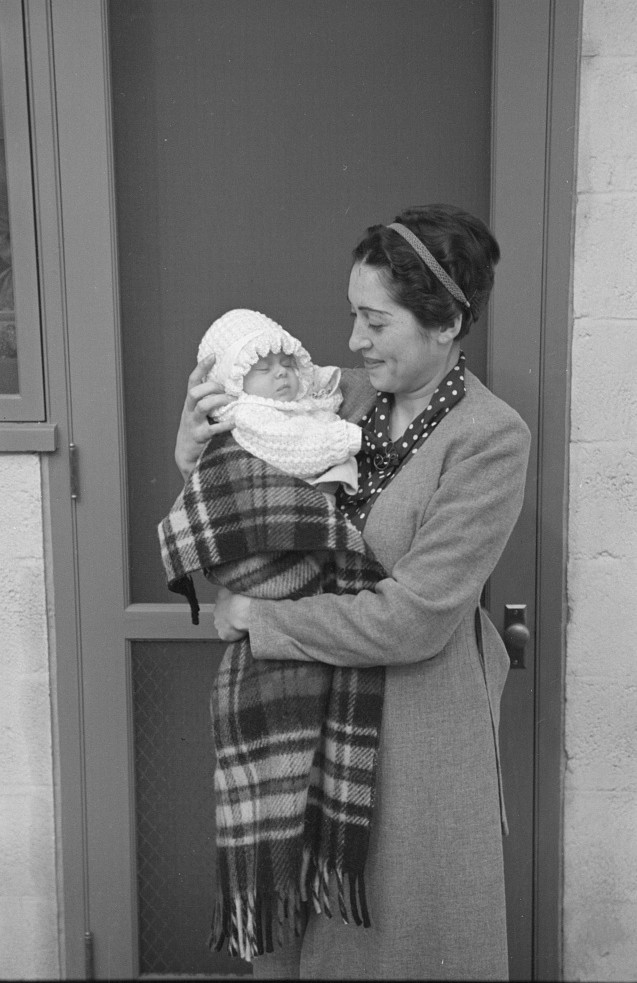 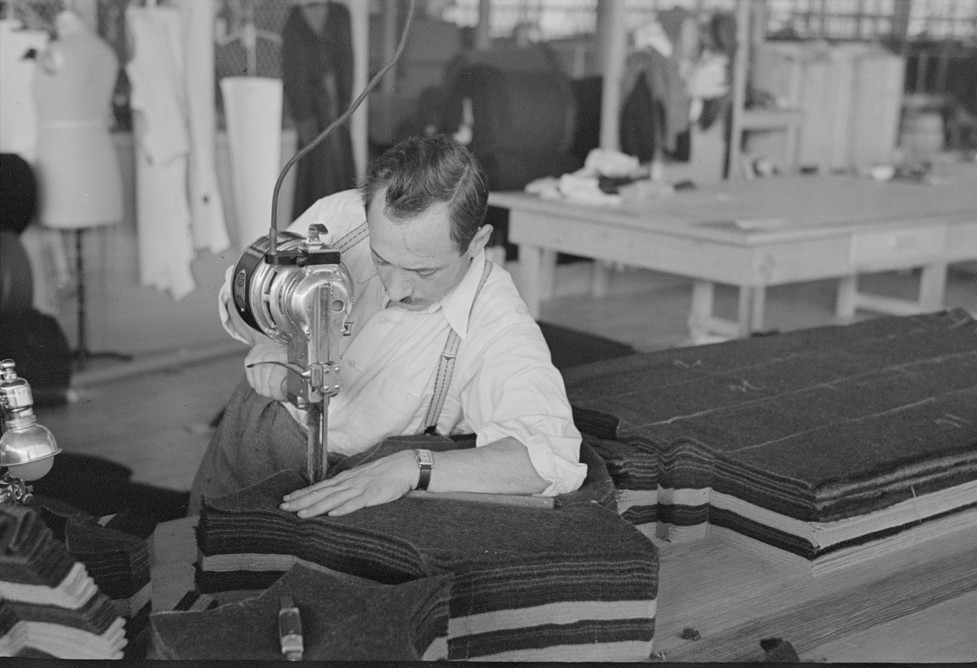 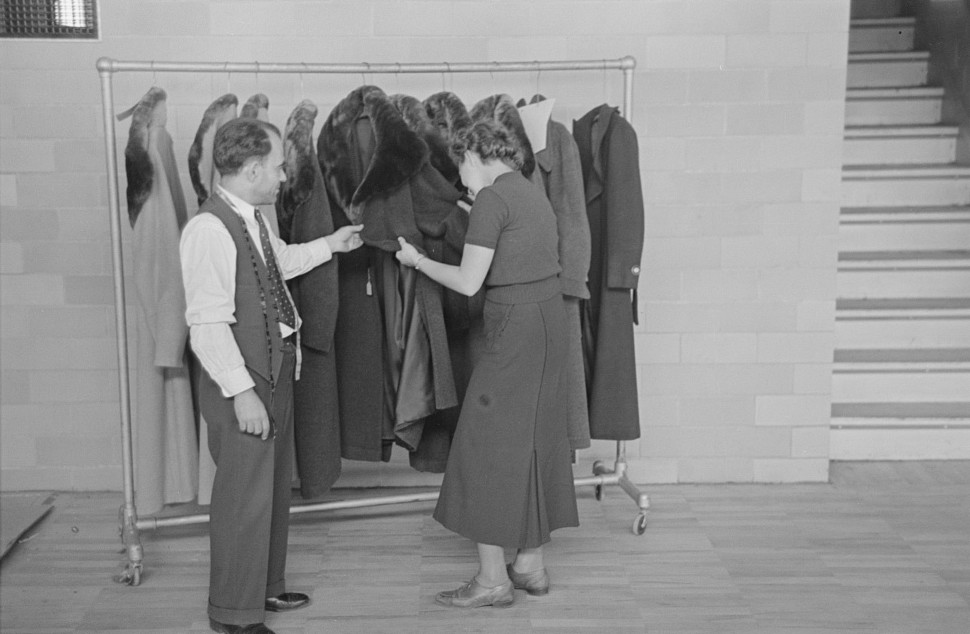 (William Singer, homesteader at Hightstown, New Jersey, helping to store corn for the dairy herd which is soon to be acquired by the colony Nov. 1936) 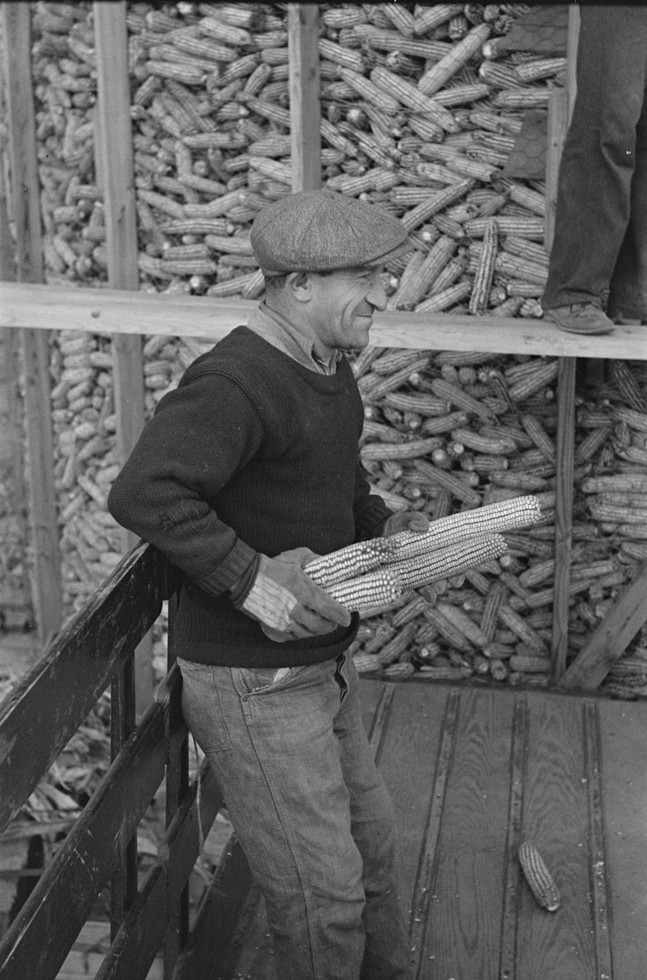 (Homesteaders of Hightstown, New Jersey, helping to store corn for the dairy herd which is soon to be acquired by the colony – photo by Russell Lee 1936) 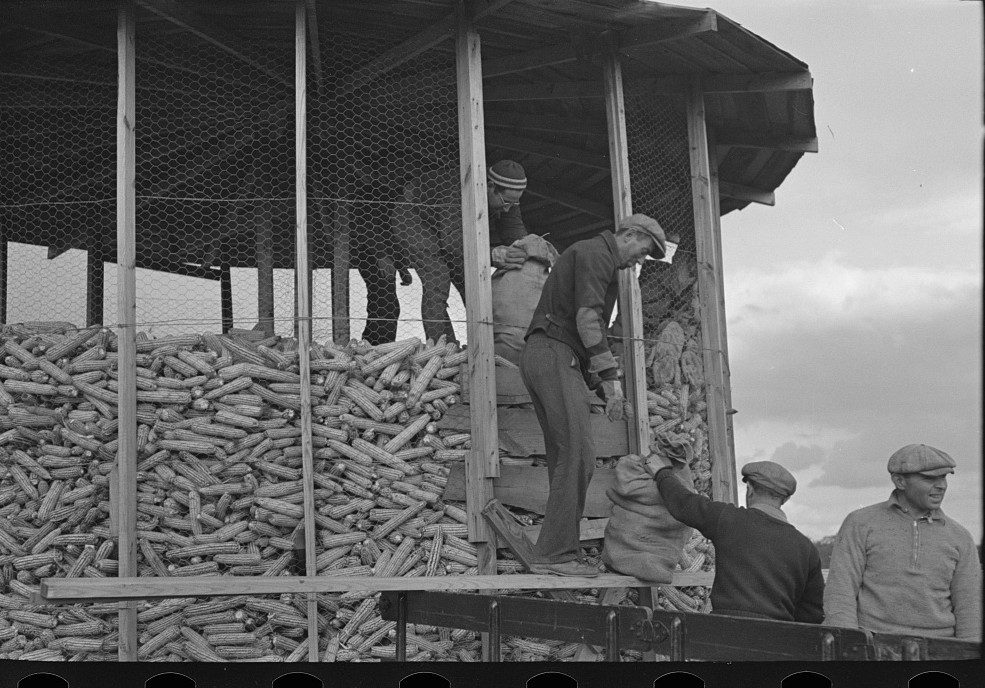 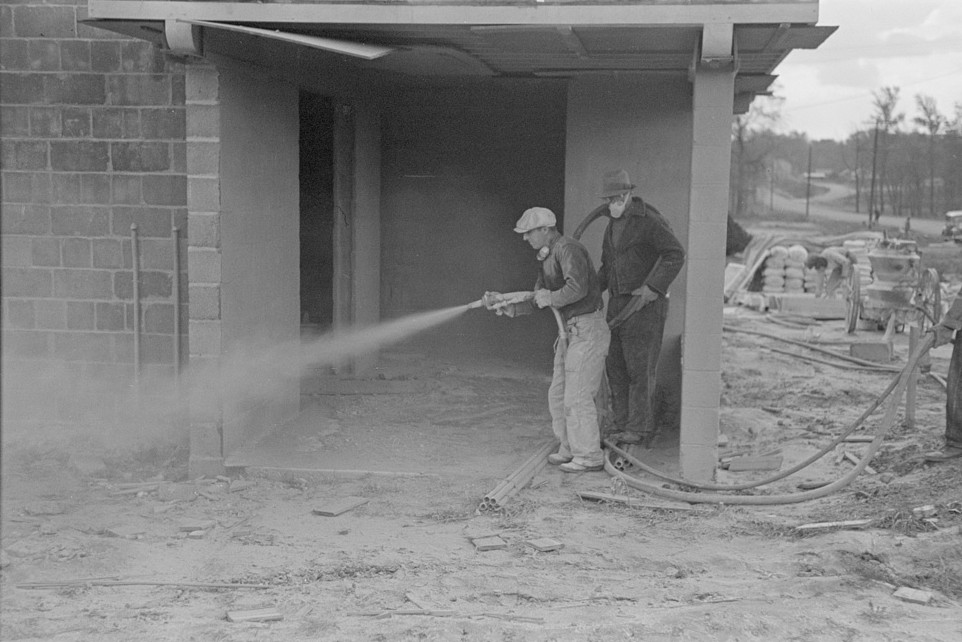 “The final account by the Farm Security Administration listed the total cost as $3,402,382.27, or about $16,516 per unit if divided equally among each of the 206 homesteads (both in town and on the farms). If it is considered that only 120 families ever shared in the numerous community facilities, the total unit cost for some of the participating homesteads was over $20,000.” 1 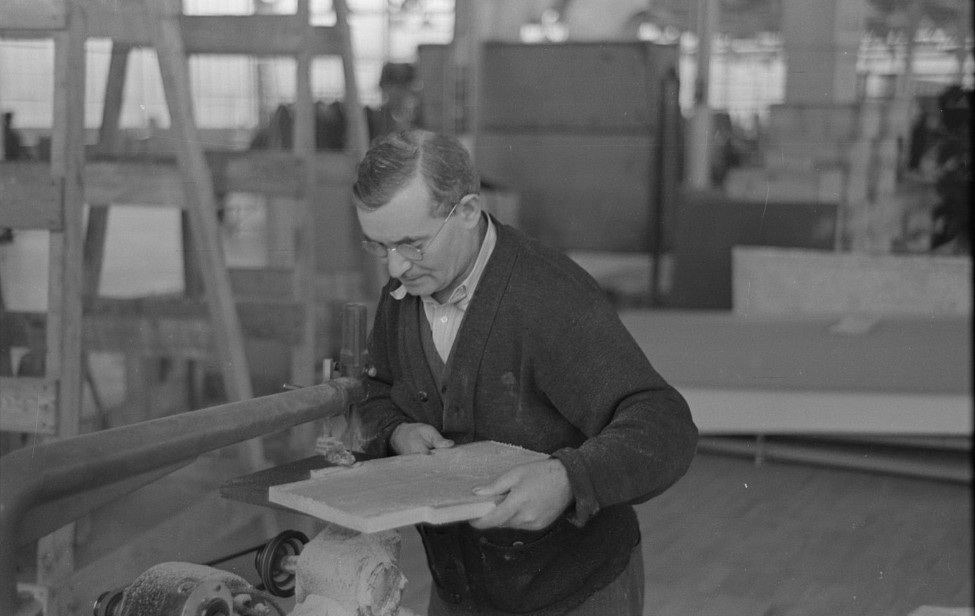 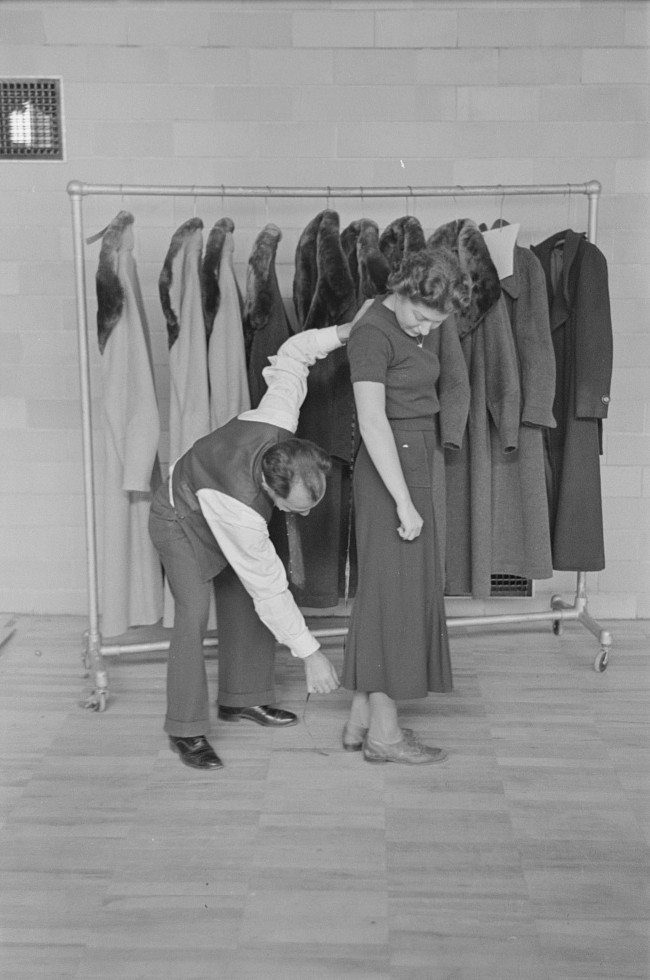 (Library in the community building. Hightstown, New Jersey May 1938 photo by Arthur Rothstein) 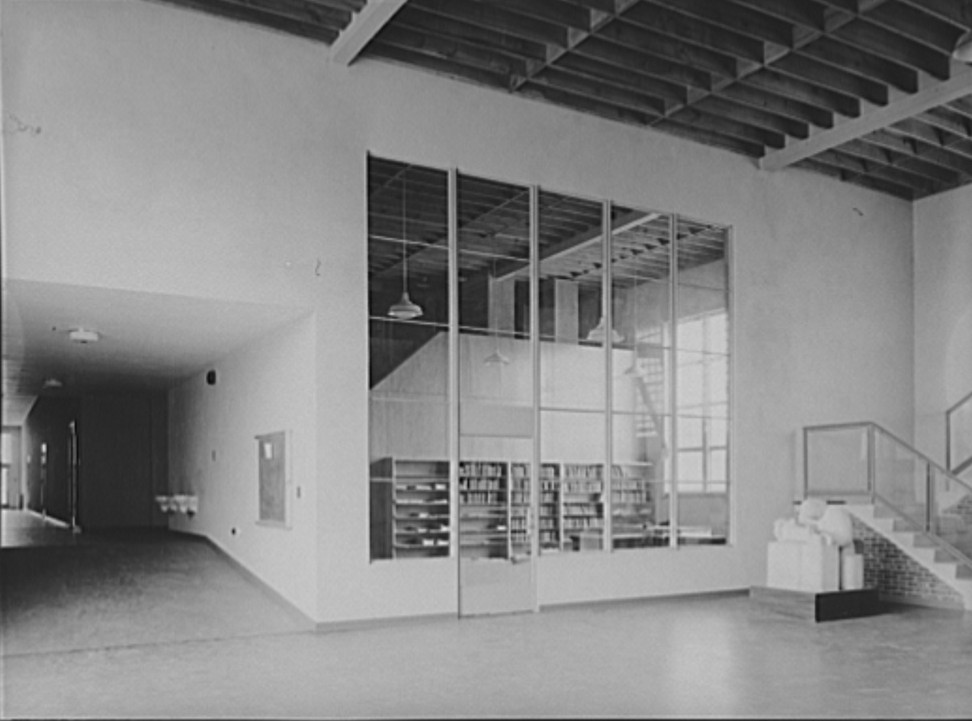 “Of course much of the money was poured into the operation of the factory, into experiments in construction, and into the wages of highly in-efficient relief laborers. But, in any case, there was no question in the mind of anyone, including the officials of the Resettlement Administration, that the total cost of Jersey Homesteads represented at least three times its actual value. In fact, as early as 1937, the Resettlement Administration estimated that Jersey Homesteads could be liquidated for only 27.9 per cent of cost. 31.” 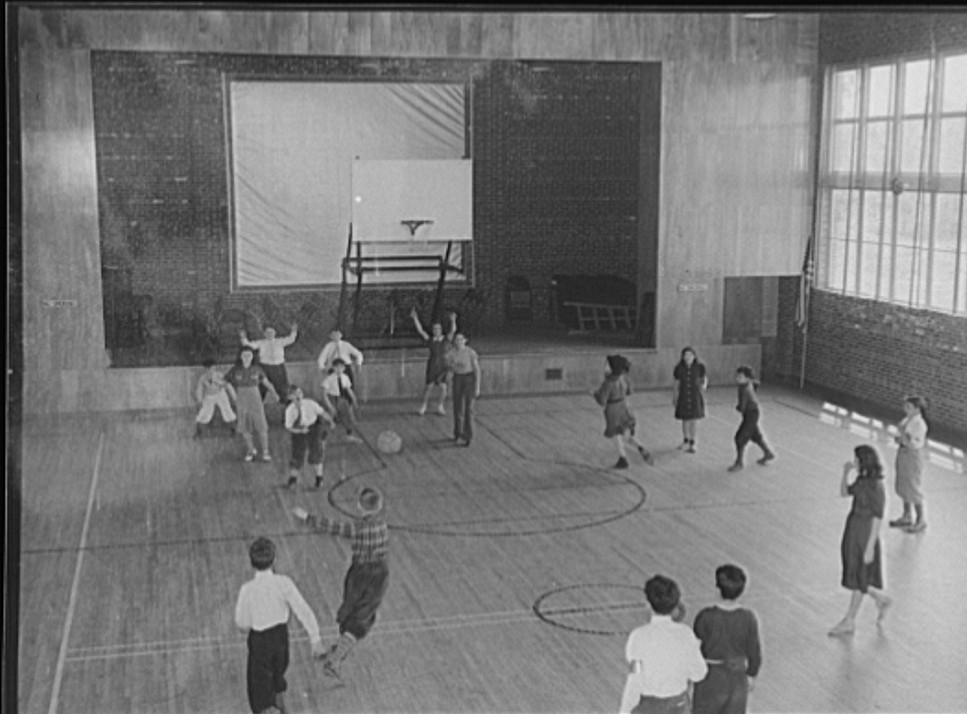 In one sense the end of the Jersey Homesteads experiment began in September, 1938, when the Farm Security Administration, finally realizing that the economic opportunities at Jersey Homesteads were not sufficient to attract any more Jewish garment workers (at $500 a family), began renting seventyfive homes to nonparticipating families from the local area. In 1940 the farm, poultry plant, and crops were auctioned, with the government bidding in most of the property. After having lost money for four years, the farm co-operative was abolished.With the factory already in private hands, the co-operative community was at an end.1

In July, 1941, the 102 remaining Jewish homesteaders celebrated their fifth anniversary at Jersey Homesteads.  Some were commuting to other cities for work; others were employed in their  old factory; all were happy with their homes and homestead plots. Mayor Philip Goldstein, deploring the fact that the homesteaders still rented their homes, asked for a homestead association for Jersey Homesteads. Such an association had been tentatively approved by the Farm Security Administration as early as July 15, 1940, but in 1942, before it was ever put into effect, Jersey Homesteads was transferred to the Federal Public Housing Authority. This agency and its successor, the Public Housing Administration, completed the liquidation of the government’s investment in Jersey Homesteads by selling the homes to individuals after the end of World War II. After liquidation, the homesteaders decided to change the name of their community to Roosevelt, New Jersey. Jersey Homesteads, long associated with controversy and extravagance, disappeared from the map.

Roosevelt, New Jersey, a name symbolic of a better future in its very newness, was also an indication of the homesteaders’ gratefulness to a recently deceased hero.

DYK: Where did you think the phrase ‘a drop in a bucket’ originated?
DYK: the idiom “laughing stock” may have grown over time
Don't miss the stories, get a daily dose of history