A surprise hurricane in July, 1943 that hit Texas was considered at the time the worst since the 1915 Galveston hurricane. The tropical storm developed over the northeastern Gulf of Mexico on July 25 and strengthened while it tracked westward. 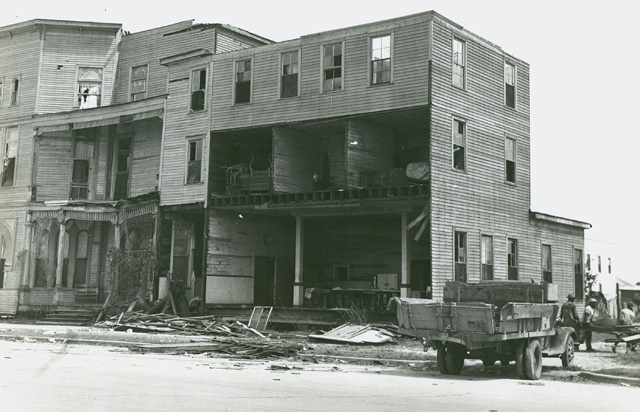 Information and reports about the hurricane were censored by the Government because the United States was in the midst of World War II and activity from a German U-boat was expected in the Gulf of Mexico. The Weather Bureau primarily on ship reports to alert them of hurricanes, but the ship reports were silenced. All advisories had to be cleared through the Weather Bureau in New Orleans and this further delayed preparations for the storm.

First hurricane to be entered by a reconnaissance aircraft

On the day of July 27, the first ever reconnaissance aircraft flew into the hurricane. “During the morning hours of July 27, British pilots were training at Bryan Field in Bryan, Texas and were alerted about a hurricane approaching the Galveston area. Upon becoming informed that the planes would need to be flown away from the storm, they criticized this policy.

Colonel Joseph B. Duckworth, who was commander of the U. S. Army Air Forces ‘Instructors’ School (Instrument Pilot) at Bryan, Texas, and Lieutenant Ralph O’Hair were having breakfast with some veteran British pilots at the base. The British were kidding Duckworth because American airplanes were being removed from the storm’s path, and they implied that the American planes and pilots were just not good enough. Duckworth got tired of the ribbing and decided to do what no pilot had ever admitted to intentionally doing. He decided to fly through the eye of the hurricane and shut up the British.”i 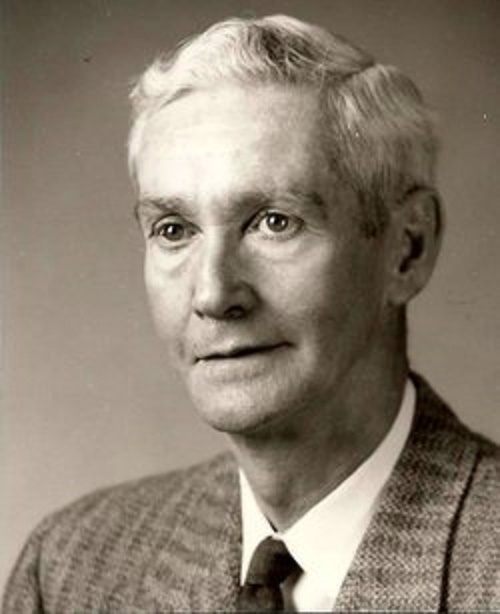 They flew without permission

Colonel Duckworth made a bet with the British pilots that he could fly his AT-6 Texan trainer directly into the storm. Duckworth requested that Lt. Colonel Ralph O’Hair, the only navigator at the field, fly into the hurricane with him. Because neither Duckworth nor O’Hair believed that the headquarters would approve the flight, they decided to proceed without permission. 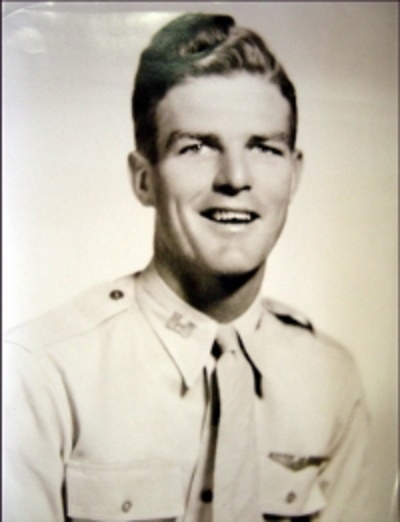 “They took off from Bryan Field and headed for Galveston in an AT-6 single-engine trainer. As they approached Galveston, the air traffic control tower at the Houston Airport asked them on the radio if they realized there was a hurricane at Galveston. When informed of their plans, the tower asked where to send the search parties to find their wreckage.”ii

They completed the flight and returned to Bryan Field. Upon landing, they were met by the base’s weather officer, Lt. William Jones-Burdick,who wanted to fly back through the storm and collect data. Lt. William Jones-Burdick climbed into the airplane, and Duckworth flew through the storm a second time. The base meteorologist made observations and kept a record of the flight.”iii

Thus, Duckworth and O’Hair became the first hurricane hunters. O’Hair later compared the weather encountered during the flight to “being tossed about like a stick in a dog’s mouth”.

“The U. S. Air Corps quickly realized the value of flying into a storm to measure its intensity and provide better warnings. Within a year, regular reconnaissance flights were being made into tropical storms and hurricanes. Today, the Air Force “Hurricane Hunters” still fly into storms.”iv

The storm caused 19 fatalities, 14 of which occurred after two separate ships sunk. Overall, damage reached approximately $17 million in the Houston area. Hundreds of people were reported injured, including soldiers and air cadets who were stationed for training at Ellington Field. 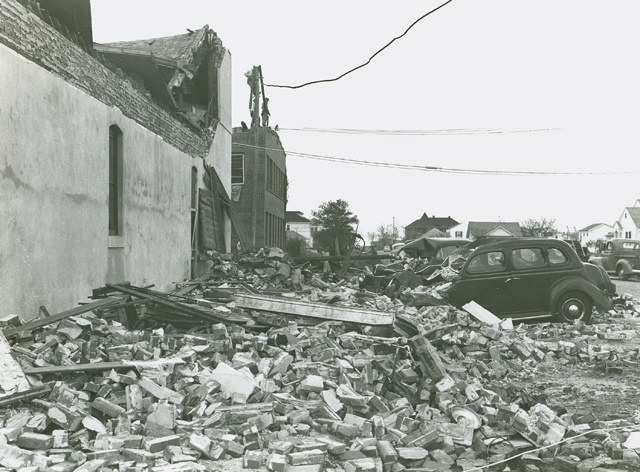 Heavy rainfall, with up to 19 inches fell on Port Arthur and numerous home were flooded throughout the East Texas coast.