The phrase KNOCK ON WOOD – Traditionally, when you speak of your own good fortune, you follow up with a quick knock on a piece of wood to keep your luck from going bad. 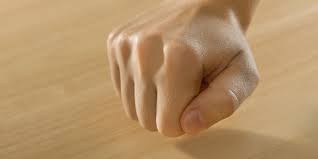 Before Christianity and Islam, many pagan groups and other cultures—from Ireland to India to elsewhere in the world—worshipped or mythologized trees. Some peoples used trees as oracles, some incorporated them into worship rituals and some, like the ancient Celts, regarded them as the homes of certain spirits and gods. It used to be considered good luck to tap trees to let the wood spirits within know you were there. Traditions of this sort still persist in Ireland