What is a “whatnot”? Find out in this heart-warming tale by Contributing Alabama Author Becki McAnnally

THE “WHATNOT” AND THE RADIO

Our grandparents and great-grandparents would surely marvel and declare that our modern communications systems were from the devil… sometimes I wonder if they aren’t myself.

He was not fat but had a pot belly

My maternal great-grandfather, “Grandpop” ( Joseph Pitts) lived in Montevallo, Alabama, and farmed most of his life. He was a big man, about 6 feet 4 in his stocking feet. He was not fat, but had a little potbelly. He had curly white hair and a white handlebar mustache. Grandpop wore little round gold-rimmed glasses, and he looked like Santa Claus to me.

He always had a chuckle, called me “ tutter”, our southern slang for “sugar”. It didn’t faze me at all that he was in a wheelchair, for that is how I always knew him. He had a cerebellar ataxia that, in the beginning, made him stumble and fall…lose his balance easily. Eventually, it robbed him of his ability to walk and work in his garden, which he loved, but it did not steal his wonderful disposition, his memory, or his strong faith. 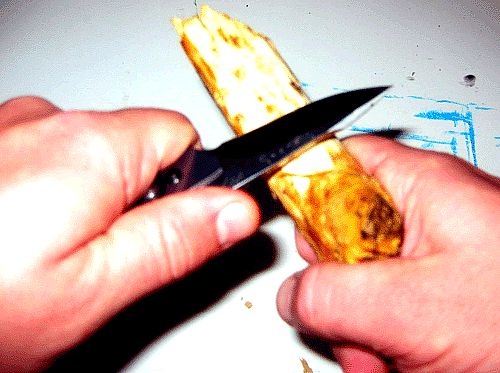 One of his passions was to whittle, make wooden boxes and “whatnots”… small, light weight, intricately cut wooden shelves that were hung on the wall for small knick-knacks, or larger ones that stood in corner for larger pieces. While he worked, he loved to listen to the radio, especially to the preacher who came on every day who preached hell fire and damnation at the top of his lungs.

I held the wire on the back of the radio

My job, when I was there, was to hold the wire at the back of the radio, so that the reception was better. (Don’t ask me how that worked, it just did.) I was no more than four or five years old, but I remember standing for long periods of time so that he could hear every word. Any other time, I would have been running and whooping with the best of them, but I loved him so much, I was glad to do this for him. 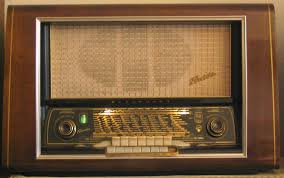 I wonder even now that I didn’t bolt and run with all that yelling. After the preacher’s show went off the air, I would sit with him and watch him carve or work on the whatnots. He never made me feel that I was a nuisance, and was always gentle and kind to me. He died in 1954,when I was twelve, and I mourned him fiercely. I still have two of those boxes and a small whatnot…and a ton of sweet memories of him. What treasures!

Too bad more kids don’t or can’t spend time with their grandpops, holding the radio wire, or just “hangin’ out”. It might do them a lot of good.

Vinegar of the Four Thieves: Recipes & Curious Tips from the Past –This book is a compilation of some of the funny and helpful tips from our past history. Some recipes and tips date back to the 1770s. One or two sound a little dangerous and I would never try them myself, but I’ve included them in this book for their humorous and historical value.