I Want to Go Back to Michigan is a song by Irving Berlin composed in 1914. It was a moderate commercial success when it was first released and afterward became a staple on vaudeville. Billy Murray, a popular singer during the period when the song was first composed, recorded it for Edison Records in 1914.  Its most famous performance was by Judy Garland in the film Easter Parade. 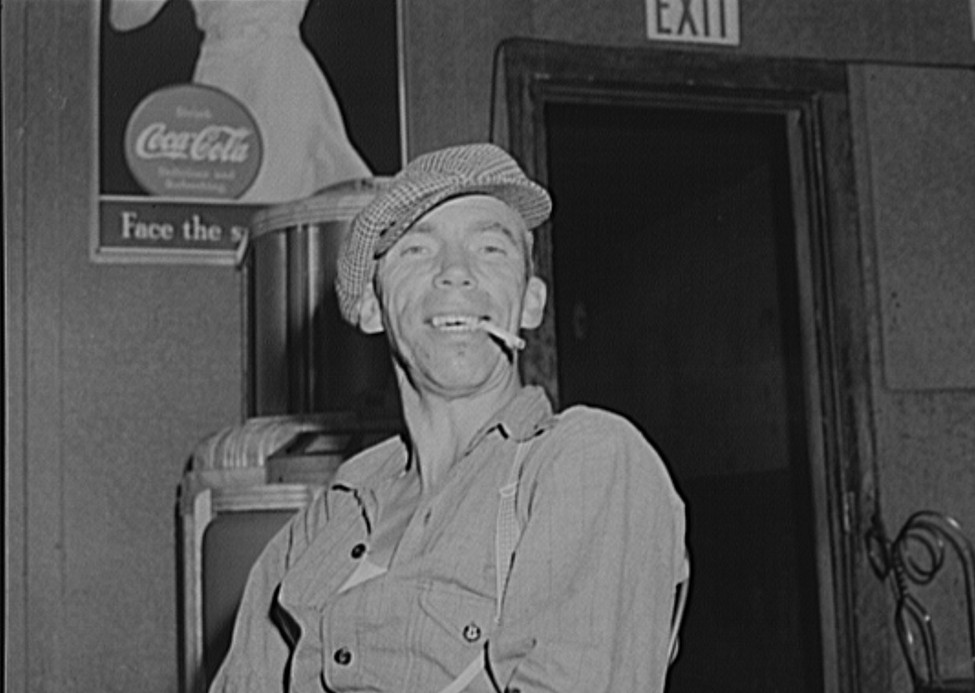 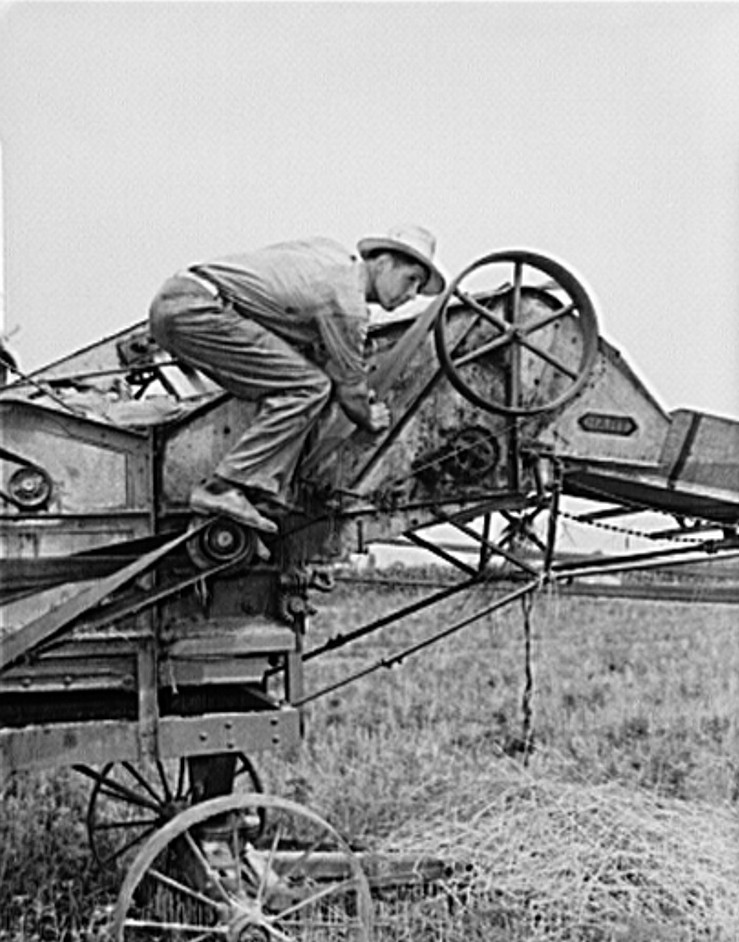 Woman on tractor – Like many other farm wives whose husbands were engaged in war work, Mrs. William Wood manages a 120 acre farm in Coloma, Michigan, with little male assistance. With a crop of corn, tomatoes and rasberries to harvest, she still found time to care of her own Victory garden and to attend a first-aid class. And for the scrap drive Mrs. Wood salvaged 1,600 pounds of outworn metal and rubber articles from the farm, and contributed them to her local collection agency – photographer Ann Rosener – 1942-1943 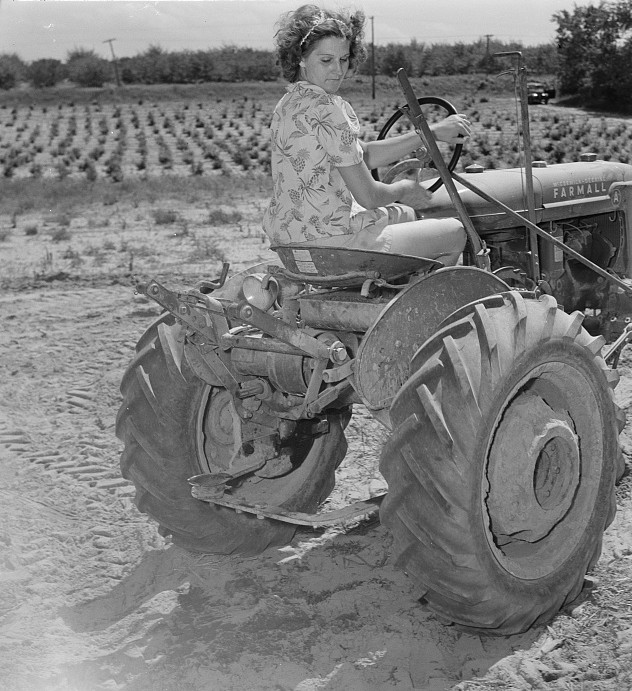 An old lady hoeing her garden on her small farm near Gibbs City, Michigan – Photographer was Lee Russell, May 1937 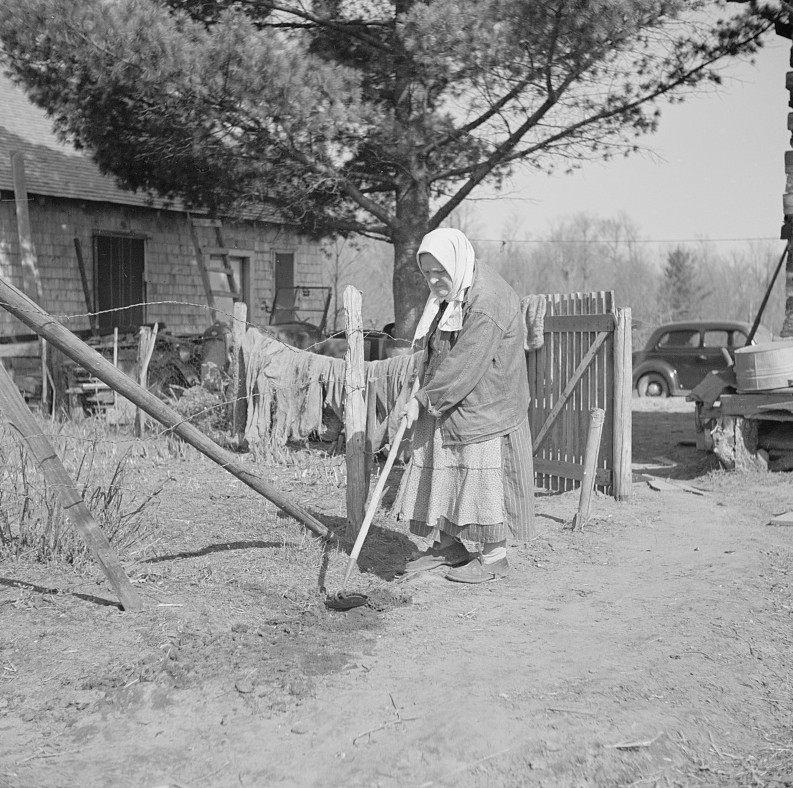 A young child feeding calf on farm near Gibbs City, Michigan by Photographer Lee Russell May 1937 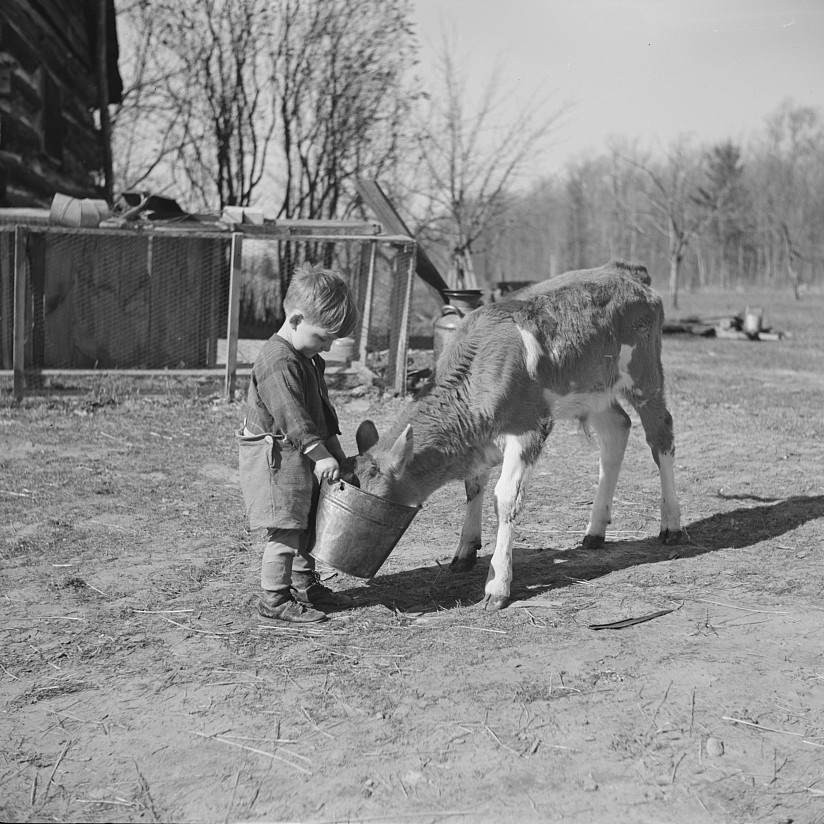 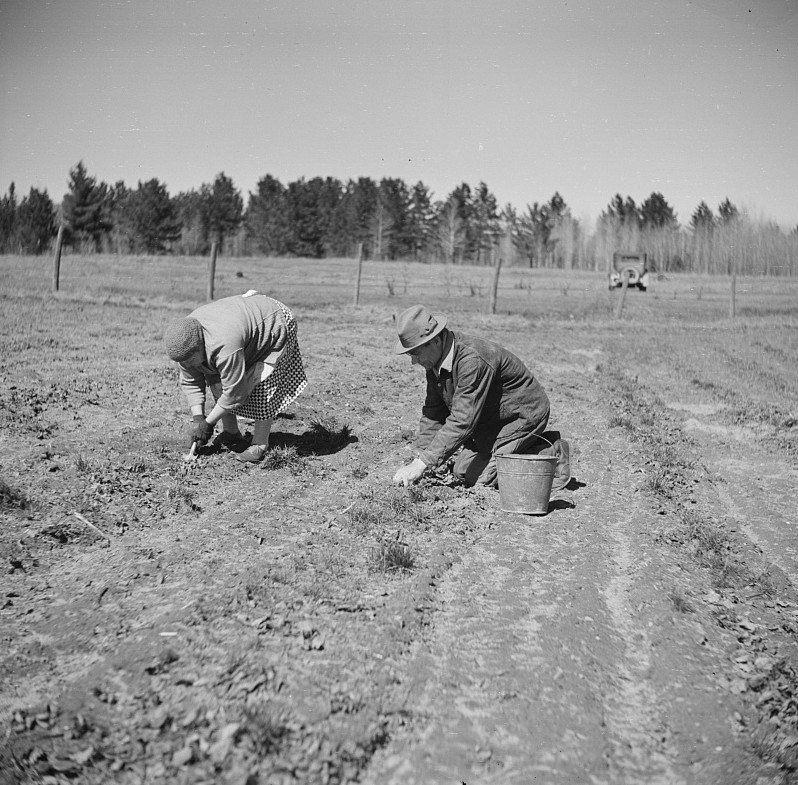 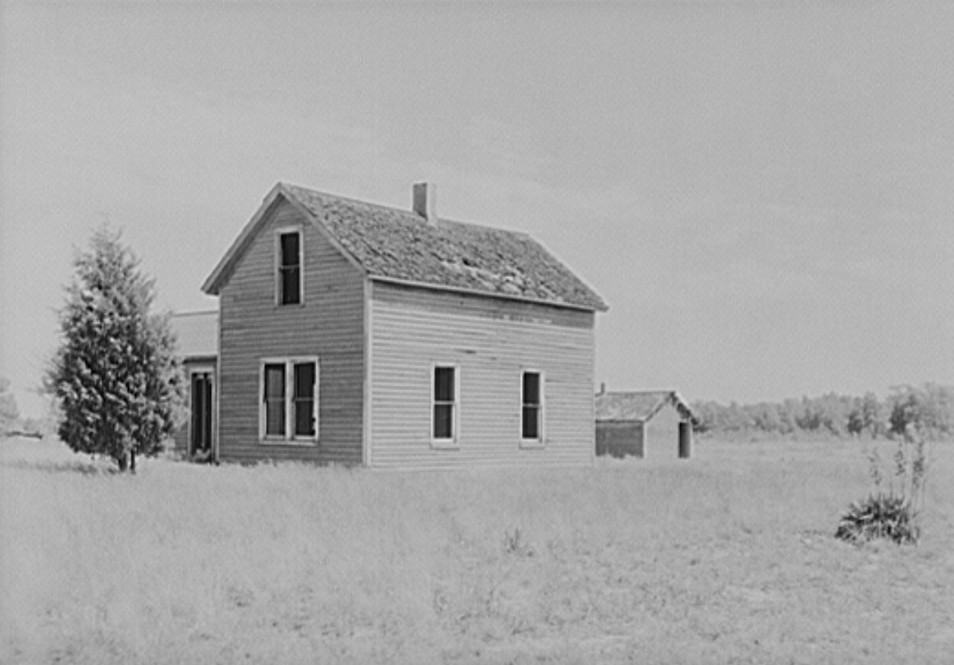 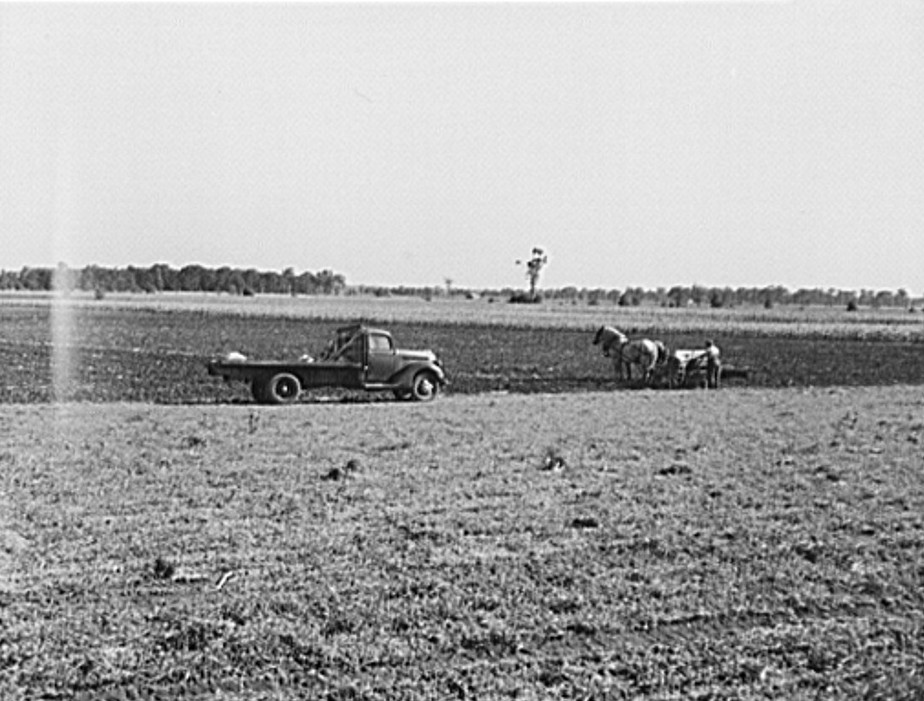 Lon Allen and daughter sawing log on farm near Iron River. It is a common practice for both sexes to work together in operations on the farm – Lee Russell 1937 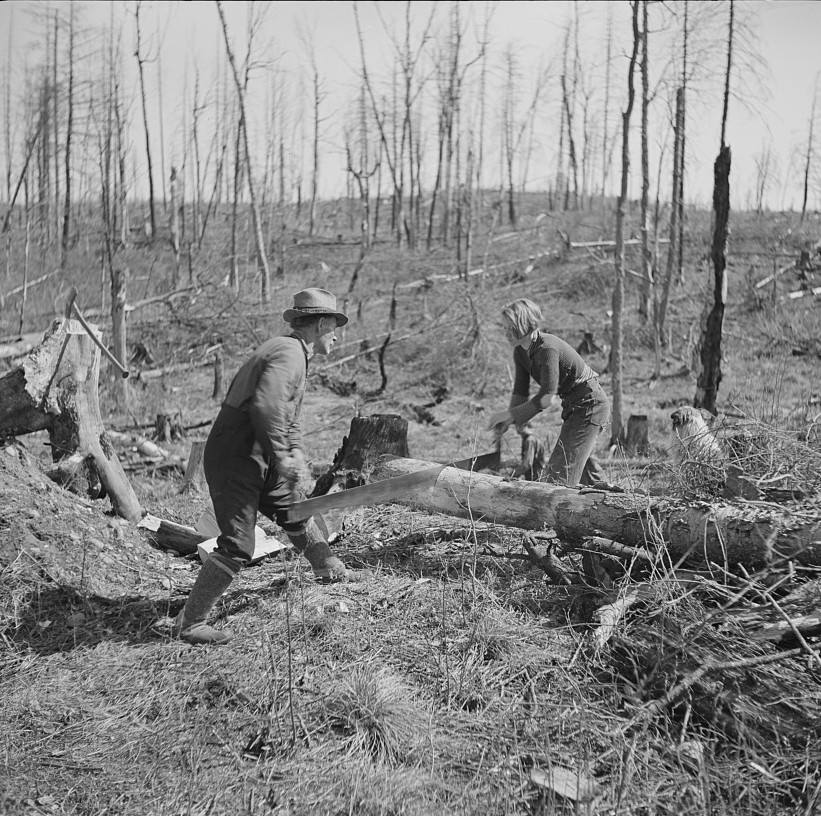 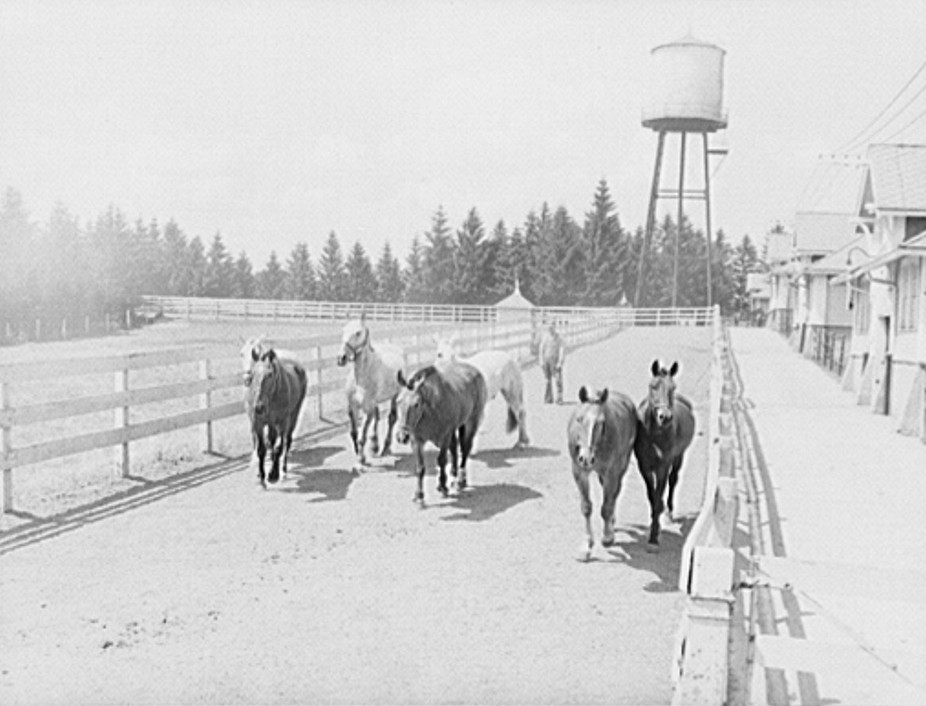 Photograph of a hay stack at a Michigan farm photograph taken by Arthur Siegel September 1942. 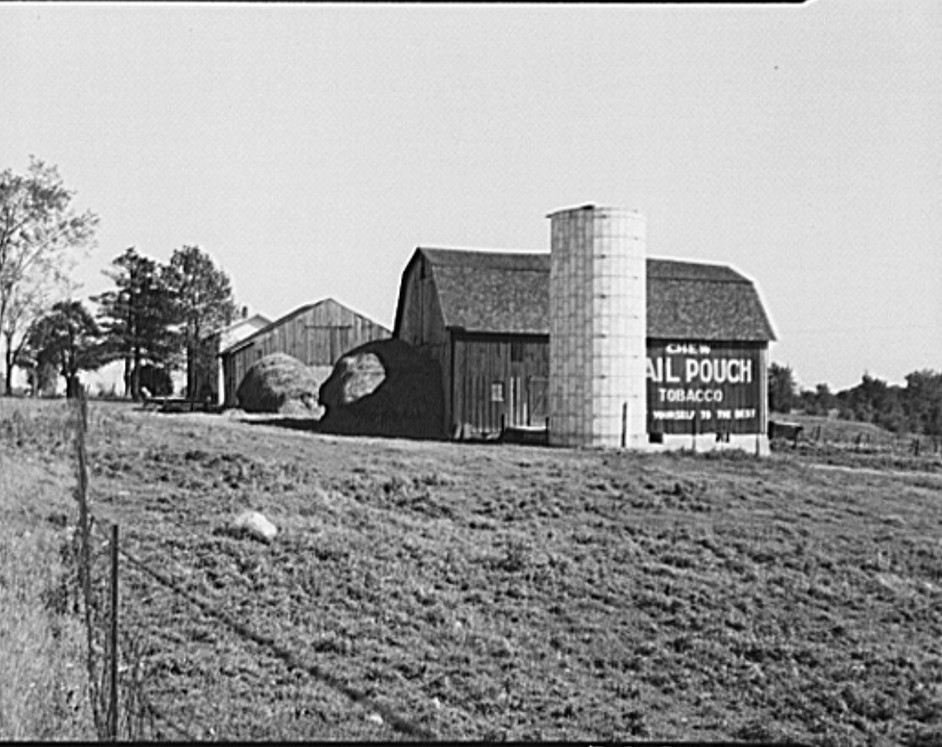 Shocks of corn on a farm at Ann Arbor, Michigan photograph taken by Arthur Siegel September 1942. 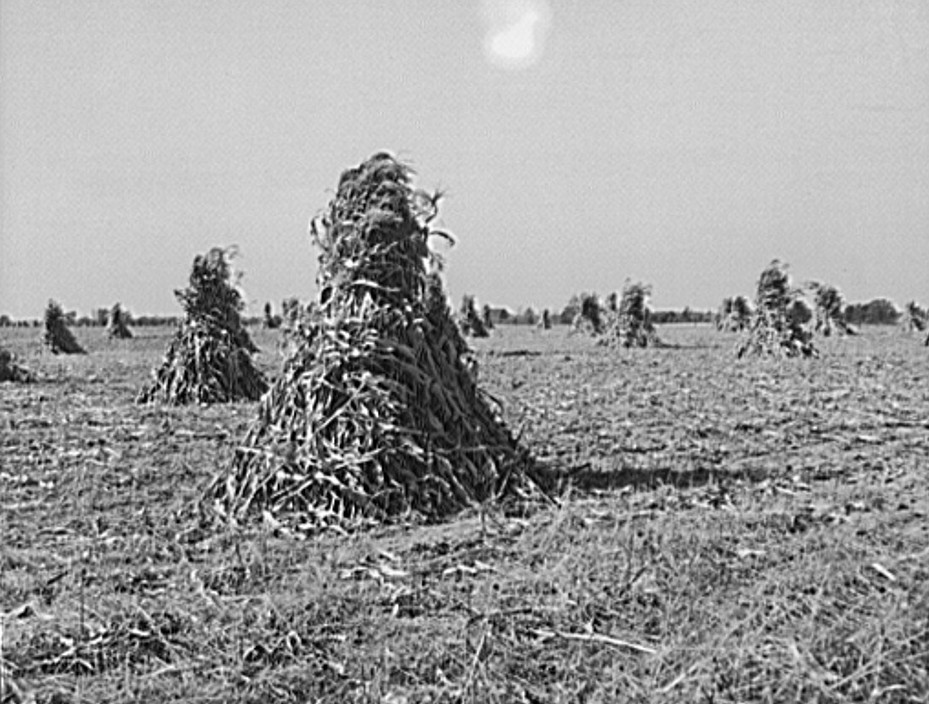 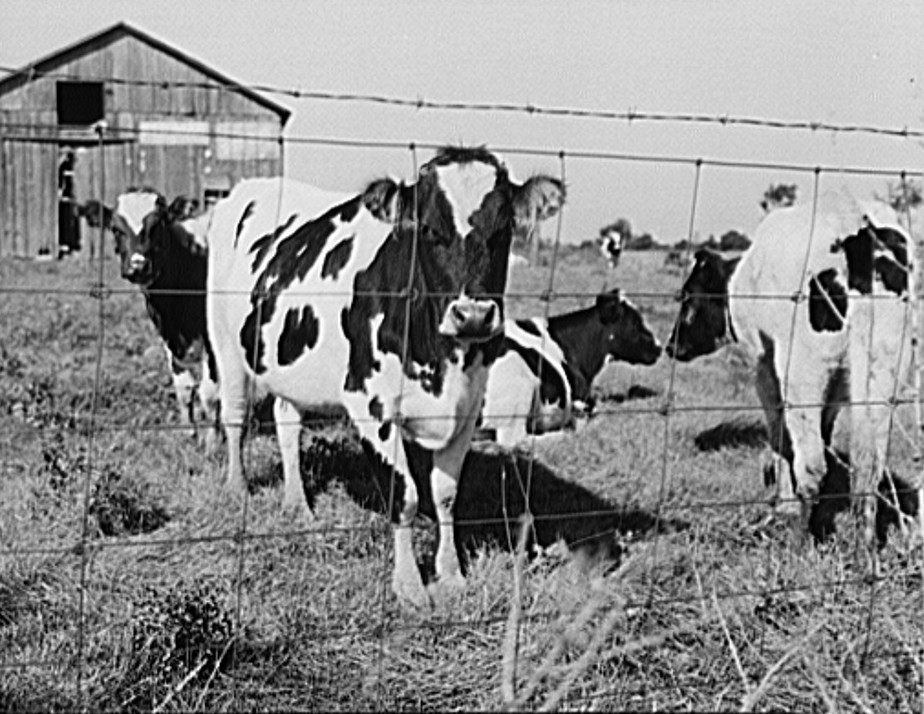 This is a barn on Sando Evanoff’s farm in Iron County, Michigan – Lee Russell photographer May 1937. 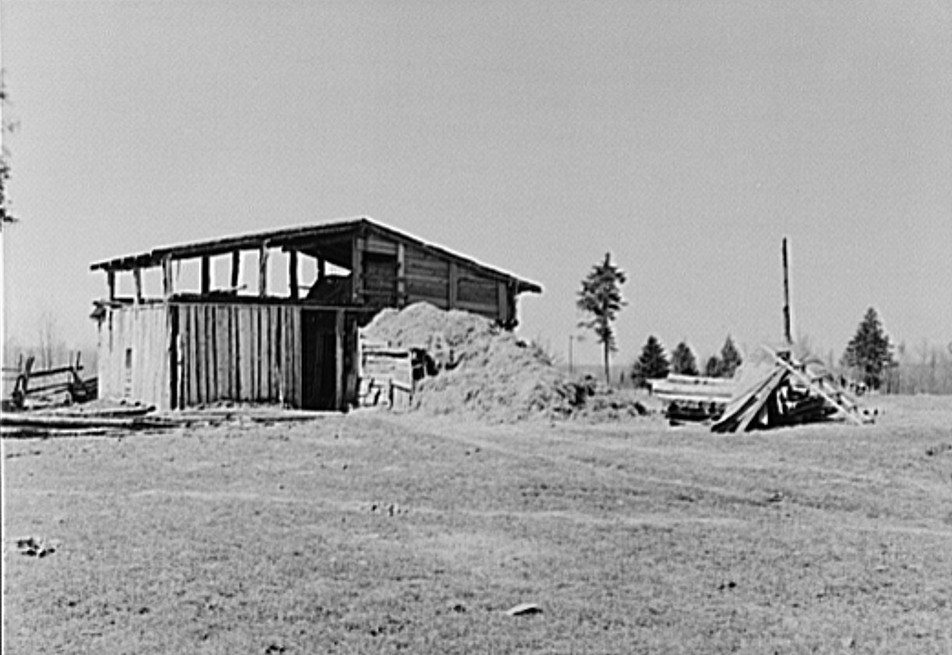 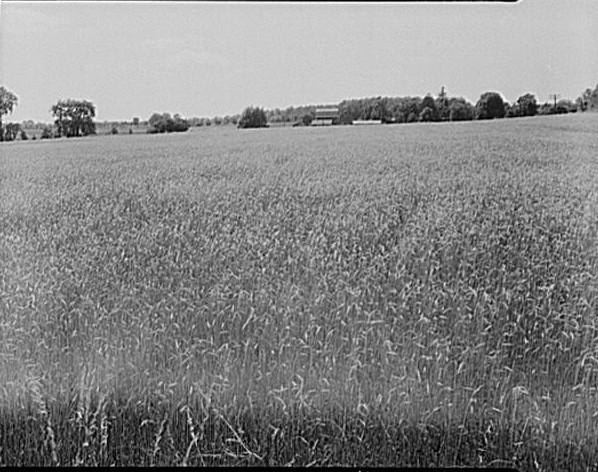 This is a soldier who was granted a furlough from the war in Jackson, Michigan so he could help with the harvesting on this farm with another farmer watching the threshing – photographer Arthur Siegel 1942 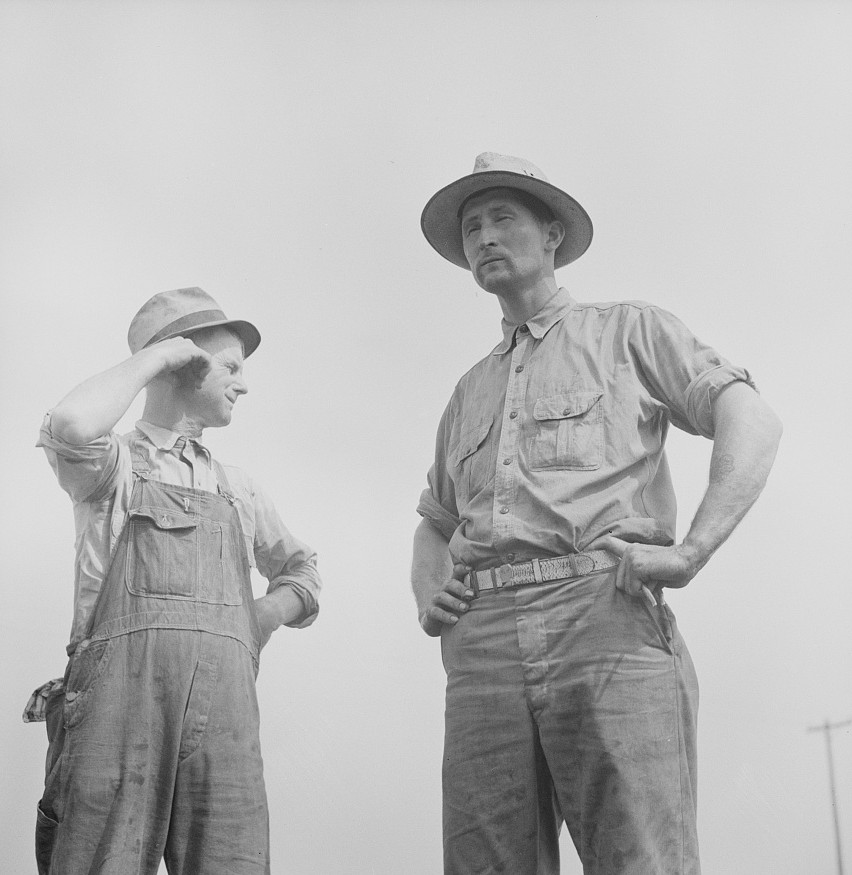 Plowing a field of a cut-over farm near Mansfield, Michigan – Lee Russell photographer May 1937 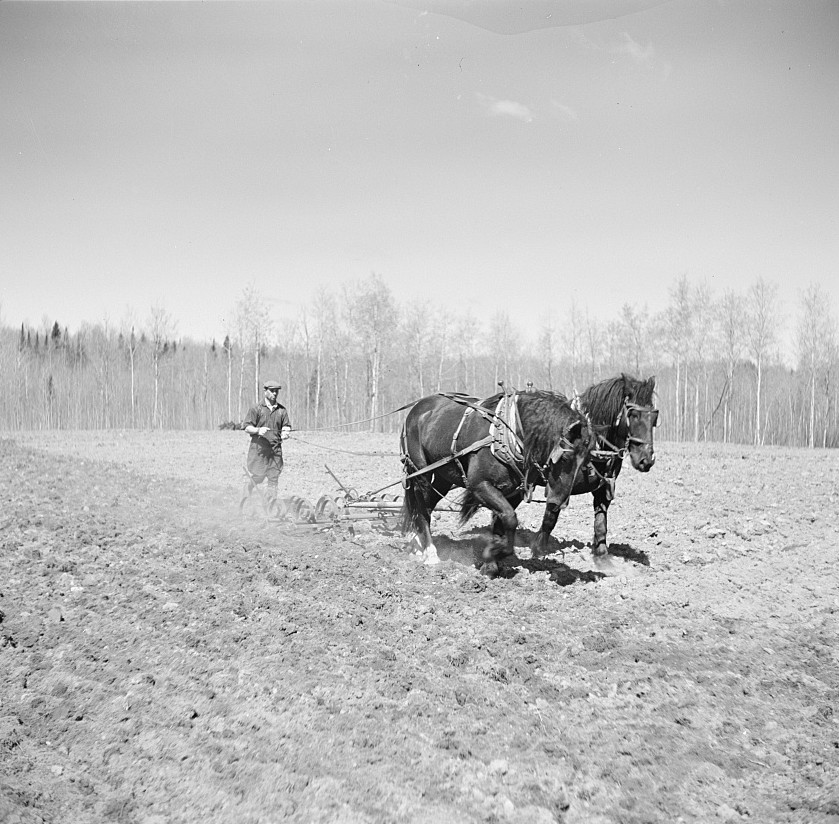 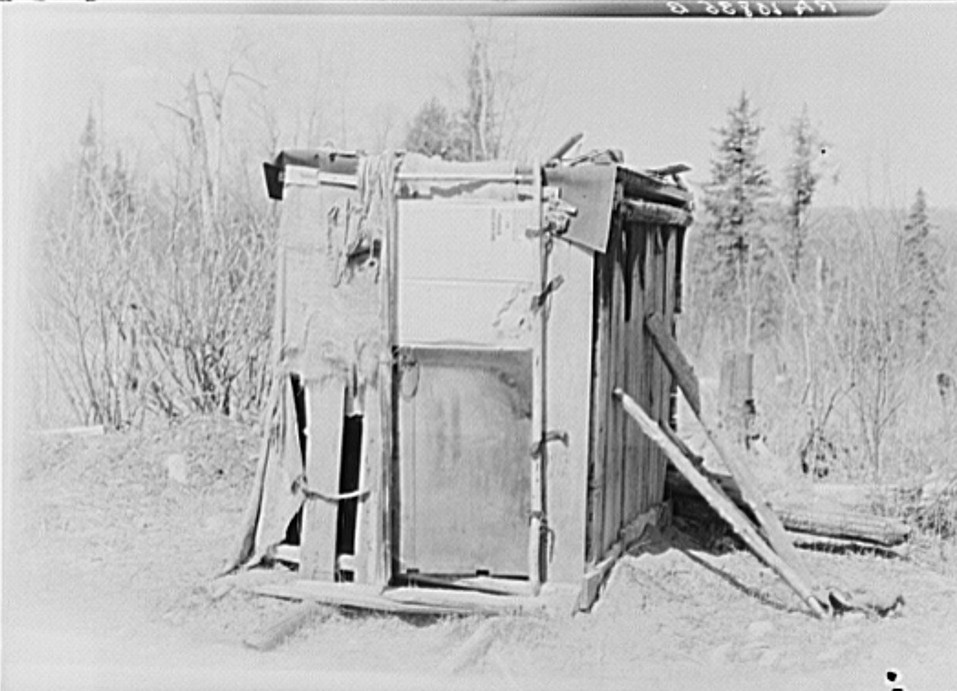 Farm boys in front of beer parlor in Finnish community of Bruce Crossing,Michigan relax on a Sunday afternoon in Aug. 1941 by photographer John Vachon. 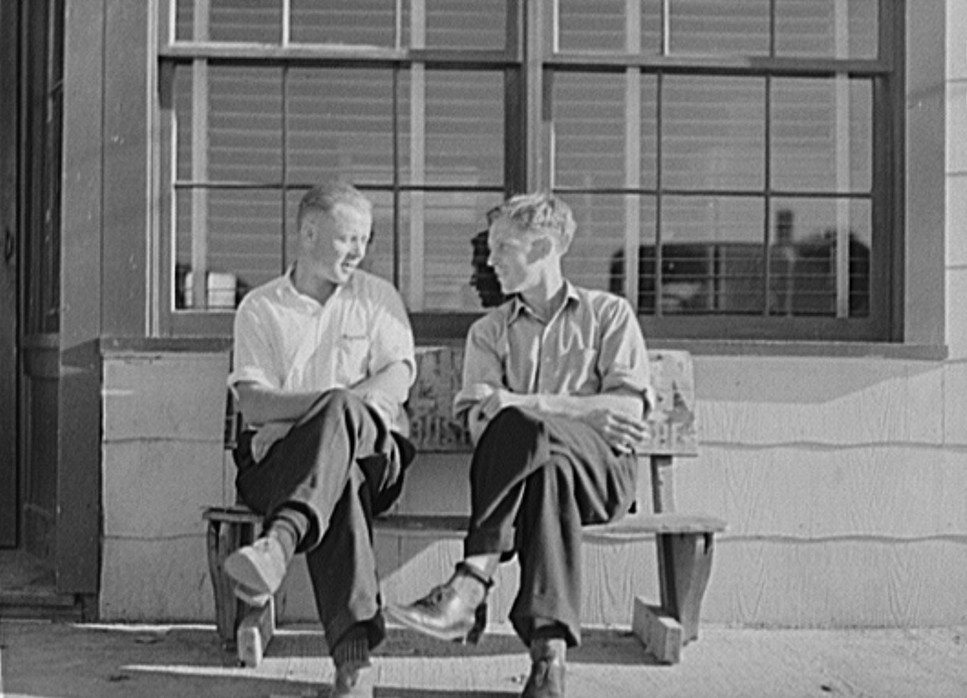