I love bears. Not the seven foot grizzlies that chase careless tourists for their picnic baskets, but the manmade fluffy varieties carried by firefighters to calm frightened children after trauma. 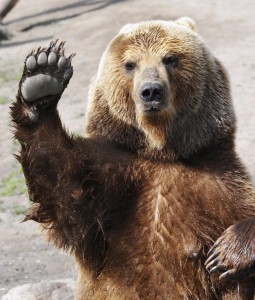 The kind teenagers leave on their pillows each day and the kind grandmothers rest their arthritic elbows on as they watch television. Little ones with velvet fur and huge ones with soft bushy fur. 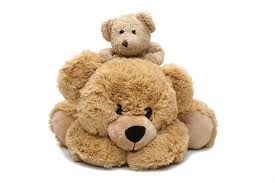 Several years ago I met a couple who gathered clothing, shoes, books, and toys to distribute to needy families on Indian reservations. When I volunteered to help gather the objects, I went to the source that would provide the most toys for the little amount I could spare from a Social Security check, a local thrift store that benefited charities.

The store I visit most often has a schedule that provides mark-downs after merchandise has been on the shelves for month. Each week new entries receive color price tags for that week. After the first weeks, items with a green tag would be reduced an added 30%, a blue tag would be 50%, and an orange tagged toy would be 70% off the original thrift price. A large teddy bear that had been $30 new might be marked $2.99 and could be purchased for $.90. 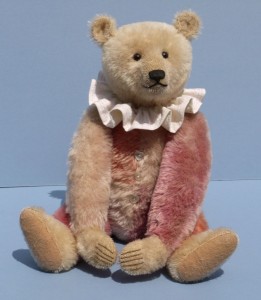 From September until the middle of December, I search the shelves, looking for the best values. There should be no visible damage, the bears should be washable and easy to dry, and should be attractive to youngsters. Sometimes those I liked least would be the most desired by the receivers. 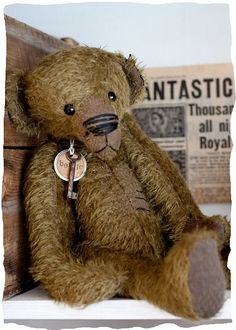 There were honey colored bears with round faces and round ears, chocolate colored bears in seasonal costumes, and soft black bears that looked like their live counterparts.  Some sat not taller than a man’s hand; others as large as a bed pillow. Each had a distinctive personality and was suitable for a child. 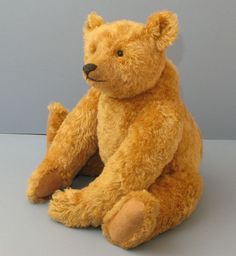 I set a limit of $20 on what I would spend each week. The chosen toys were taken home, stripped of unwashable attachments, and washed in cold water with a product that killed bacteria, viruses, mold, and mildew and left the fragrance of flowers. The second rinse held a double portion of fabric softener to leave the restored bear better than their first trip to Wal-Mart.  The bears  were dried on delicate setting in the dryer then were allowed to ride with me in a in a HOT   for a week to be sure that they were completely dry and ready to become a child’s best buddy.  Accessories were added to make each bear special.

Bears are bagged by the dozens and sent by my friends to their new owners.  Each was tagged with a letter that said.

I am a preloved bear,

chosen because I have so much love

to give to someone who wants a new friend.

I have been washed, sanitized,

and prepared especially for you.

I am unique, just as you are,

the one and only that is just for you.

I listen to secrets, but never tell.

Now choose a name for me.

Merry Christmas! Yeah, it’s not December, but preparing bears takes a while. If you pass a car with teddy bears stacked to the windows of the back seat, you can assume that this year’s crop is being given a ride to finish drying and soak up a little more loving before moving on to their new homes.

Gatlinburg – have you ever had an experience like this?