This story by Alabama Contributing Author, Joyce Ray Wheeler, written in 2012 will bring back memories!

When my ears are bombarded with discussions of Facebook, googling, and twittering; when I read that parents should be aware of the text messaging on their children’s cell phones— then I feel so blessed that my childhood was in a different generation.  My children also were spared the hours and hours dedicated to sitting all hunched over with eyes riveted on some electronic game.

The games I remember best involved several children, often divided into teams and always played outside in good fresh air.  Among my favorites was skipping rope while chanting funny rhymes as we jumped.

Skipping rope in the 1950’s (from Life Magazine) 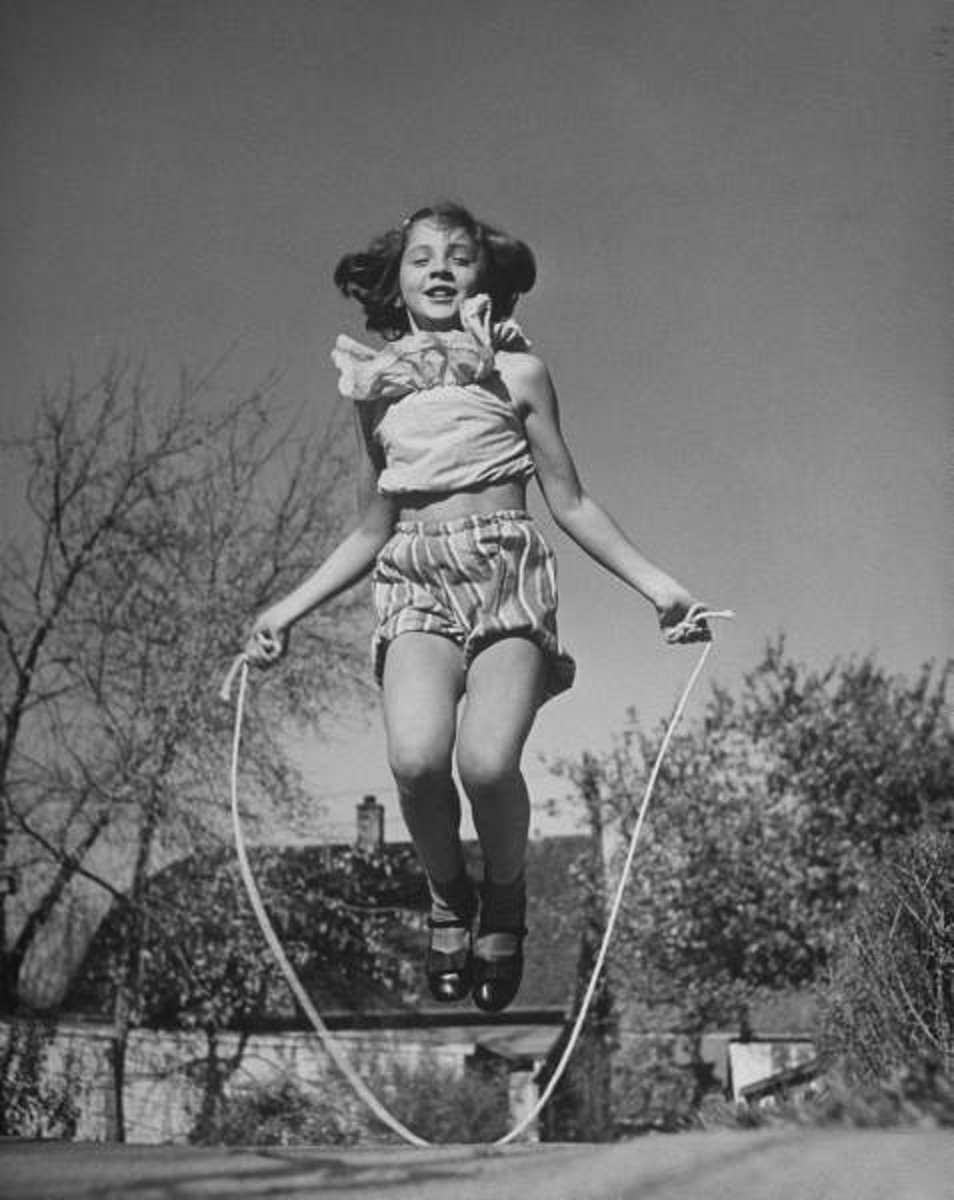 Some games we played

Then there was “Farmer in the Dell.”  A circle was formed with one child in the center representing the farmer.  Others in the game joined hands and marched around singing  “The farmer takes a wife— the wife takes a child —the child takes a dog  —etcetera, until finally  “The rat takes a cheese”  and the game ends  “ as the cheese stands alone.”

Other simple games were ”Drop the Handkerchief,”  “Follow the Leader”,  “Red Rover, Red Rover,” and  “May I”.   All of these required activity and exercise.

As we grew older and stronger  “ Tug of War” became popular.   Players were divided into two equal sides. A line was marked on the ground and each team took hold of opposite ends of a long, strong rope.  Each team attempted to pull the other side across the marked line.  The team which is pulled across loses the game.

Will You Please Just Go Out and Play!: Before Safety Helmets, Sunscreen, and play dates: Fun with Cod liver oil, lighter fluid, TNT salutes, and other delightful toys from the 1940s 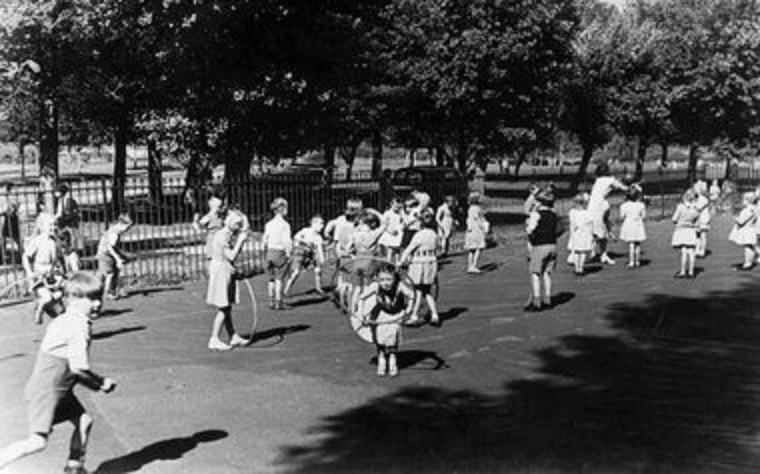 We also played “Hide and Go Seek.” This game needs at least four or five players. One player is named “It” and a tree or some other object is chosen as the “Base.”   “It” covers his eyes and counts to 100. While he counts, the other players go quietly and hide. You remember the details.  Now I would not say “Hide and Go Seek” was my favorite game, but it was certainly the most memorable because it could have ended tragically for me.

In the tiny town of my childhood, there were few little girls of my age.   There were four older girls (they were about 8 years old and I was about 5), but they allowed me to follow them around and participate in their activities occasionally. 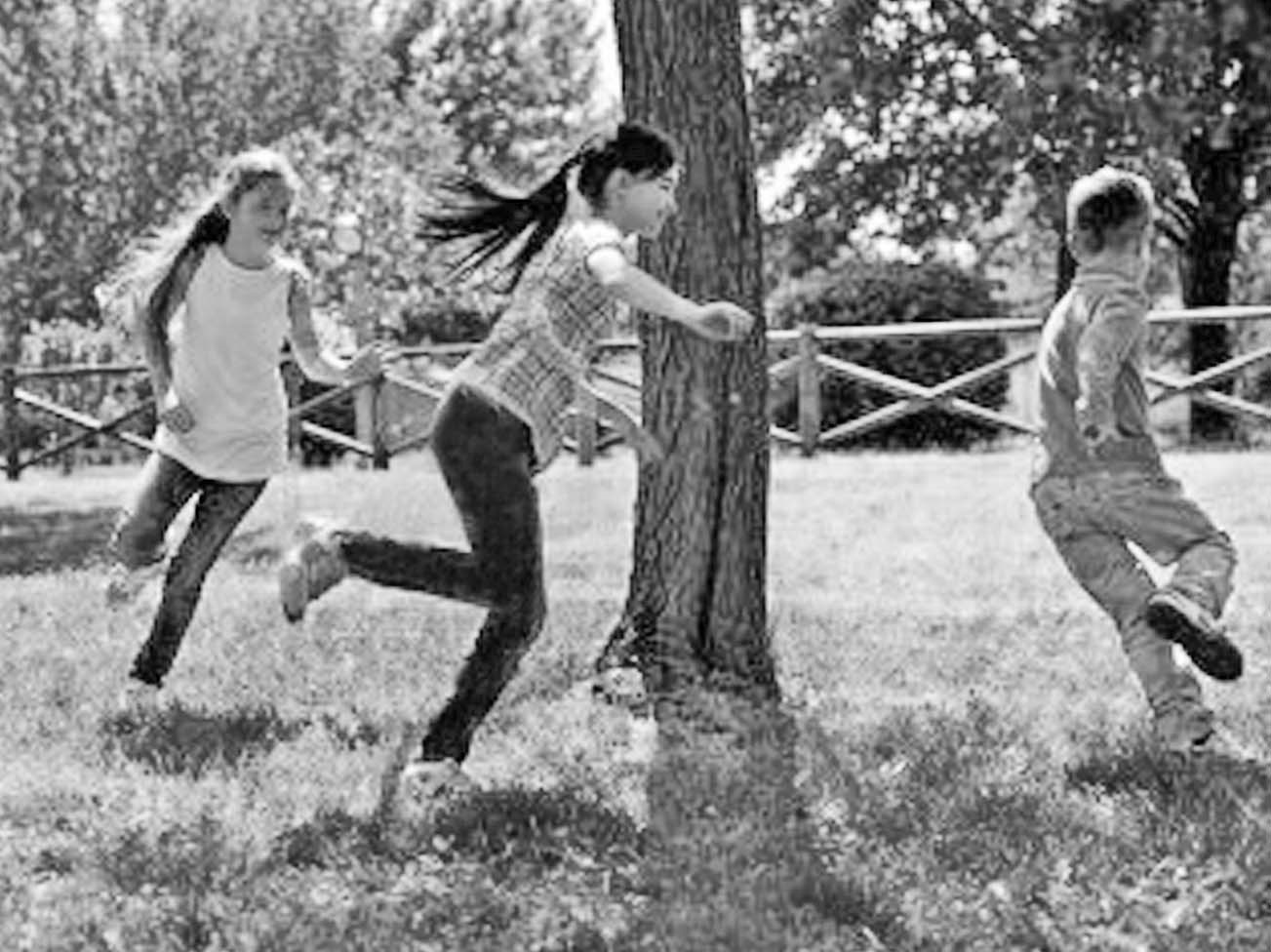 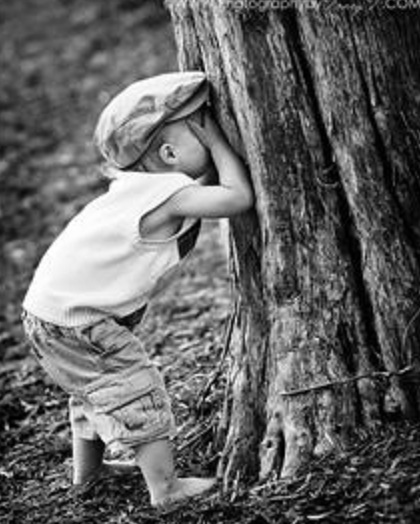 On one particular rainy day we were playing “Hide and Go Seek” indoors at one of their homes.  In an upstairs bedroom there was a wide chest of drawers.  The older girls pulled out the second drawer and lifted me into it.  They whispered that I was to lie down on my back and be perfectly quiet until I was found by “It.”  Then the girls hurried away to hide themselves.  As the game progressed, the girls totally forgot about me. I’m not sure how much time elapsed, but the game had ended, and they were in the middle of playing paper dolls when one of the girls dashed upstairs to rescue me!

Here I am 78 years later to tell my story—I’m still glad my childhood was filled with active fun and games!