The Old Pratt Mansion, located ten miles from Centerville, the county seat of Queen Anne’s County, Maryland, and just beyond the village of Ruthsburg, was later occupied as a county almshouse.

The first colonist who owned the ground upon which this house stands was Christopher Cross Routh, who accumulated much personalty and a wide extent of landed property in his lifetime. In his will, dated February 17, 1775, which was made one year before his death, he named Henry Pratt, his son-in-law. the beneficiary of his estate. 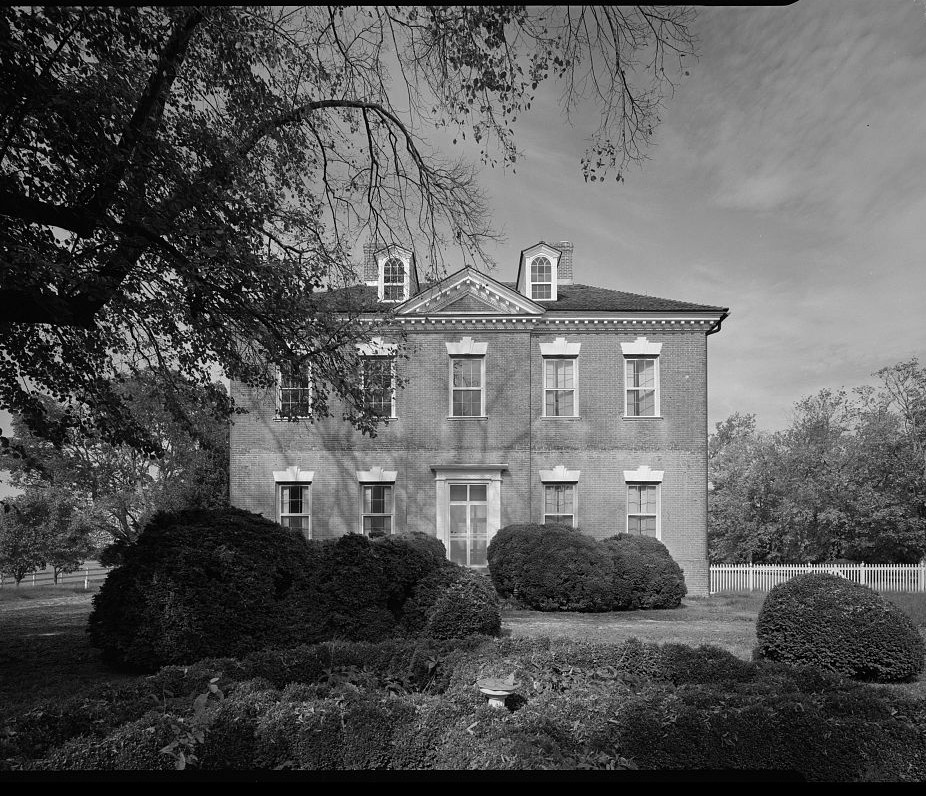 Henry Pratt and his son, also Henry Pratt, added many acres to the Routh holdings; it was said that they could drive seven miles in the direction of Centerville without getting off their own land. The Pratts were very patriotic during the Revolution, and they contributed largely of their means to further the interest of the Continental Army. 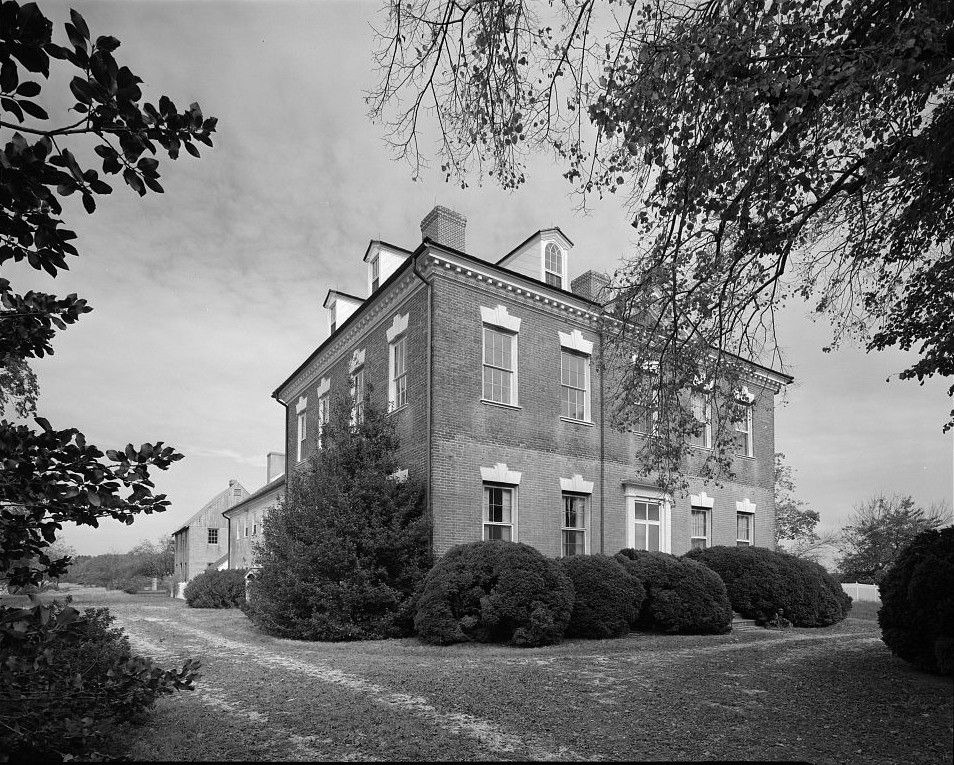 The Pratt’s also fitted out ships to trade with France during the War of 1812. This house was built prior to the issuing of the Declaration of Independence. Over the front door were thirteen stars, but it is not known just when these stars were placed there. 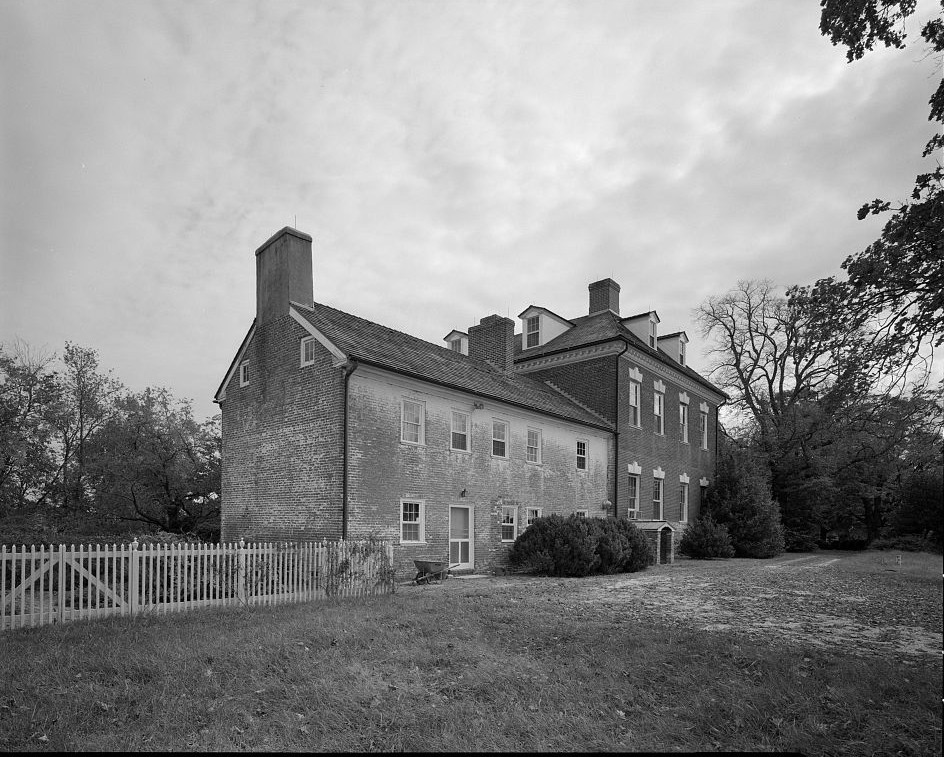 The house, from oral tradition, was some time in course of construction, but when it was completed a celebration was held which lasted three days and three nights. The guests came from Kent, Caroline, Talbot, and Queen Anne’s, and were entertained in the mansion house and by neighboring planters. Fox hunting, horse racing, dancing, feasting, and the whole round of rural pleasures were extended their guests by the Pratts. Coach driving with wild colts, as well as high-bred horses trained to harness, was a popular sport in those days and was especially enjoyed by Henry Pratt. 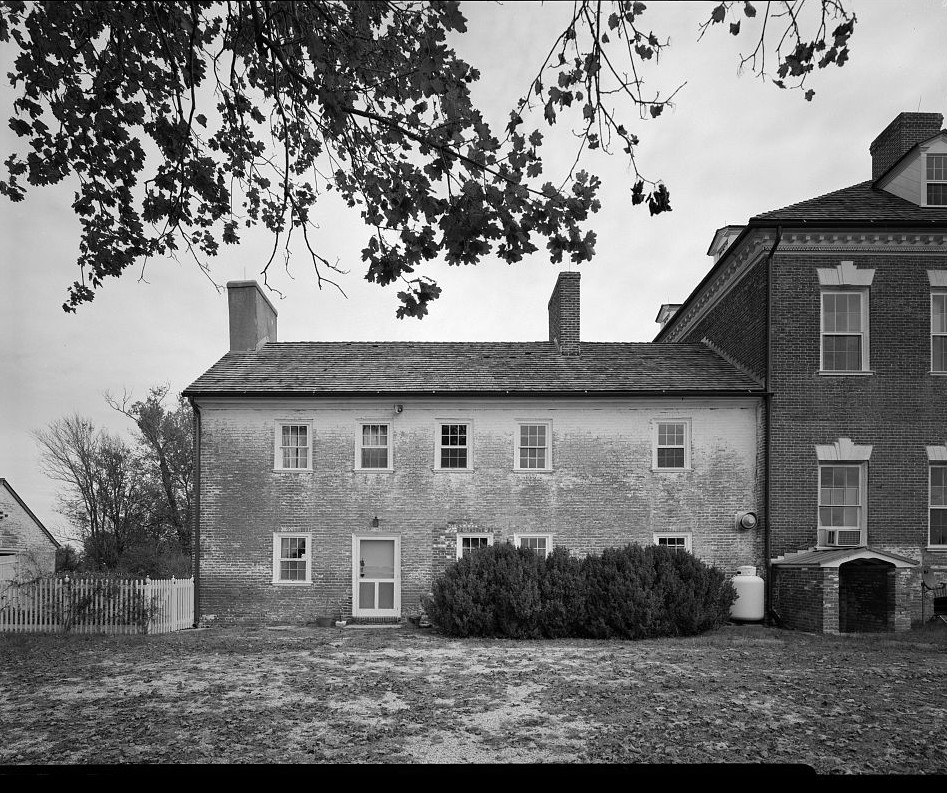 The mansion house was exquisitely furnished. Mahogany, cut glass, and silver were brought from England and much of it is now in existence in the county and can be traced as once gracing the “Old Pratt Mansion.”

View of 1892 almshouse and outbuilding from southwest. – Pratt Mansion 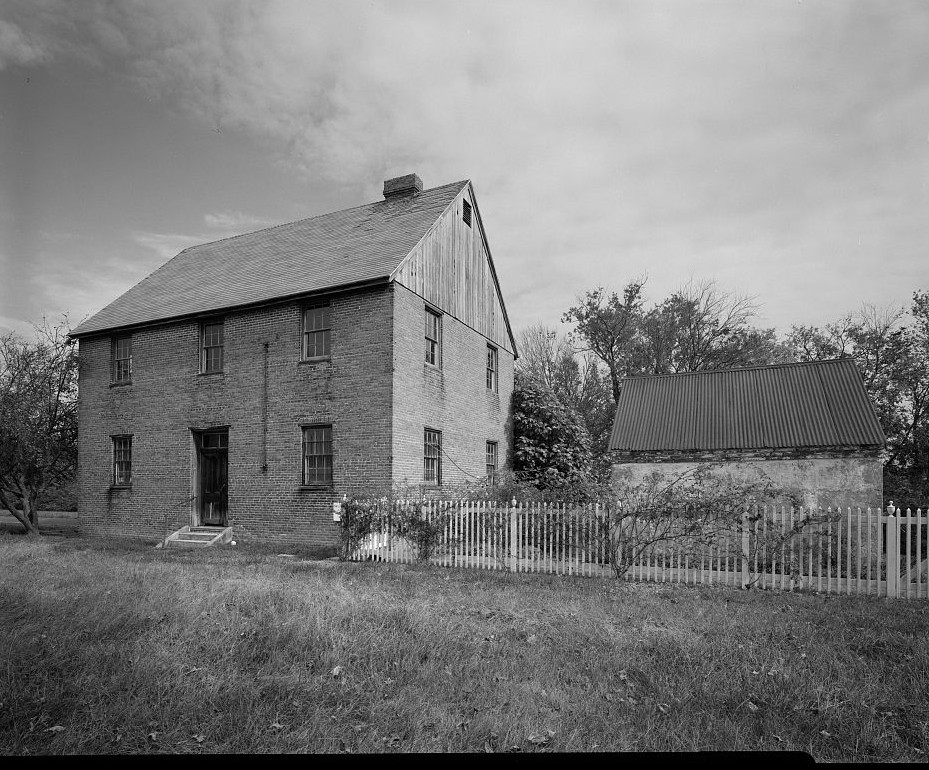 Henry Pratt died in 1783, and his son, who succeeded to the property, lived until about 1809. The third Henry Pratt who owned the estate was a lavish spender and seemed to have missed inheriting his ancestors’ ability to acquire and hold property. About 1832 the place passed from his hands and was purchased by the county, and used as the county almshouse. 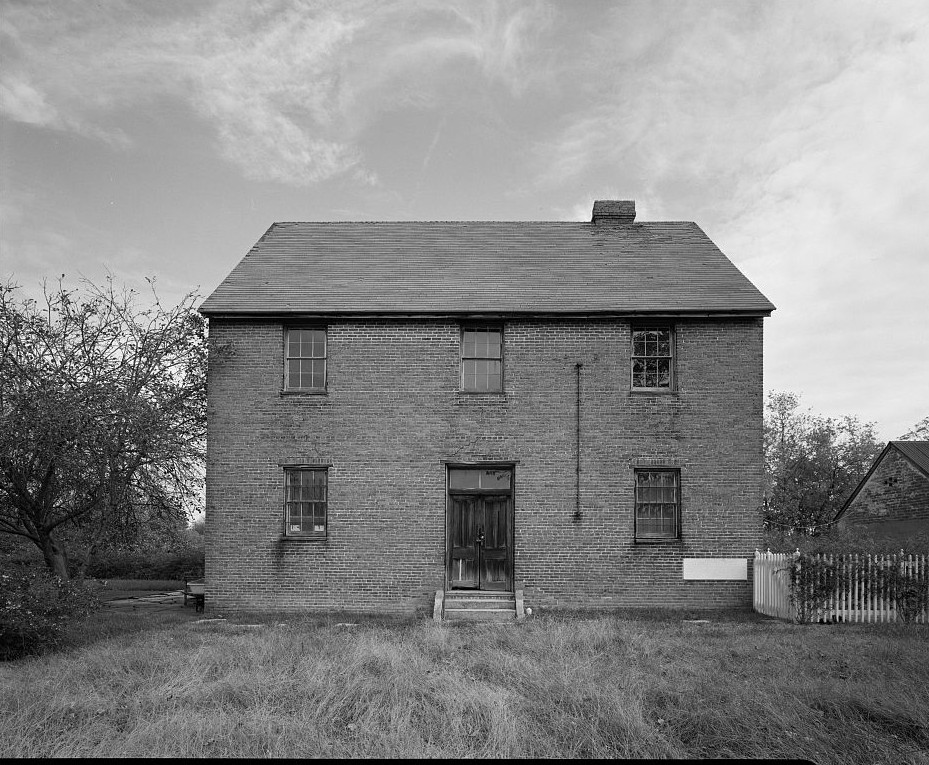 There had been erected in this house what is called a “sounding post”—a contrivance with a vacuum arrangement which carried the sound of a whisper made in the hall below to the bedroom of the owner. Before the last Henry Pratt vacated the property he declared that nobody else should have the advantage of this contrivance, so he pulled out his pistol and shot a bullet through the post and the bullet hole could be seen in what remained of the post at the time.

View of 1892 almshouse and outbuilding from east/southeast. – Pratt Mansion 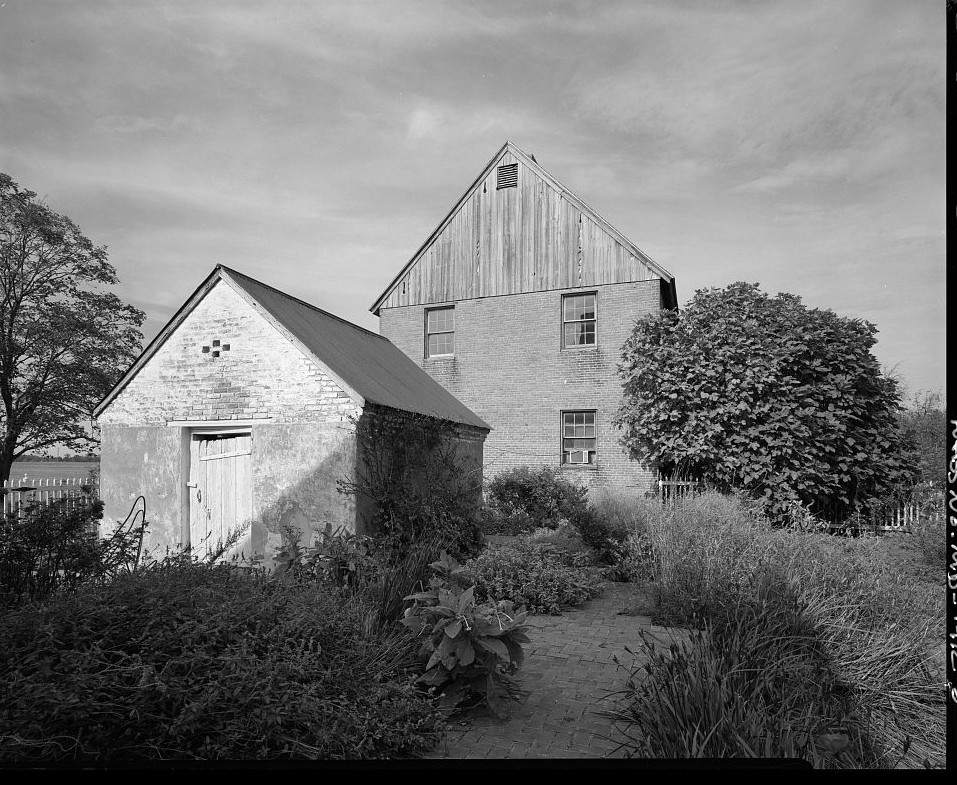 Ellen Pratt, daughter of the last owner, was born and married to Madison Brown in this house. She was the mother of Congressman John B. Brown, Judge Edwin H. Brown, Rev. Joel Brown, and Mrs. James Bordley, wife of the late Dr. James Bordley, of Centerville. 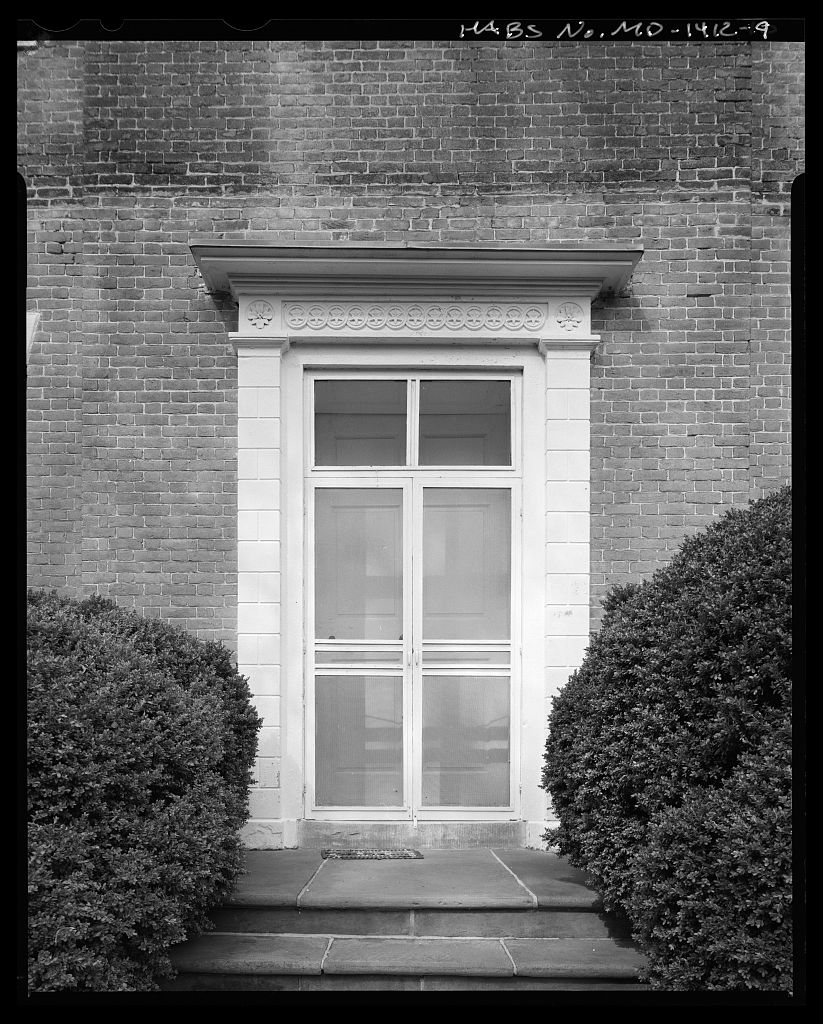 Descendants of the original board of trustees of this county institution of Queen Anne’s served on the board, and the trustees were James Brown, president; W. H. Gibson, vice-president; William McKenney, secretary and treasurer; C. P. Merrick, James T. Bright, Frank A. Emory, R. B. Carmichael, J. Frank Harper, Samuel A. Wallen and James E. Kirwan. Edwin H. Brown, Jr., as counsel, and William Jester, superintendent. 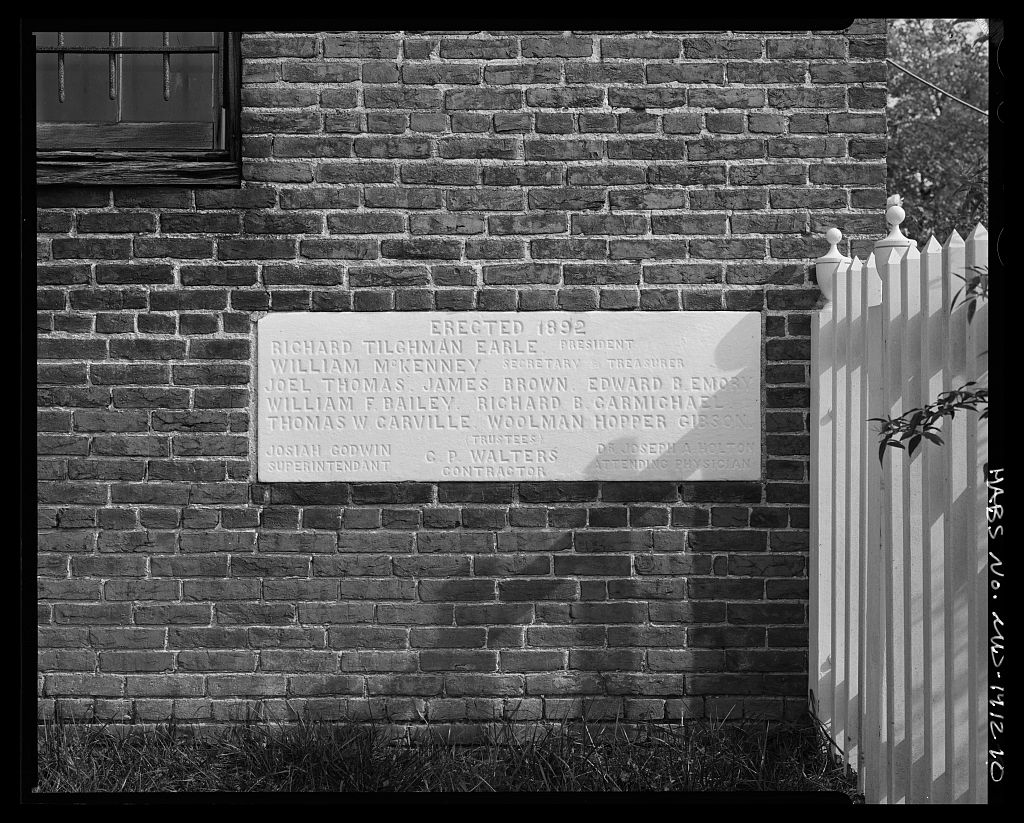 More photographs (including the interior) and detailed information of the Pratt mansion can be found at. MSA,Maryland.gov