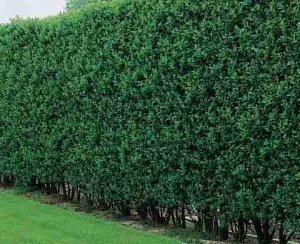 I hate privet hedges. In the mid 1900’s privet hedges were used in southern landscapes as cheap fences. A row of bushes 3 feet apart would soon grow into a dense barrier. If untamed they might grow 15 feet high and serve as a windbreak or feeding station for birds unlucky to be stuck in Alabama during the winter.

Mama Annice found them as an effective source of deterrent to negative behavior. The hedge that separated our front yard form the back was a row 30 feet long and maintained at a height of 32 inches with shears operated by youngsters who were aware of the punishment that could be dealt out by too long branches that could be used as switches.

They did switch off rebellious attitudes, sibling fights, and various mischievous endeavors.

Even when Mama was in her 80s great grandchildren knew that the skinny 30 in branch care stripped of leaves lying above the door frame was an enforcer of house rules. There would be no picking at younger kids or fighting, no tracking mud on a clean freshly mopped floor, and no backtalk in that house.

The bush nearest the house was allowed to grow longer to make switches available instantly. The worst time was when you were sent to get the instrument for punishment for your own misdeeds. The crafty kid who chose a switch under 20 inches would be sent back for a more persuasive size.

This served to heighten the drama for the unrepentant, as well as provide a warning for those who had their own plans for mutiny. 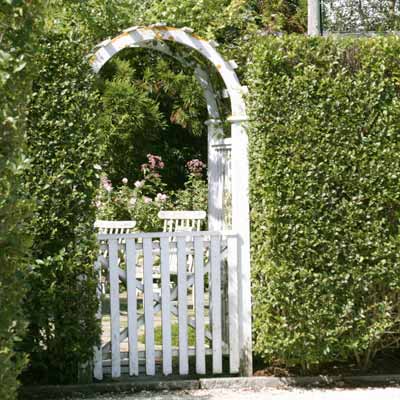 No one ever said wait until your father gets home. Swift and certain were deemed to be the most effective way of maintaining discipline and keeping order. Back then no one ever thought of saying, “You’re not my mother!”

If you were at her house and guilty you shared the verdict. Parents loved to send their kids down to our place for a week. They would be well fed, get plenty of sunshine and fresh air, a lot of genuine affection, and new, more positive ways of behaving. So they had a purpose. The birds ate the berries. Boundaries for front and back were established and weekly chores with clippers gave us a little chance for shorter, softer switches.

Now privet, Wisteria vines, and Bradford pears are taking over my yard and garden and are blocking my view of the highway. Anyone need a cheap growing fence? With behavior modification potential?

“Would you like to know Thomas Jefferson’s recipe for Vinegar of the Four Thieves or how to make Ox Tail Soup? Read VINEGAR OF THE FOUR THIEVES: Recipes & curious tips from the past