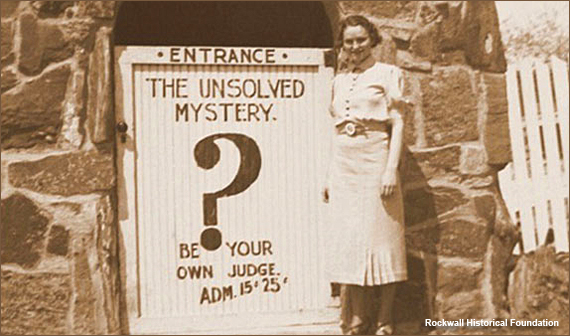 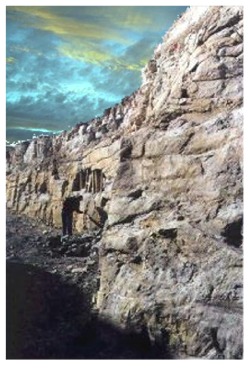 Rockwall, Texas, mentioned in a recent article, is the county seat of Rockwall County.  Located at the intersection of State highways 66 and 205, it is a town shrouded in mystery. The town name of Rockwall comes from a geologic formation in the town.

“A stone archway on private property a few block west of the town square is all that remains visible, and even that is overgrown by vines and brush.” In 1949, the archway got filled in with dirt and forgotten.

The first Anglo-Saxon family to settle in the area of Rockwall arrived in the 1840’s. The Boydstun family of Illinois settled on a 572-acres near the East Fork of the Trinity River and shortly afterward a number of settlers followed. In 1852, a Baptist church was established and two years later Elijah Elgin donated forty acres on a hill above the East Fork in the Trinity River to establish a town. 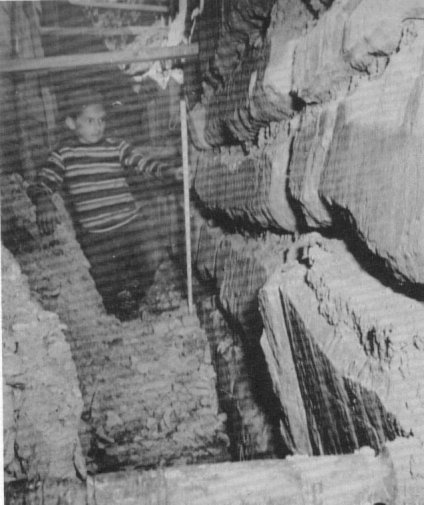 The town was established April 17, 1854 and named after these rock walls.

In 1886 the Missouri, Kansas and Texas line reached Rockwall, and it became a shipping point for cotton, wheat, and corn. The population was 37,490 at the 2010 census and Rockwall County is now the third wealthiest county in the state of Texas.

Apparently, in 1886, renewed interest in the rock wall accelerated with according to The Rock Wall Phenomenon , an article  was reported on Friday, May 28, 1886, by the Rockwall Success, Rockwall County’s first newspaper.

“The greatest wonders that we have to record this week is the finding of a petrified human skull. While at work last Saturday, Ben Burton unearthed with his plow, a gigantic skull, fully as large as a halfbushel. The staring sockets wherein the eyeballs once rolled, were as large as a half-gallon cup.

Dr. Wiggins thinks it the skull of some ante-deluvian giant, that would have weighed at least 1000 pounds. Any one wishing to see this mammoth skull, can do so by calling at The Success office, as Mr. Burton says he will leave it there for inspection. –– Sam Slick”

Spades, picks, and axes were plentiful and in use. Mr. W. R. Grier might have been seen pounding the ground with a huge hammer, and intently listening after each successive blow, when he was heard to call out, “This way boys!” There was a general rush to his position. “Listen Boys,” said Grier as he brought the hammer down with a heavy thump on a large flat rock.

This raw film footage from investigator shot in 1998, is of a group of investigators, including a geologist and mechanical engineer discussing their research and excavation of the mysterious rock wall.

3 Responses to Rockwall, Texas – Inhabited by giants before Noah’s flood? Here is the real story

Pretty girls cause all the trouble in the world?
In WWII – Instructions in military journals were often humorous like these
Don't miss the stories, get a daily dose of history