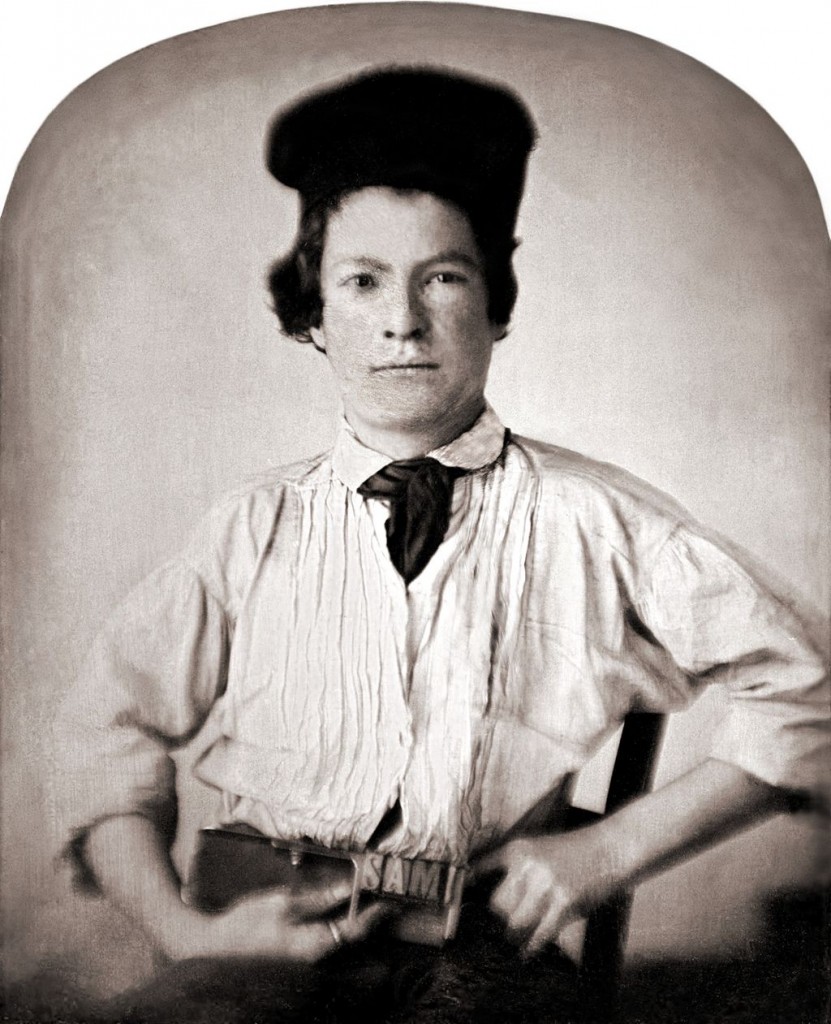 Samuel Langhorne Clemens (November 30, 1835 – April 21, 1910), better known by his pen name Mark Twain, was an American author and humorist. He wrote The Adventures of Tom Sawyer (1876) and its sequel, Adventures of Huckleberry Finn (1885), the latter often called “the Great American Novel”. 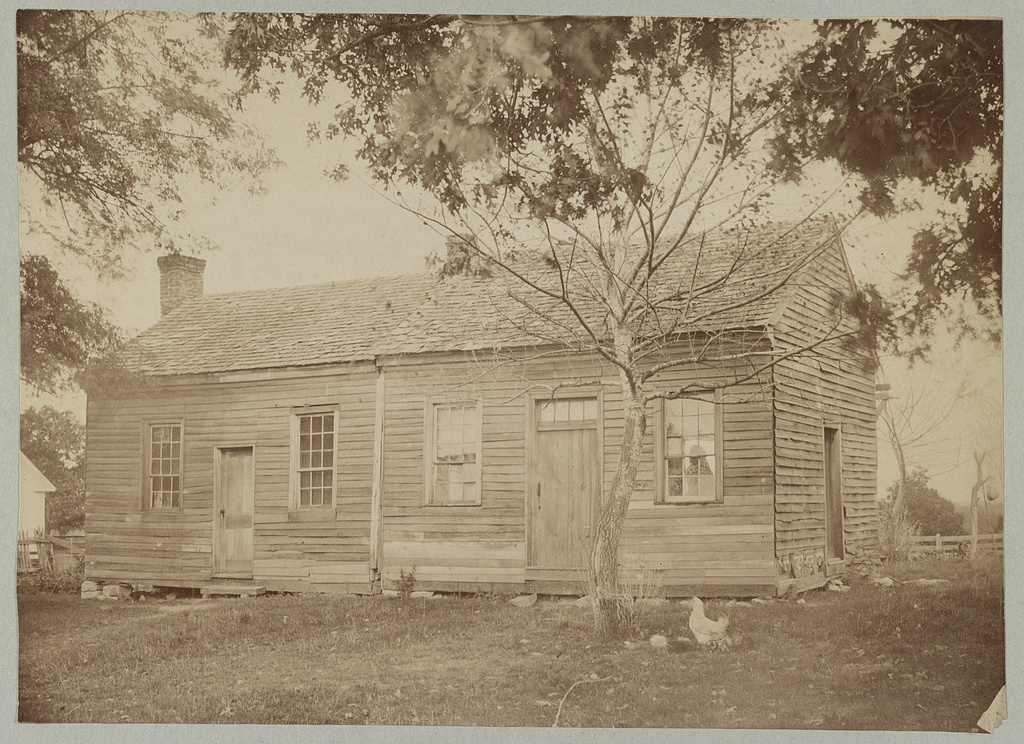 Mark Twain at his birthplace ca. 1900 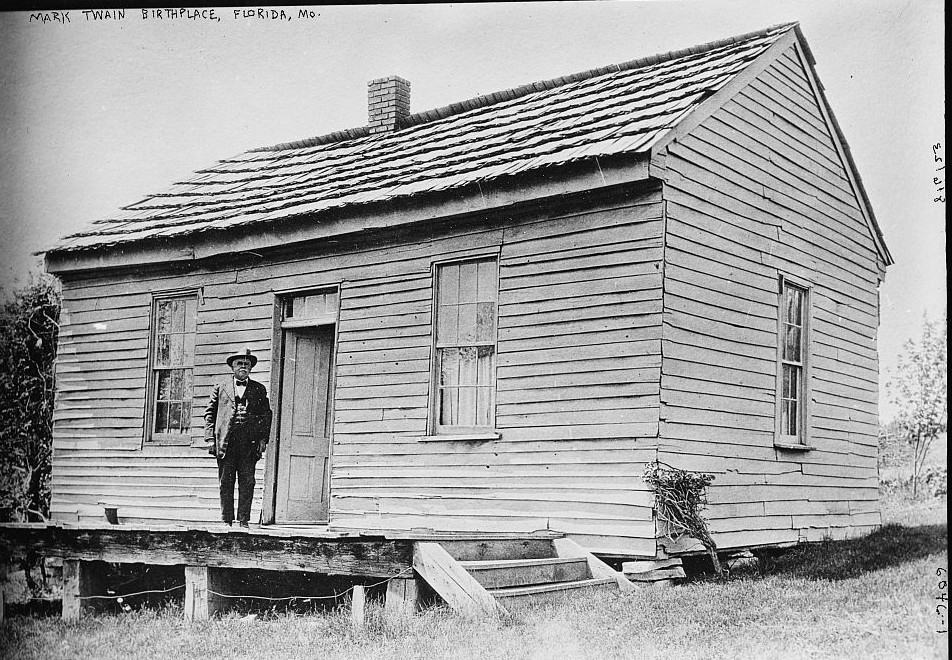 When he was four, Twain’s family moved to Hannibal, Missouri, a port town on the Mississippi River that inspired the fictional town of St. Petersburg in The Adventures of Tom Sawyer and Adventures of Huckleberry Finn. Missouri was a slave state and young Twain became familiar with the institution of slavery, a theme he would later explore in his writing. Twain’s father was an attorney and judge. 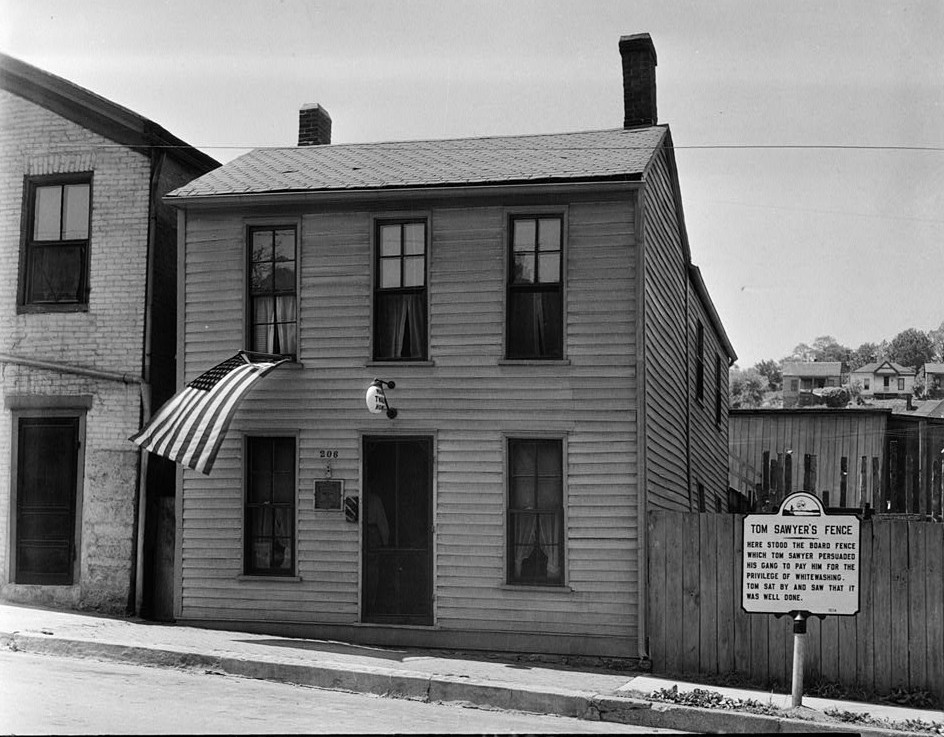 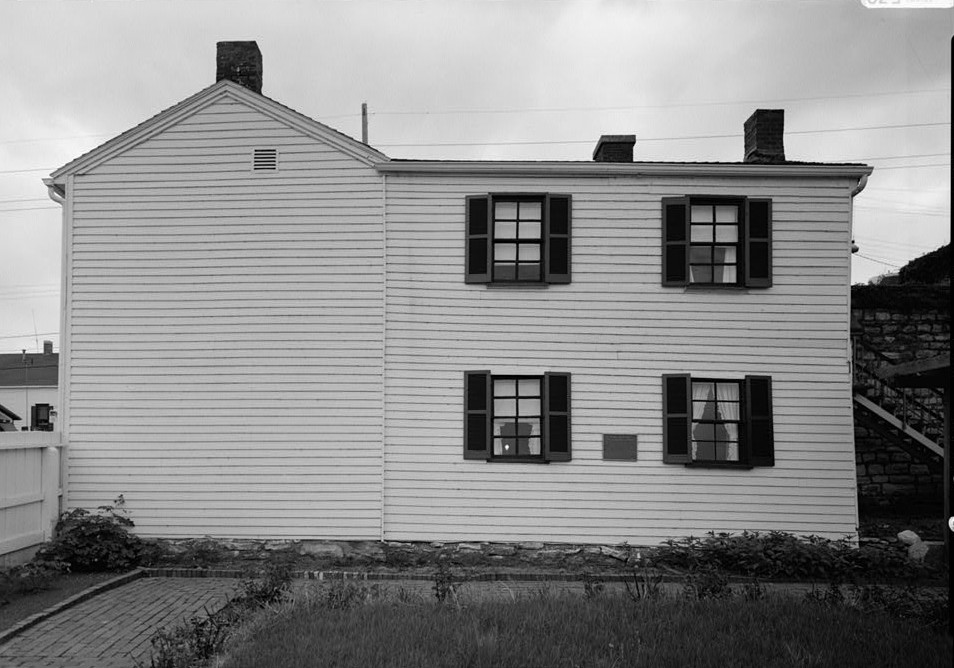 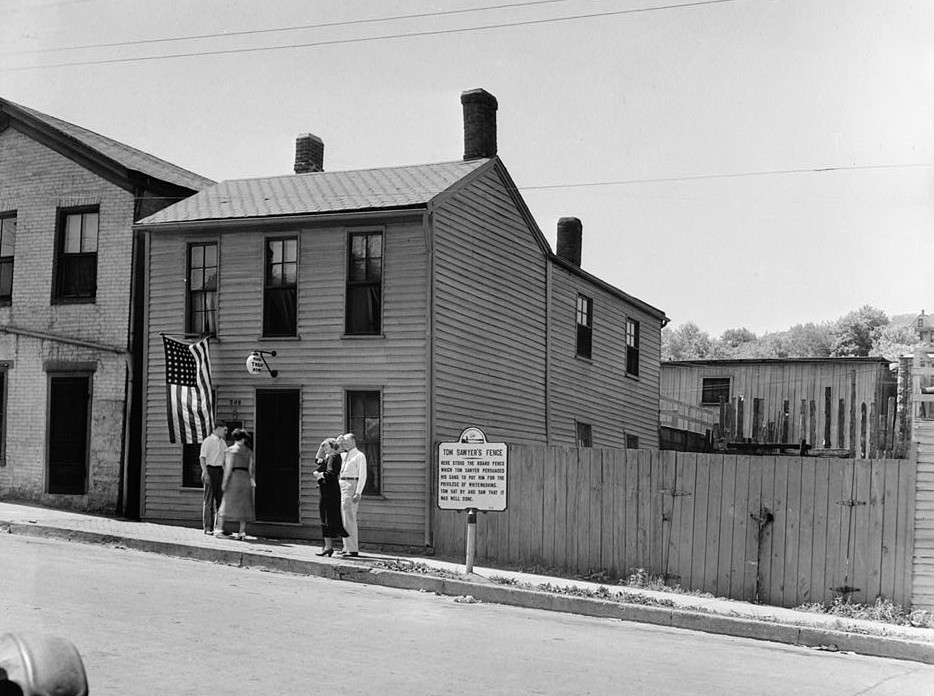 In 1847, when Twain was 11, his father died of pneumonia. The next year, he became a printer’s apprentice. In 1851, he began working as a typesetter and contributor of articles and humorous sketches for the Hannibal Journal, a newspaper owned by his brother Orion. When he was 18, he left Hannibal and worked as a printer in New York City, Philadelphia, St. Louis, and Cincinnati. He joined the newly formed International Typographical Union, the printers union, and educated himself in public libraries in the evenings, finding wider information than at a conventional school. Clemens came from St. Louis on the packet Keokuk in 1854 and lived in Muscatine during part of the summer of 1855. The Muscatine newspaper published eight stories, which amounted to almost 6,000 words. 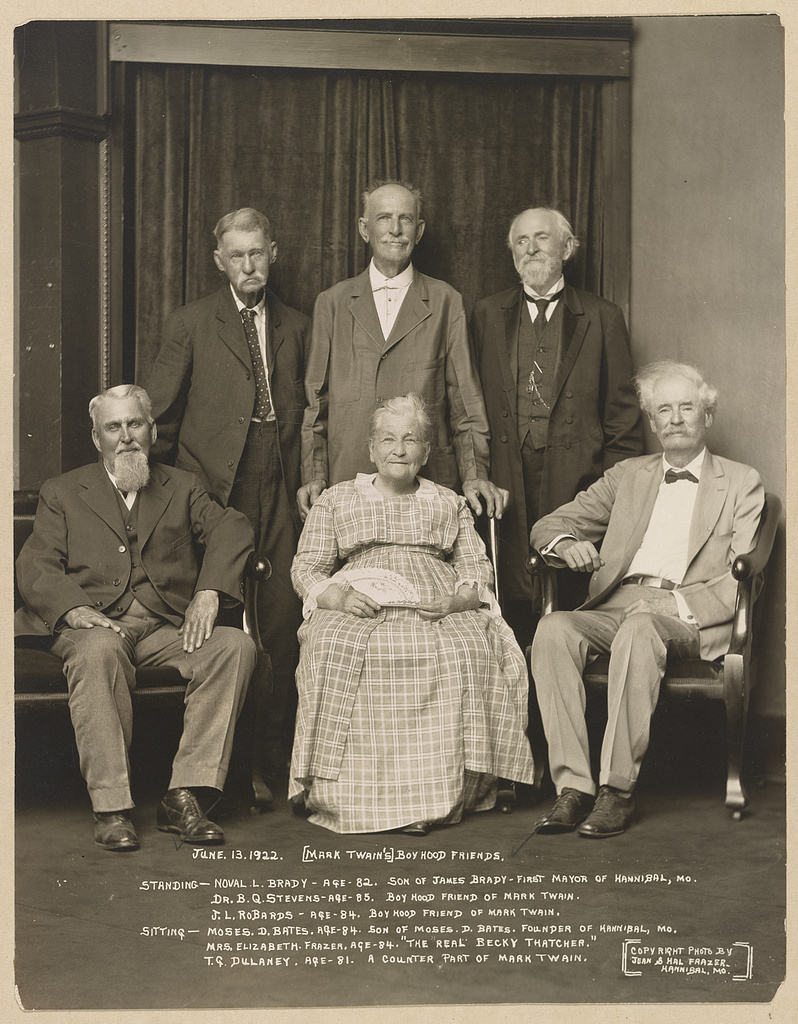 At the start of the Civil War, Twain enlisted briefly in a Confederate local unit. He then left for Nevada to work for his brother, Orion Clemens, who was Secretary of the Nevada Territory, which Twain describes in his book,Roughing It. Twain later wrote a sketch, “The Private History of a Campaign That Failed”, which told how he and his friends had been Confederate volunteers for two weeks before disbanding their company.

Twain moved to San Francisco, California, in 1864, still as a journalist. He met writers such as Bret Harte and Artemus Ward.

In 1867, a local newspaper funded a trip to the Mediterranean. During his tour of Europe and the Middle East, he wrote a popular collection of travel letters, which were later compiled as The Innocents Abroad in 1869. It was on this trip that he met his future brother-in-law, Charles Langdon. Both were passengers aboard the Quaker City on their way to the Holy Land. Langdon showed a picture of his sister Olivia to Twain; Twain claimed to have fallen in love at first sight.

Throughout 1868, Twain and Olivia Langdon corresponded, but she rejected his first marriage proposal. Two months later, they were engaged. In February 1870, Twain and Langdon were married in Elmira, New York, where he had courted her and had overcome her father’s initial reluctance.

Mark Twain others in background ca. 1900 by Bain News Service 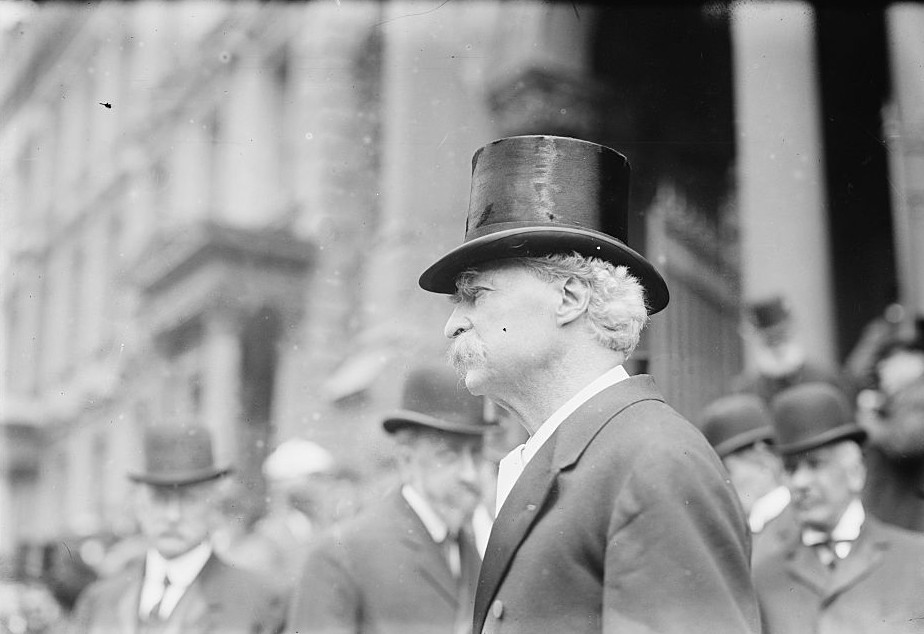 Twain moved his family to Hartford, Connecticut, where starting in 1873 he arranged the building of a home. In the 1870s and 1880s, Twain and his family summered at Quarry Farm, the home of Olivia’s sister, Susan Crane. In 1874, Susan had a study built apart from the main house so that her brother-in-law would have a quiet place in which to write. 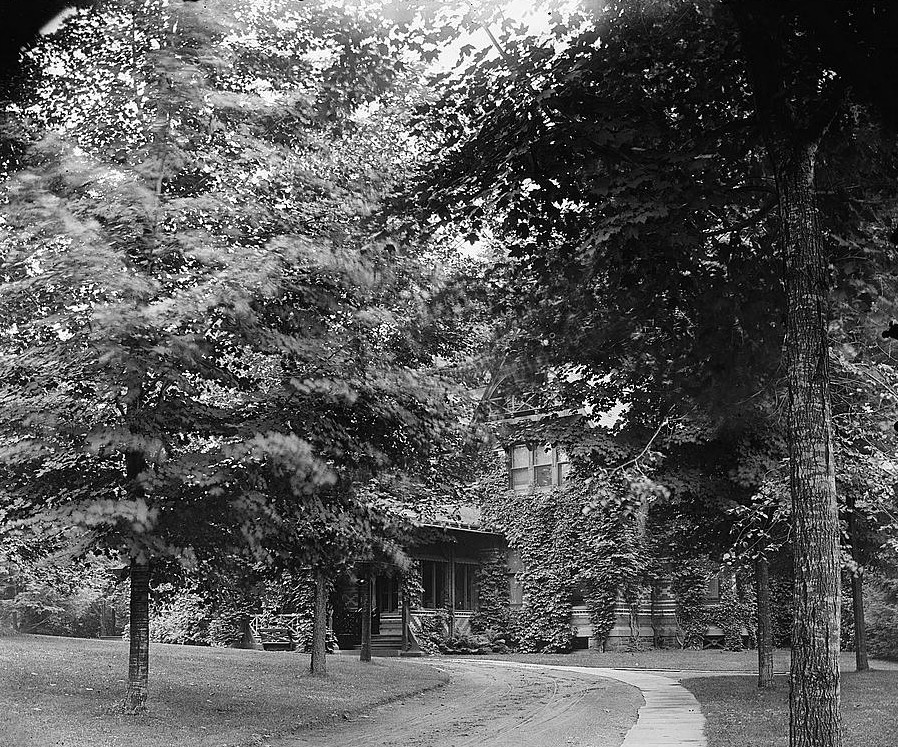 Twain passed through a period of deep depression that began in 1896 when his daughter, Susy, died of meningitis. Olivia’s death in 1904 and Jean’s on December 24, 1909, deepened his gloom. On May 20, 1909, his close friend Henry Rogers died suddenly.

I came in with Halley’s Comet in 1835. It is coming again next year, and I expect to go out with it. It will be the greatest disappointment of my life if I don’t go out with Halley’s Comet. The Almighty has said, no doubt: ‘Now here are these two unaccountable freaks; they came in together, they must go out together’.

His prediction was accurate—Twain died of a heart attack on April 21, 1910, in Redding, Connecticut, one day after the comet’s closest approach to Earth.

“Mark Twain gave pleasure – real intellectual enjoyment – to millions, and his works will continue to give such pleasure to millions yet to come … His humor was American, but he was nearly as much appreciated by Englishmen and people of other countries as by his own countrymen. He has made an enduring part of American literature.” 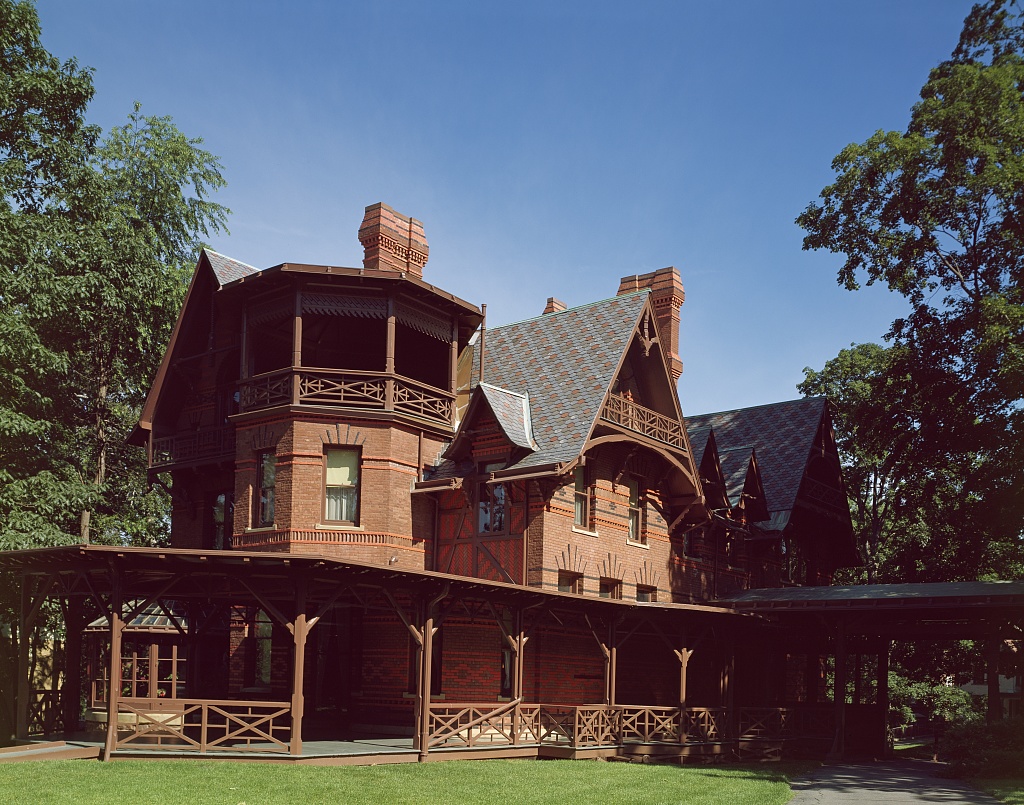 Did you know that religious persecution occurred in early America? Read about it in this historical series by author Donna R. Causey