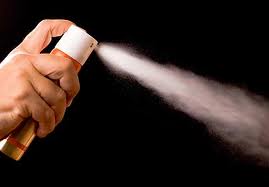 A man had stopped his car and was on his knees crying beside the road.  A woman saw him and ran up to him and asked “What is so terribly wrong”.  The man said “I tried to miss this rabbit but I hit it and I think I have killed it”.  The woman said “Just a minute” and ran to her car and brought back a spray can.  She sprayed the rabbit from one end to the other.  After a few seconds, the rabbit rolled over, stood up, hopped off a few yards, turned and waved a paw toward them and repeated the process again and again. The man asked the lady “What is in that can?”.  The lady turned the can so that the man could read the printing on it.  It read, HAIR SPRAY – REVIVES DEAD HAIR—PROMOTES PERMANENT WAVE.

Ben and Sally were in their porch swing remembering when they had first met over 75 years ago when they were in the first grade.  That schoolhouse had been preserved and was still in their neighborhood.  It was such a pretty day that they decided to walk to the old schoolhouse.  To their surprise the door was unlocked so they went in. 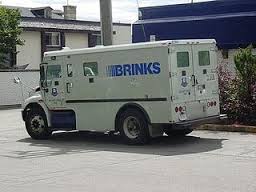 They easily remembered where they sat and found where Ben had carved ‘I love you Sally’.  They rested a while and started back home.  They were almost home when a Brinks money truck passed them and a bag of money fell out the back.  They picked it up and took it home.

Sally counted the money and announced that there was $35,000 there.  Ben said “We have to give this back”.  Sally said “I’m not giving this back” and proceeded to take it to the attic and hid it.

The next morning two police officers came to their door and knocked.  Ben went to the door and the lead officer asked if they could come in and talk.

Ben said “Yes, please do”.  The officer told them about the loss of money and asked if they knew anything about it.  Sally said “No, we don’t know a thing”!

Ben said “She’s lying, she put the money in the attic and hid it”.

At this point the officer interrupted Ben and said “We really appreciate your help today” and turning to the other officer he said “We are out of here”!

A beautiful lady with long dark hair took a drive into the country and came upon a sheep farm.  She drove all around the farm and then drove down the lane to the farmer’s house.

She complimented the farmer on his beautiful place and then asked “If I could tell you how many sheep you have in your entire farm, could I have one”?

The farmer was surprised by such a question but thought that there was no way this city person knew how many sheep he had and therefore agreed to the deal.

The farmer said “That’s right I do”.

The lady picked out one and was ready to leave.

The farmer said “Just a minute, if I could tell you what color your hair actually is, could I have my sheep back”.

The lady said “Well, I guess I owe you that, so go ahead and guess”.

The farmer said “You are actually a blonde”.

The lady was shocked and said “That’s right, but how did you know that”.  The farmer said “You picked out my dog”!

A frog goes into a bank and approaches the teller.  He can see from her name plate that her name is Patricia Whack so he says “Mrs. Whack I would like to get a loan and buy a boat and go on a long vacation.

Patty looks at the frog in disbelief and asked how much he wants to borrow.

The teller asked his name and the frog says that his name is Kermit Jagger, and that his Dad is Mick Jagger and he knows the bank manager.

Patty explains that $30,000 is a substantial amount of money and that he will need to secure some collateral against the loan.  She asked if he has anything he can use as collateral.

The frog says “Sure, I have this” and produces a tiny porcelain elephant about ½ inch tall, bright pink and perfectly formed.

Very confused, Patty explains that she will have to consult with the manager.  She finds the manager and says: “There is a frog called Kermit Jagger out there who claims to know you and wants to borrow $30,000, and he wants to use this as collateral”.  She holds up the elephant and says “What the heck is this?”

The bank manager looks back at her and says “It’s a knick knack, Patty Whack, give the frog a loan.  His old man is a Rolling Stone”.