Knuckle under means to give way or submit. The word knuckle in the 18th century,  was used used to mean ‘acknowledge oneself beaten; submit to another’s authority’ 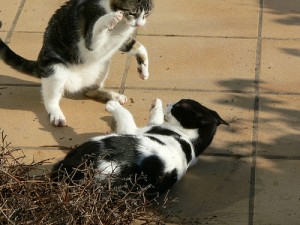 Dyche and Pardon, in their A dictionary of all the words commonly us’d in the English tongue, 1740, defined ‘knuckle’ like this:

“Knuckle or knuckle down: to stoop, bend, yield, comply with, or submit to.

‘Knuckle under’ was later coined in the USA, also with the same meaning.