Most people think it is because the hat will hold ten gallons, but as you can see by the large hats below, the most a large hat could hold would be a few quarts. 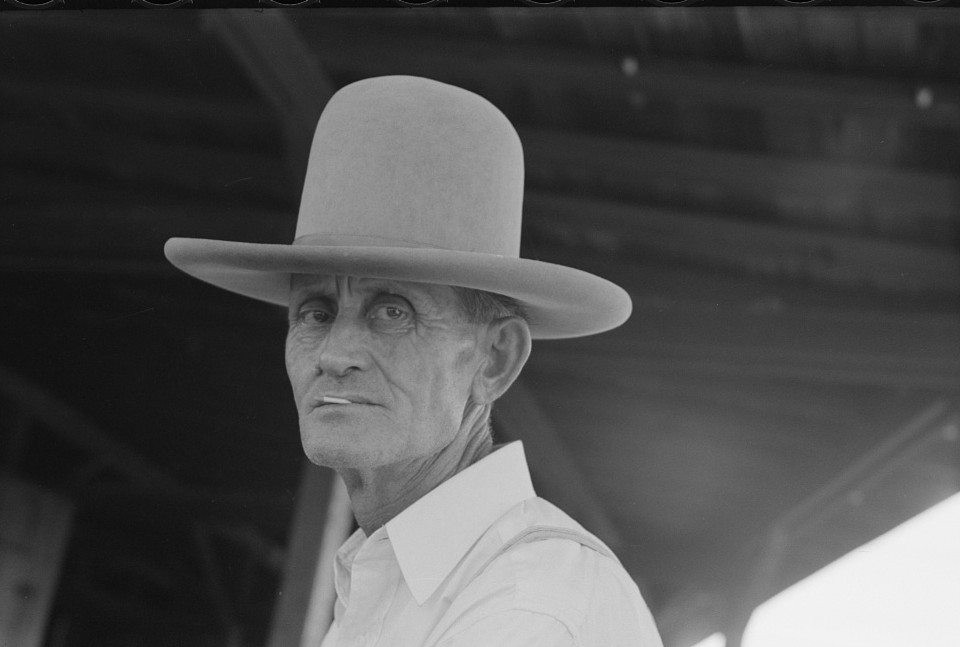 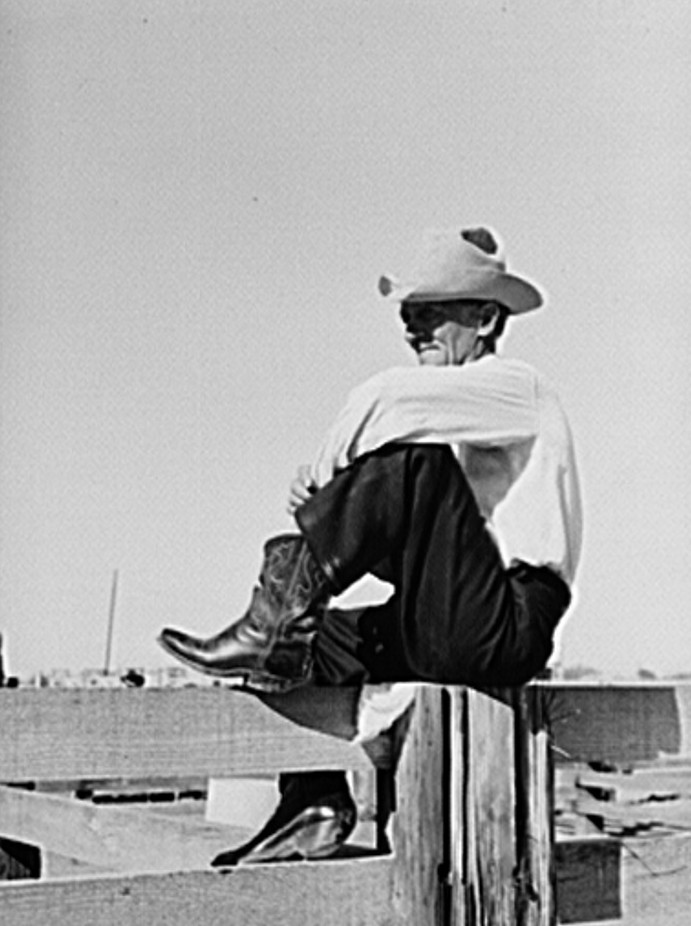 A famous ad for the Stetson company once depicted a cowpoke giving his weary horse a drink from the crown of his hat. 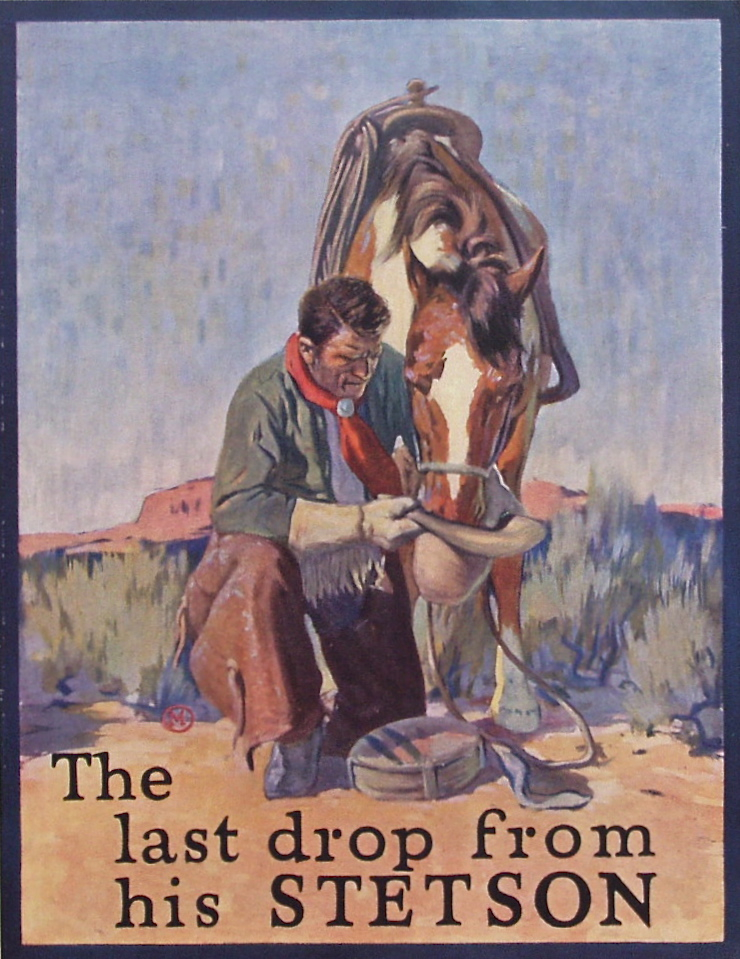 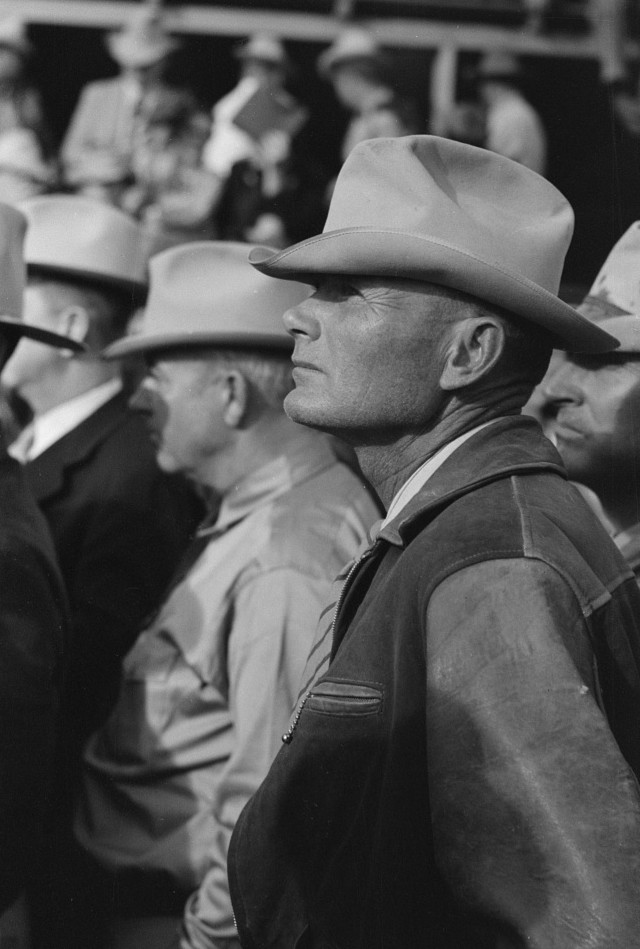 “Most experts argue that the name “10-gallon hat” is actually an import from south of the border. Cattle drivers and ranchers in Texas and the Southwest often crossed paths with Mexican vaqueros who sported braided hatbands—called “galóns” in Spanish—on their sombreros. A “10 galón” sombrero was a hat with a large enough crown that it could hold 10 hatbands, but American cowboys may have anglicized the word to “gallon” and started referring to their own sombrero-inspired headgear as “10-gallon hats.” 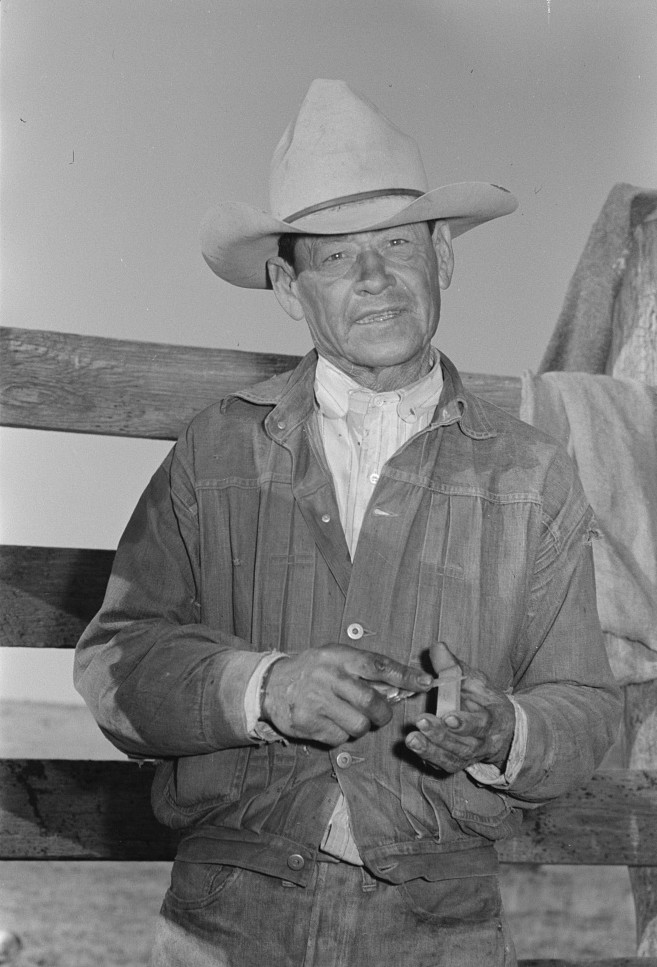 Another theory argues that the name is a corruption of the Spanish phrase “tan galán” —roughly translated as “very gallant” or “really handsome”—which may have been used to describe the majestic image of a hat-wearing cowboy in the saddle.

Cowboy on horse with equipment on cattle ranch near Spur, Texas by photographer Russell Lee May 1939 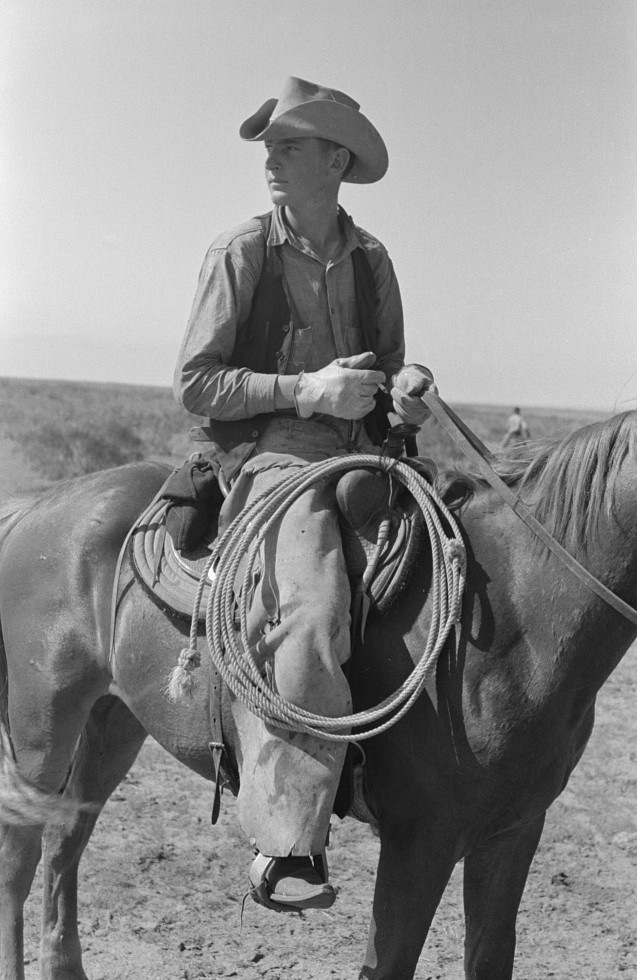 Whatever its origin, the 10-gallon hat wasn’t even the preferred headgear for most people in the Wild West—top hats and bowlers were more common. 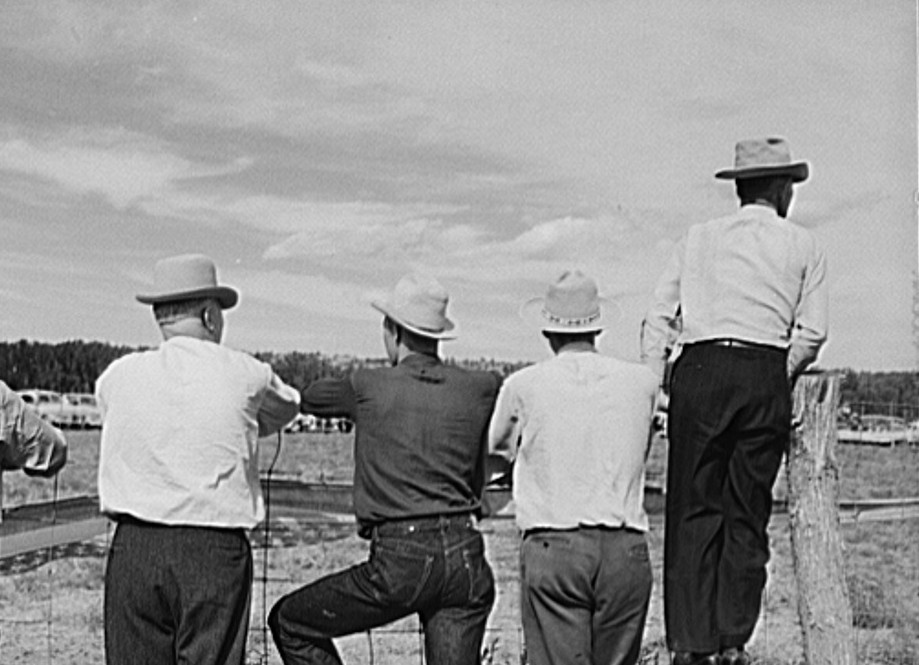 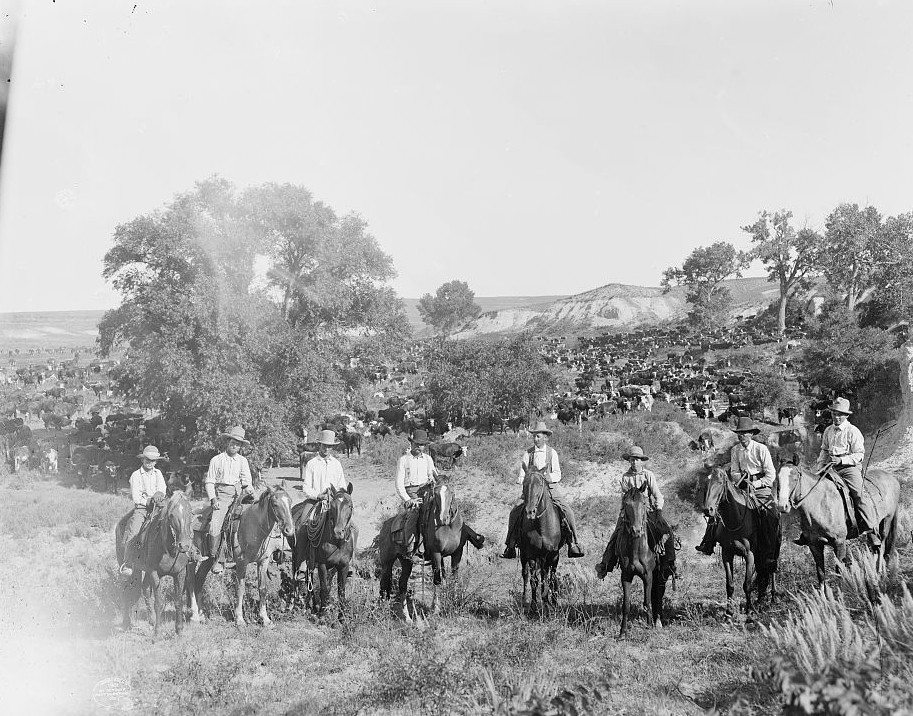 The 10-gallon hat went on to earn a place as a quintessential piece of the frontier wardrobe, and presidents like Harry Truman and Lyndon B. Johnson would later use them to cultivate a rustic image while serving as commander in chief. 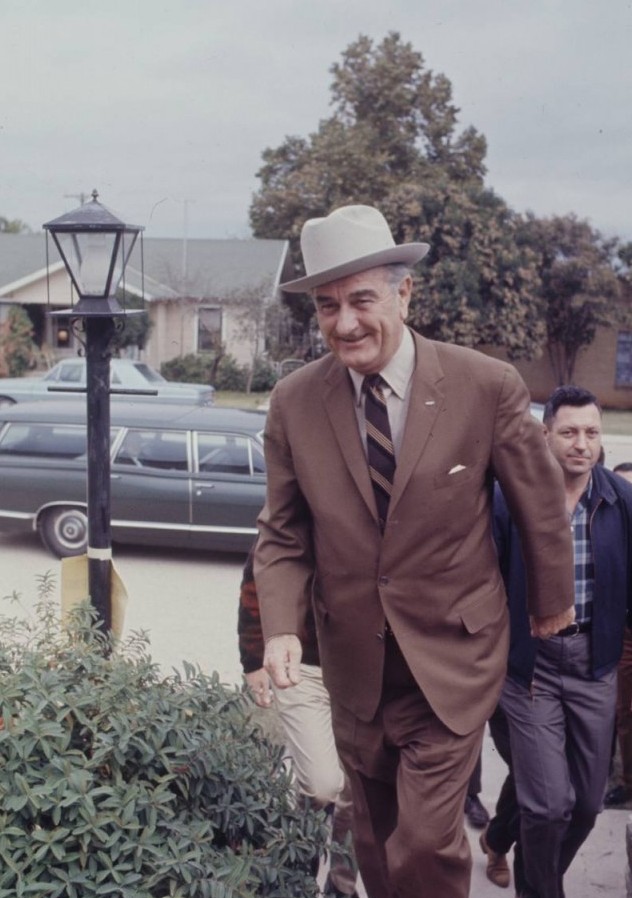 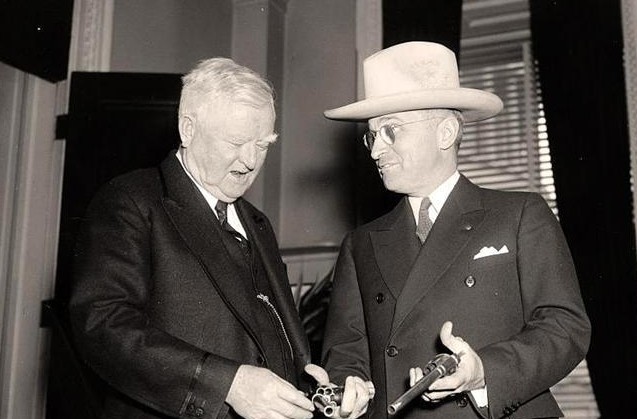 As family historian, do you have friends and family ask you how to get started in family research? This is a hard question to answer in a few minutes. Refer them to the book below to help them get started in this fun hobby. Purchase several – Books make great Christmas gifts!