Lowell is the westernmost town in Orleans County, Vermont, United States. The population was 738 at the 2000 census. 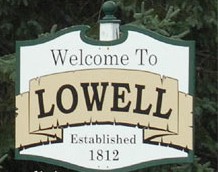 Lowell was chartered in 1787 by Governor Thomas Chittenden to John Kelley in 1787, for whom it was named Kellyvale. The first people other than the native Americans to come to Lowell was in 1778 when the area was surveyed, preparatory to Col. John Hazen constructing a road to Canada for military purposes.

= A new novel of Colonial America

The first settlers were Major Caldwell and family from Barre, Massachusetts in 1806. The town was formally organized in 1812, the same year the first school began with twelve students. In 1831 the name was changed to Lowell; the origin remains uncertain.

During the first half of the nineteenth century, the population inflow was predominantly from other states of the US. In the second half the new arrivals were more often foreign-born – from Ireland and from French-speaking Canada. 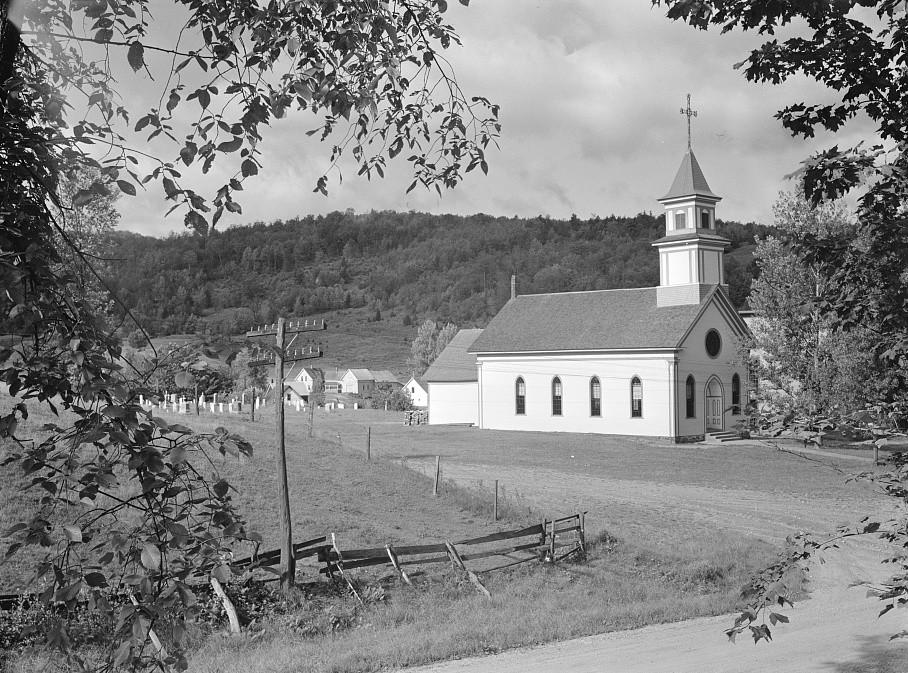 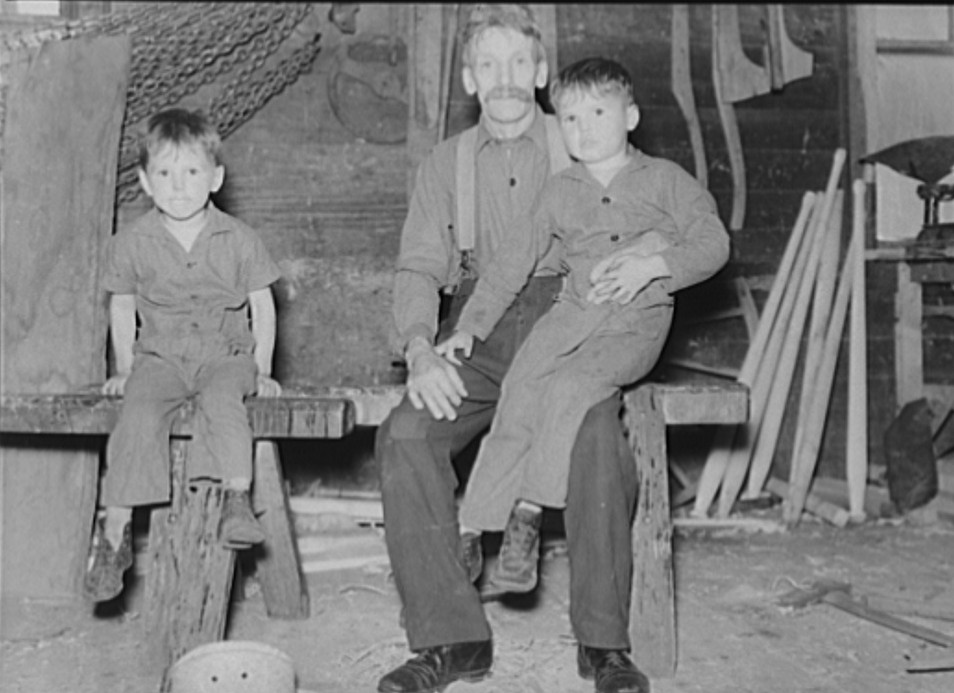 By 1870 the population was 944 and it reached its peak in 1890 when it stood at 1,178. Farming and lumber were its main economic base. Dairy products and hardwood were both exported to other states. Silsby and Company lumber mill closed in the 1920s. This loss of jobs resulted in a population drop of 40% between 1920 and 1940.

In 1936, throughout America, farmers suffered with eroded, cut-over and burnt-over land. The Great Depression hit small towns hard, even in Vermont.

The photographs below by photographer Carl Mydans taken in August 1936 show farmland, highways, small towns, saw mills and run down and abandoned buildings in Vermont. They give a good perspective of the life and difficulties faced by families in Vermont. 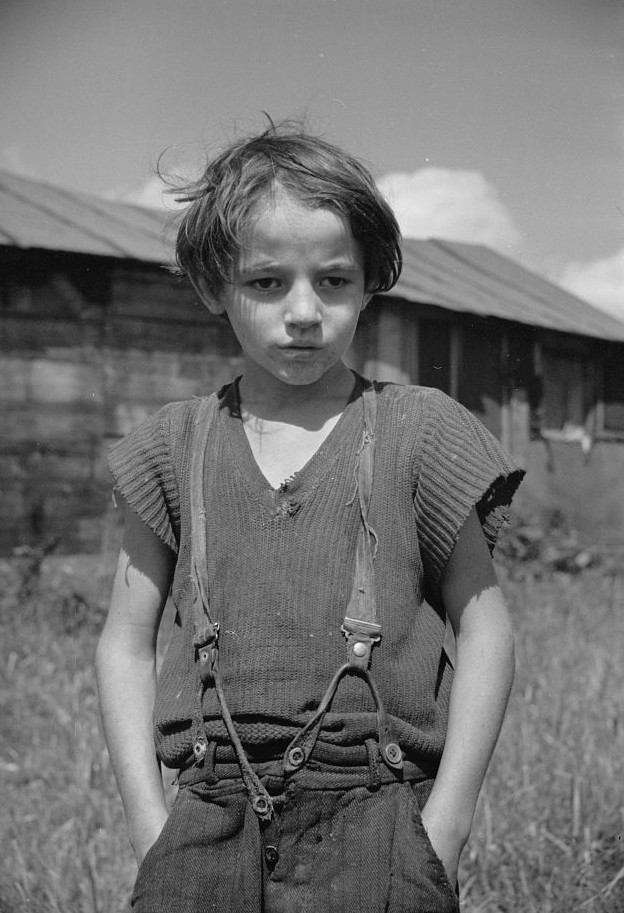 Sharpening knife of old mowing machine on farm near Hyde Park, Vermon was a two man job in August 1936 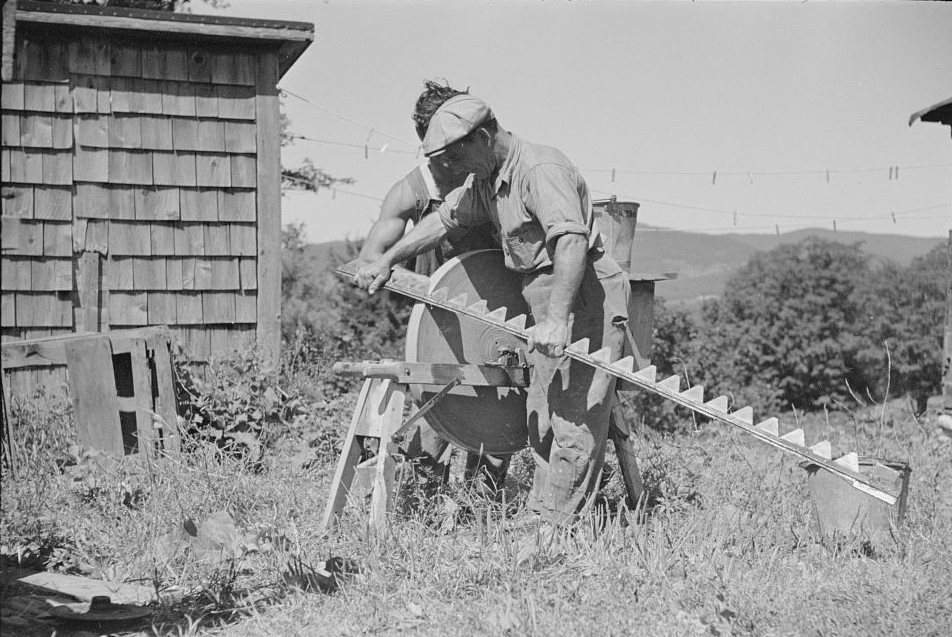 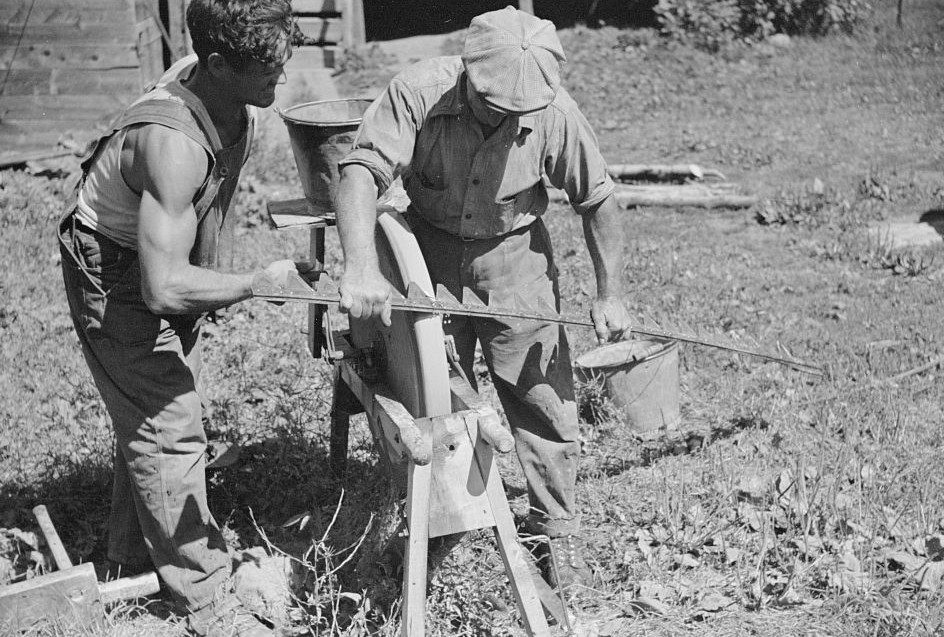 An old farmhouse and privey in Lowell, Vermont 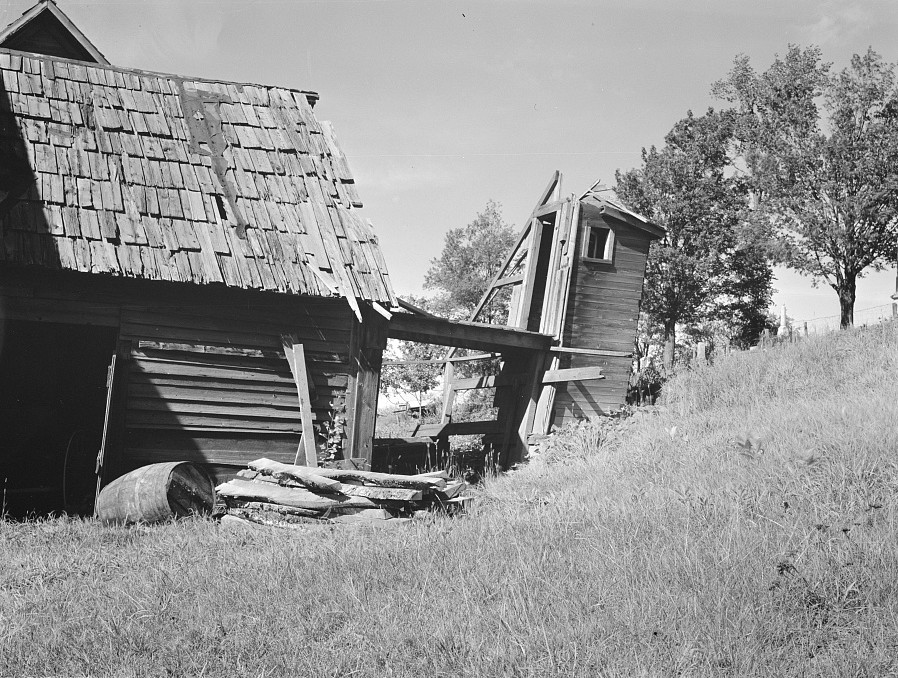 Land Erosion was a problem in Vermont in 1936 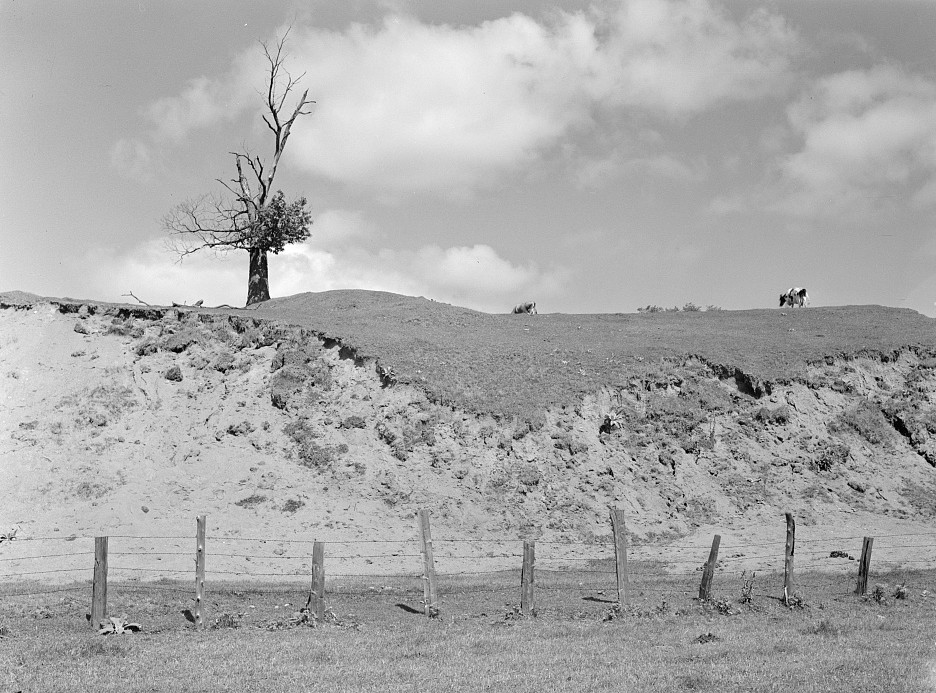 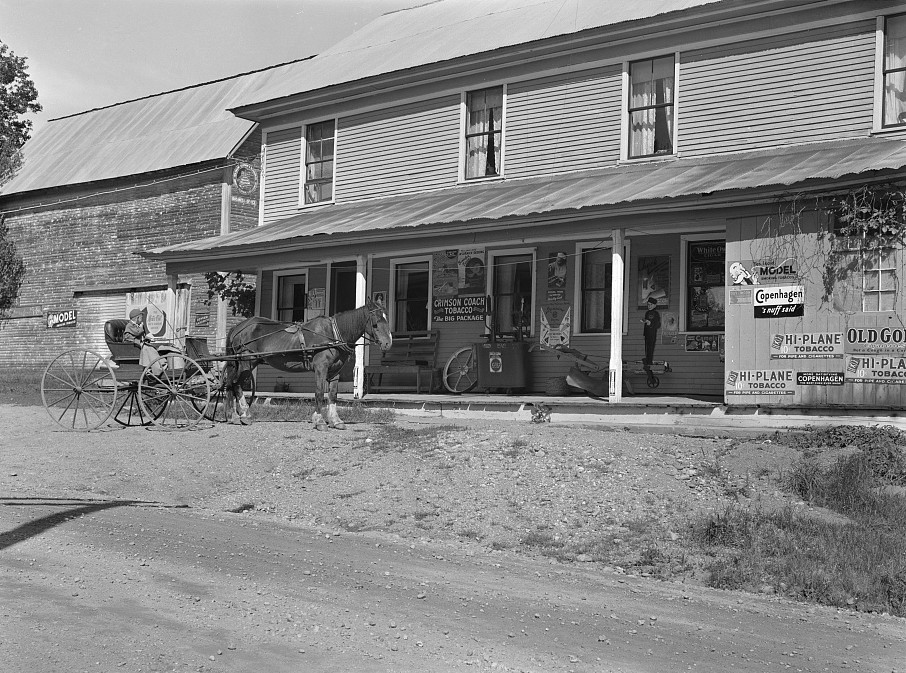 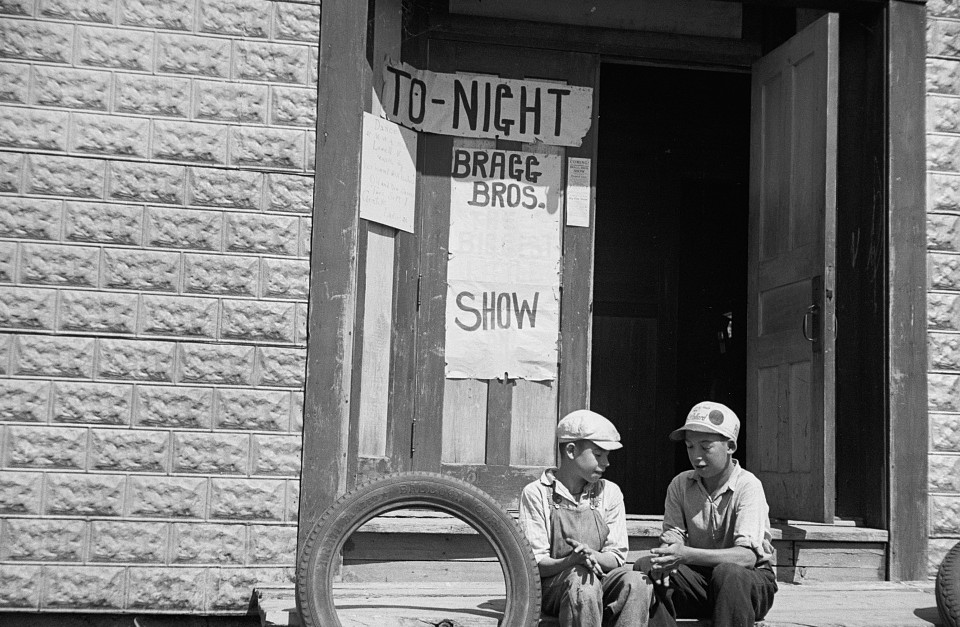 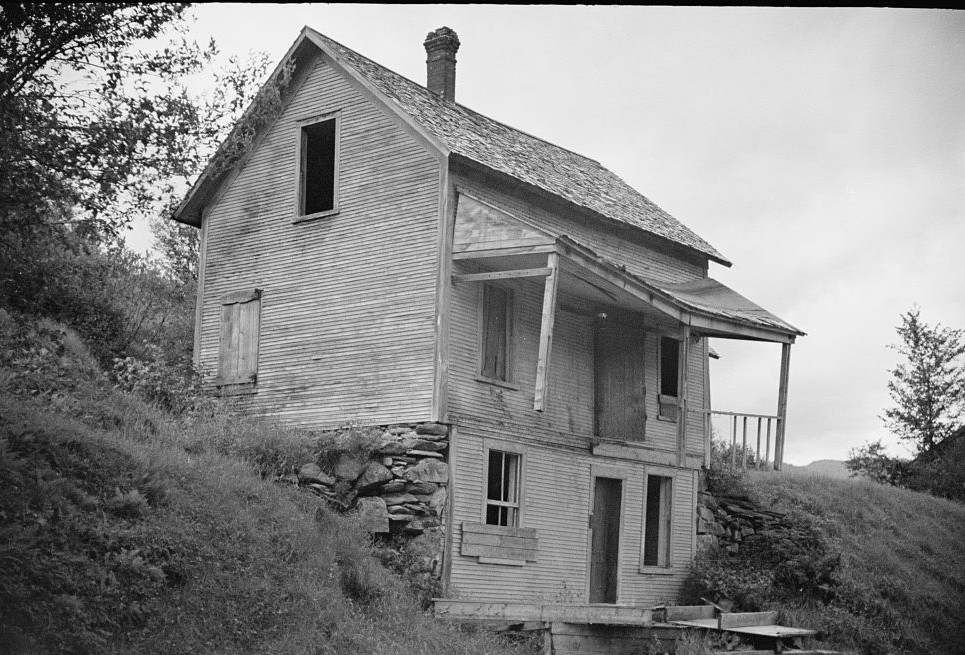 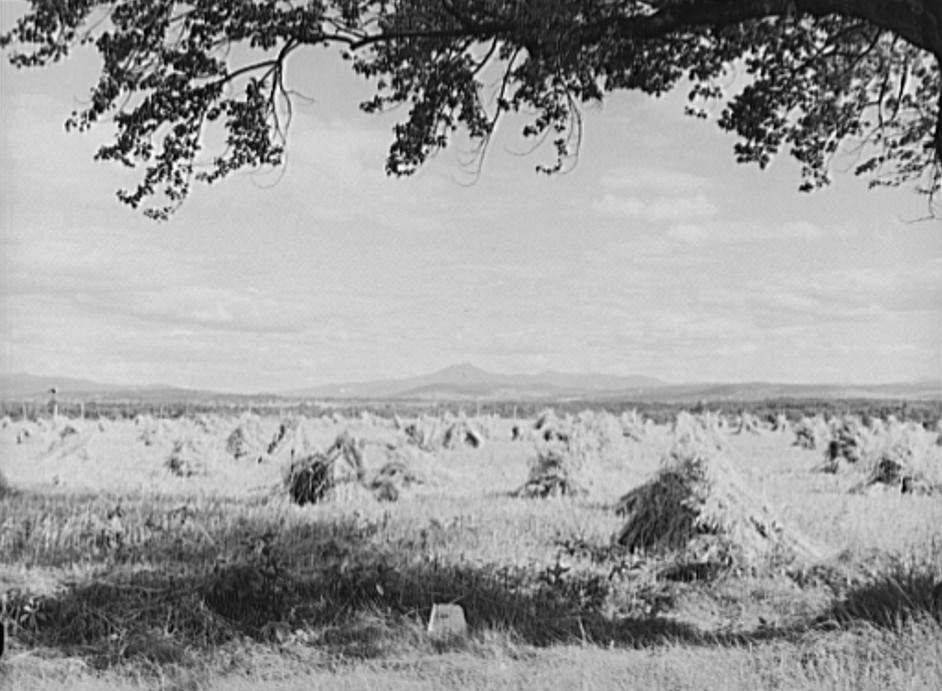 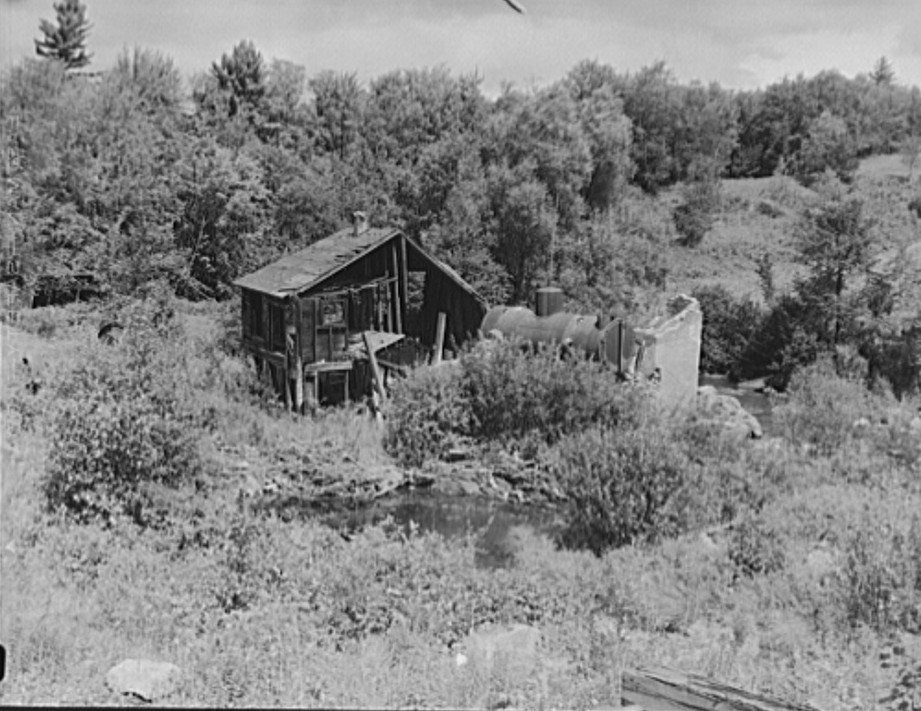 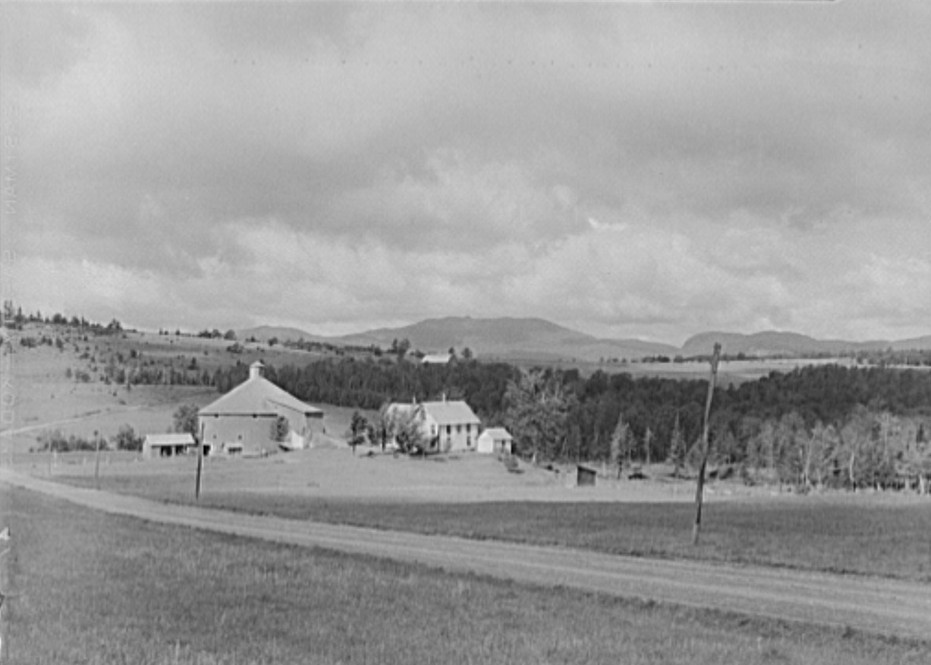 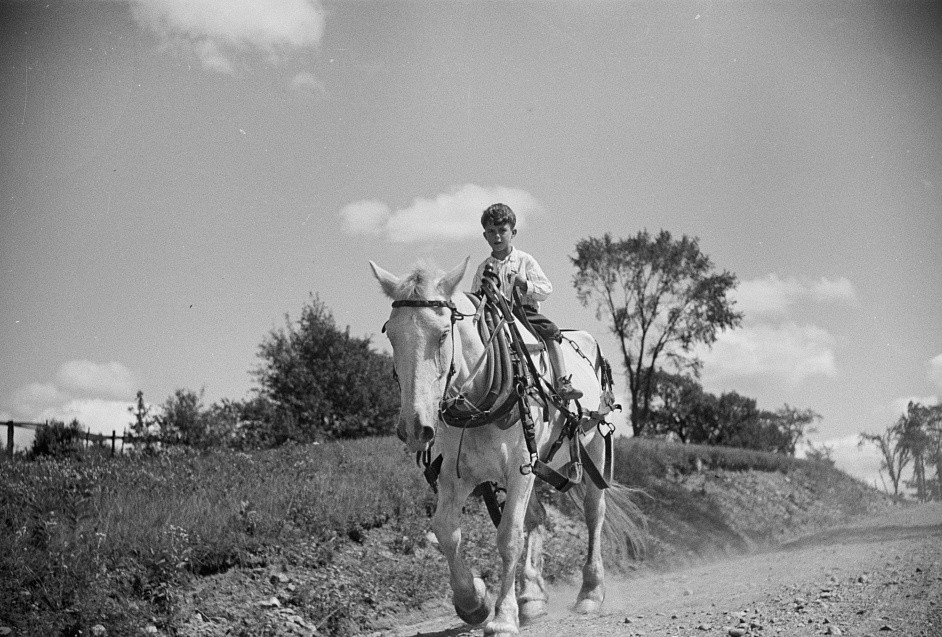 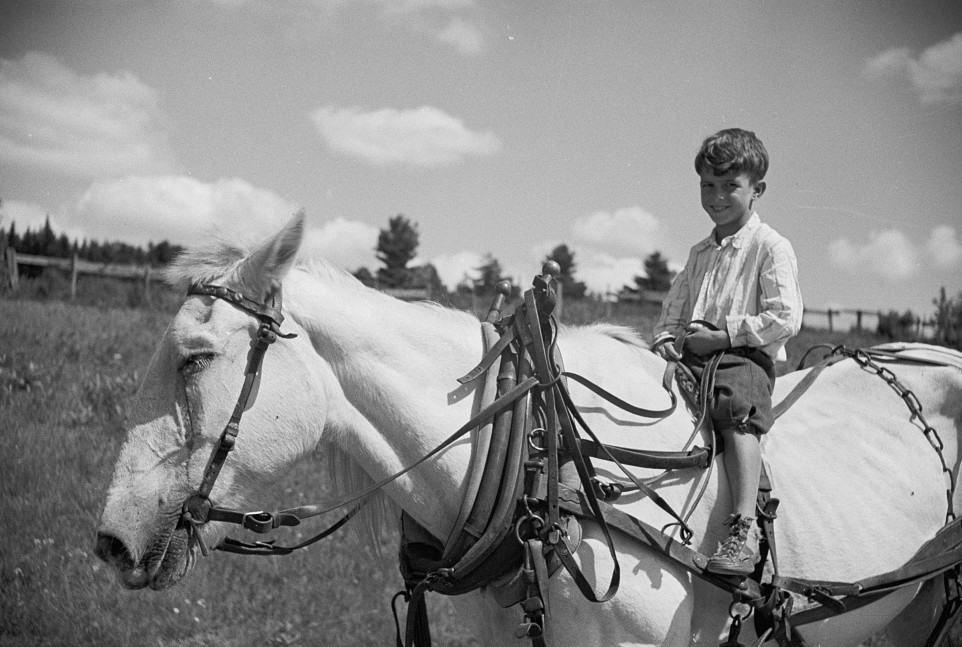 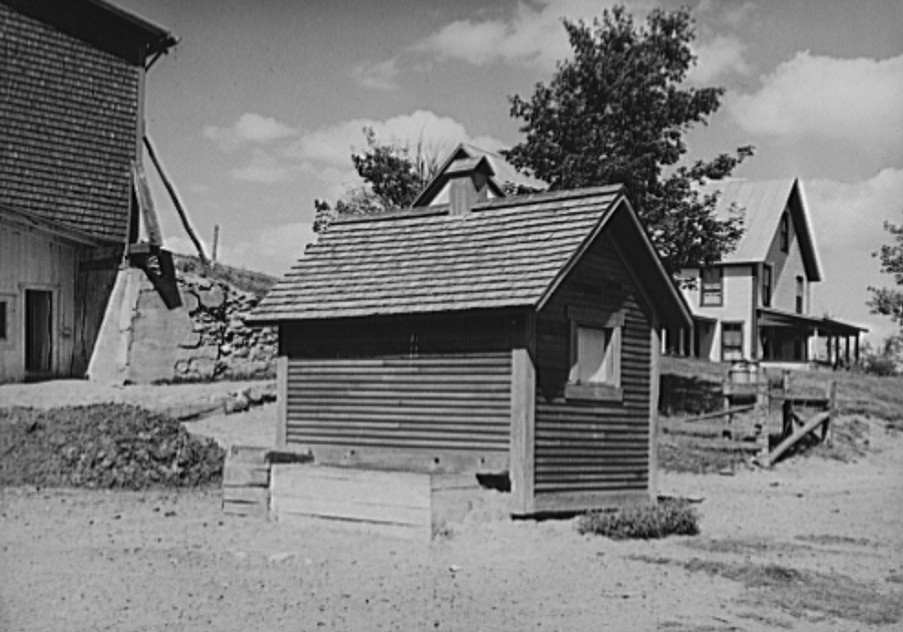 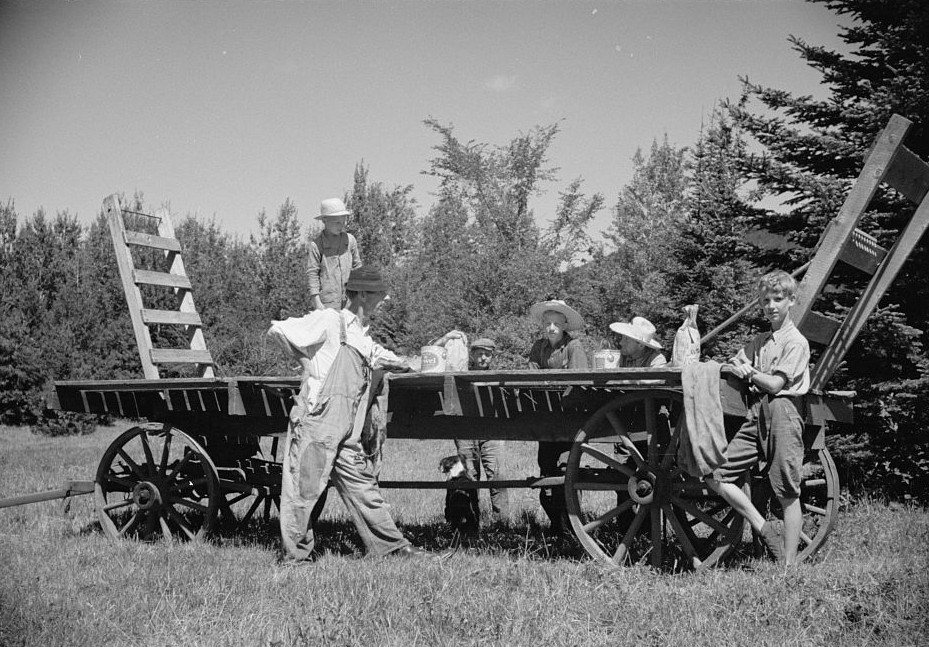 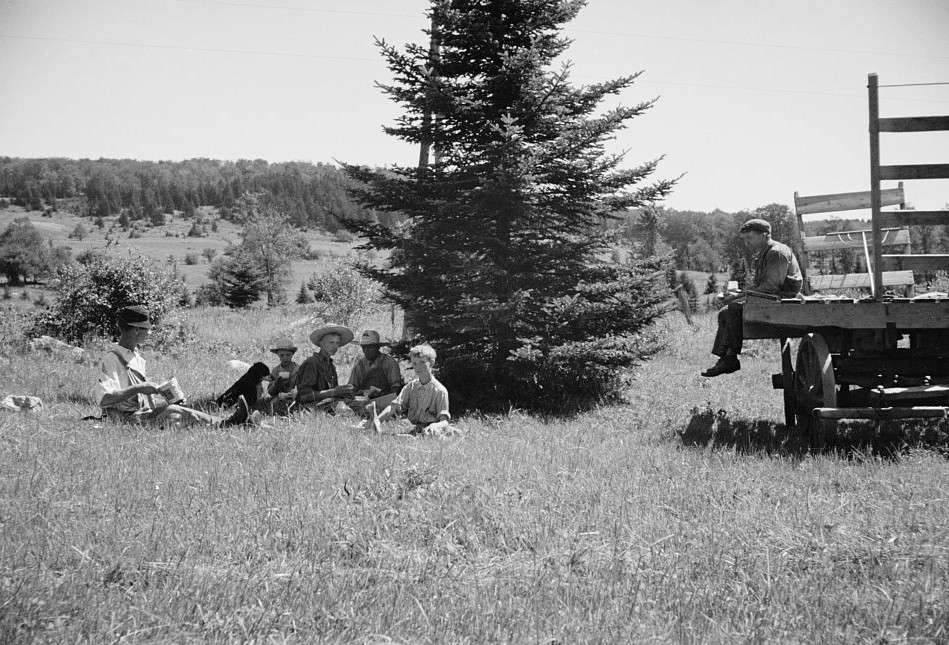 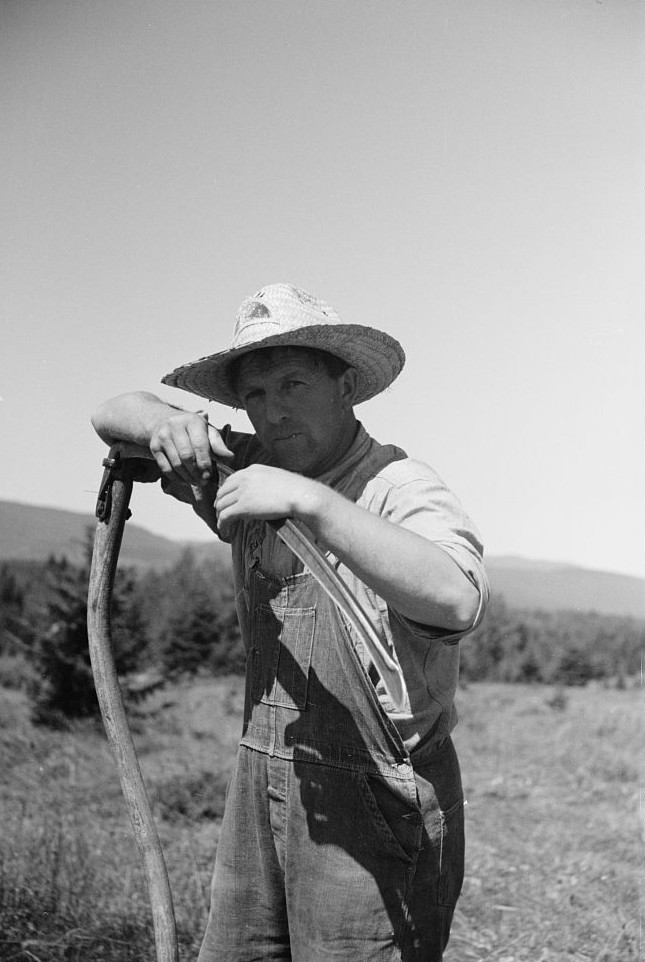 Lumber exports stopped by 1930. Farming suffered a slow but steady decline since 1930 or so. Consistent with all of Vermont’s Northeast Kingdom, Lowell lost population throughout the twentieth century, only reversing the trend in the mid-1980s.

The asbestos mine in Lowell was of economic importance from the 1940s to the mid-1980s. In the mid-1940s, the Belvidere mines produced more than 90% of all U.S. asbestos. It closed in 1992. Today Lowell has a stable, slowly expanding population. A small number of the residents are still in agriculture but most commute to work. A few are engaged in home-based occupations. 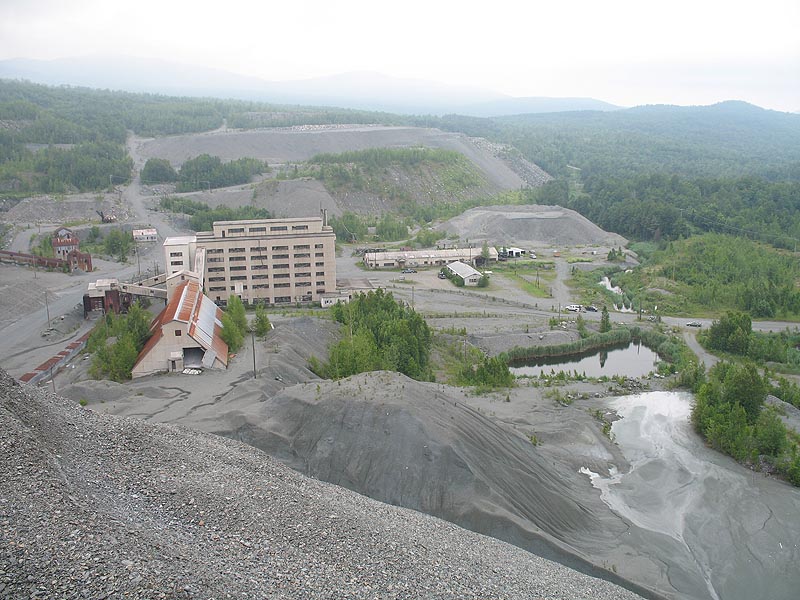 Driving up Vermont 100 from the south, massive 450-foot turbines loom on the horizon of the Lowell Mountains today. As with any new endeavor, there are divided opinions about the turbines on Lowell Mountain. 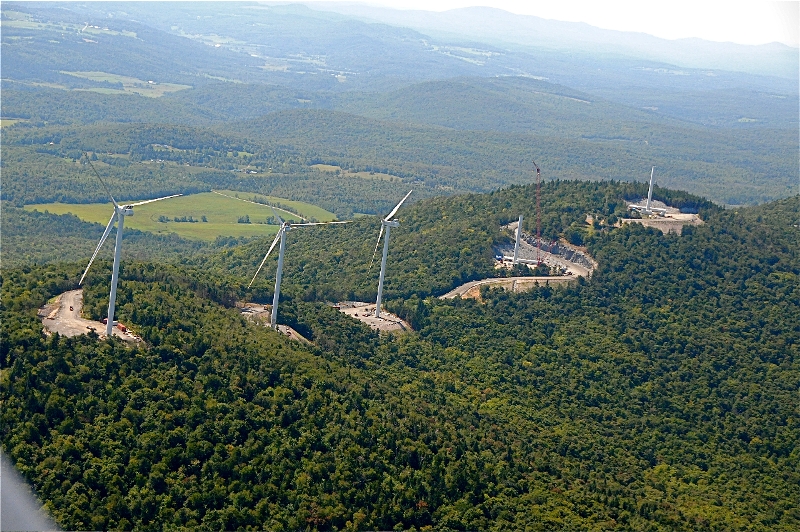