No finer example of colonial homes of Maryland can be found in the State than that of Wilbur W. Hubbard, banker, fertilizer manufacturer, and financier.

Here Mr. and Mrs. Hubbard entertained in true Eastern Shore style, and their many friends, including artists and architects of distinction, claimed this beautiful residence to be a fine example of restoration work and a monument to the intelligent appreciation and good taste of Mr. Hubbard and his wife. 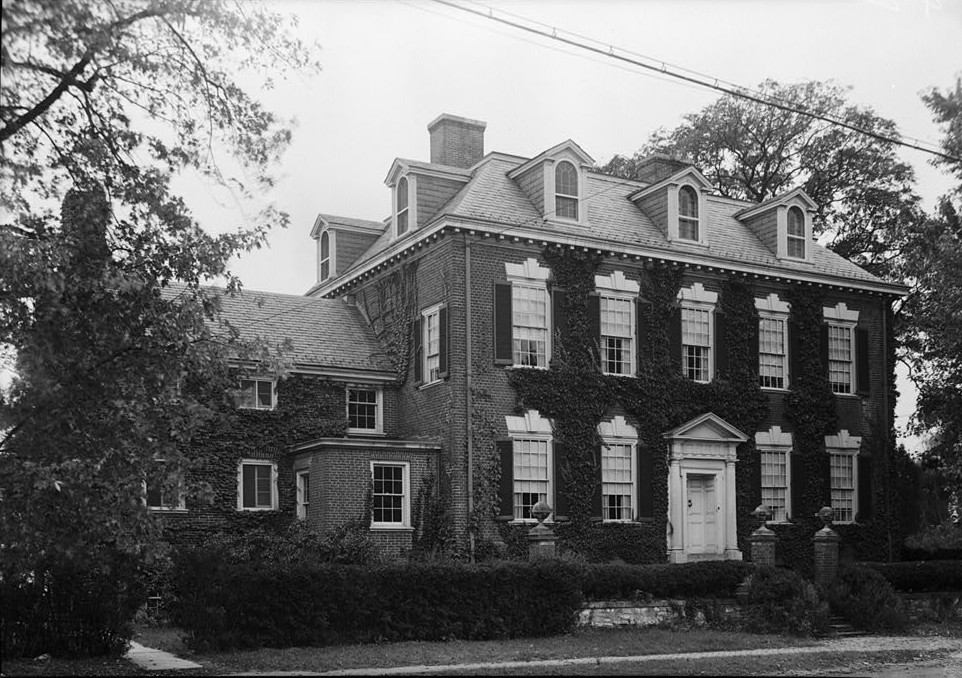 From the time the house was built, a number of distinguished men in State and nation have dwelt within its historic walls. In searching the title chain you will learn of Col. Thomas Smythe, the first merchant in Chestertown, one of the Justices of the Kent County Court from 1757 to 1769, a member of the Provincial Convention in 1776, and of the Association of Freemen of Maryland. 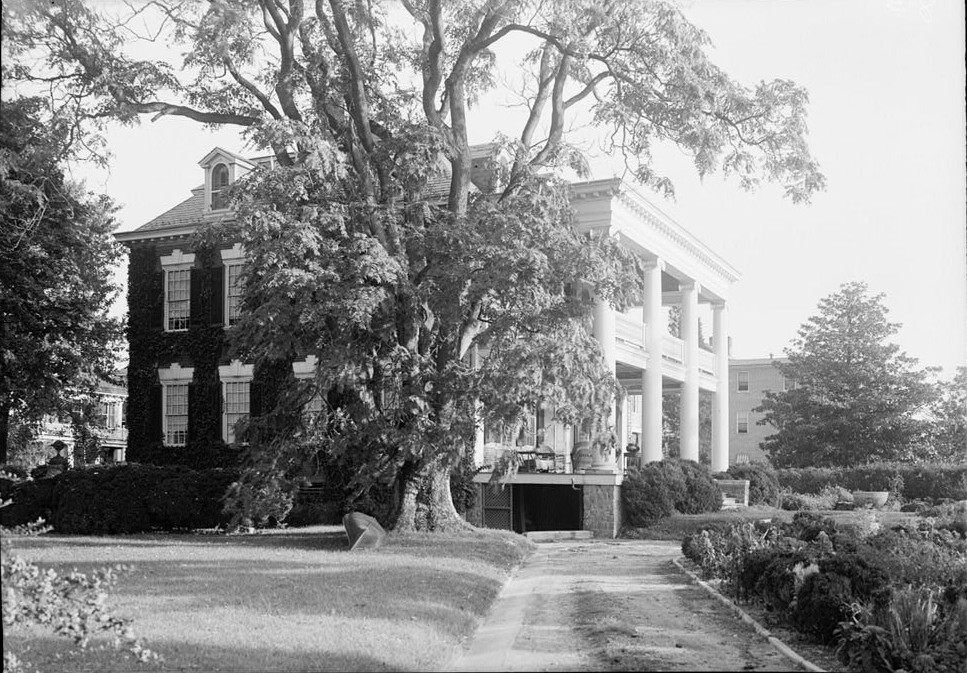 He was a member of the Council of Safety and did splendid service during the Revolutionary War in providing munitions for the troops enlisted in Kent. Col. Smythe died at “Trumpington,” having lived to the great age of ninety-one years. 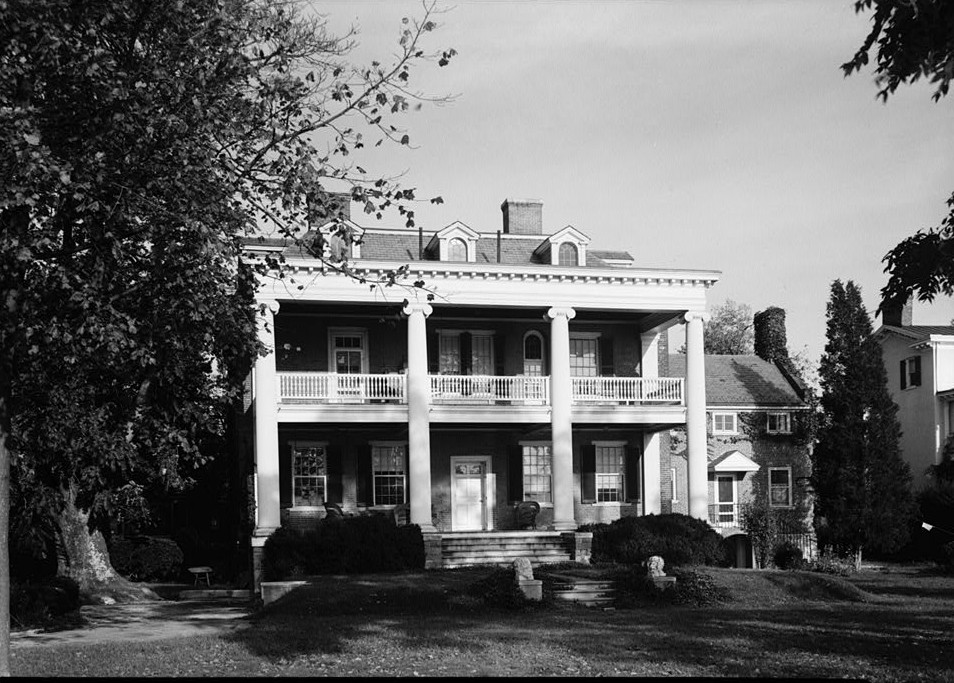 You will learn of the distinguished lawyer, Thomas Bedingfield Hands; of the two United States Senators who lived there—Robert Wright. Senator from 1801 to 1806. when he resigned his seat in the Senate to become Governor of Maryland, and Ezekiel F. Chambers.

Senator from 1826 to 1834, and afterward Chief Judge of the Second Judicial District. It was here that Judge Ezekiel Forman Chambers lived for forty-eight years and entertained many distinguished men of his day. He commanded a company under Lt. Col. Phillip Reed at the Battle of Caulks Field in the war of 1812. Judge Chambers died in 1867 and is buried in Chestertown Cemetery. 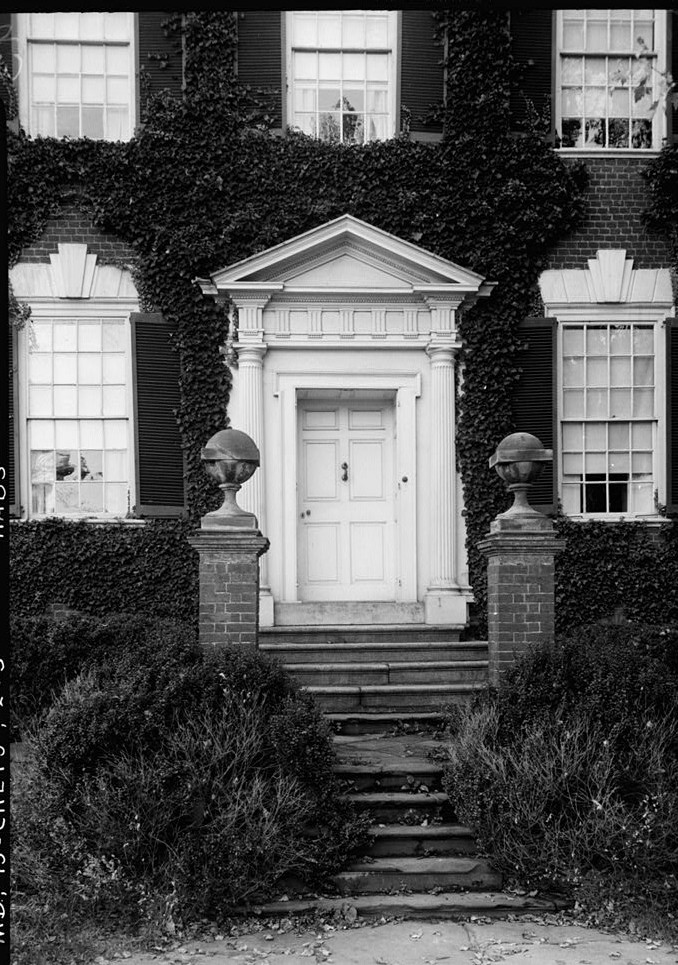 As in some charming old tome we have the story of the County of Kent, as well as that of Chestertown, woven closely around this old house. The story has for its setting a quaint old English colony town, which was laid out on the banks of the Chester River, one of the prettiest rivers of the Province of Maryland. From the street we approach the house over pavement laid 140 years ago and through which the violets push up their charming flowers. 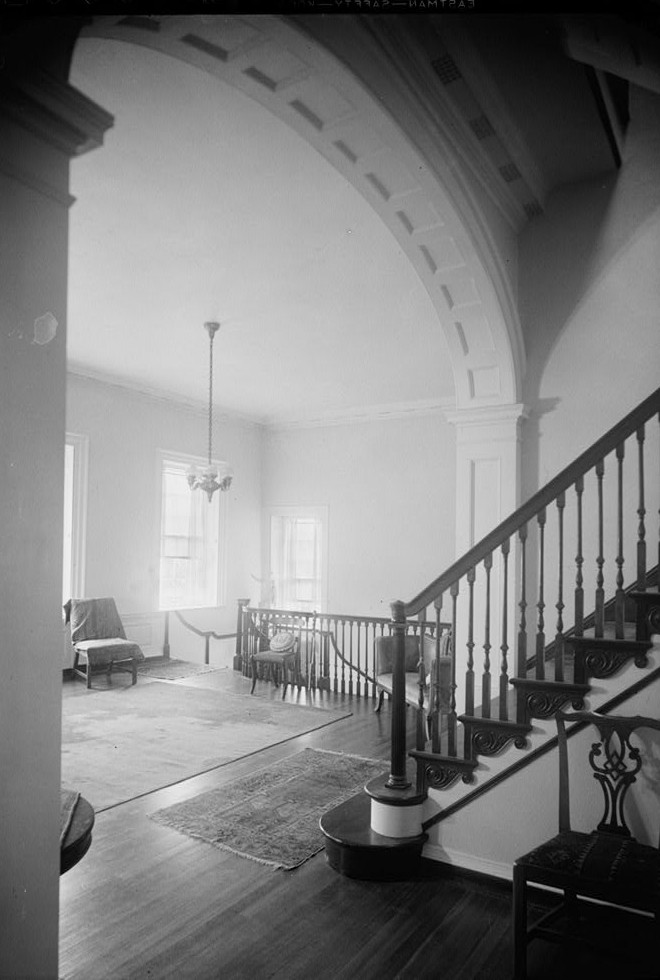 The boxwood hugs up close to the old English brick of which the house is built. The big brass knocker on the front door; the wide hall with its key-stoned arches and mahogany stairway spreading its leisurely length past the grandfather’s clock; the hand-carving on walls and mantels; the doors with dropped silver handles and broken pediment above, where might well be placed the bust of Pallas; mahogany furniture, spinet, dulcimer, and low-boy haunting the spots where Thomas Smythe himself might have placed them. These are the evidences that impress you with the colonial atmosphere of this old home. 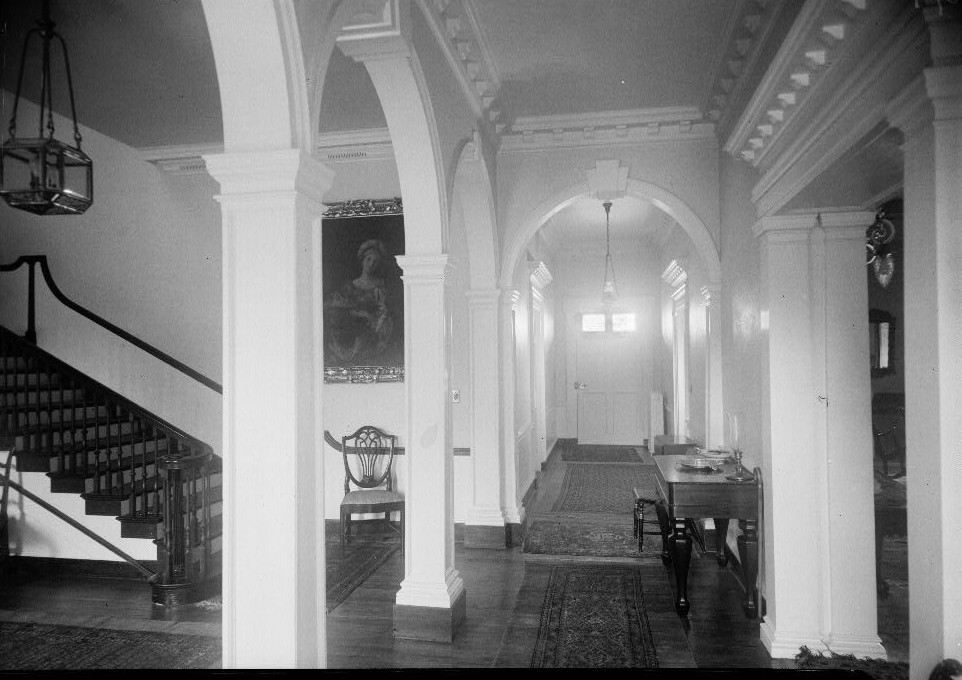 The home not only has a river view of the massive porch, with Ionic columns, but also a beautiful approach through the iron gates. Truly, Mr. Hubbard, with his widely known business ability, has, in restoring this old mansion, been a more beneficent owner than any since its builder, and has established one of the most delightful homes of the Eastern Shore. 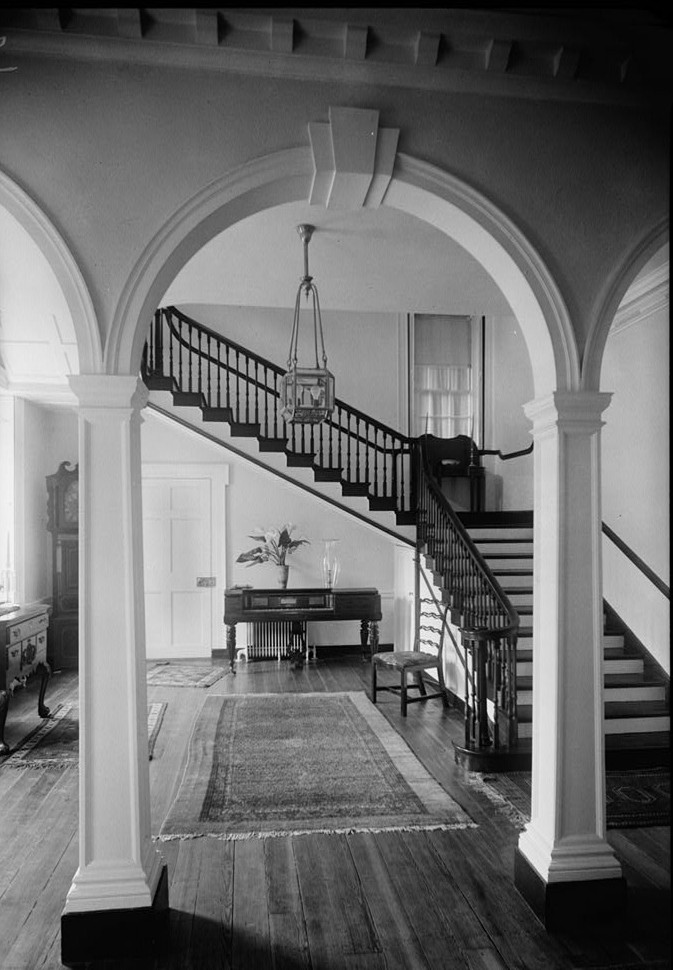 Mr. Hubbard is descended from Adley Hubbard, who came to Maryland from Essex County, England, in 1660. He received a grant of a large tract of land on the Sassafras River in what is now known as Cecil County. He called his grant “Hubbard’s Delight,” more recently known as “Ward’s Hill.” 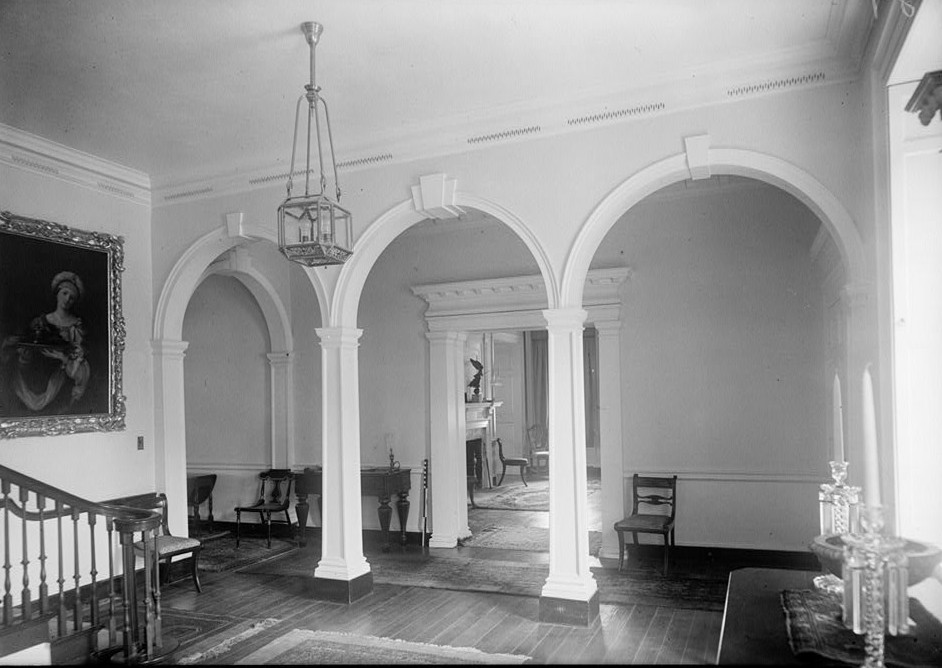 Mrs. Hubbard is descended from Col. William Ross, Col. William Evans and Major Glenn, Revolutionary Officers. She is the daughter of Judge James Evans Ross, whose ancestors belonged to Clan Ross of Scotland. 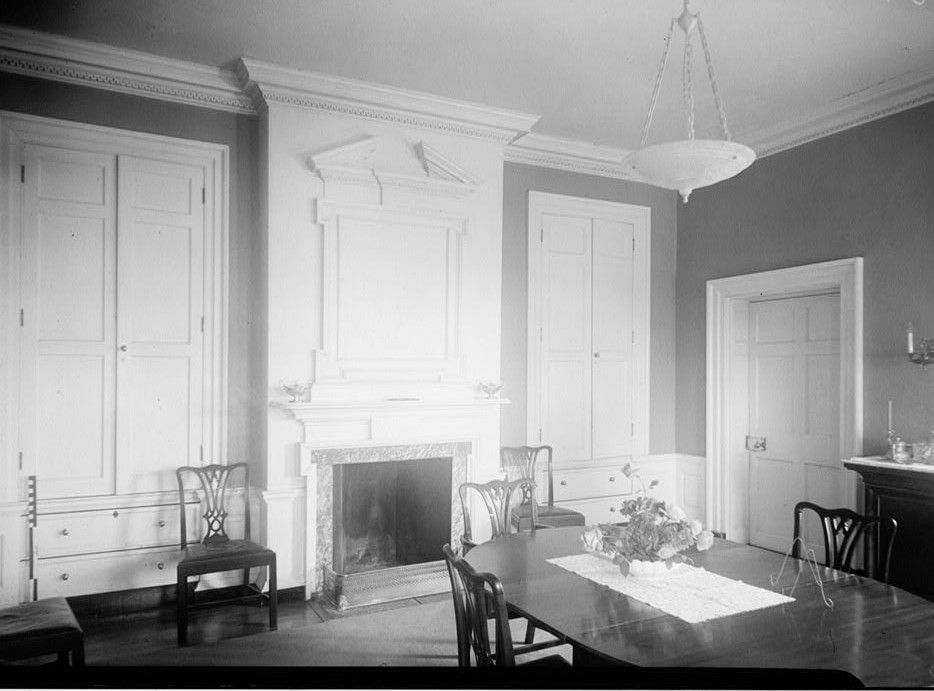 Their son, Wilbur Ross Hubbard, who died in 1993 was believed to be the oldest Master of Foxhounds in the world and was widely known for his historic preservation efforts. He began fox-hunting in 1908 at the age of 12 and remained active in the sport until he was 95. He was celebrated in national and international fox-hunting circles and presided over some of  the best hunting on the East Coast for nearly 60 years. 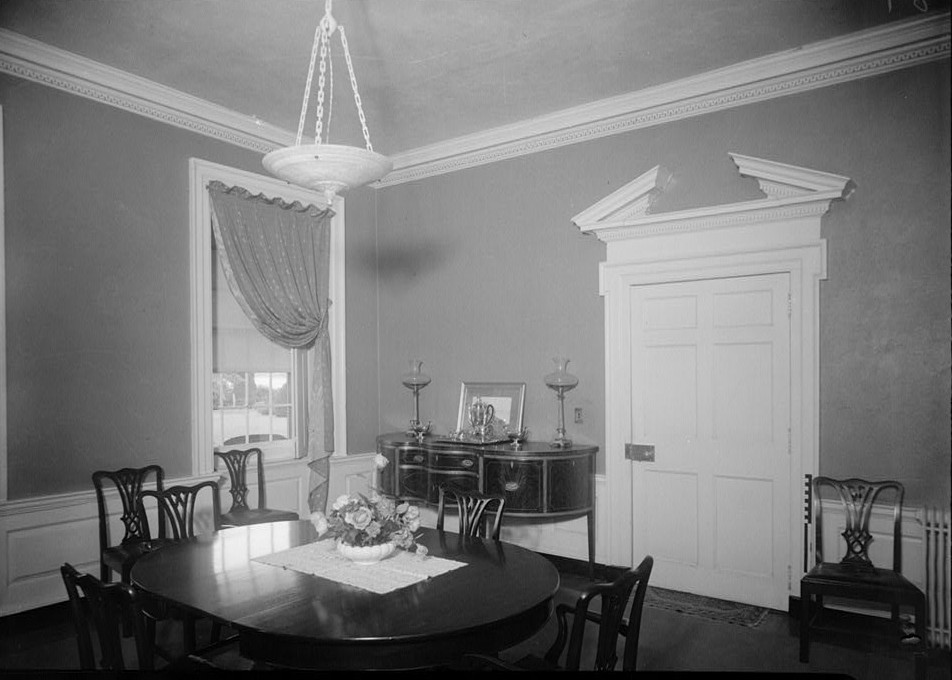 Wilbur Ross Hubbard spearheaded a number of restoration projects in Chestertown, such as the Buck-Bacchus Store, the Geddes-Piper House and the Hynson-Ringgold House, which serves as the home of the president of Washington College. He also restored the Customs House on the Chester River near Widehall, his home.

“In recognition of his historic preservation work, Washington College awarded Mr. Hubbard an honorary doctorate of public service in 1986. He received a service award in 1991 from the Maryland Historical Trust for his preservation activities in Chestertown.”

Widehall Today from Chester River side 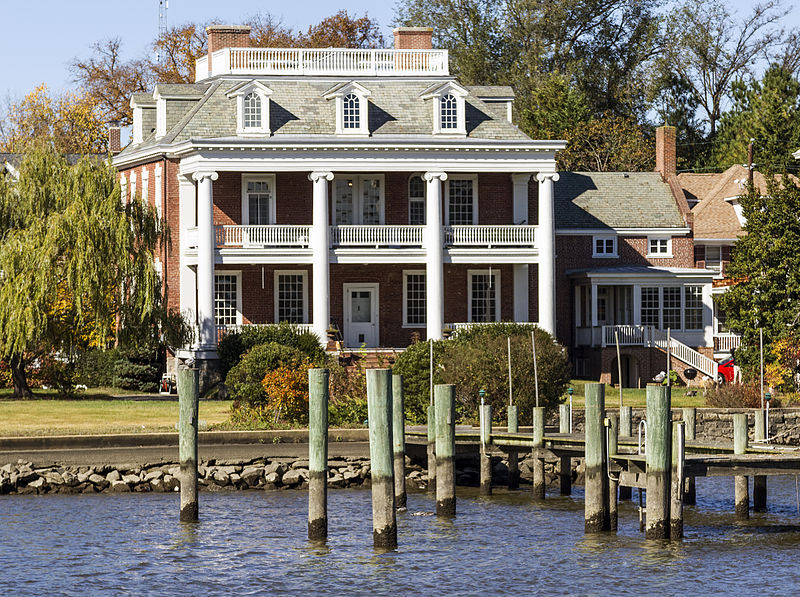 Historical Fiction Novels by Alabama Author – based on the Eastern Shore of Virginia and Maryland during colonial days.

Discordance: A story of one family’s destiny (The Cottinghams Book 1)