Can you imagine walking down a hot Texas road to Memphis, Texas from Arkansas in June 1937 with all your belongings and your family, including young children, like these people did in the photographs at the bottom?  I don’t even see any shade trees for miles.

Located in the northeastern part of the county

Memphis is a city and the county seat of Hall County, Texas, United States. As of the 2010 census, the population was 2,290.

It is located in the northeastern part of the county and was started in 1889 when J. C. Montgomery purchased land for a townsite north of Salisbury on the Fort Worth and Denver City Railway. The land had previously been owned by W. H. Robertson, who had a dugout near Parker Creek. 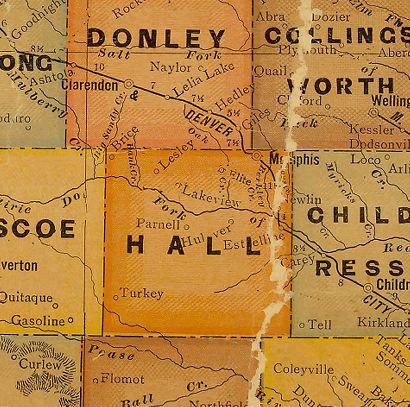 Hotel in Memphis, Texas by Photographer Dorothea Lange in June 1937 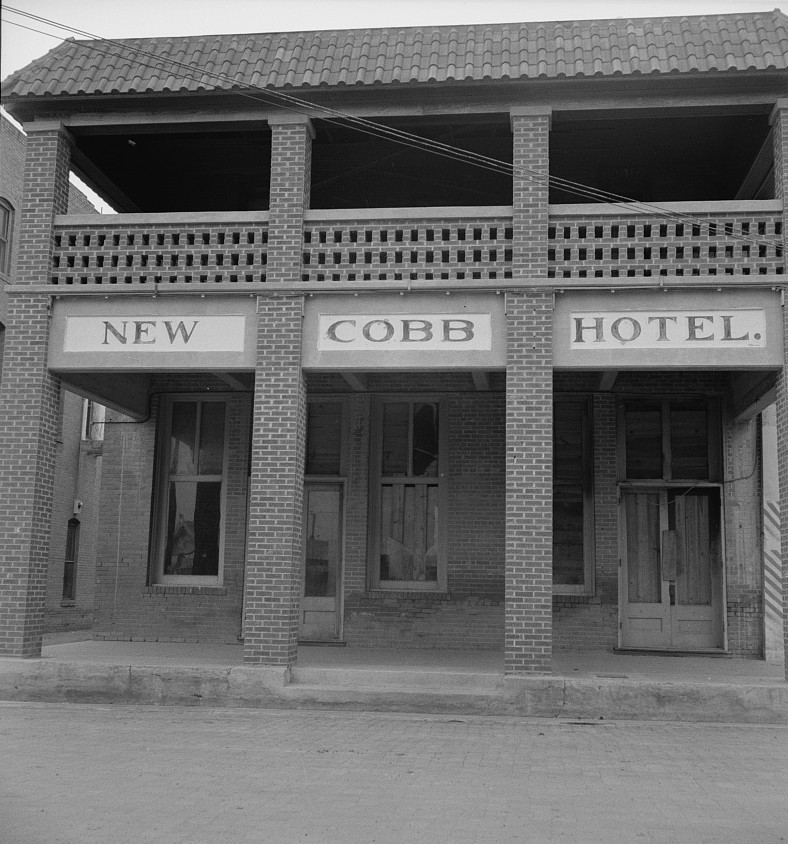 Montgomery and Robertson, with Rev. J. W. Brice and T. J. Woods, Jr., of Dallas, formed a townsite company and presented a plat early in January 1890. P. M. Kelly opened a law office. A rooming house (later the Memphis Hotel), a general store, a drugstore, and several residences were soon erected. For a time the new town was without a name. Several suggestions were submitted to federal postal authorities but with negative results.

Surviving on the Texas Frontier: The Journal of a Frontier Orphan Girl in San Saba County, 1852-1907 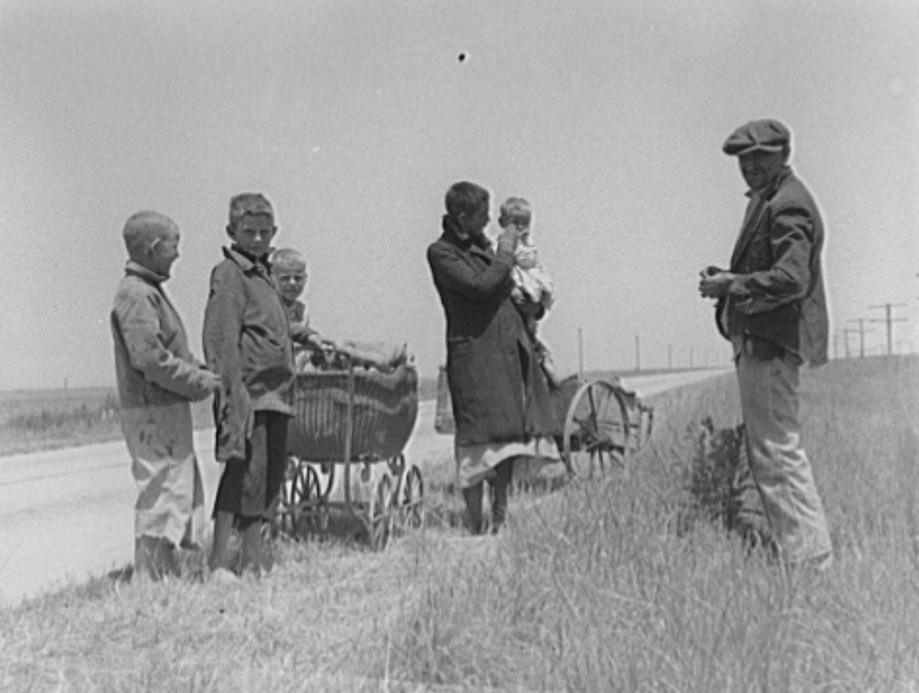 No such town in Texas

Finally, as the story goes, Reverend Brice, while in Austin, happened to see a letter addressed by accident to Memphis, Texas, rather than Tennessee, with the notation “no such town in Texas.” The name was submitted and accepted, and a post office was established on September 12, 1890, with Robertson as postmaster. 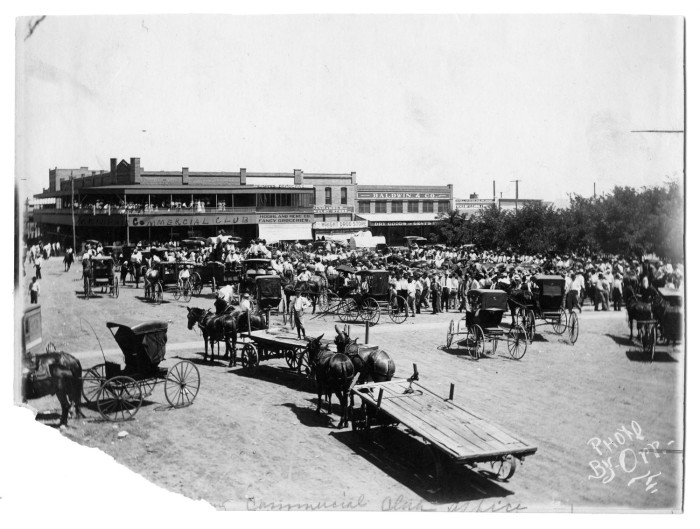 In the meantime, Hall County was being organized. Memphis was engaged in a heated county seat battle with neighboring Salisbury and Lakeview. Memphis won the election with a total of 84 votes. County officers were elected in June, and a school district was subsequently formed. 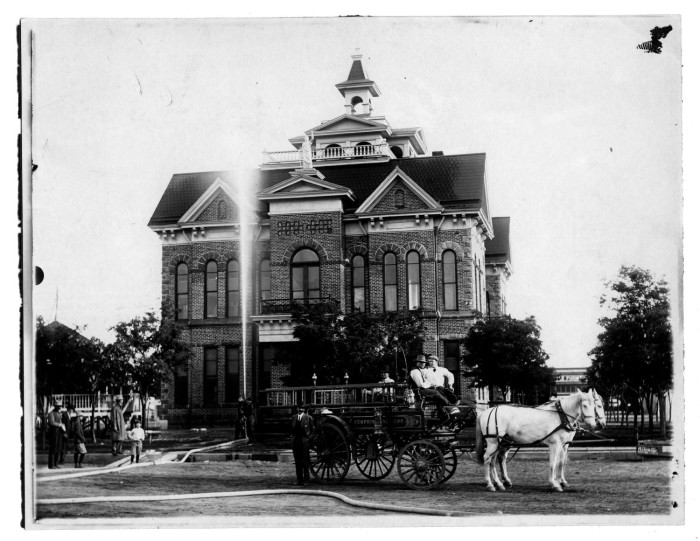 Since Memphis was without a depot and trains did not stop there, certain citizens sought to remedy that situation by smearing the tracks with lye soap. A subsequent agreement was struck between town promoters and railroad officials. In 1891 a depot was built, and businesses were moved on wheels from Salisbury to the new county seat, where a courthouse of homemade bricks was constructed in 1892. 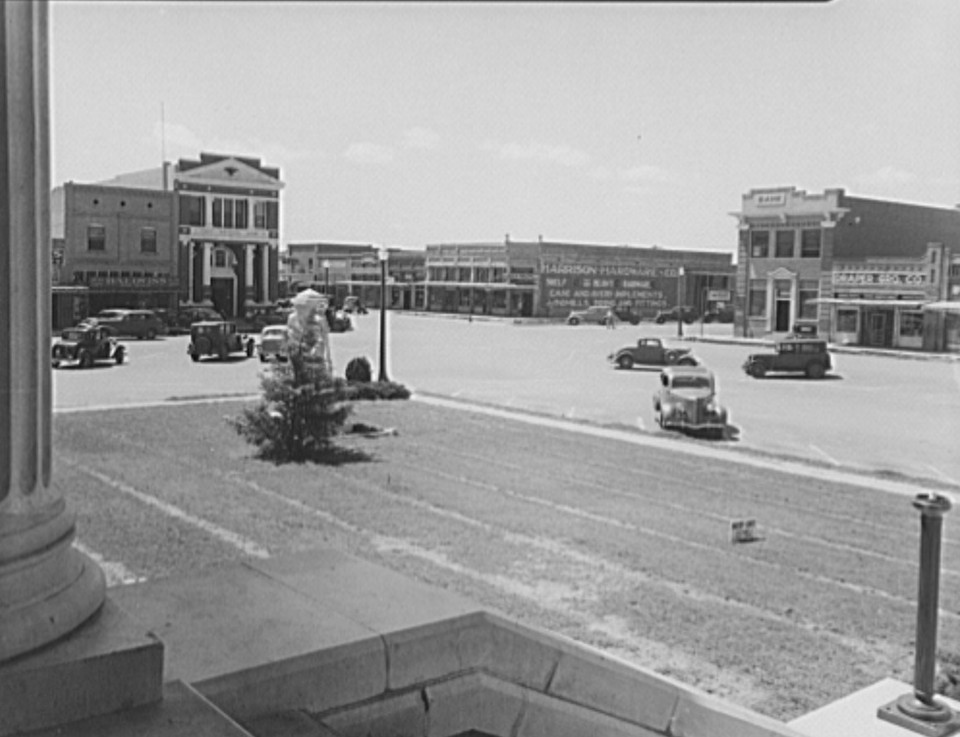 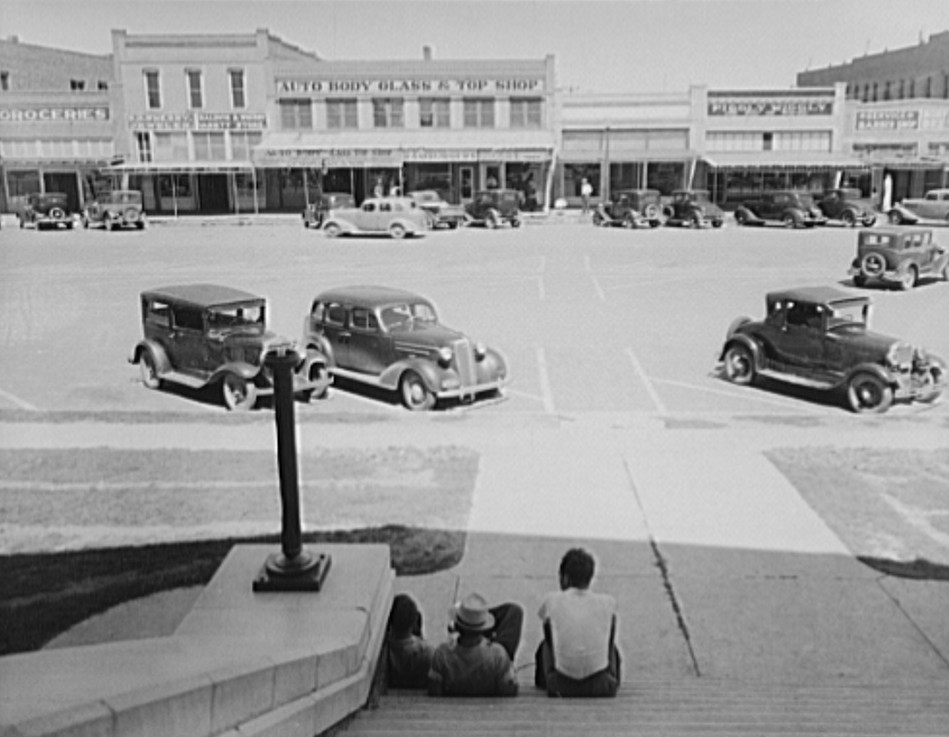 Memphis thus enjoyed a boom period. Two saloons, a bank, numerous stores, blacksmith shops, and livery stables attested to its role as a shipping and trading center for area ranchers and farmers. The Missionary Baptist Church was organized in Memphis; its minister Rev. J. L. Pyle began Baptist congregations throughout the county. Telephone service was first installed in 1901. In June 1906 the town was incorporated with a mayor-council form of city government.

Since the Great Depression-era Memphis has continued as a farm supply center.   Below are some pictures of citizens in 1937 when photographer Dorothea Lange visited. 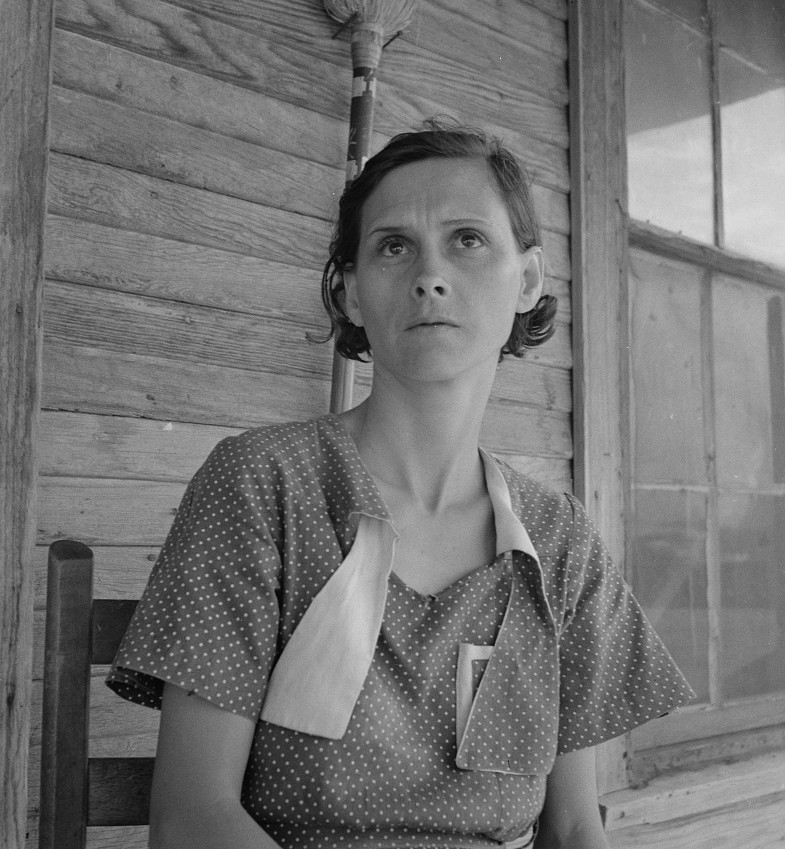 Part of a family on relief. Memphis, Texas by photographer Dorothea Lange June 1937 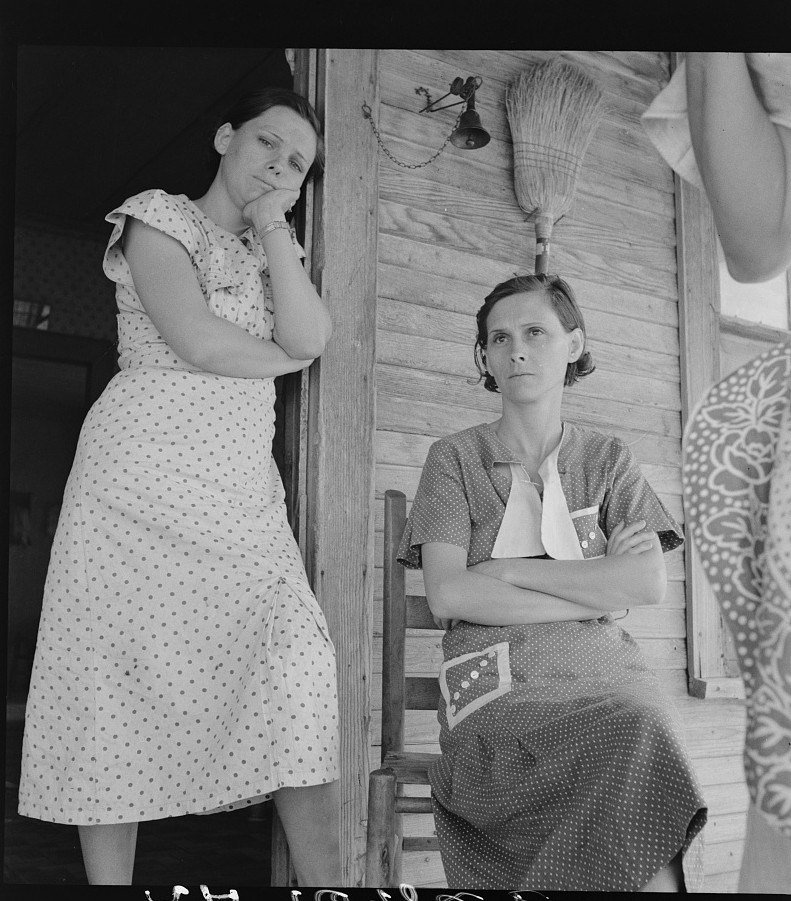 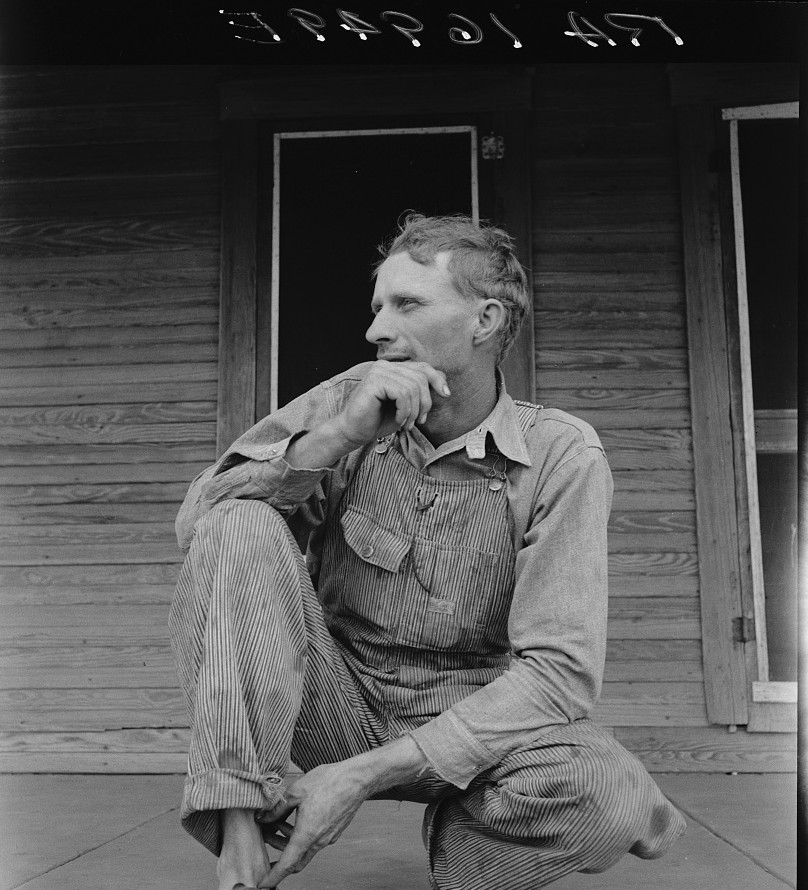 The tractor driver gets a dollar a day, this house to live in, and a cow to milk for working ten to eleven and a half hours daily. Three miles from Memphis, Texas. 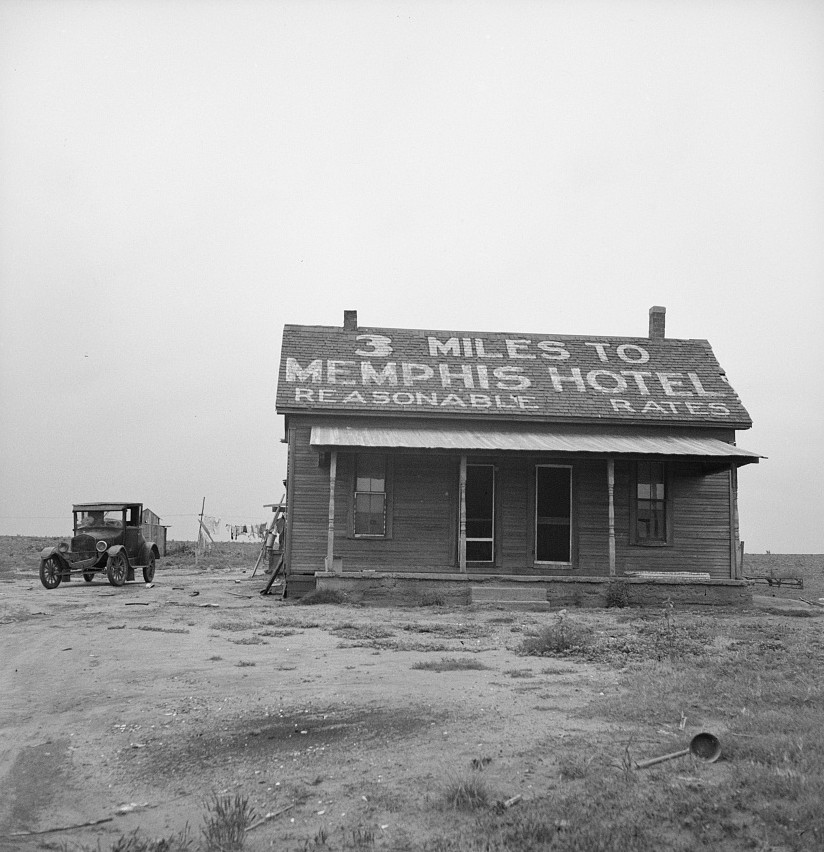 On the steps of the bank in the public square. Memphis, Texas by photographer Dorothea Lange June 1937 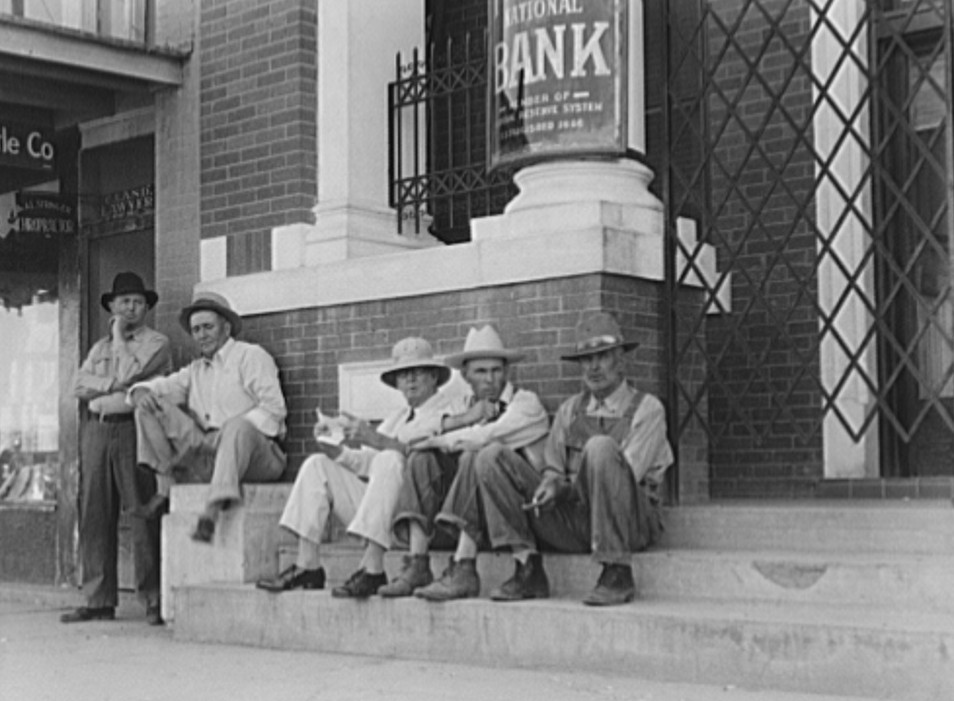 On the steps of the bank in the town square. Memphis, Texas by Dorothea Lange June 1937 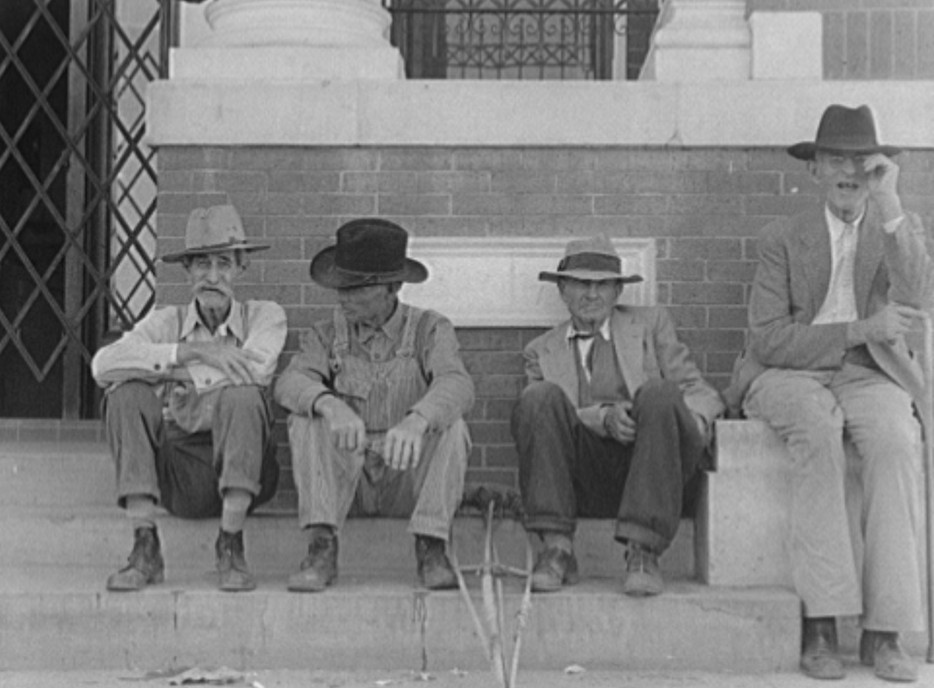 Farm owner near Memphis, Texas. He says, “I’d rather have renters than tractors on my place. I oppose the tractors. It puts too many off the land. I went to my limit, more than most, and kept my renters until this year. But I got seven hundred behind on my taxes, so I need all I can get” by photographer Dorothea Lange June 1937 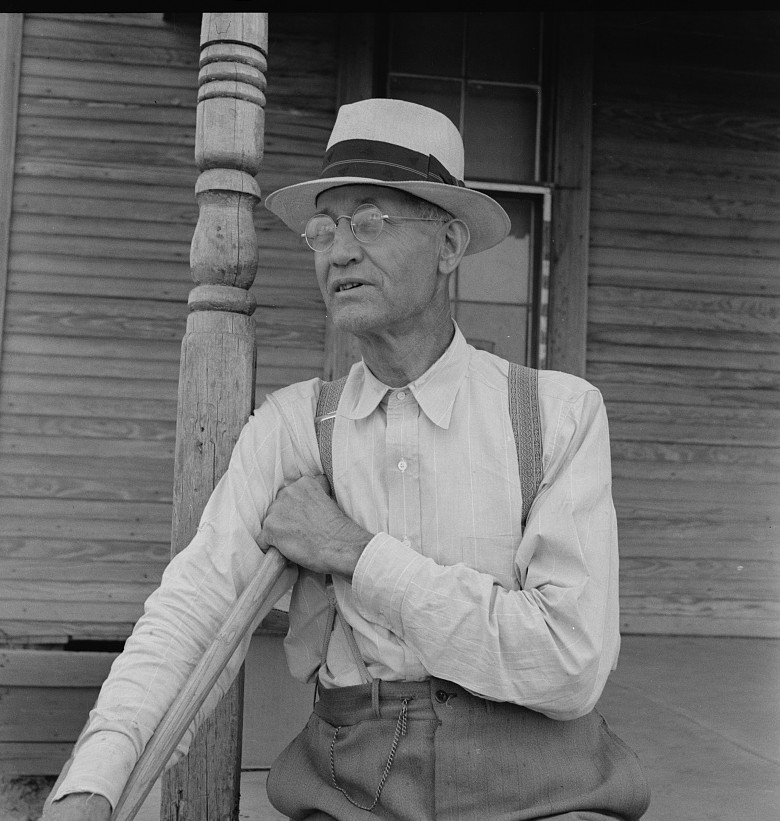 Below are some families who walked toward Memphis, Texas to escape the Great flood of 1937.  These people, with all their belongings, were bound for the lower Rio Grande Valley, where they hope to pick cotton. They came from Arkansas. The pictures were taken in June 1937. Can you imagine how hot it was with no trees around for shade? 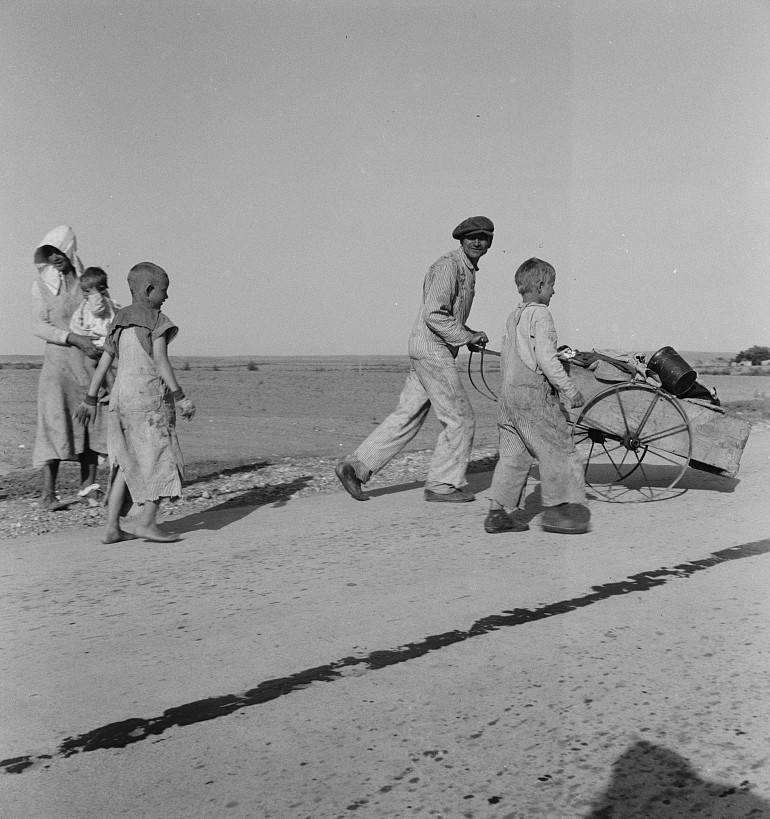 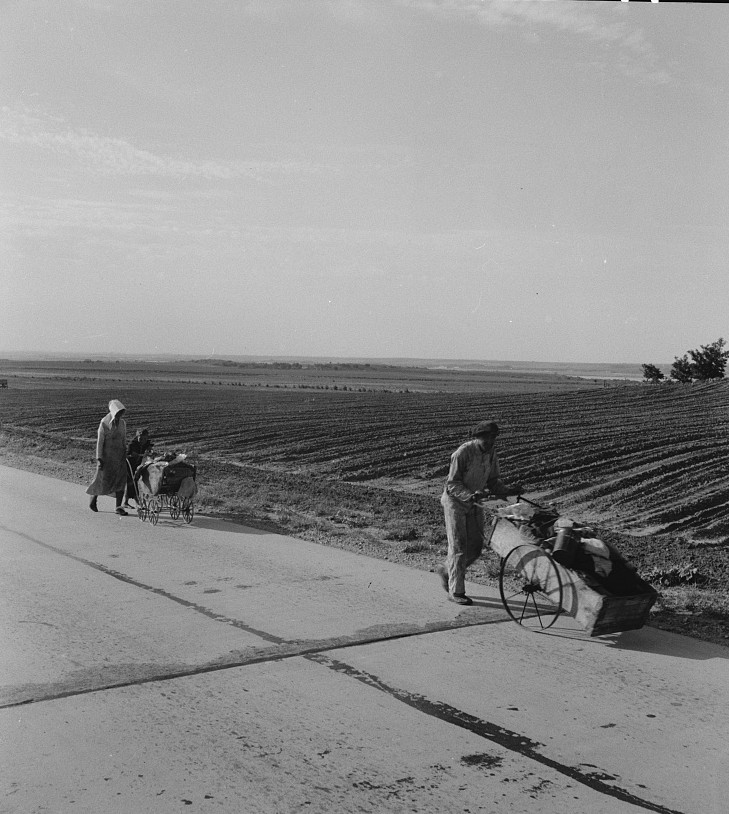 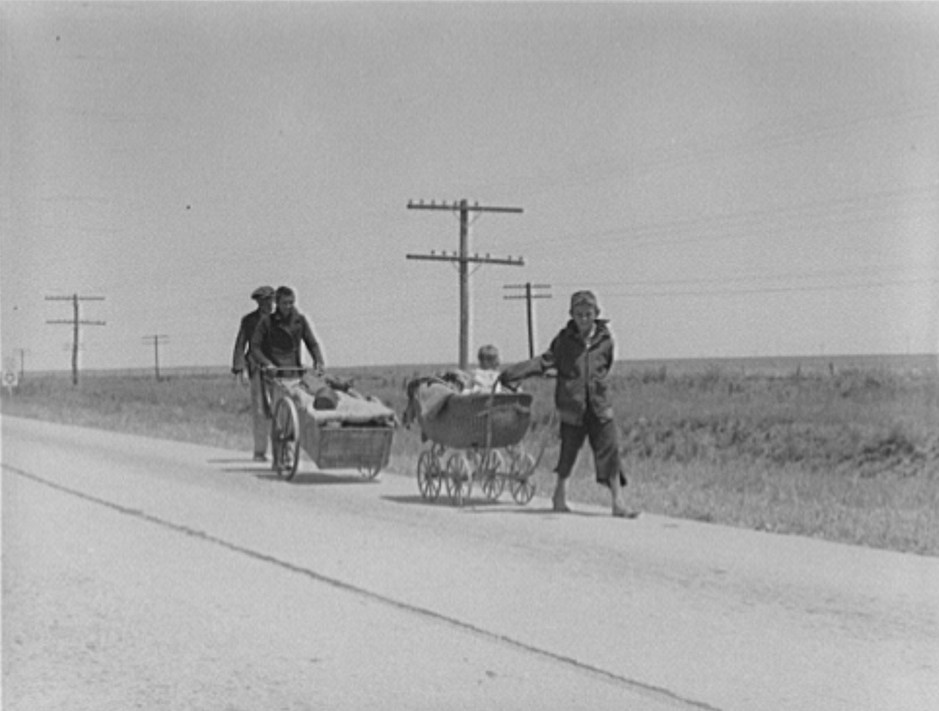 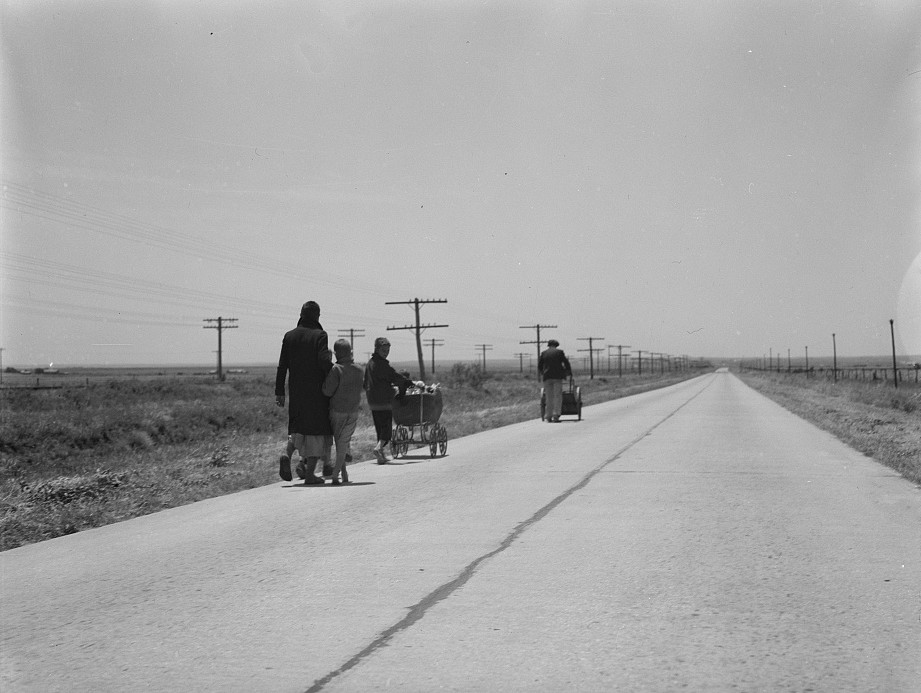 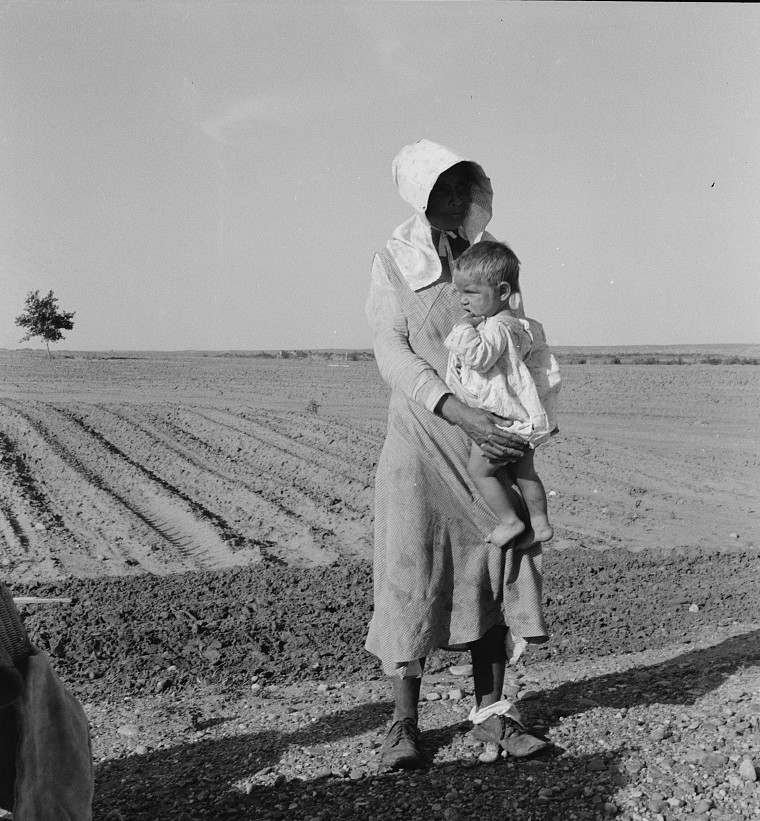 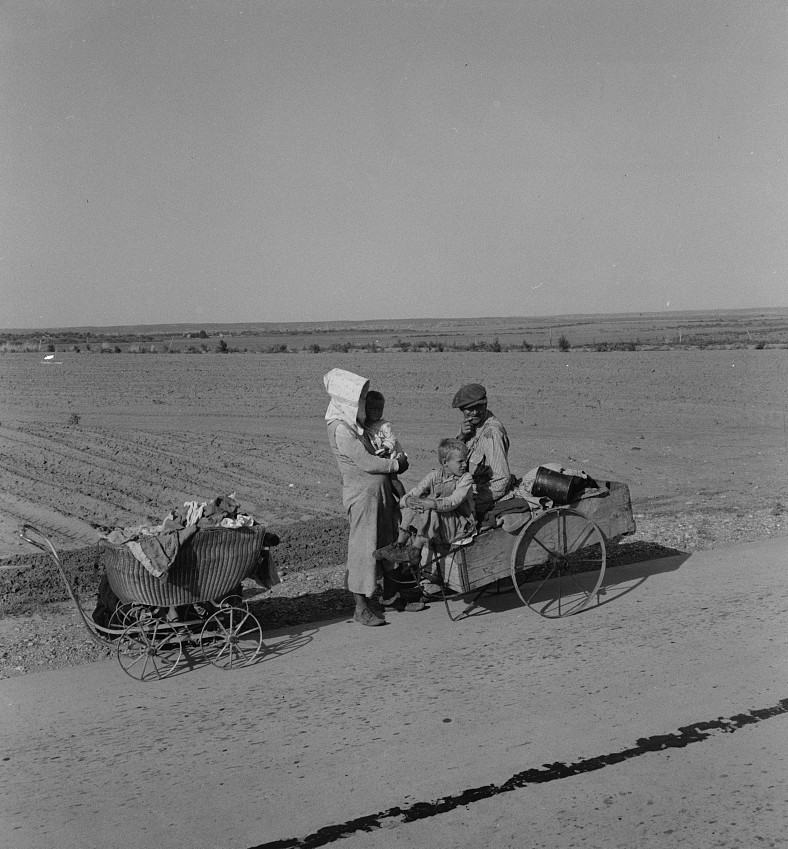 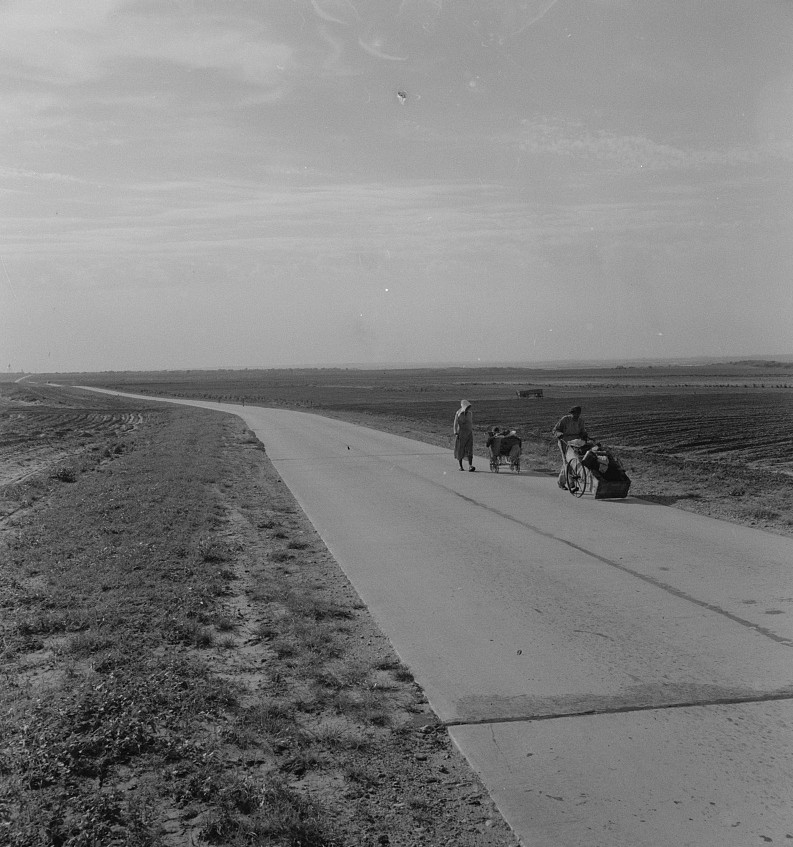 This is a brick street in the historic square of Memphis, Texas today. 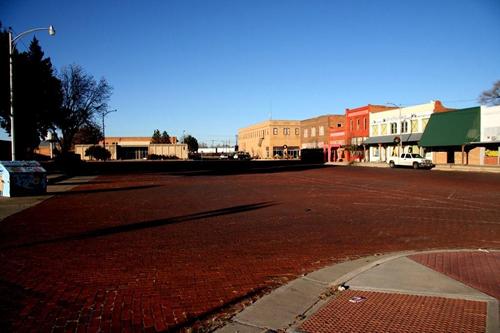 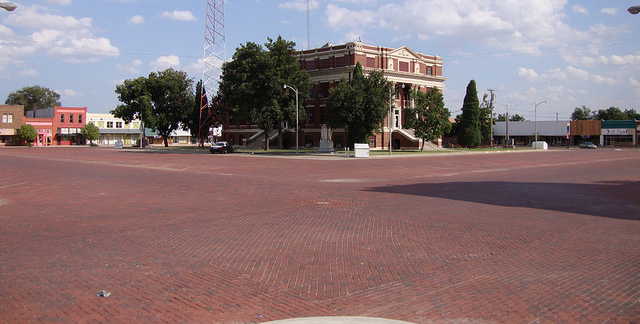 Faith and Courage: A Novel of Colonial America (Tapestry of Love) (Volume 2) In this action-packed novel depicting true events the family saga continues with Ambrose Dixon’s family. George Willson witnesses the execution of King Charles II and is forced to leave the woman he loves to witch hunters in 17th century England as he flees to his sister, Mary, and her husband Ambrose Dixon’s home in Colonial American. Ridden with guilt over difficult decisions he made to survive, George Willson and the Dixon’s embrace the Quaker faith which further creates problems for their existence in the New World.