I was five years old in 1937 and unknown to me was that my parents had decided to get me a tricycle for Christmas and had ordered one from Sears, Roebuck and Co. Several years would pass before my mother told me what really happened on that Christmas Eve. 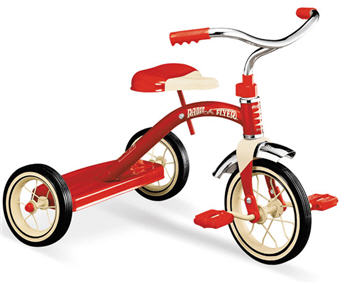 She had repeatedly called Sears and they kept promising that her order would arrive in time. Things got a little tense when only one hour before Sears was to close on Christmas Eve, Sears called and said “Come to the store as soon as you can”.

Mother told me that Dad left quickly to get my present, but once there found out the order had been switched. Instead of a tricycle, Sears presented Dad with a doll! It must have been hard for him to take a doll back to Mother. 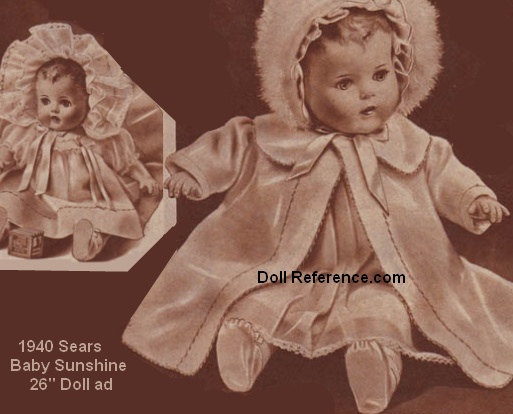 Christmas morning came and I got the prettiest little girl ever. She was 20 inches tall with blonde hair and blue eyes. Whenever I picked her up she opened her eyes and when I laid her down she closed her eyes. I named her Susie. My Grandmother lived with us and she enjoyed making clothes for Susie. I’ve liked girls ever since.

As the years flew by Susie kept to herself. Occasionally, when my wife and I had guests to visit us, I would get Susie in my arms, watch her eyes open to greet me and then make a grand entrance into where the guests were, so they could meet Susie. I really enjoyed analyzing the various facial expressions and comments of the guests.

Now we have problems! Susie’s toes were missing on one foot, but my wife found them. I glued the toes on and then my wife found a pair of Susie’s socks which made her feet look much better. Her skin has long cracks in it and she is as bald as a cue ball! What I have to face is that dreaded word – reconstruction. I’ve not told Susie about my plans in case they don’t happen. I’ve taken her back to her soft bed in the spare bedroom closet. She didn’t even wake up.