Dirt Poor – This phrase dates back to the 1930’s Depression era where there was extreme poverty and many people lived in dirty conditions. 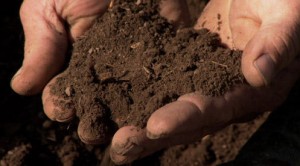 The source that claims it comes from England at an earlier date has largely been discounted. An article about “Life in the 1500s” circulated on the internet in April 1999 and according to Snopes  is nothing more than an extended joke, someone’s idea of an amusing leg-pull.  All of the historical and linguistic facts it purports to offer are simply made up and contrary to documented facts.

DYK: The real meaning of “set the table” is not what you may think

Did you know that most of the soldiers at Iwo Jima were only 17, 18, and 19-years old?
IN THEIR OWN WORDS: A Texas anecdote from days gone by
Don't miss the stories, get a daily dose of history