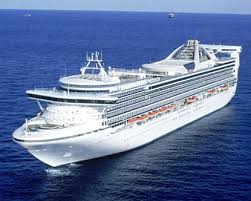 Don’t ever have a heart attack when traveling!

An adventure you don’t want to have to have is to become ill in a foreign country!

My next door neighbor, Erle and Virginia have in their lifetime traveled all over the world, either with the Friendship Force of Birmingham or with travel companies. They have been on many guided tours and cruises.

This spring they planned a long awaited desire to do a cruise from Cape Town, South Africa, with stops up the west coast of Africa, Morocco, Portugal, Spain, France and ending up in London, about a 28 day cruise.

The first leg of the journey was to fly from Birmingham, Al. to Cape Town, Africa. There, they boarded the Princess Line Cruise Ship and their adventure began.

This was a large ship and all the employees spoke English which was great. Everything was going smoothly having stopped in some of the countries on the African hump, the Verde Islands (Portugal) and the Canary Islands (Spain).

Leaving the Canary Islands they had encountered some heavy waters, the next stop was to be Casablanca, Morocco.

Then the unthinkable happened. Virginia woke up one night and found Erle sitting on the sofa in the cabin. “What is wrong?” She asked. Erle replies that he was having tightness in this chest and his fingers were “tingling.” Immediately, Virginia called the ship’s 911 number. Erle had had a heat attack some years ago and had a stent put in. Some of the symptoms were the same. The ship’s doctor came and they were taken the ship’s hospital area. The doctor made test and did confirmed that Erle was having a heart attack and he would need a stent.

The next question was how to get Erle to a hospital where the stent could be but in. It was determined that the Canary Islands were close but the high waves would prevent and a helicopter from landing. Flying out was out of the question. Then the decision was made to sail on to Casablanca, Morocco which was one and one half days away and put Erle in the hospital there to have the stent put in.

From the ship Virginia sent me an e-mail to say that Erle had a heart attack and they were sailing to Casablanca to enter the hospital there is have a stent put in. Their daughter, Syd was at the beach and her phone did not work.

When they docked in Casablanca they were met by an ambulance. They took their luggage with them and began a horrible ride. It was the worst traffic they had ever seen, except in Cairo, Egypt. The ambulance with blazing lights and sirens dodged traffic by driving on the wrong side of the road and shirting the sidewalks! Virginia and Erle just closed their eyes.

Upon arrival at the hospital they found they it was a large hospital but they only spoke French! Immediately Erle was given over to the care of the doctors and the echo cardiogram was done. It was determined that Erle needed two stents! The stents were put in place and Erle was to recoup for several days until the Rescue Nurse in Sao Paulo, Brazil could arrive in Casablanca. 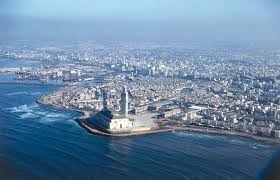 All the arrangements were arranged by the Princess Line Staff. They are set up for emergencies and have about 40 Rescue Nurses all over the world to manage the patient’s care.

During the hospital stay several thing happened that you don’t expect to see in a American Hospital, for instance; the sheets on the bed was changed every day except the pillowcase, there was no soap on the sink or towels in the hospital room. Virginia elected to sleep on the couch and stay in the hospital room with Erle rather than go to a hotel, not knowing the transportation system there.

The food was not good so one night Virginia asked a Princess Line appointed Interpreter to go get some Kentucky Fried Chicken, near the hospital. She had a hard time figuring out how to wash her hair since there was not a shower in the room. Needless to say Erle was not given a bath the whole time he was in the hospital!

The transportation back to the U.S. was delayed several days until the Rescue Nurse could arrive and make the arrangements. Friends of Erle and Virginia back in the states were always wondering what the status of the day of arrival home would be. The Princess Line arranged for their “On Call” telephone service to allow Virginia to talk to their daughter, Syd on two occasions, which was very nice.

When the Rescue Nurse, Chris arrived she put in motion the travel plans. The three of them would go by Taxi to the Casablanca Airport. She had arranged for Erle and her to ride in First Class seating on the plane. Virginia was in Economy Class. Flying, first to Paris France, Erle was administered oxygen and had his vital signs check often by the nurse. Upon arriving in Paris, Chris arranged for them to stay in a hotel overnight. Chris had porters to transport their luggage. Their plane to Atlanta and Birmingham would fly the next day. The next morning they were carried back to the Paris airport and flew to Atlanta.

Arriving in Atlanta, Virginia tried to get Chris to leave them since they were so close to home, but she declined, saying that her responsibility was to see them safely home.

Birmingham never looked so good! Chris had a town car waiting at the airport and rode with them to their home in Hoover. Chris flew back to Sao Paulo, Brazil the next day.

Lesson learned: Never leave home on a trip unless you have insurance. When Erle and Virginia booked the cruise they took out the Princess Cruise Line Insurance. All their medical expenses, services of a Rescue Nurse, hotel room in Paris and transportation were all covered.

Erle is recovering at home. This “Adventure on the High Seas” had a happy ending.