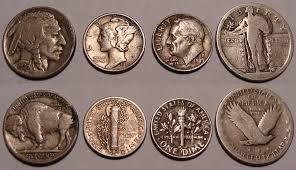 This was largely because the founding fathers had seen the bills issued by the Continental Congress to finance the American Revolution—called “continentals”—become virtually worthless by the end of the war. The implosion of the continental eroded faith in paper currency to such an extent that the Constitutional Convention delegates decided to remain silent on the issue.”i

The Legal Tender Act of 1862 issued $150 million in national notes called greenbacks. The bills were backed only by the national government’s promise to redeem them and their value was dependent on public confidence in the government as well as the ability of the government to give out specie in exchange for the bills in the future. Many thought this promise backing the bills was about as good as the green ink printed on one side, hence the name “greenbacks.”

The National Banking Acts of 1863 and 1864 were two United States federal banking acts that established a system of national banks for banks, and created the United States National Banking System. They encouraged development of a national currency backed by bank holdings of U.S. Treasury securities and established the Office of the Comptroller of the Currency as part of the United States Department of the Treasury and authorized the Comptroller to examine and regulate nationally chartered banks.

The nation was recovering from Civil War debts when greenbacks were issued so some people probably preferred coin rather than paper money when the following news article appeared in the Birmingham Iron Age on May 28, 1874. I’m sure the health risk added to their distrust of paper currency.

A recent number of a “health journals” says:

“One of the strongest arguments against the paper currency now in circulation is that it spreads disease. Thousands of persons annually die from small pox taken from money that passes through their hands.” This is dreadful, and after reading it I feel disposed never to touch another dollar of the money again. But other people are different.

I know that the statement will appear incredible, I know people will scoff at the assertion, I am aware that I make myself liable to a charge of frightful mendacity, and yet it is an absolute truth that I can lay my hand on a reckless dare-devil of a man who will stuff his clothes with all the paper money he can get and take his chances with the epidemic. It may seem strange that such foolhardiness should exist, and yet this man of mine would indulge in it if he had a chance. Some men are born so that they can face death without a shudder. (Max Adeler)