Many people traveled to California from all over the country in the 1930’s seeking work due to the Great Depression and Dust Bowl.

They traveled in many vehicles, by trains, trucks, cars and many were homemade trailers. Some even walked. Dorothea Lange, the photographer captured many of these various modes of transportation.

The photograph below is a car with a homemade trailer traveling down U. S. 101 near King City in 1936 of a middle-aged man and his wife. They were traveling from Wisconsin to California. When questioned about his trailer by photographer Dorothea Lange, the man said,  “Old Man Depression sent us out on the road. Been out two years. You don’t know anything about how many people are living in trailers, till you ‘hit’ Florida” 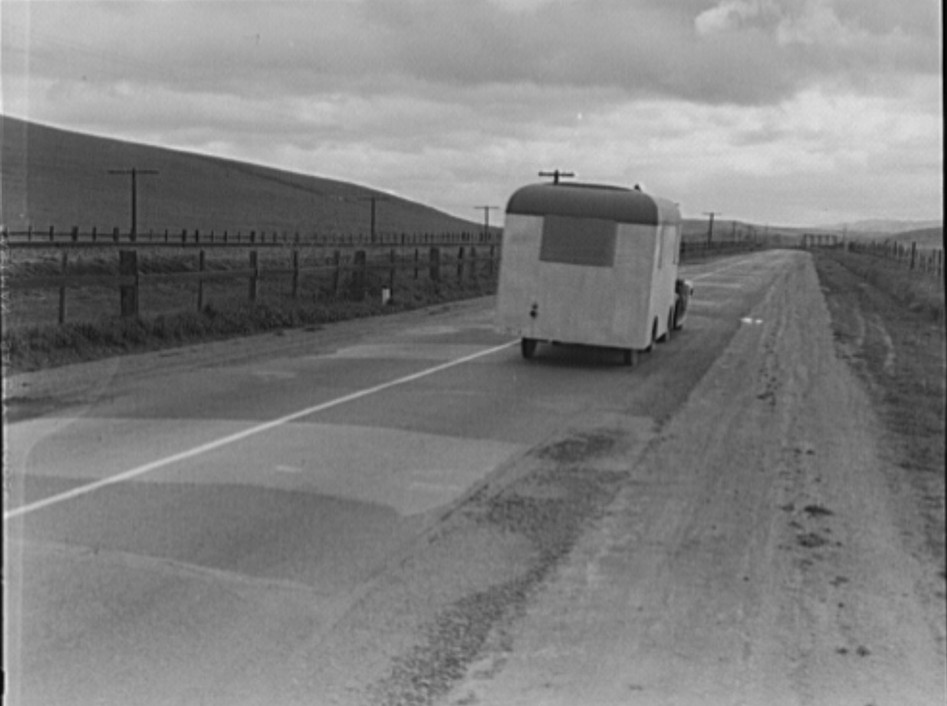 The photographer, Dorothea Lange noted that she passed twenty-eight cars of the type below of migrant families on U. S. Highway 99 between Bakersfield and Famoso, California while driving thirty-five miles between 9:00 and 9:45 in the morning November 1936. 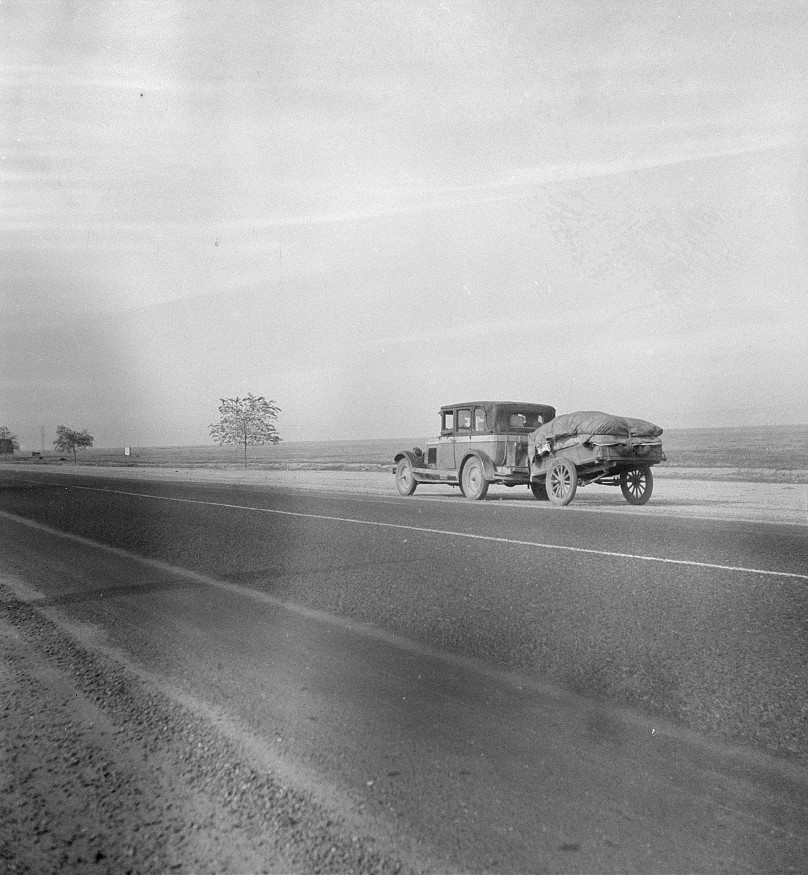 An oil worker built himself a trailer and took to the road California. It looks like he had trouble with a tire on the trailer. 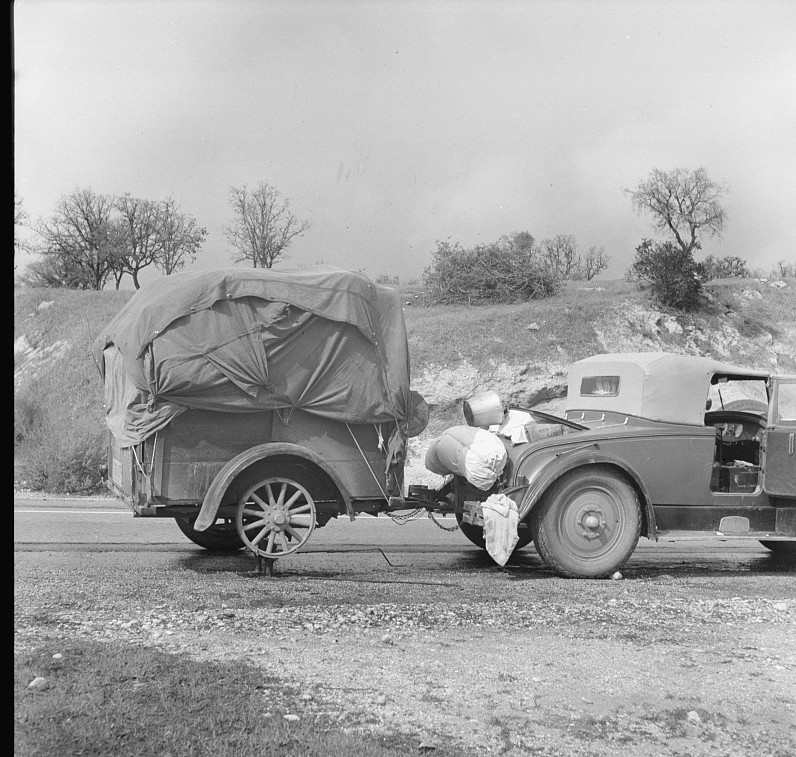 Three carloads of Mexicans were headed for the Imperial Valley to harvest peas near Bakersfield, California in 1936. 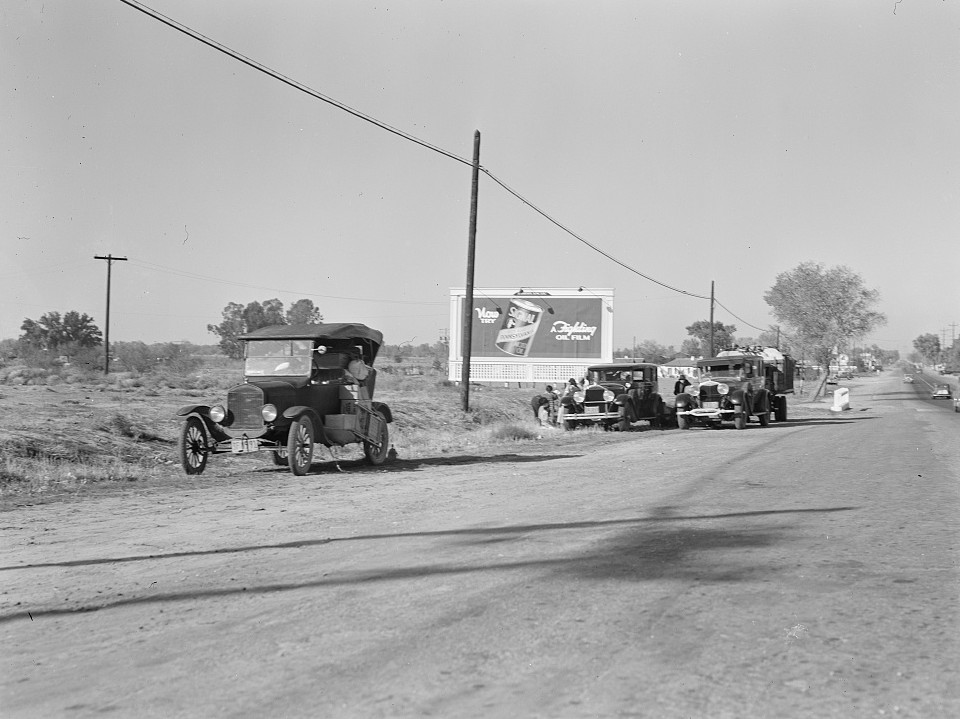 This family of Mexicans was having tire trouble on the road. They were looking for work in the pea fields of  California in February of 1936. 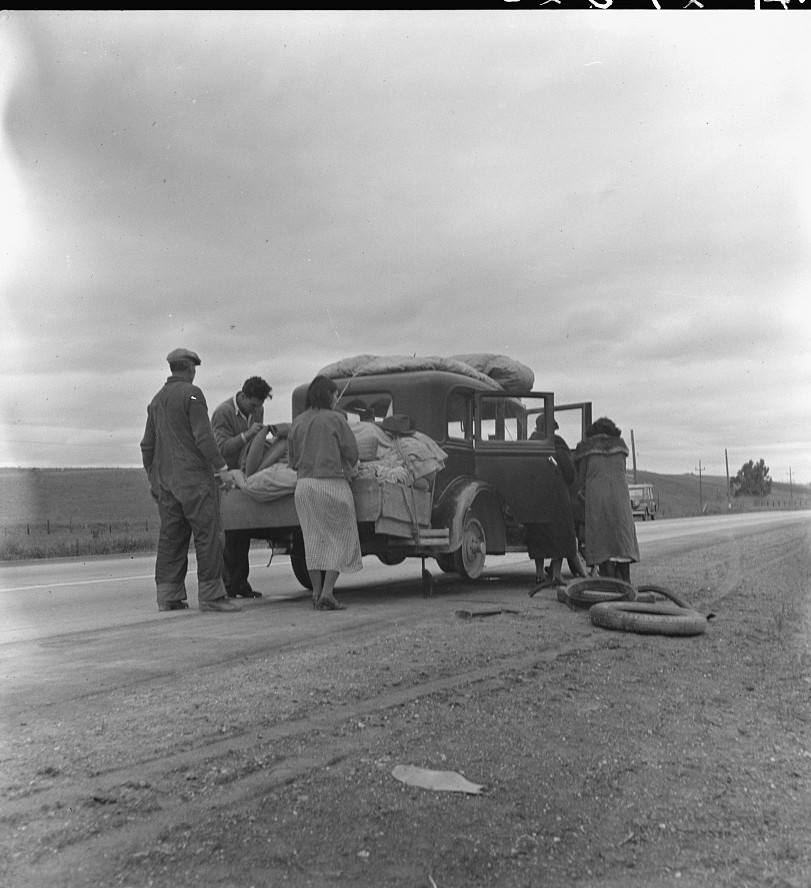 These migrant pea workers on the road have all their worldly possessions in a car and trailer as they head to California. 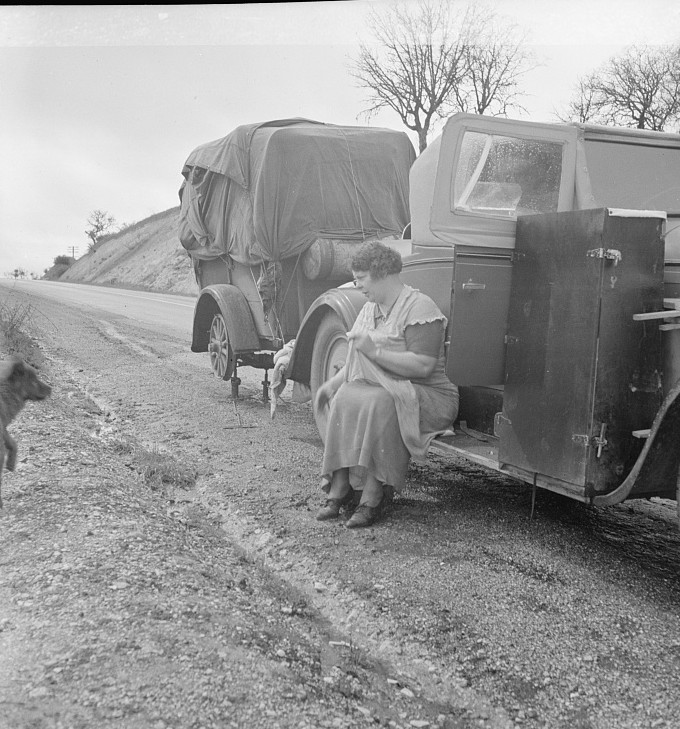 Photographer Dorothea Lange took a photograph of one more home on wheels headed to California with at least two occupants. 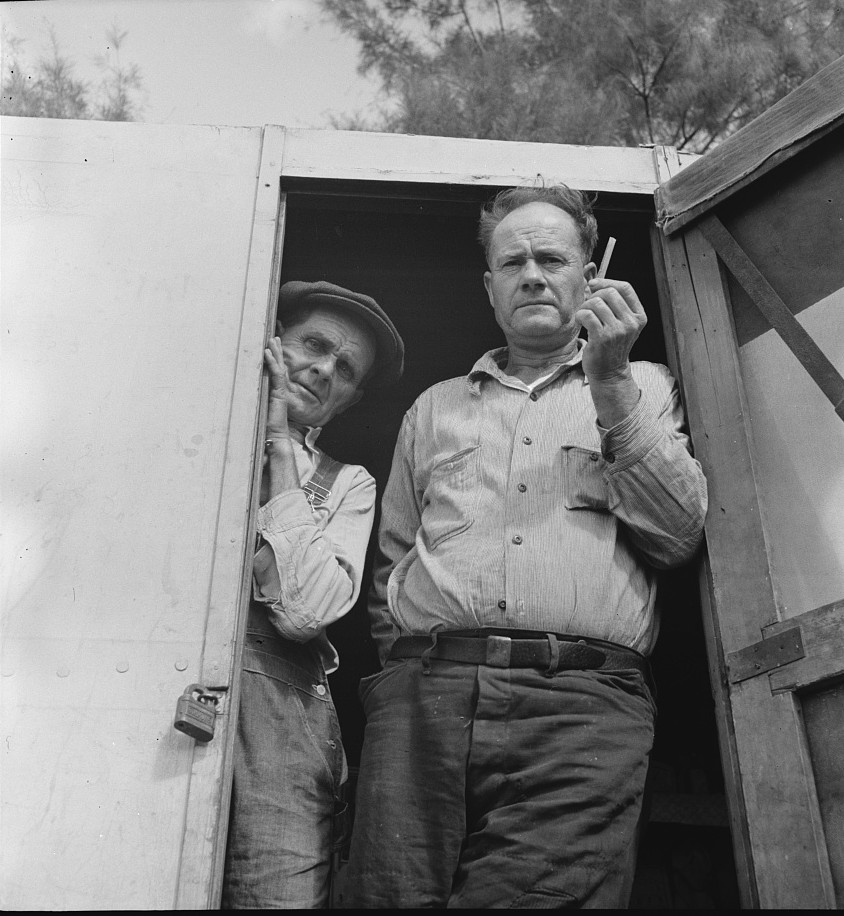 The string of five housecars below represents good conditions among pea pickers in California in 1936. 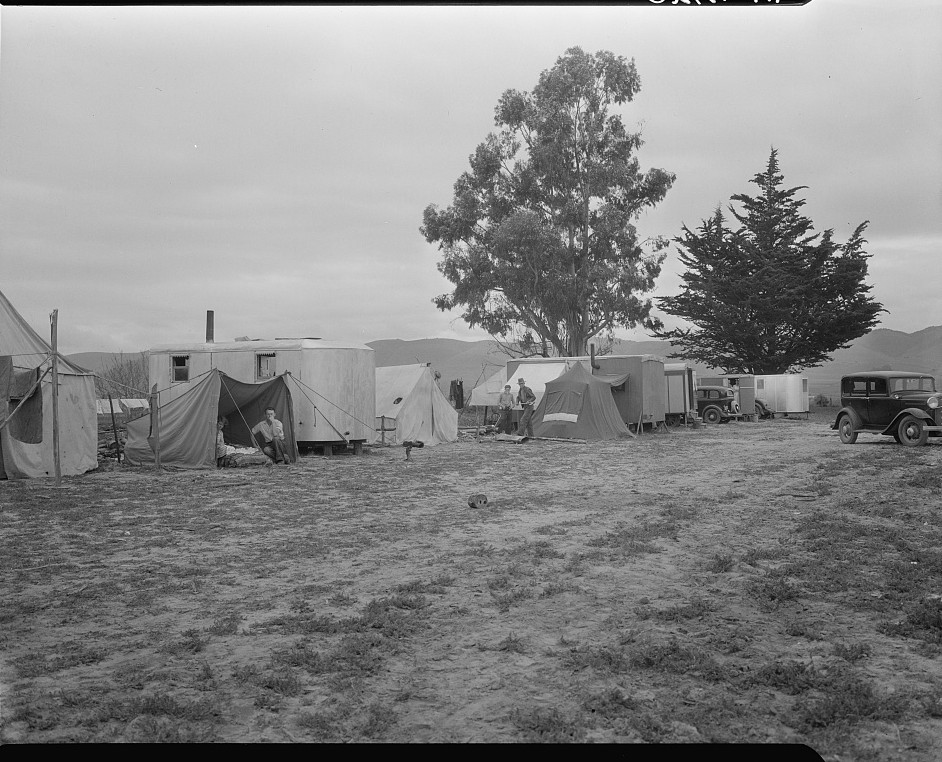 Mexicans bound for the Imperial Valley to harvest peas. Near Bakersfield, California Nov. 1936 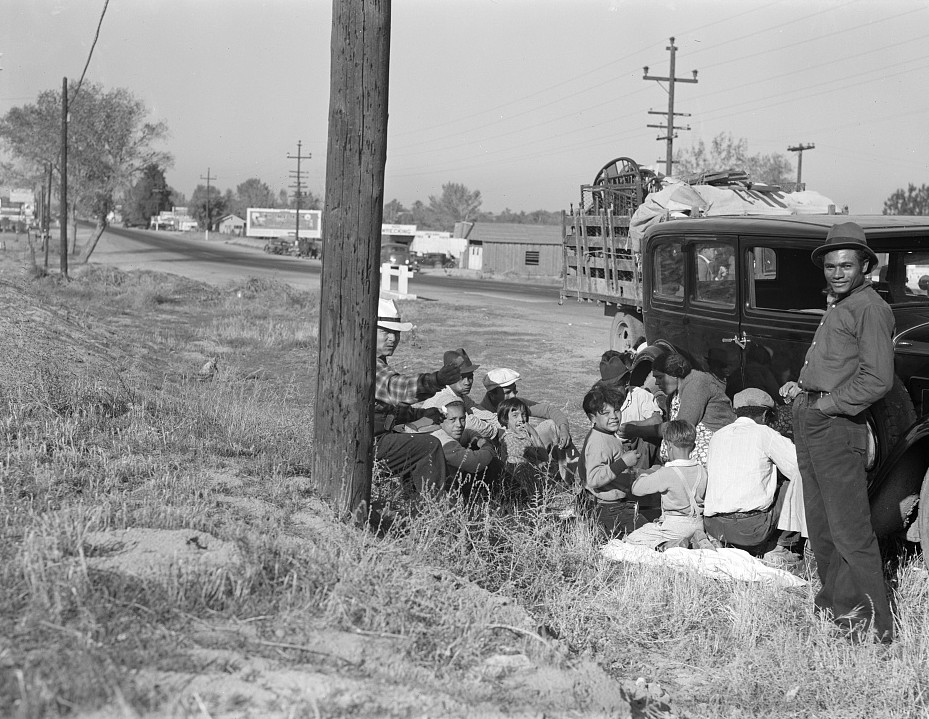 This young family was seen. They were penniless and hitchhiking on U.S. Highway 99, California. The father, twenty-four, and the mother, seventeen, came from Winston-Salem, North Carolina, early in 1935. Their baby was born in the Imperial Valley, California, where they were working as field laborers. 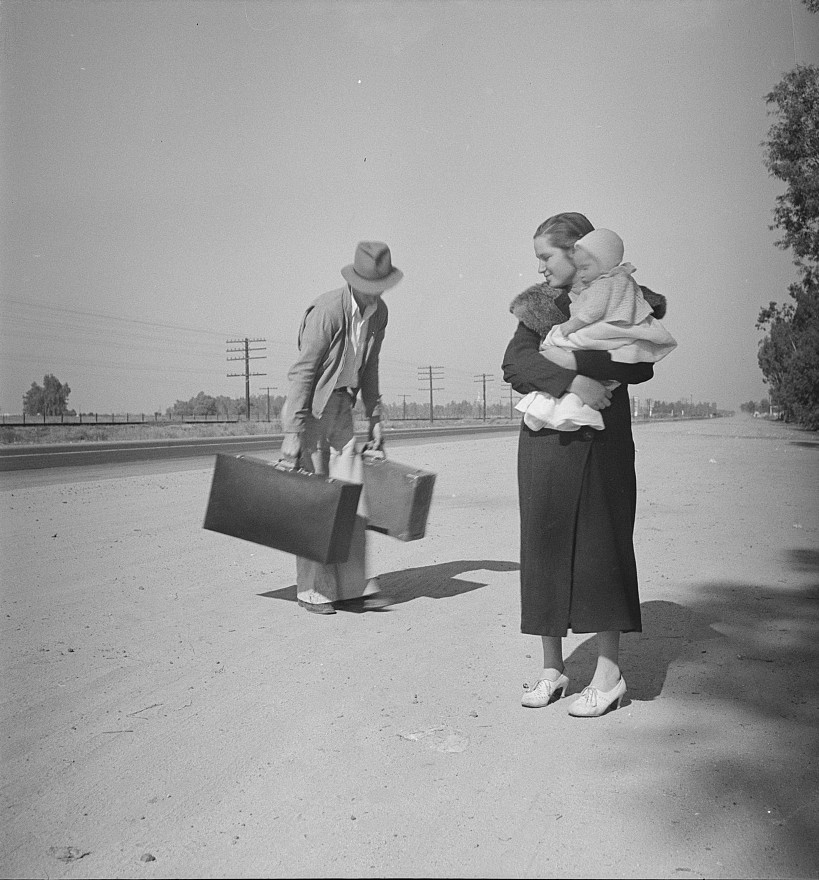 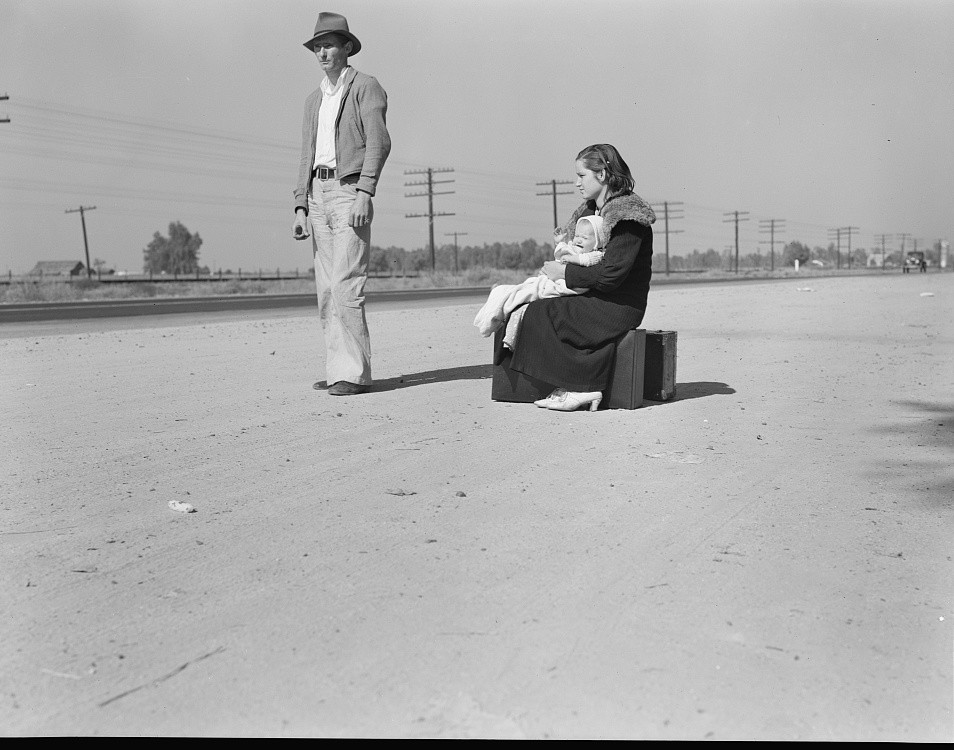 To serve the crops of California, thousands of families lived on wheels. These were near Bakersfield, California. 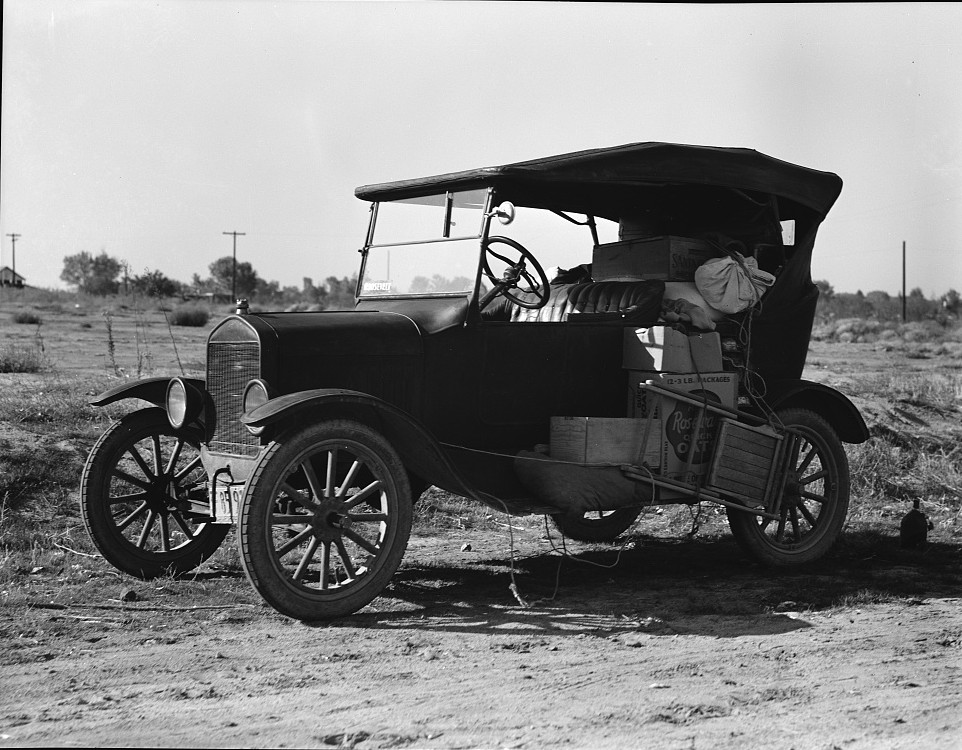 Migratory families often lived in auto camps on the way to California. 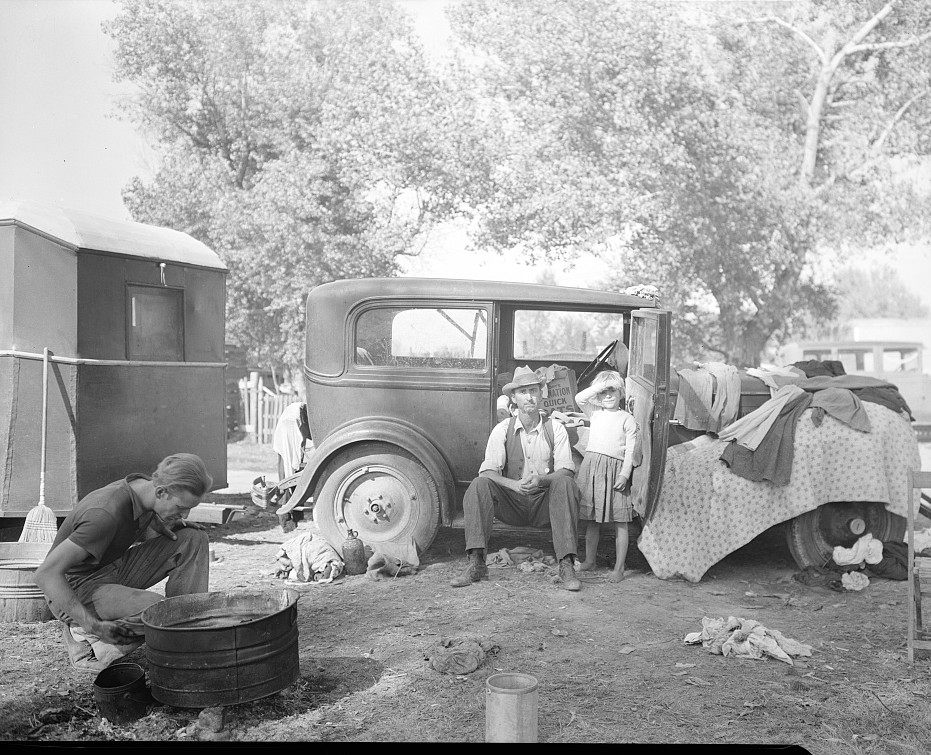 This wife of a migratory worker is doing her best to wash clothes in an auto camp in California. 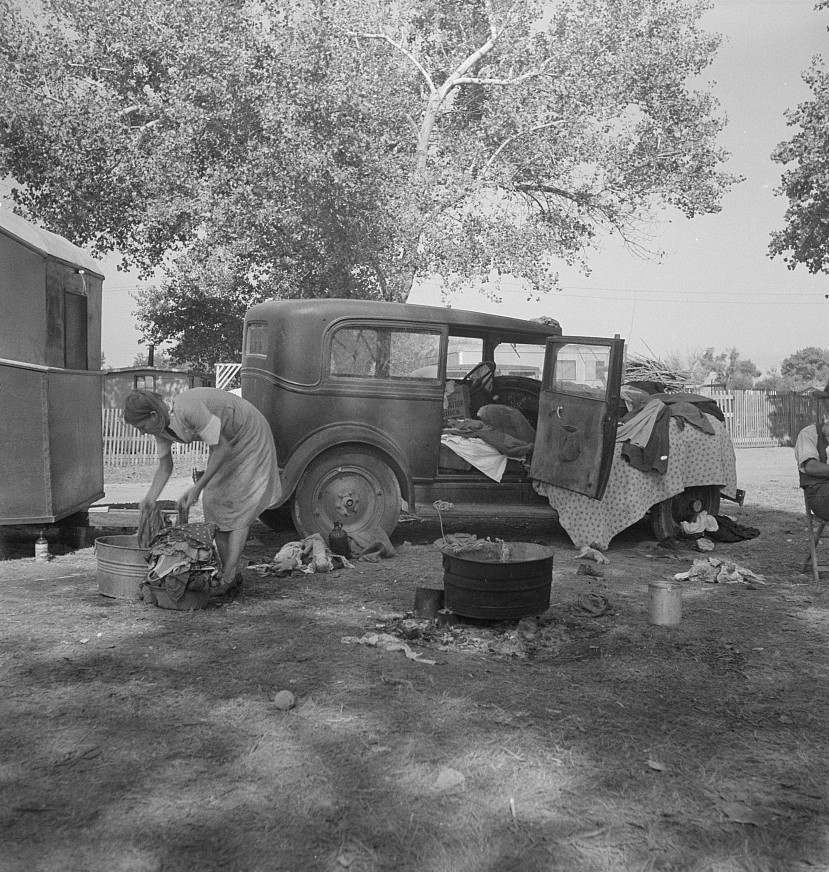 DYK: Do you know where the word pandemonium comes from?
DYK: The phrase Katy bar the door dates back to the 13th century
Don't miss the stories, get a daily dose of history