Speak of the devil -This phrase is used to acknowledge the coincidence of someone arriving at a scene just at the time that they are being talked about. 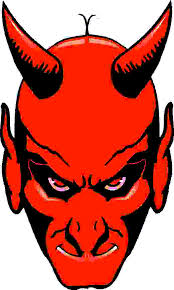 The full form goes like this – “speak of the Devil and he will appear”. The phrase originated in England, where it was, and still is, more often given as ‘talk of the Devil’. People once believed that you could actually summon the Devil by saying his name.

DYK: ‘Without a clue’ once meant something different than it does today

DYK: He is the true meaning of ‘Go The Extra Mile’

DYK: The phrase Katy bar the door dates back to the 13th century

Haunting [photographs] reveal the lives of largest migration in American history
What if you had to pack everything in your house and move across country in a covered wagon like this?
Don't miss the stories, get a daily dose of history