The garment industry is one of the oldest and largest export industries. We often hear of sweatshops and under age workers in other countries, but there was a time in America when sweatshops were common as well as those who worked at home and required their children to assist in the work. The photographs below were taken by photojournalist, Lewis Wickes Hine in New York depict this time in our history.

Many children worked at home on clothing rather than attend school as can be seen in the photographs below.

1 P.M. Family of Onofrio Cottone, 7 Extra Pl., N.Y., finishing garments in a terribly run down tenement. The father works on the street. The three oldest children help the mother on garments. Joseph, 14, Andrew, 10, Rosie, 7, and all together they make about $2 a week when work is plenty. There are two babies. Location: New York City, New York January 1913 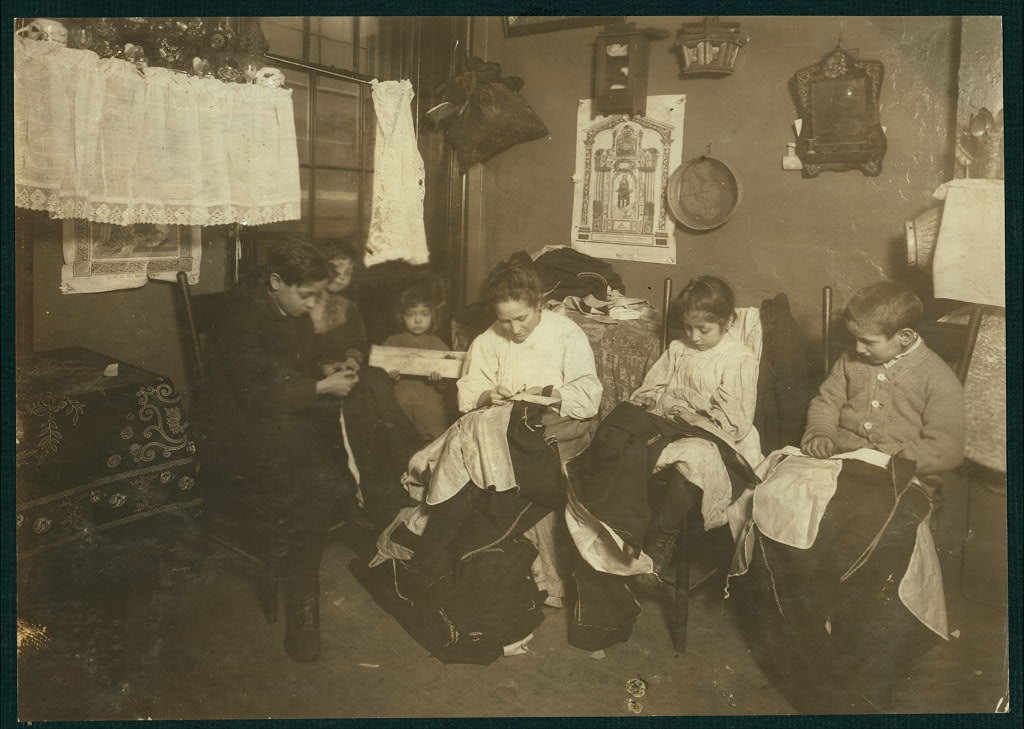 High up on the top floor of a rickety tenement, 214 Elizabeth St., N.Y., this mother and her two children, boy 10 years old and the girl 12, were living in a tiny one room, and were finishing garments. The garments were packed under the bed and on top of it and around the room. Said the make from $1 to $2 a week, and the boys [sic] earns some selling newspapers. I could not get their name. Location: New York City, New York January 1913 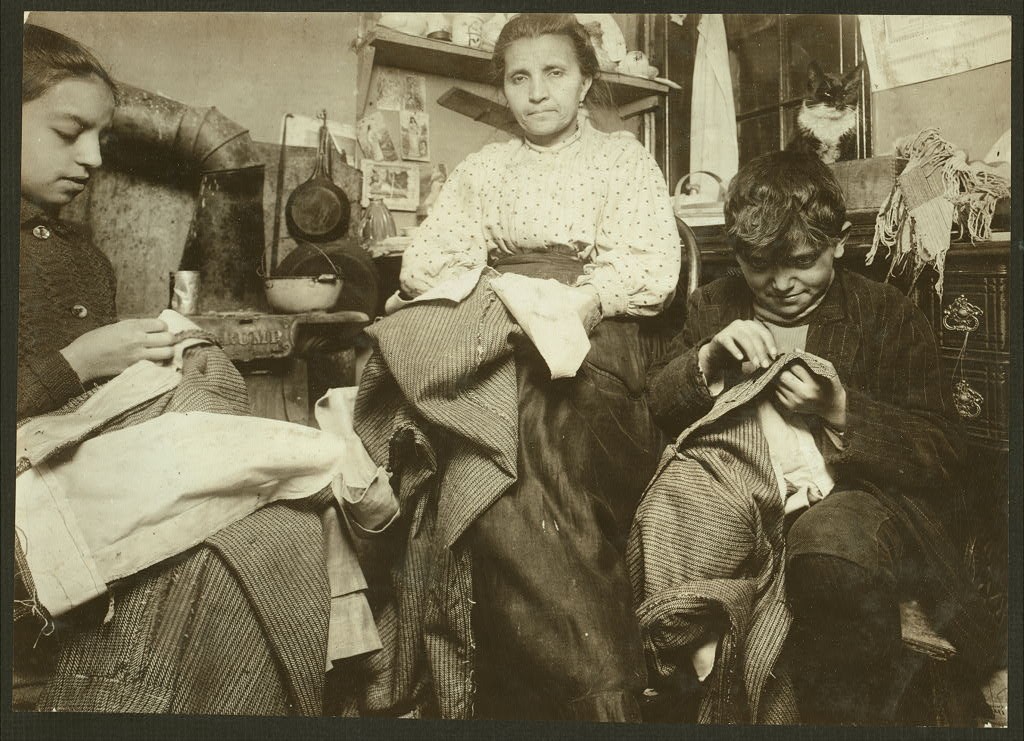 Three girls and a boy working on garments, February 1910 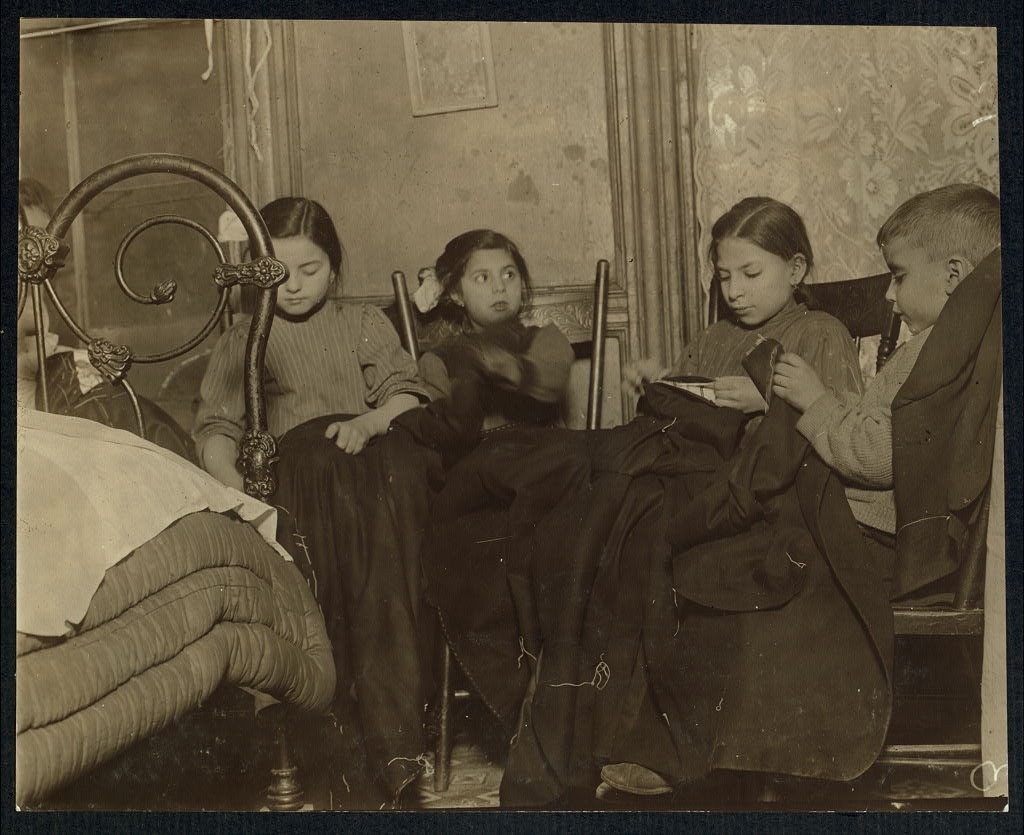 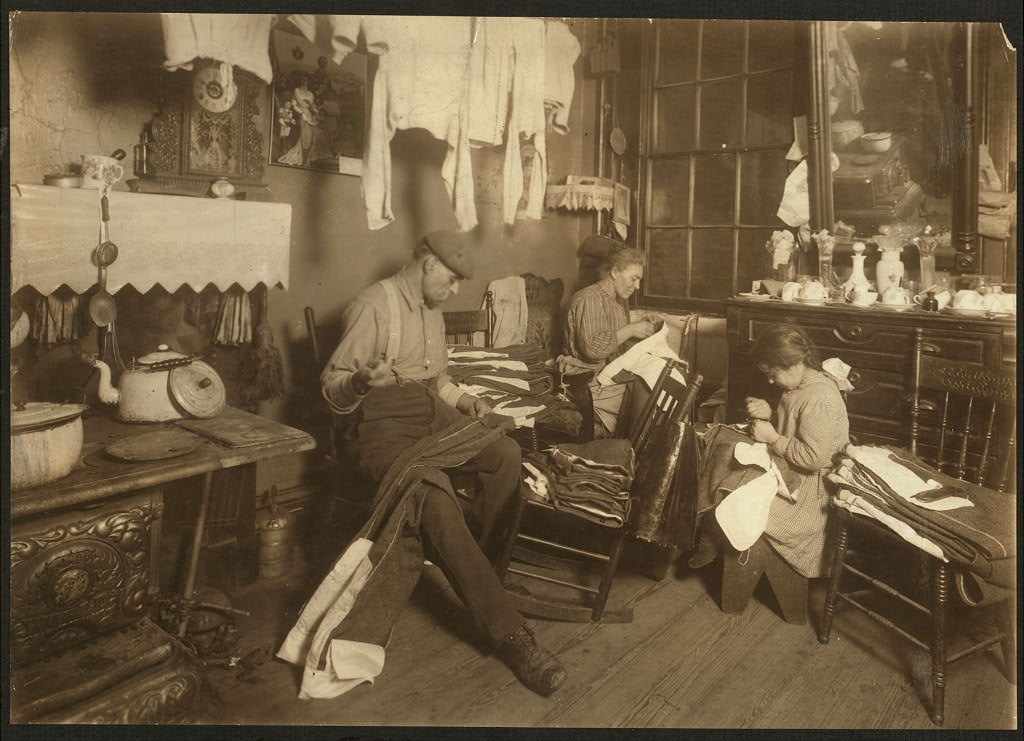 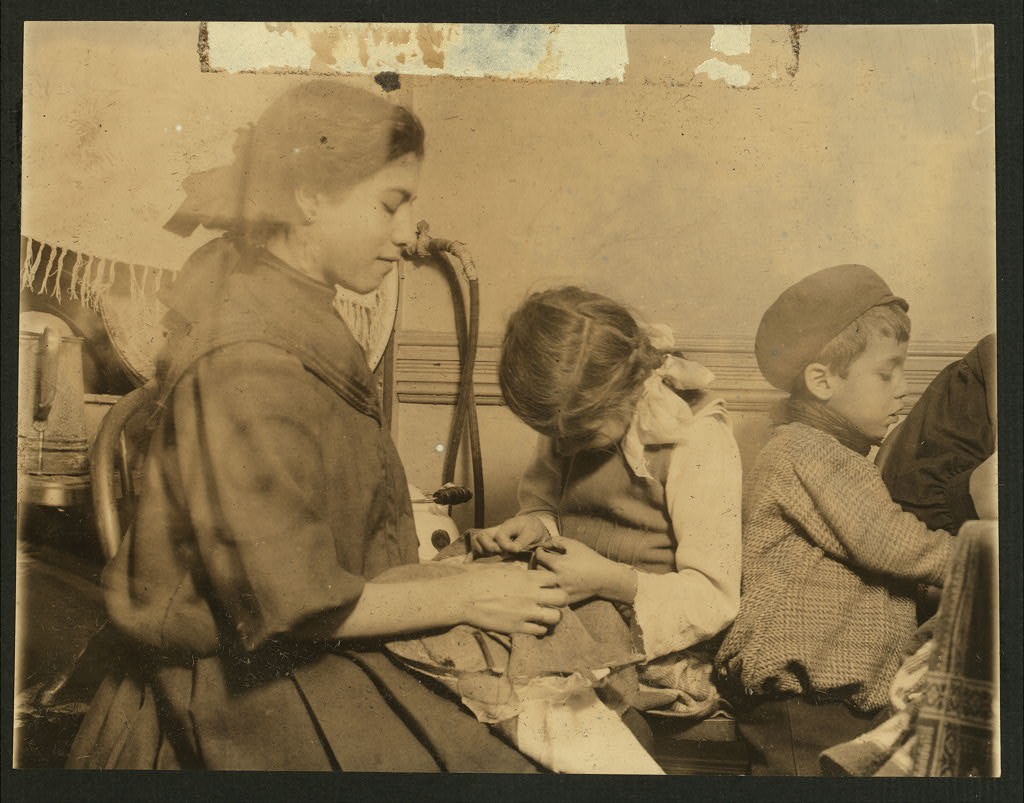 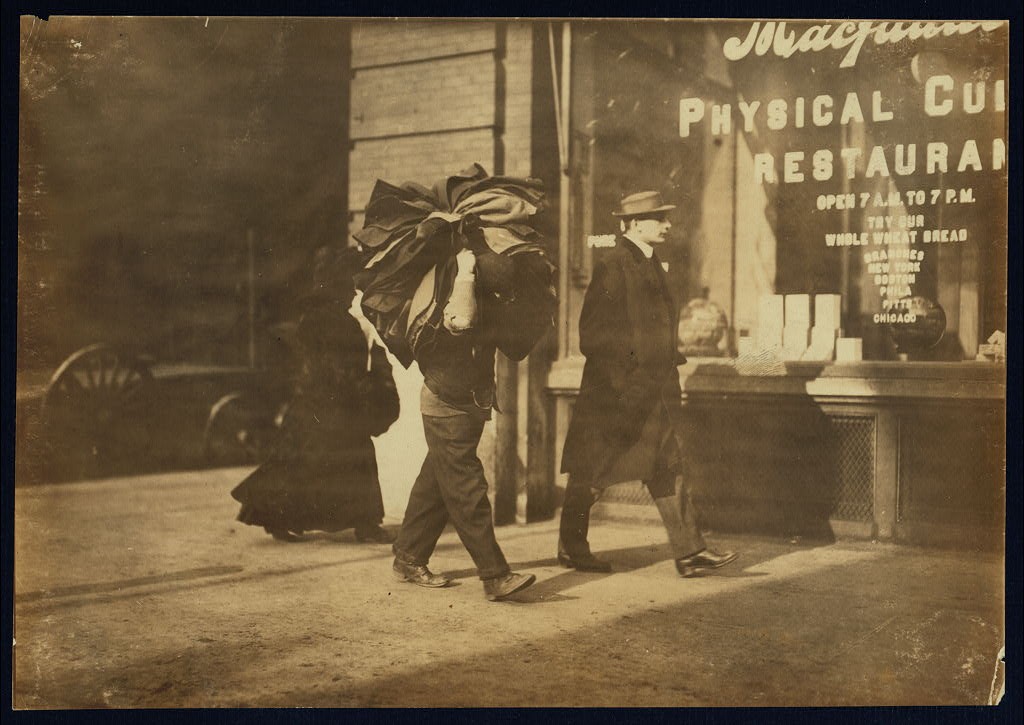 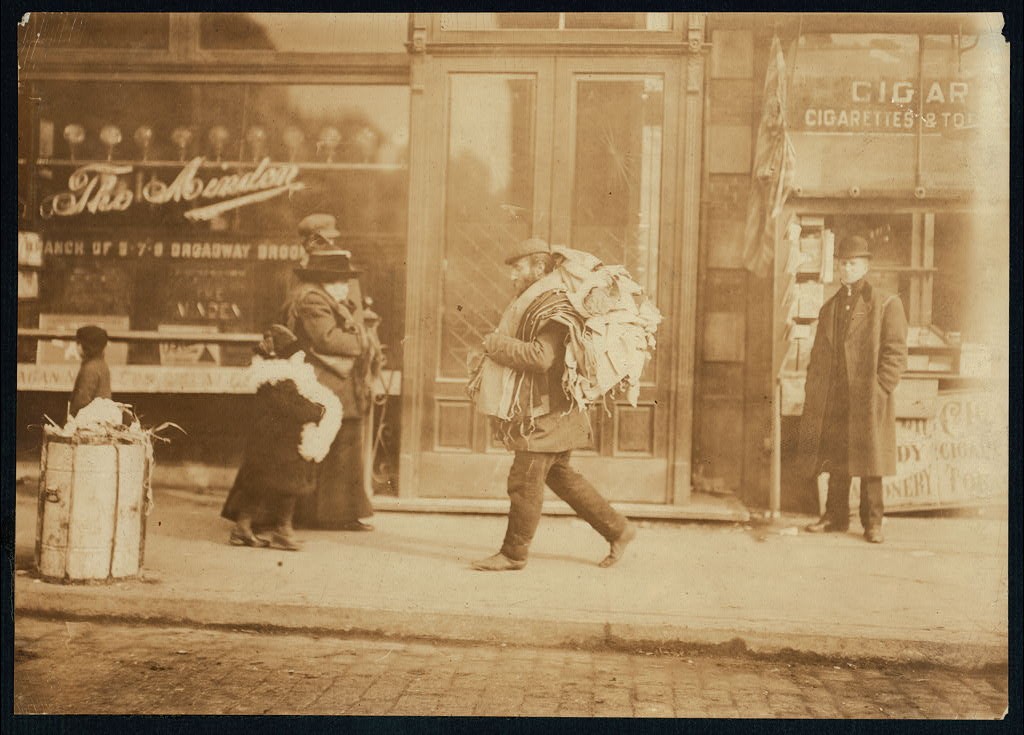 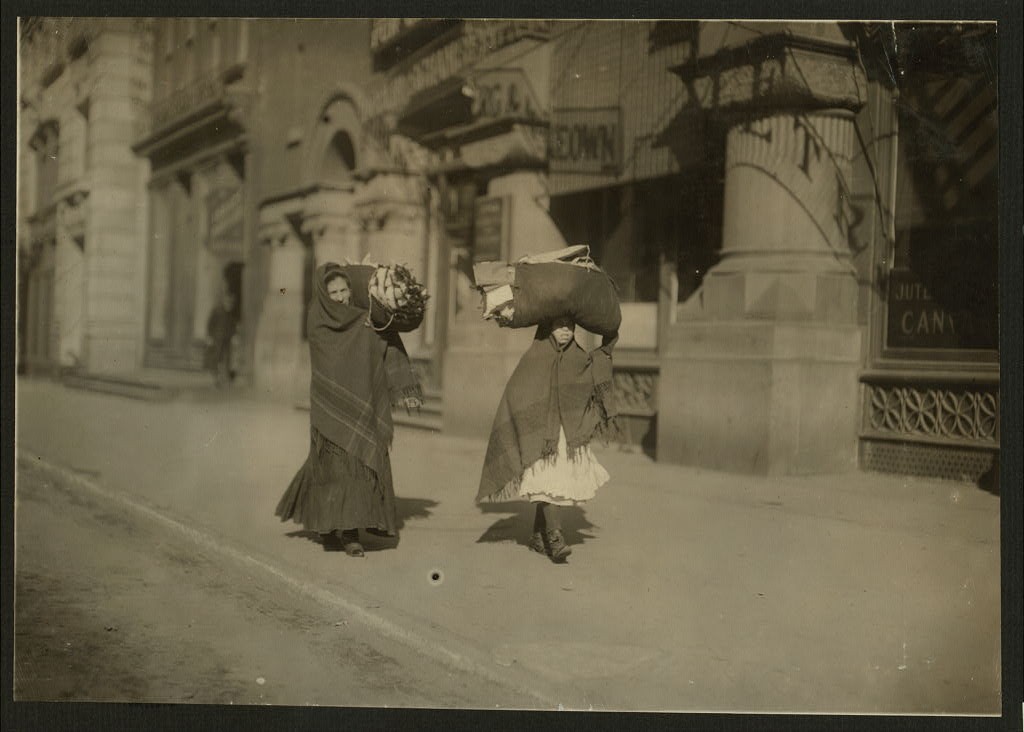 Informal garment and textile workers often experience isolation, invisibility and lack of power, especially those who produce from their homes.

Travel trailers were especially helpful during the Great Depression of the 1930s – see film and pictures
Proud migrant workers in these pics once owned farms
Don't miss the stories, get a daily dose of history