While doing research for my historical fiction series, Tapestry of Love, which is set in the 17th century on the Eastern Shore of Virginia and Maryland, I discovered a considerable amount of history occurred on the off shore islands of Virginia and Maryland.  I am saddened to see that today, many of these islands are gradually disappearing into the ocean. See stories in Newsweek – Smith Island Is Sinking Into the Chesapeake Bay Thanks to Climate Change and That Sinking Feeling 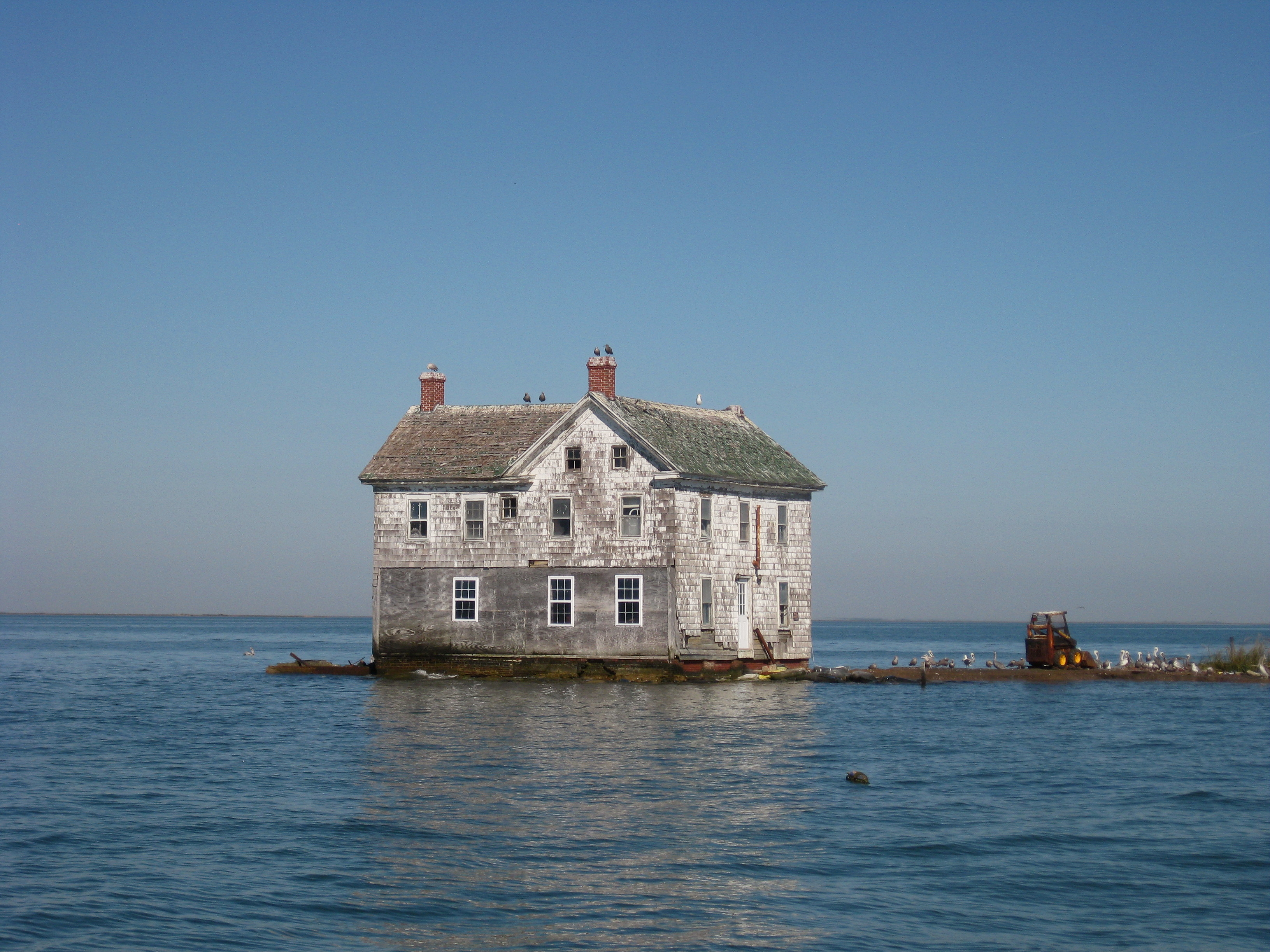 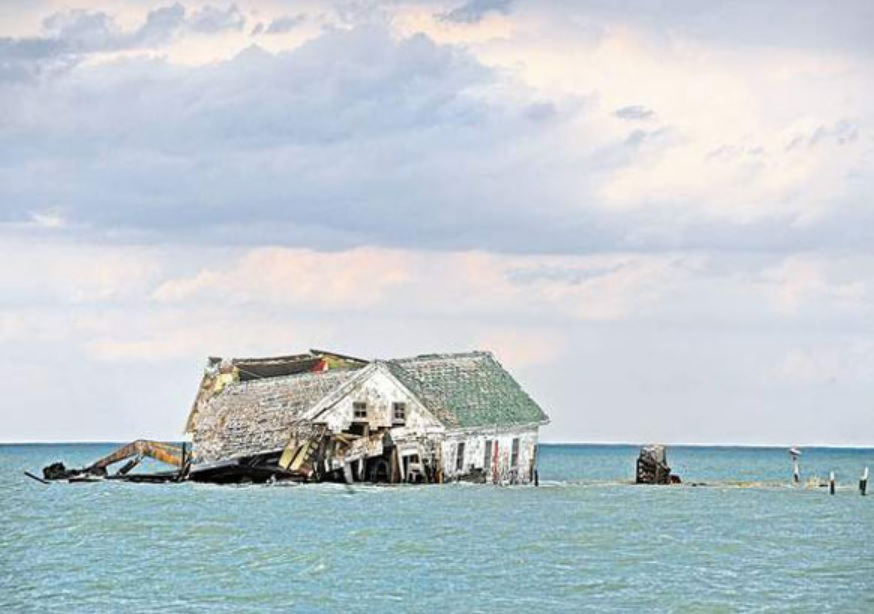 Oldest house fell into the bay in October 2010  (Sometimes interesting.com) 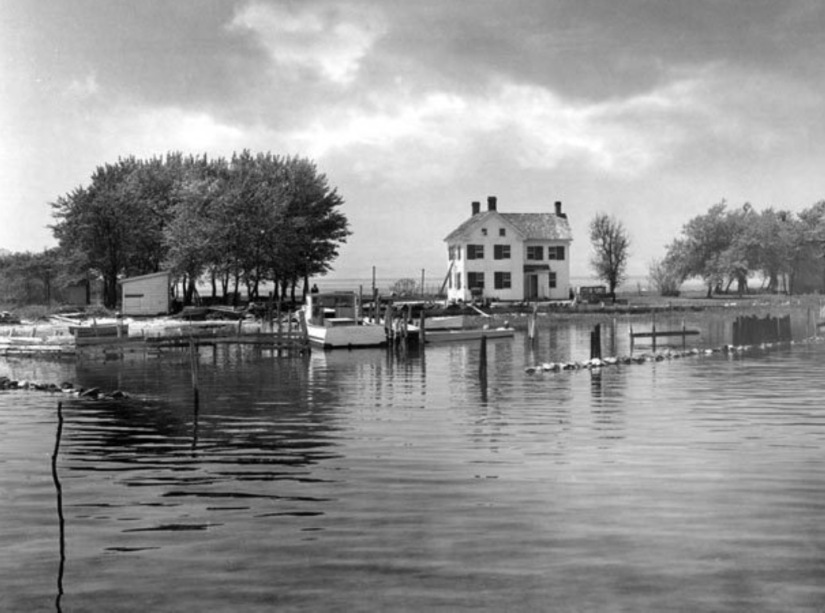 Holland Island was once a marshy, island in the Chesapeake Bay in Dorchester County, Maryland, west of Salisbury,USA, located in the Holland Strait, between Bloodsworth Island and Smith Island, six miles west of Wenona, Maryland.

Originally, settled in the 1600s, the island was inhabited by watermen and farmers. Its name comes from Daniel Holland, the original purchaser of the property. In 1850, a community of fishing and farming families lived on the island, and by 1910, the island had 360 residents with 70 homes, stores and other buildings. It also had its own post office, two-room school with two teachers, a church, baseball team, community center, and a doctor. The islanders supported themselves mainly by dredging for oysters, fishing for shad and crabbing. 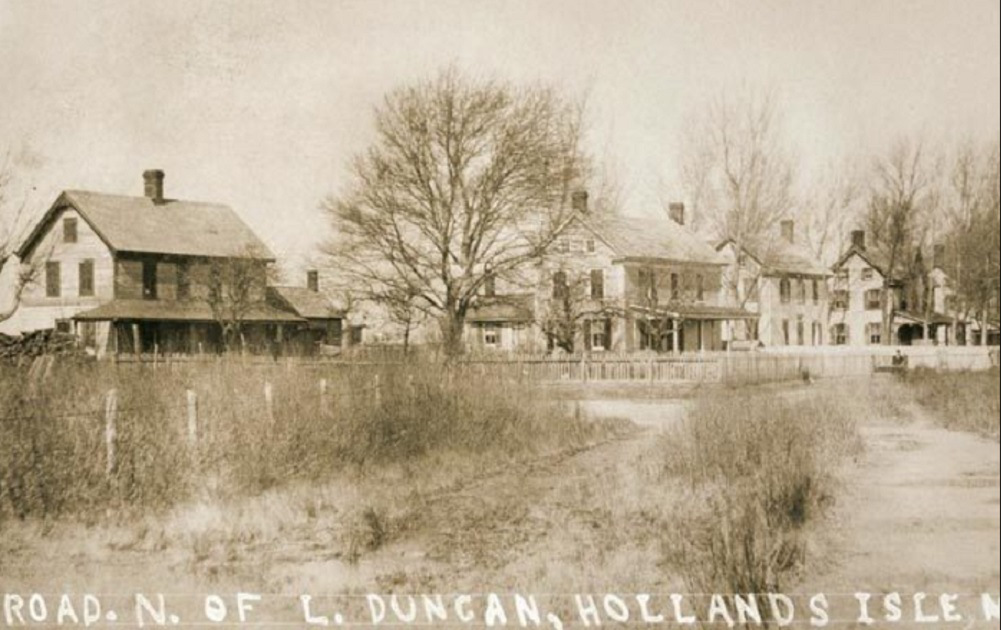 However, the wind and tide began to erode the west side of the island where most of the houses were located in 1914 and the residents were force to move to the mainland. “Many disassembled their houses and other structures and took them to the mainland, predominantly Crisfield. Attempts to protect the island by building stone walls were unsuccessful. The last family left the island in 1918, when a tropical storm damaged the island’s church. A few of the former residents continued living on the island during the fishing season until 1922, when the church was moved to Fairmount, Maryland.”

Another island closeby is following the same pattern. Smith Island, Virginia is gradually disappearing in the Chesapeake Bay at a fast clip. The island has been shrinking in size for centuries, due to a combination of its low elevation and storm erosion.

Smith Island is the only remaining inhabited offshore island group and was charted by Captain John Smith as early as 1608 as “The Russell Isles.” The island residents are one of the region’s oldest English-speaking communities, which is known for its relic accent, preserving speech patterns from the original English colonial settlers. “The island was first settled between 1659 and 1686 by English and Welsh settlers, to whom today’s inhabitants can trace their genealogy going back twelve generations.

Smith Island is on the border of Maryland and Virginia territorial waters in the United States. The island has been shrinking in size for centuries, due to a combination of its low elevation and storm erosion.

Smith Island is the only remaining inhabited offshore island group and was charted by Captain John Smith as early as 1608 as “The Russell Isles.” The island is inhabited by one of the region’s oldest English-speaking communities, which is known for its relic accent, preserving speech patterns from the original English colonial settlers. It was settled between 1659 and 1686 by English and Welsh settlers, to whom today’s inhabitants can trace their genealogy going back twelve generations.

Many historic books about the settlers of Virginia mention Smith island by name. The New Encyclopædia; or, Universal Dictionary of Arts and Sciences written in 1807 by Encyclopaedia Perthensis states the following: Smith’s Island, an island on the coast of Virginia, the Southermost (sic) of the range, that lies along the coast of Northampton and Accomack Counties.

Though claimed to be named after John Smith in this book, Smith’s Island is actually named after Henry Smith, an early land owner.

Because of its strategic location near the mouth of the Chesapeake Bay, the Island has had many famous visitors, besides John Smith over the years. Some of theses include:

Bestselling novel RIBBON OF LOVE: 2nd edition – A Novel of Colonial America (Tapestry of Love Book 1) is the story of a first family in colonial America who fled England to escape religious persecution – E-book

The series is also available in paperback.

The Iceman Made Life Easier Before the Arrival of Electricity
Emma Abbott defied minister and defended her profession in a Nashville, TN Church service
Don't miss the stories, get a daily dose of history