GROWING UP IN WEST TEXAS

Dad told me a story about his family moving to a different place when he was about 12 years old. It was probably close to Memphis, Texas, Hall county. It was in the wintertime. Dad said not far from the house there was a large rock formation.

There was a large crack in one of the large rocks. Dad said that him and his brother would make torches and drop down into the crack. He said that they would look around in the small cave. They didn’t find anything. 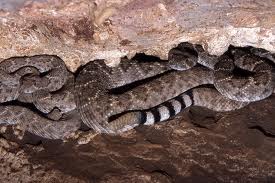 Later in the spring time his dog started chasing a cat. The cat jumped down into the crack in the rock. He said that he never heard so many rattle snakes as there was in the cave. He told his dad about it. Grandad got a few sticks of Dynamite and drooped them down into the crack. That got rid of the snakes and the cave. He said he never saw any snakes as long as they lived there.

While living at the same place. Dad said his brother Henry. Was in the barn sitting down. Dad said he got a long stick and sharpened the end of it. And ran it through a crack in the wall. And punched his brother with it. He said Henry jumped up and looked around. 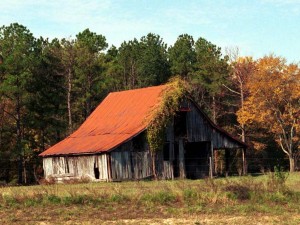 He thought a snake had tried to bite him. He didn’t see any thing. So he sat back down. Dad said in a few minuted he again ran the stick through the crack. And stuck Henry again. Henry jumped up again. Dad said he started laughing and Henry heard him. He came out of the barn and caught him. He said Henry gave him a good whipping that time.

Where they lived was on a large ranch. The ranch kept a few milch cows in a pasture of about forty acres. Dad said part of his job every day was to get the milk cows and put them in the barn. So they could be milked. He said that a cowboy came there one day. 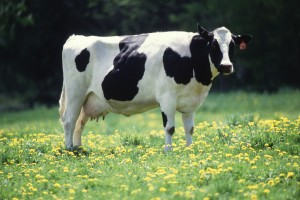 The rancher had hired him to break horses to ride. He put his horse in the pasture with the milk cows. Dad said that afternoon when he went to get the milch cows. The mans horse saw him. The horse raised his head up, opened his mouth and ran toward Dad as fast as he could. Dad said he ran for the fence and got out of the pasture.

Later when the cowboy came in. Dad told him about the horse chasing him out of the pasture. He said the man laughed and told him to come with him. They went out to the pasture where the horse was. The man got his bridal and whistled at the horse. He said the horse saw them and again raised his head and laid his ears back and started to run toward them as fast as he could. The man held the bridal up. He said when the horse got to them. He put his head into the bridal. The man said that he had trained the horse to do that. After that when Dad went to get the cows. The horse would do the same thing. Dad said he didn’t pay any attention to him. 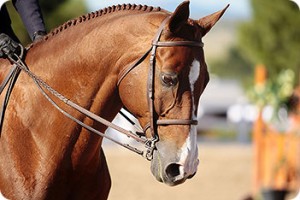 In later years. Dad said he rode the rails. (As a hobo) He said there wasn’t many cars on the roads then, If you wanted to go any where and didn’t have the money for a train ticket. You could (ride the rails as a hobo.) As long as you didn’t get caught by the Rail Road Bulls. (The men that the Rail Road hired to keep the hobos off of the fright trains. Dad said that he got caught a few times and and they made him get off of the train the next time it stooped. (Then the trains could only travel about a hundred miles. Before they had to stop and take on water for the engine.) 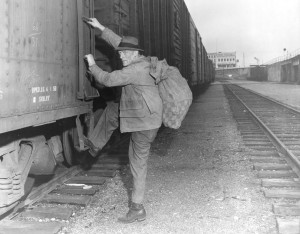 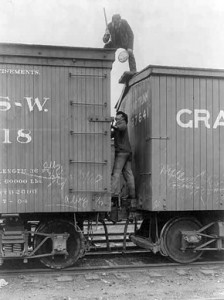