In 1987, the small town of Roosevelt received national publicity when a man who never sought the position and did not want to be was elected mayor.

Roosevelt, New Jersey has a rich history. The town was actually started as a Resettlement community for Jewish immigrants in the New York garment district of New York.

The Great Depression led to hardship across the United States and during President Roosevelt’s administration many concerted efforts were made to pull the nation out of the economic devastation affecting citizens. Through the “New Deal”, Several co-operative homesteads were established throughout the country. The Jersey Homesteads near Hightstown, New Jersey was one of these.

The video below is of a resident of Jersey Homestead, now called Roosevelt, New Jersey. 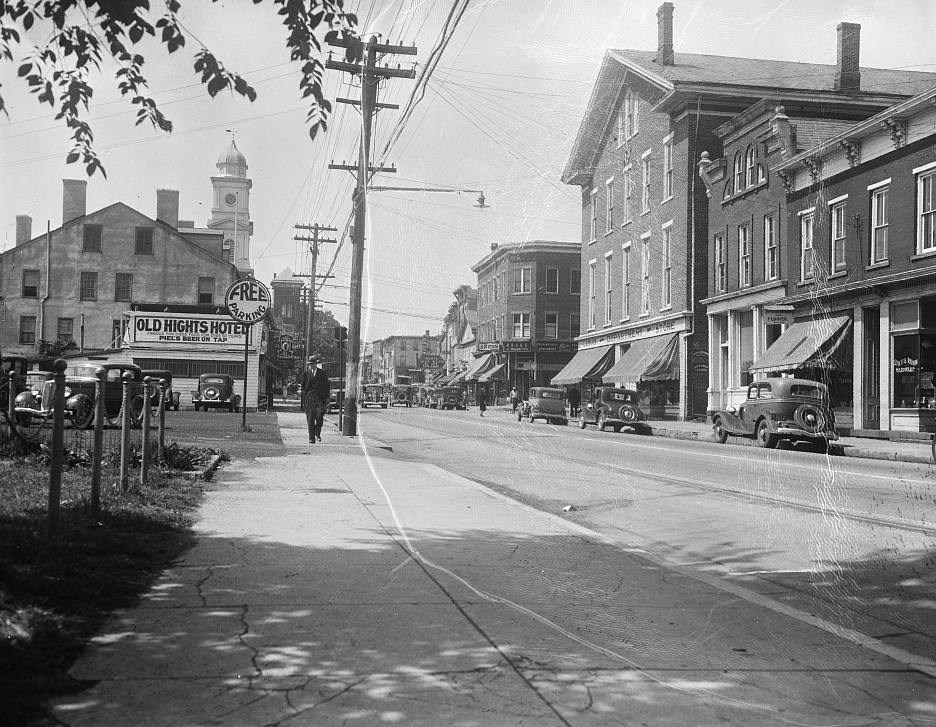 In early 1933, Title II, Section 208, of the National Industrial Recovery Act (NIRA) created the Division of Subsistence Homesteads, the purpose of which was to decentralize industry from congested cities and enable workers to improve their standards of living through the help of subsistence agriculture.

(Scene from the Bronx tenement district from which many of the New Jersey homesteaders have come. New York – photograph by Arthur Rothstein Dec. 1936) 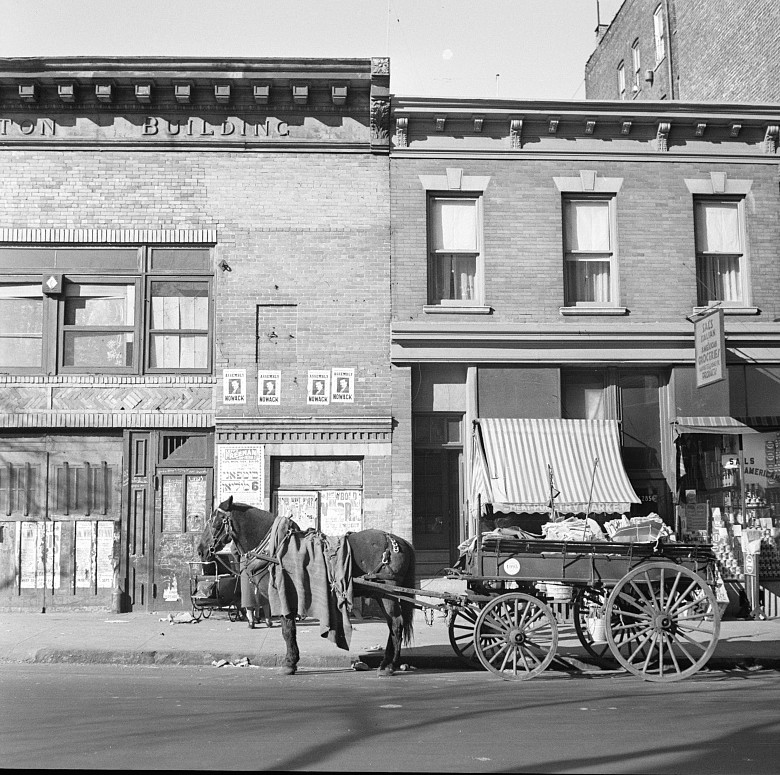 “Jersey Homesteads was unique, however, in that it was the only community planned as an agro-industrial cooperative which included a farm, factory and retail stores, and it was the only one established specifically for urban Jewish garment workers, many of whom were committed socialists.”1 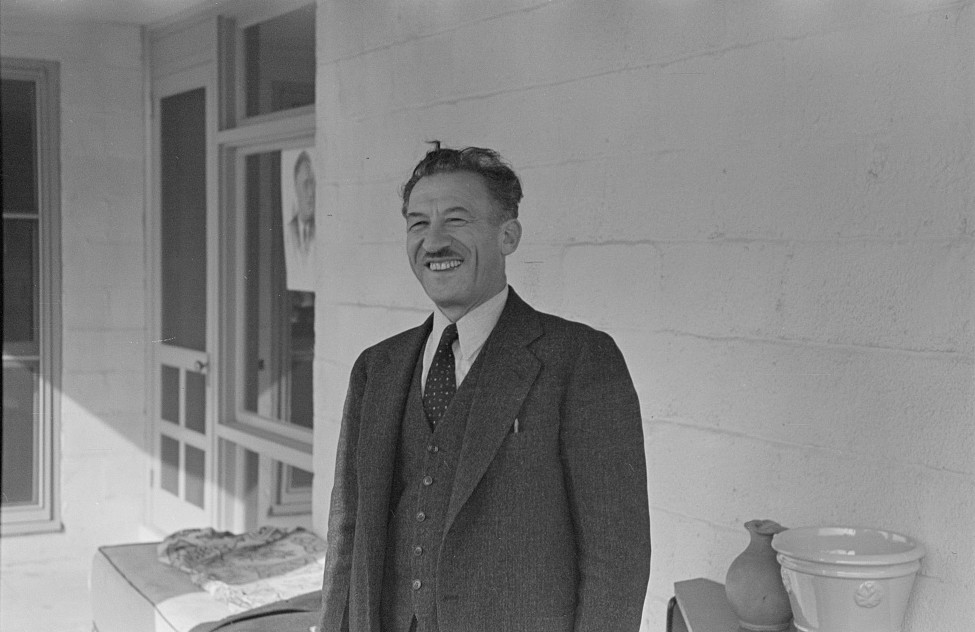 “Benjamin Brown, the immediate father of Jersey Homesteads, was a Jewish emigrant from the Ukraine. Coming to the United States in 1901 at the age of sixteen, he worked his way through college and became an enthusiastic organizer of rural co-operatives, beginning with the Central Utah Poultry Exchange in 1919.” 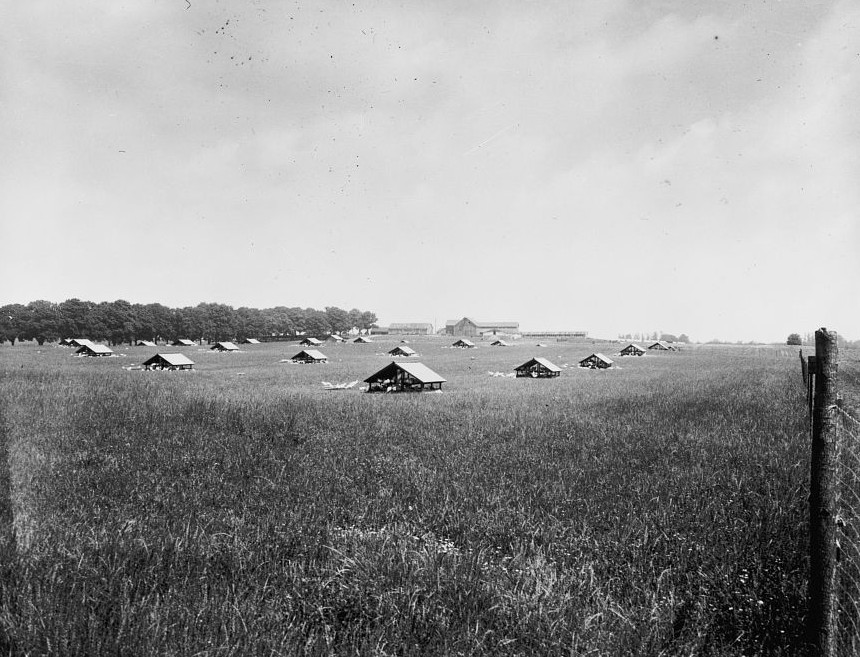 (Chickens belonging to one of the members of the Jewish poultry cooperative at Liberty, New York by photographer Paul Carter 1936) 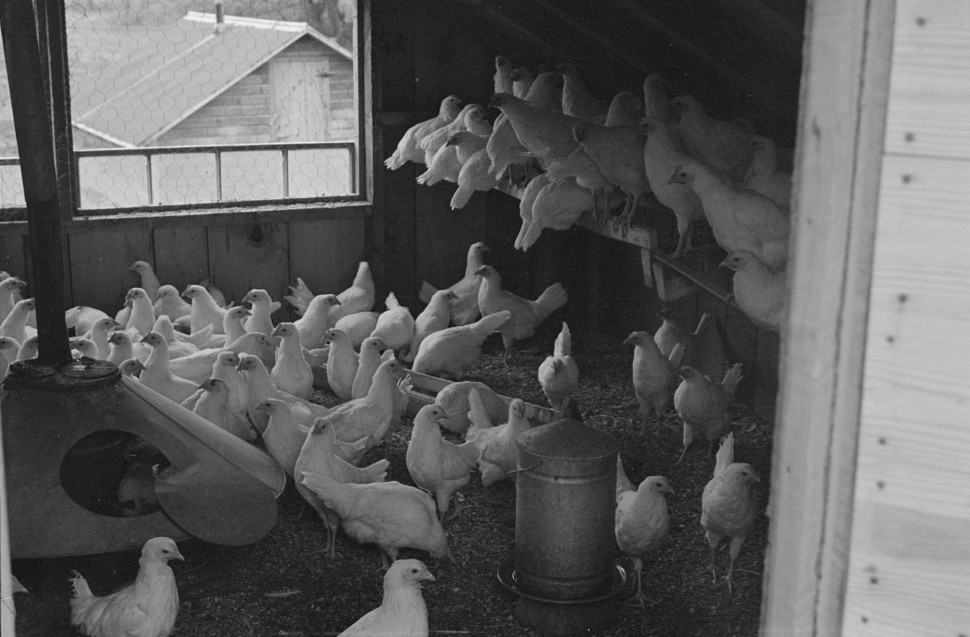 (Cart removing chicken manure at the farm of one of the members of the Jewish poultry cooperative, Liberty, New York – photograph by Paul Carter 1936) 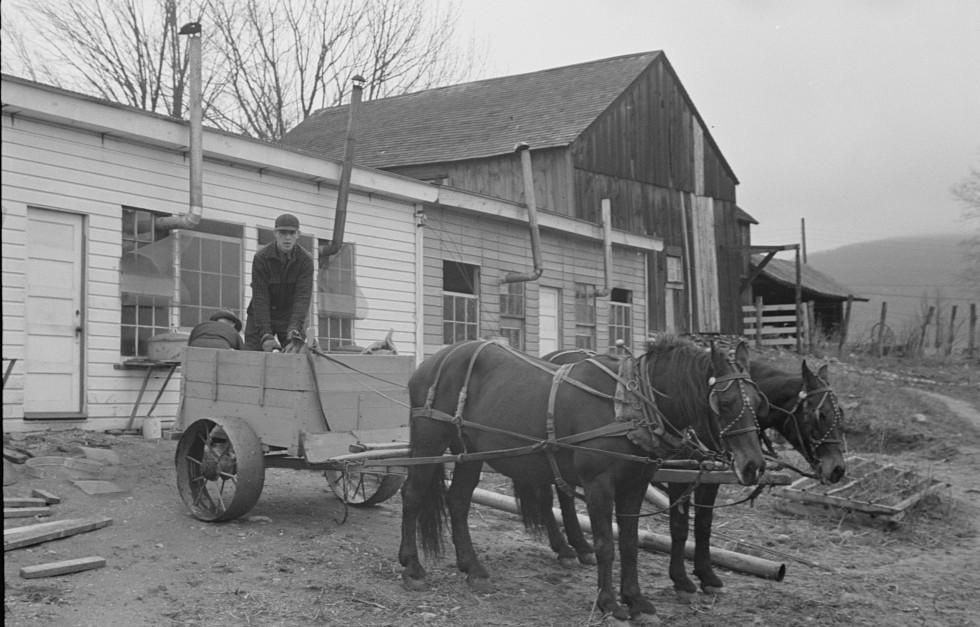 “By 1925, Benjamin Brown was managing a distribution organization in New York City which served several Western farm co-operatives and had an annual business of $12,000,000. As accomplishment to his enthusiasm for farm co-operatives, Brown had long desired to establish co-operative agricultural and industrial colonies for the Jewish needle-workers of New York City.

In 1928 Brown was a member of a delegation of Americans which traveled to Russia to help in the organization of a distribution system in Biro-Bidjan, the all- Jewish colony in the Soviet Union. Also on the trip was M. L. Wilson, who sympathized with Brown’s desire to remove the garment workers to the country.”1 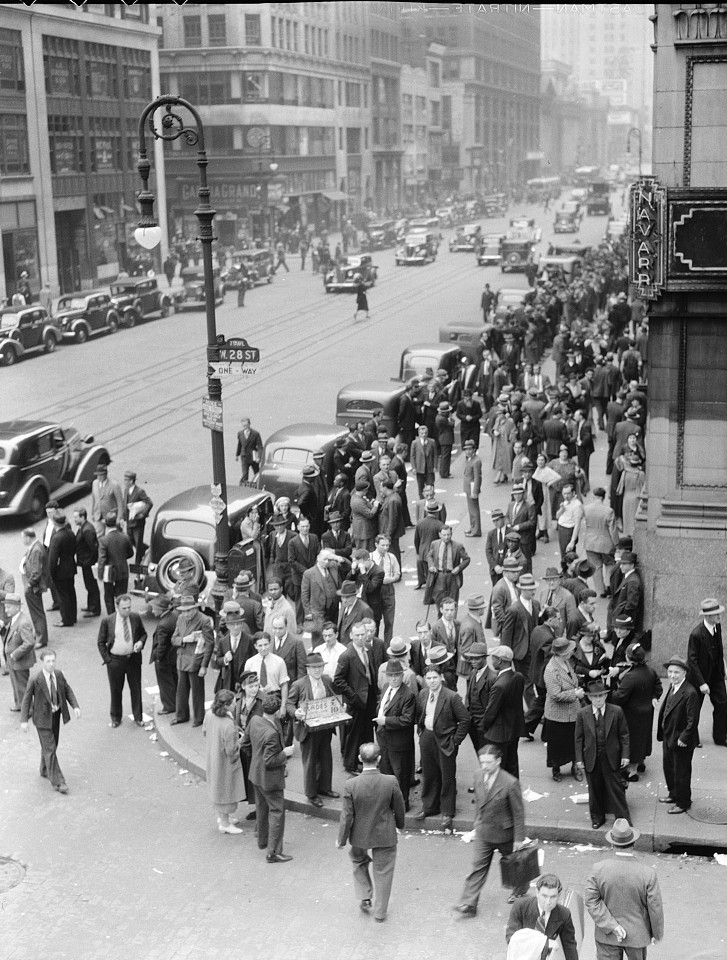 “The all co-operative Jewish colony in New Jersey was the culmination of a long history of Jewish agricultural and industrial colonization in the United States that reached back beyond 1881.”2

“Because of numerous restrictions on landownership and constant per-
secutions and migrations, the ancient Jew, a nomadic herder or a
farmer, became, by 1800, almost exclusively a city dweller.”

“After the assassination of Alexander II of Russia in 1881, a series of pogroms and restrictive laws forced thousands of Jews to emigrate to the United States and other countries. Among the intelligentsia of these emigrants was an organized agrarian group, Am Olam, which, beginning in 1881, established several abortive and a few lasting farm colonies in the United States. A number of these featured collectivist plans; all were founded without previous farming experience, without adequate guidance, and without sufficient funds. The first settlement was at Sicily Island, Louisiana, with others following in Arkansas, Kansas, Colorado, South Dakota, and New Jersey. Only the New Jersey colonies survived.”1 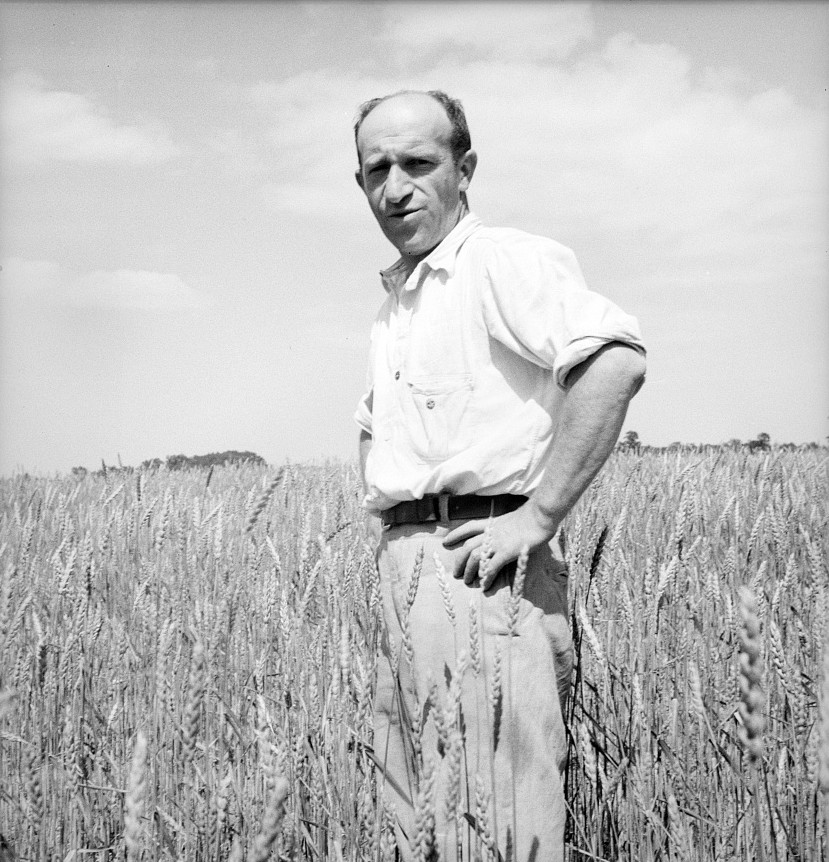 “In the back-to-the-land movement of the Great depression the Jewish Agricultural Society was swamped with applications for aid in locating and buying farms, but was handicapped by a lack of funds. Yet its long work in directing farm settlement, in granting farm credit, and in part-time farming quickly became a part of the New Deal program.

One of its members. Henry Morgenthau, Jr., became the first director of the Farm Credit Administration. 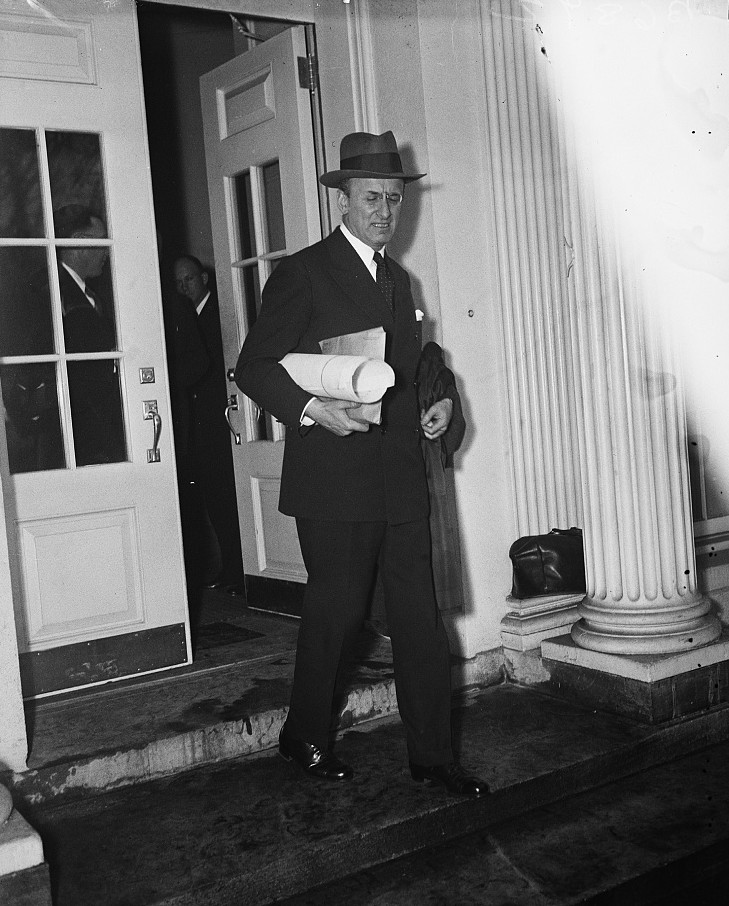 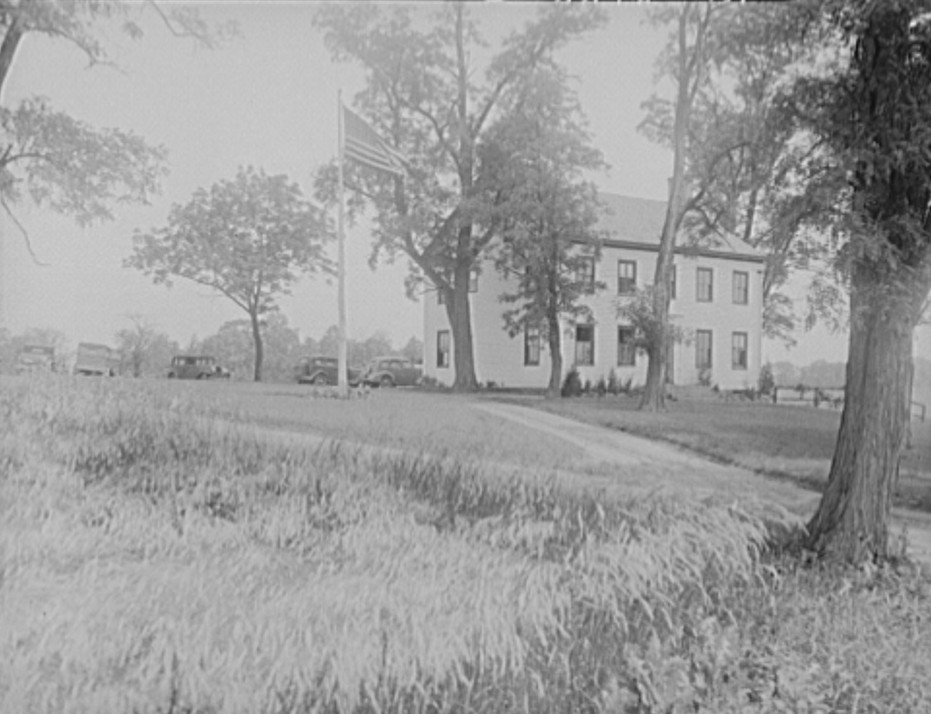 “In June, 1933, leaders of three Jewish labor bodies, the Workmen’s Circle, the United Hebrew Trades, and the National Jewish Workers’ Alliance, were willing to meet in a conference in New York City to study Benjamin Brown’s back-to-the-land proposals. The conference resulted in the formation of the Pro-visional Commission for Jewish Farm Settlements in the United States, with Brown as chairman. The commission, which in addition to support from labor organizations included among its members Rabbi Stephen S. Wise, Isador Lubin, Chief of the Bureau of Labor Statistics, and, later, Albert Einstein, planned to give form and direction to the back-to-the-land movement. Jersey Homesteads, which became its first effort, was planned as the first of a series of similar colonies, although no others were ever actually attempted.”1 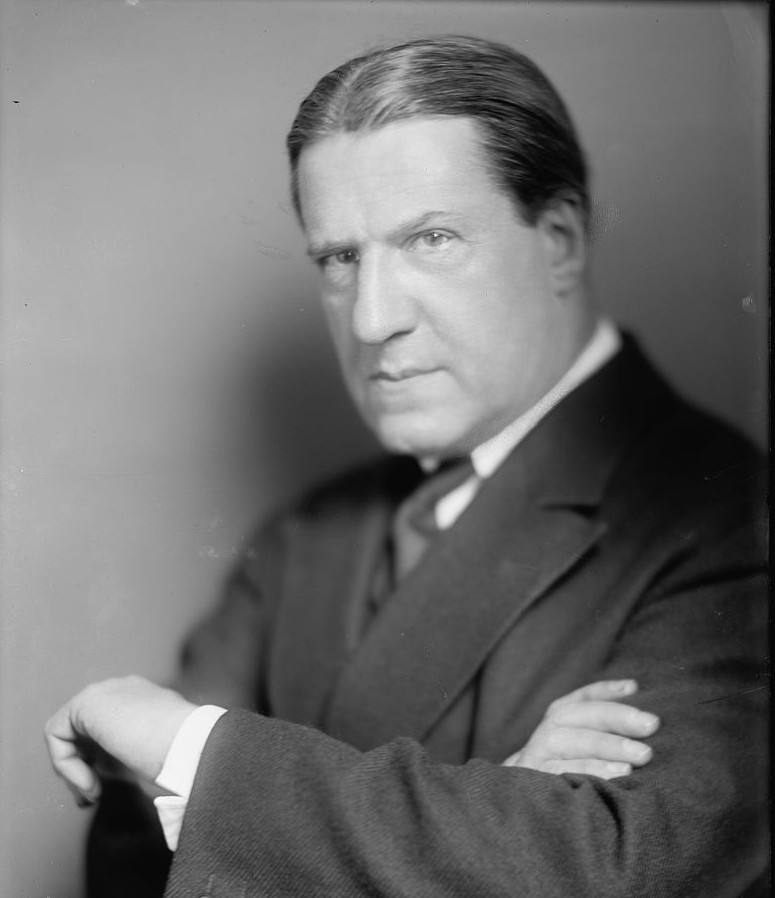 “With the announcement of the subsistence homesteads program, Benjamin Brown and his commission applied for a loan of $500,000 from M. L. Wilson and the Division of Subsistence Homesteads. The plan proposed by Brown was for a colony of 200 skilled Jewish needle-workers, who were to become self-sustaining through subsistence farming combined with seasonal employment in a co-operative garment factory. Small individual homestead plots were to be supplemented by a community truck garden, dairy, and poultry plant, all operated co-operatively. Completing the circle of co-operative activities was to be a community store to sell the community-produced products.”1

(Meeting of the Industrial Board of Hightstown, New Jersey) 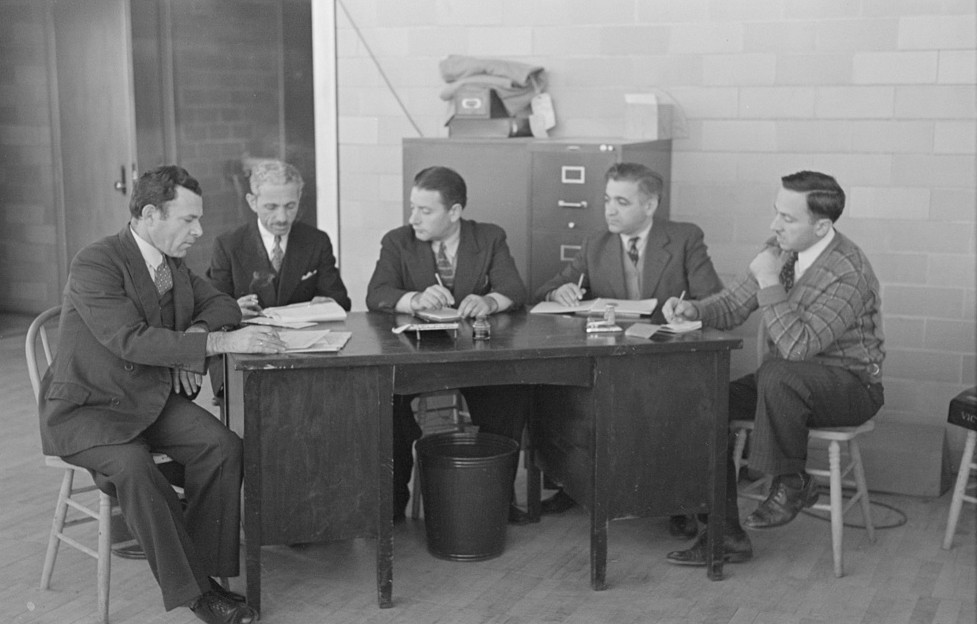 “The cost of such a colony, including the factory, was estimated at $600,000, with $100,000 to be provided by the 200 homesteaders, who were to contribute $500 each. After investigation, the Division of Subsistence Homesteads approved Brown’s plans and granted him the loan in December, 1933. Under the early policies, Brown and his commission became the Board of Directors of a Jersey Homesteads Corporation, which was authorized to develop the colony with a minimum of government supervision. Brown had already determined on a 1,200-acre tract of fertile land about five miles from Hightstown, New Jersey, and proceeded to buy it for $96,000 in December.”1 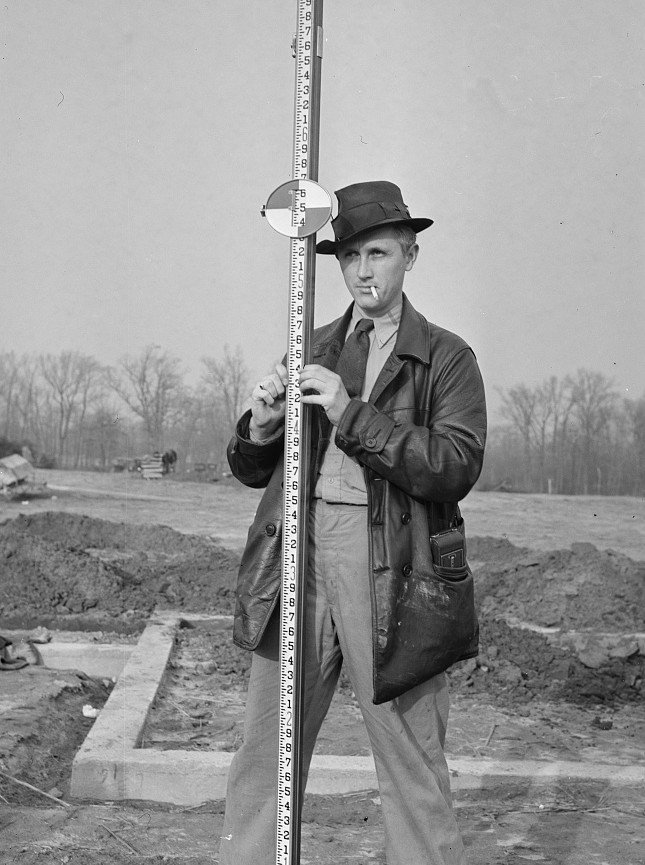 “In January, Max Blitzer, a former assistant to the president of William and Mary College, was appointed project manager by the local corporation. The first announcement of the project resulted in 800 applicants for homesteads, despite the $500 down payment. Jersey Homesteads seemed well under way.”1

(Portrait of a U.S. Resettlement Administration official associated with the Jersey homesteads project at Hightstown 1935) 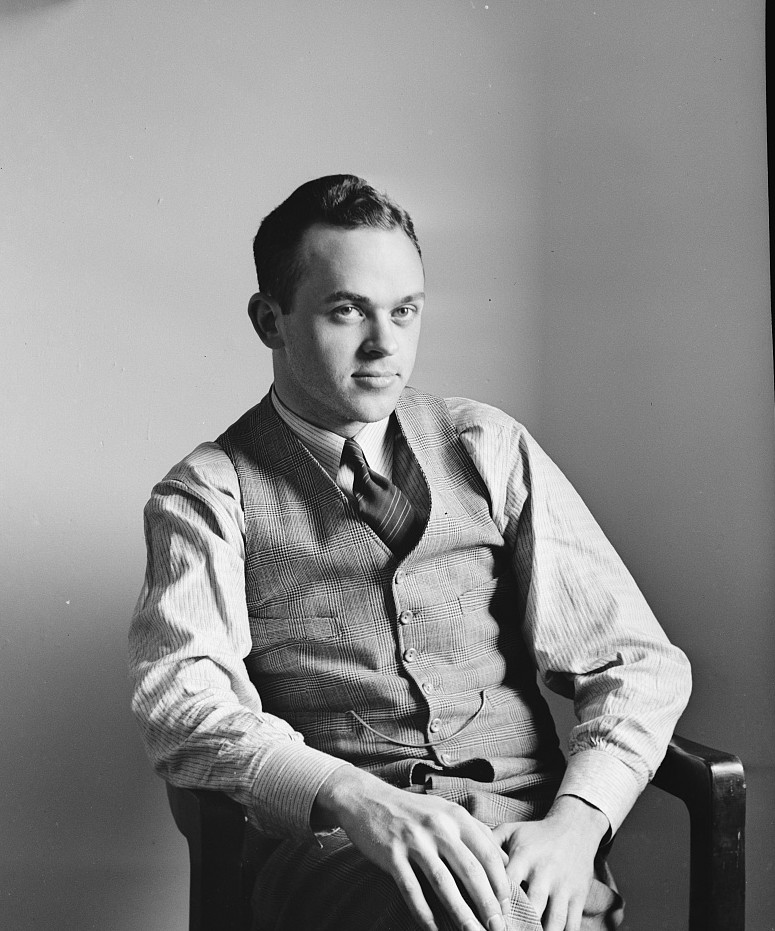